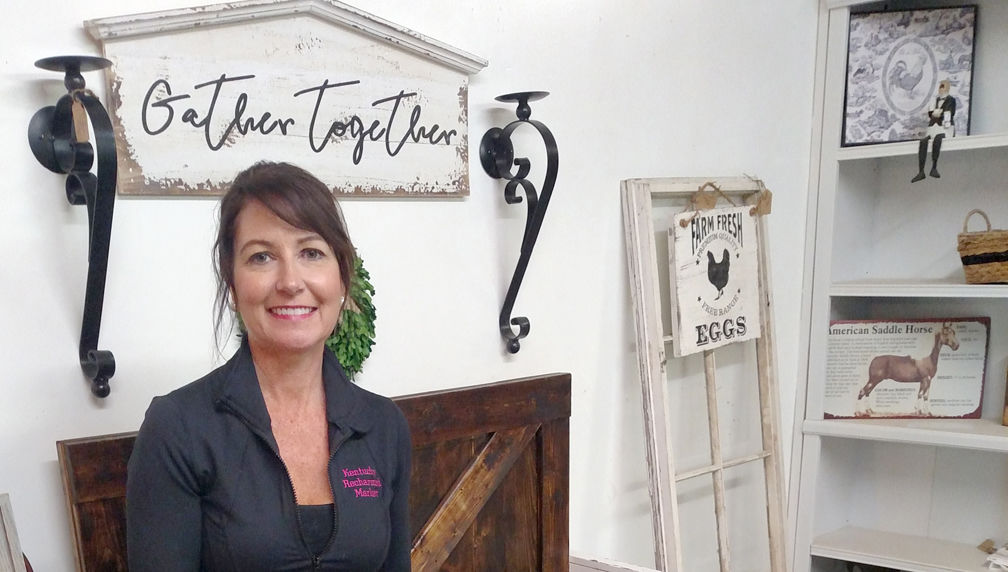 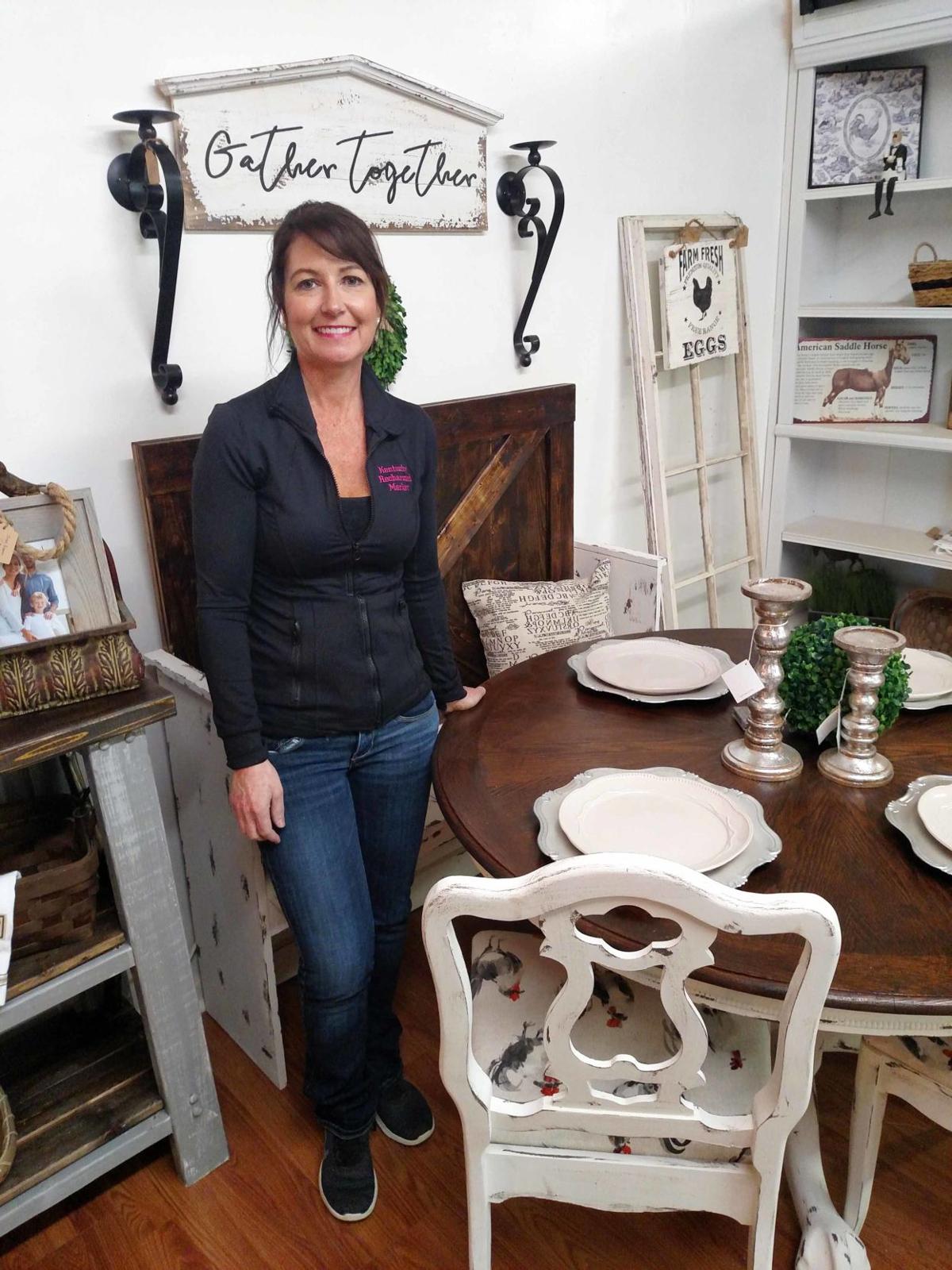 Julie Willis has turned a lifelong interest in woodworking into a business, Kentucky Recharmed Market, and has opened her own shop at 507 Pierce Lane. She builds some pieces and restores others. (Photo by Phil Case)

Julie Willis has turned a lifelong interest in woodworking into a business, Kentucky Recharmed Market, and has opened her own shop at 507 Pierce Lane. She builds some pieces and restores others. (Photo by Phil Case)

From the time Julie Willis was a little girl, she’s been interested in anything associated with wood — and she got it honestly from her grandfather and father.

“I was surrounded by a lot of talented people,” she said. “My grandfather would give me wood scraps he’d cut to paint and draw designs on. He taught me a lot.”

The Frankfort native’s grandfather was the late Stewart Morris, and her father is James Morris.

“Through the years I’ve tried to budget and reuse furniture. I repair it and repaint it and it might be called ‘decorating on a dime.’”

“When our daughter left for college at Western, I had more time. I helped a friend stage a house that didn’t sell. I took the furniture, painted some of it and sold it at a market. I was surprised what I sold.”

Willis and her husband, Stewart, have two children. Ally is 20 and Trey, 26. Stewart doesn’t do woodworking.

She says she does more painting of old furniture but has built some pieces. “I did six or seven pieces for a doctor at UK.”

Willis builds tables in the shop she’s walled off in her store. “They’re in the farmhouse style, which is very popular now.” Appropriately, the shop is behind a pair of barn doors.

She also refurbishes items that people have discarded, calling that endeavor “gently used pieces brought back to life.”

In 2018 she moved about 100 pieces of furniture. She opened the shop last September. “Things were going so well I was taking up one of our garages at the house.”

Still working full time for the state, after eight hours at her job she comes to the shop and works four or five more.

“Right now I don’t have regular (shop) hours,” she said, “I’m just open by appointment.” She still has three more years before she can retire and devote all her energy to the business.

“I’ve held open houses. I make appointments and anyone wanting to see what I have can call me at 502-545-2160. People can also see my work at designgirl123@outlook.com or message me on my Facebook page, Kentucky Reclaimed Market.”

Willis said many of her customers are young adults in their 20s and 30s who are buying houses. “They like the farmhouse look.”

She speaks often of giving vintage pieces new life. “I have a lot of energy — and this isn’t like work. I love what I’m doing.”

And that’s what a hobby that becomes a business should be.

No new COVID-19 deaths in Kentucky

Will the new ALDI in Frankfort alter your grocery shopping habits?