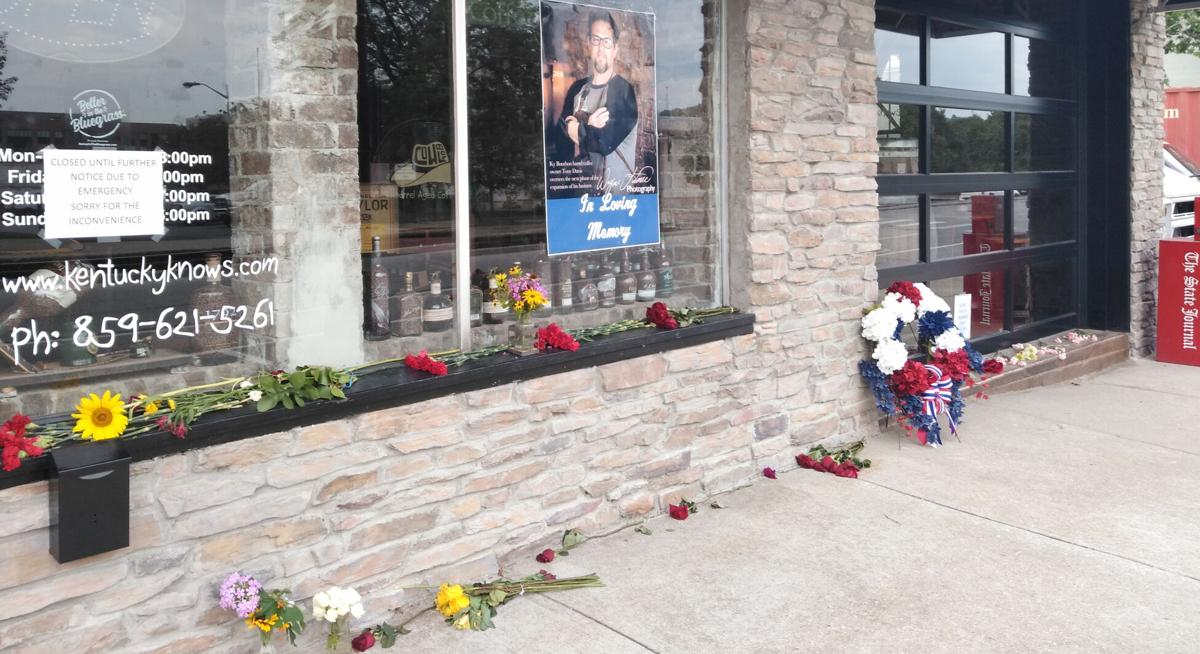 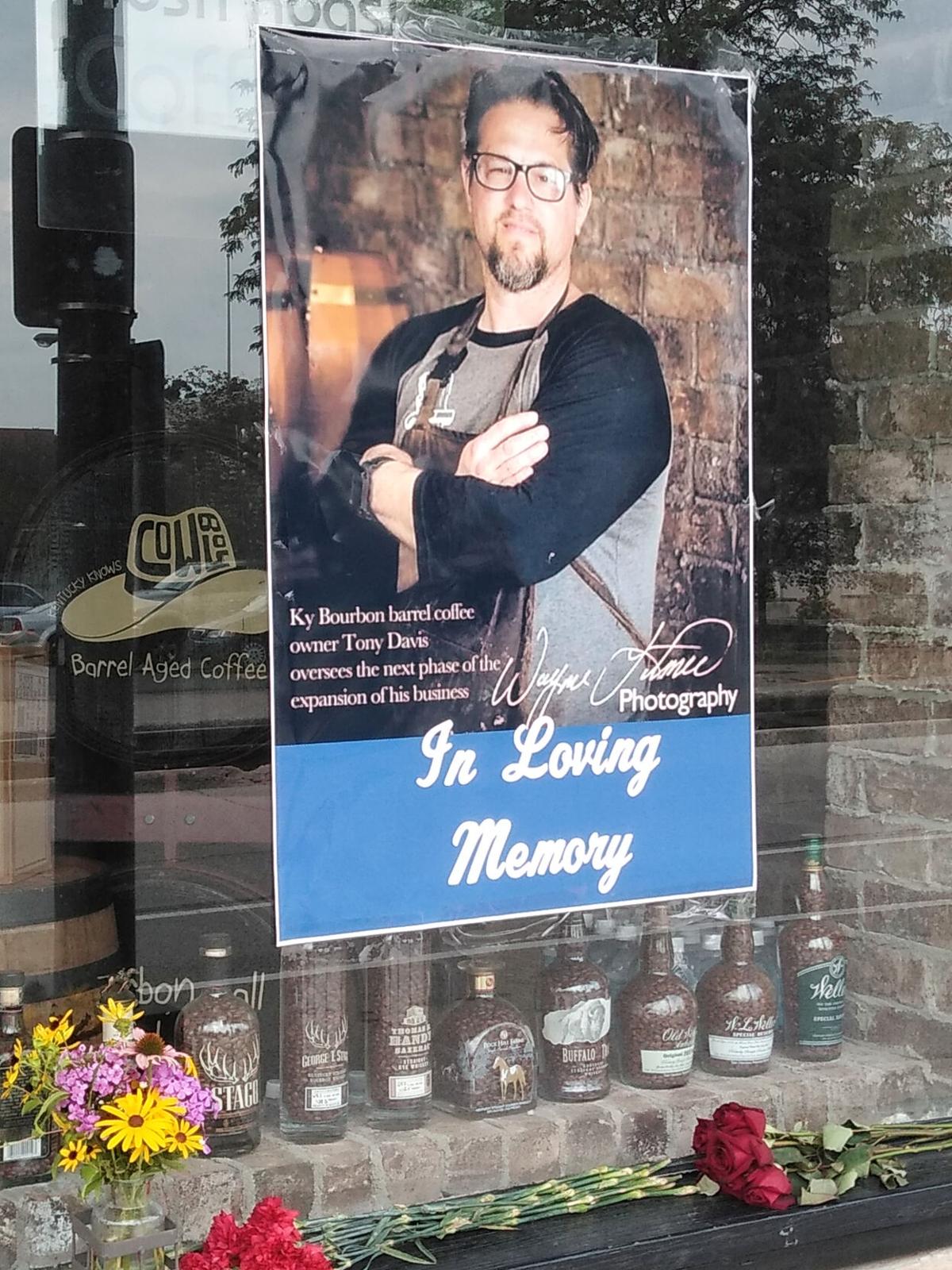 Many folks have left flowers, mementos and notes outside Kentucky Knows at 337 W. Broadway in memory of owner Tony Davis. He died earlier this week. Davis was seriously injured in a motor vehicle accident in mid-July. His shop and online store have been closed since. Funeral arrangements have not been announced. (Chanda Veno | State Journal)

Friends, neighbors and strangers have been leaving flowers, mementos and notes at the specialty coffee shop on Broadway to honor the memory of its owner.

Tony Davis, who founded Kentucky Knows, died earlier this week. The shop and online store have been closed since he suffered serious injuries in a motor vehicle accident in mid-July.

Davis was known throughout the community as a proud veteran of the Marine Corps and for his giving spirit.

He opened Kentucky Knows, which specialized in crafting a variety of coffee flavors aged in Buffalo Trace Distillery barrels, at 337 W. Broadway in late 2016 and became a fixture in the downtown Frankfort community.

A gathering of family and friends for Daviswill be from 1-2 p.m. today at Clark Legacy Center in Nicholasville, 601 E. Brannon Road, followed by a service at 2 p.m. The service can be viewed live on Clark Legacy Center’s facebook page www.facebook.com/ClarkLegacyCenter.