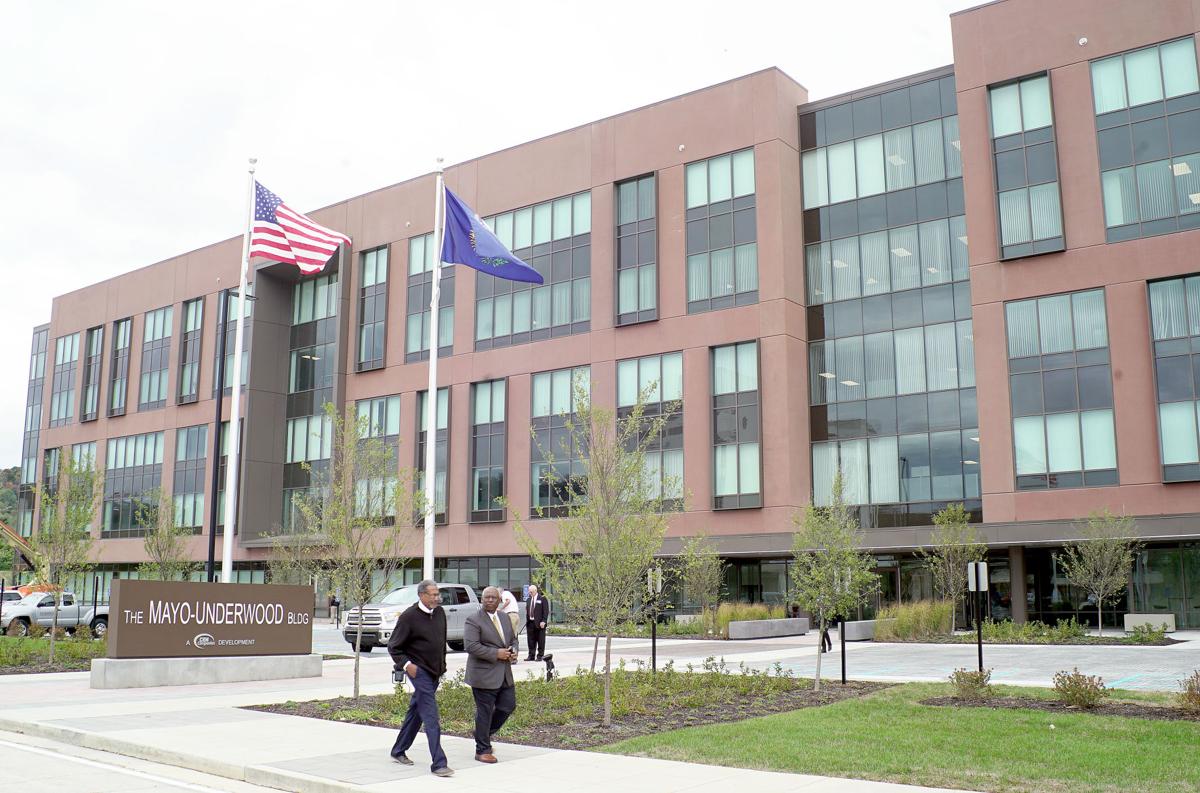 The Mayo-Underwood Building was officially dedicated Wednesday with a ceremony. After the ceremony, tours for the public were held. (Photo by Chris Easterly) 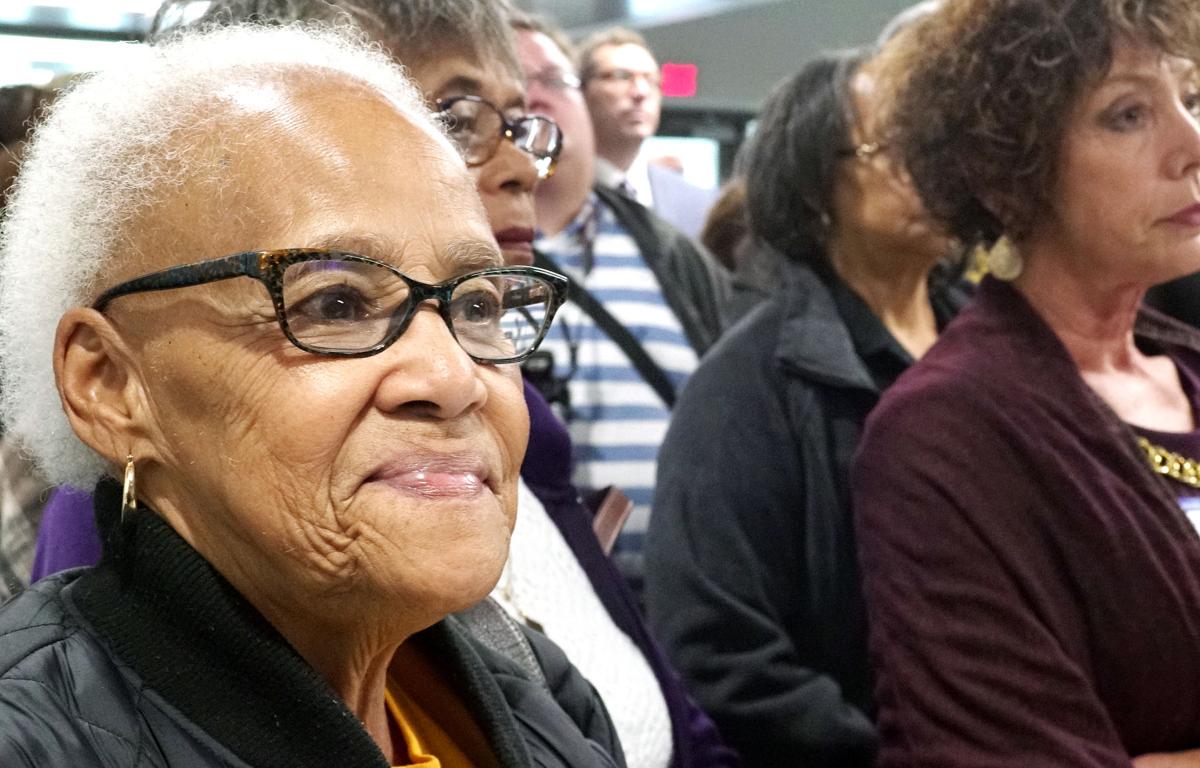 Barbara White, a 1957 Mayo-Underwood School graduate, listens during the dedication of the Mayo-Underwood Building Wednesday. (Photo by Chris Easterly) 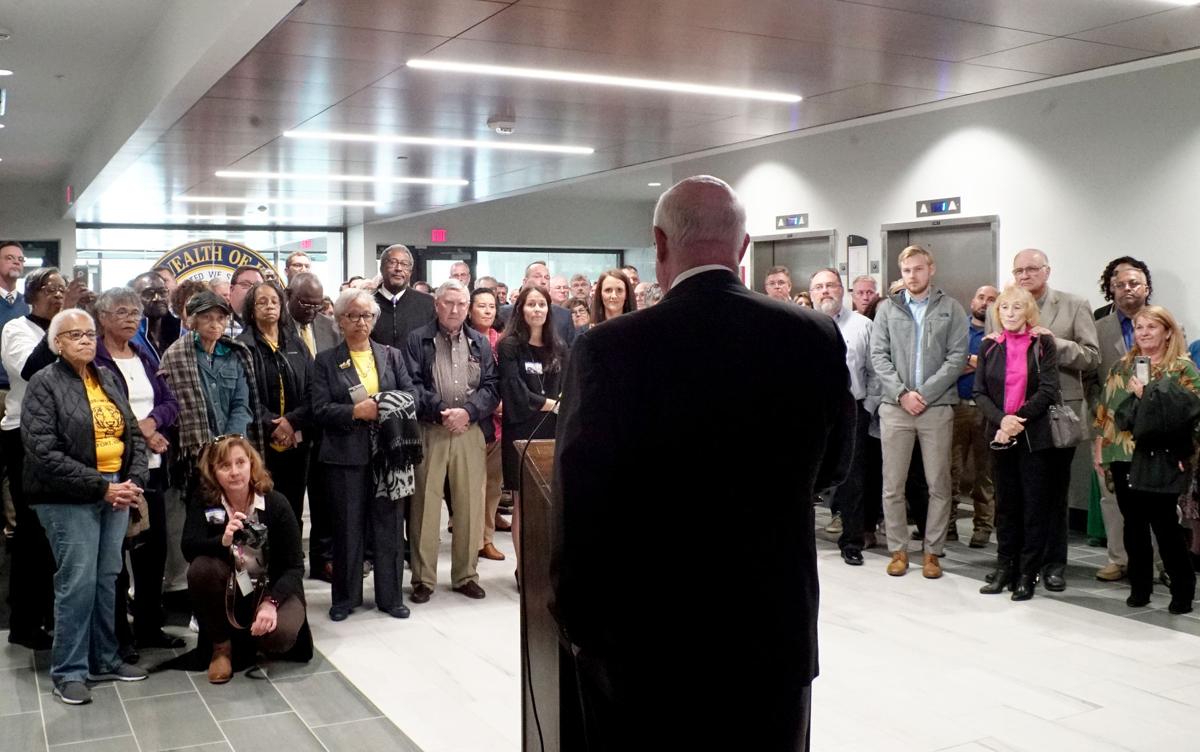 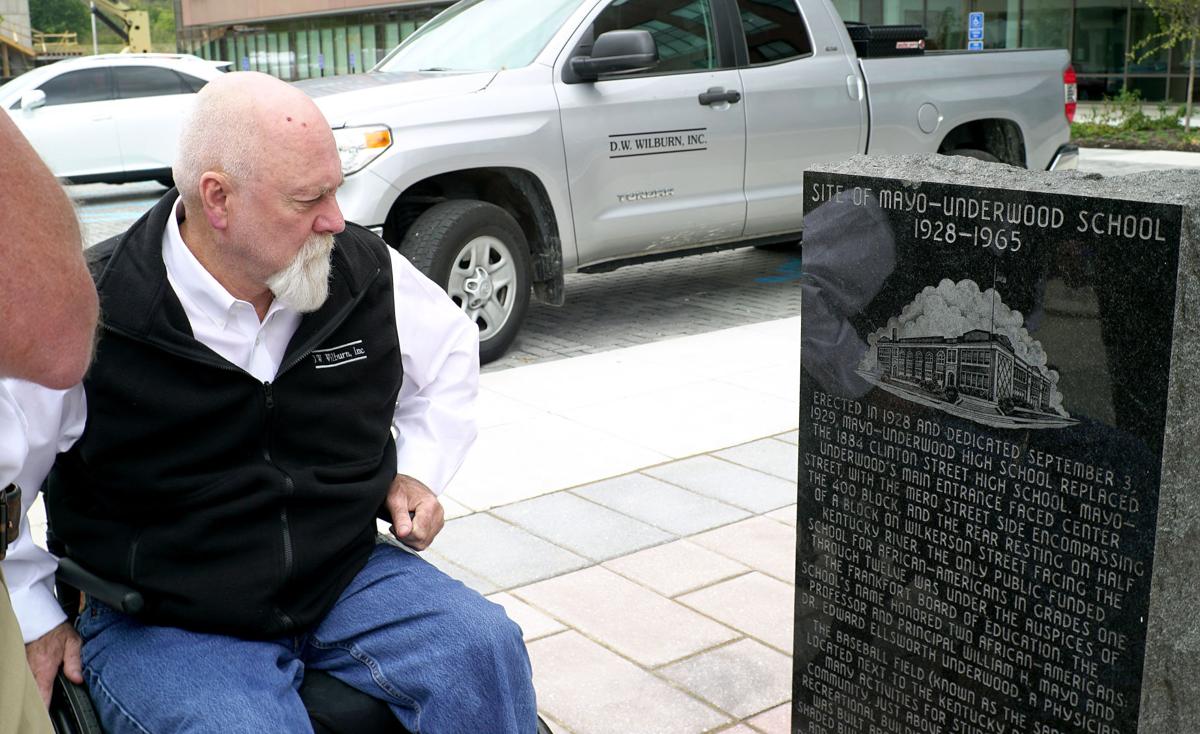 The Mayo-Underwood Building was officially dedicated Wednesday with a ceremony. After the ceremony, tours for the public were held. (Photo by Chris Easterly)

Barbara White, a 1957 Mayo-Underwood School graduate, listens during the dedication of the Mayo-Underwood Building Wednesday. (Photo by Chris Easterly)

An upbeat crowd packed the front foyer of the new Mayo-Underwood Building for its official dedication on Wednesday.

The four-story, 385,500 square-foot building, which will house nearly 1,600 state employees, replaces the Capital Plaza Tower that loomed above downtown Frankfort for 46 years.

“It’s a special time for the people in this city,” Finance and Administration Cabinet Secretary William Landrum III said.

He thanked Doug Wilburn, general contractor for the project, and his team. “He knows how to plan and he knows how to execute his plans,” Landrum said of Wilburn.

The new building was completed almost five months ahead of schedule, on budget, and meeting required safety standards.

Most importantly, he acknowledged the building’s links to the city’s past. The new structure stands at the former site of the Mayo-Underwood School, Frankfort’s African-American educational institution.

“By naming the Mayo-Underwood Building, my intent was to remember and recognize what was here before, to honor the past while we move into the future,” Landrum said.

“It’s really nice,” White told The State Journal. “I graduated in 1957. I was the first female and the first African-American to be in the state register of Kentucky.”

A monument and plaque recognizing those who attended the school stands outside the entrance to the new building. Landrum encouraged the crowd to learn more about the school’s history and students.

“They’re people who represent the history of Frankfort,” he said. “Please take a moment and really look at those names and the families and the history that’s behind each one of those names.”

Craig Turner, president and CEO of CRM Companies, the project’s Lexington-based developer, praised the “beautiful, environmentally friendly, energy-efficient and employee-centric building.” He acknowledged the strong cooperation between the project’s team, and state, city and county governments. Turner said that most of the rubble from the old tower was used as the foundation for the new building.

“A lot of projects we do don’t have the impact like this one does to a community,” Turner told The State Journal. Turner’s first job was with the commerce cabinet in the old tower. He was there when the building was imploded in March 2018. “As somebody that used to work in the tower, it was kind of a unique experience to take the tower down.”

Landrum also thanked EOP Architects, the design firm that partnered on the project. He noted that 23 different locations will be consolidated in one building, improving operation efficiencies and business processes.

As the event drew to a close, Landrum showed the crowd a rebar tree sculpture backlit by a purple light in the foyer. Constructed from the old tower’s rubble, it recalls the former building’s history. Twenty-four cherry blossoms represent the 24 floors of the old tower. A steel crawdad refers to the building’s location, once known as “The Craw.”

“My big thing here is from a history standpoint,” Landrum told The State Journal. “I want to keep that link to the past, and also not only with the people that graduated here but with remembering the tower and those people that worked here also.”

The first employees will move into the Mayo-Underwood building on Oct. 28, with plans to have it filled by mid-December. After the ceremony, staff treated visitors to tours of the new building’s fourth floor.

Outside, Wilburn sat quietly, looking at the plaque commemorating the old Mayo-Underwood School. Wilburn didn’t say much. He didn’t need to. The new building—a nexus between Frankfort’s past, present and future—said it all.