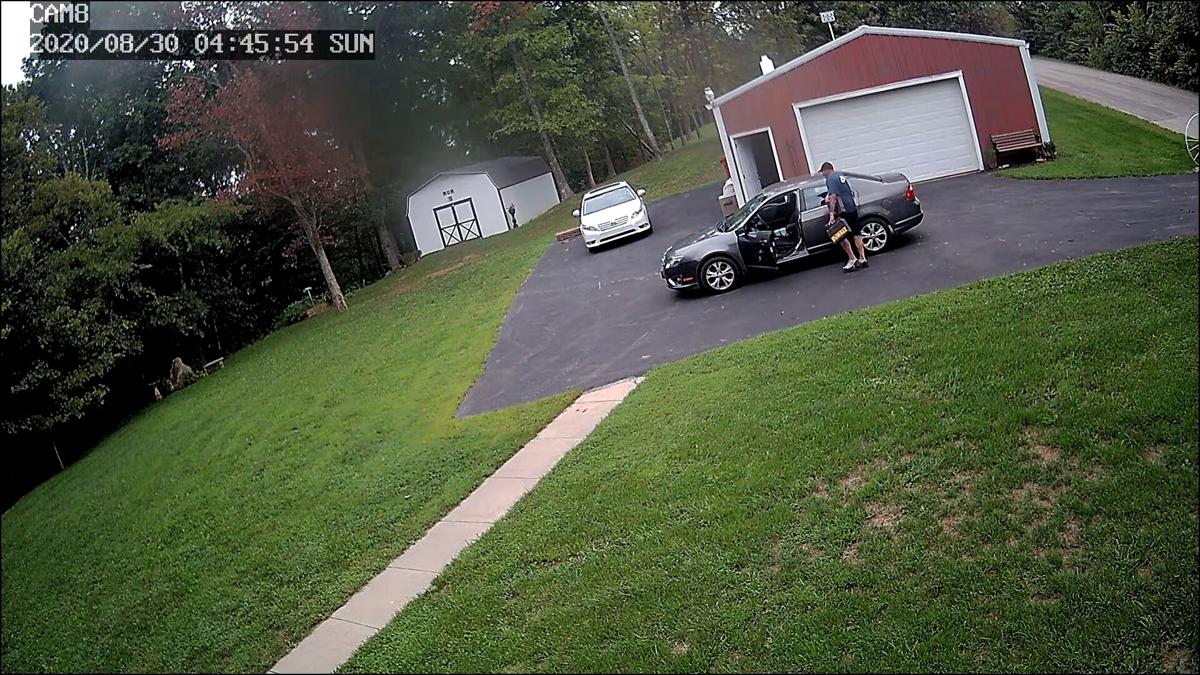 Still from a video of Wylie allegedly stealing from Larry Perkins' garage. 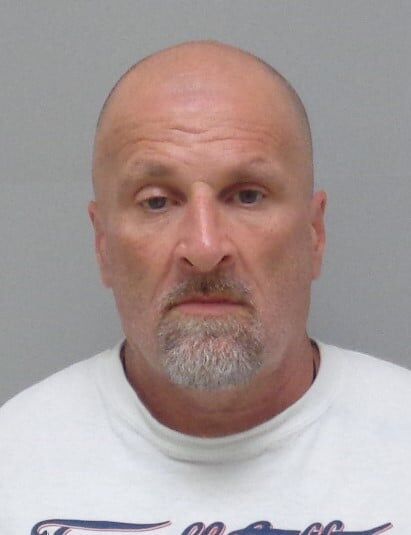 Wylie, 53, is now wanted on five outstanding warrants for charges in Franklin County. Wylie was already wanted on warrants not related to the theft, according to Franklin County Sheriff Chris Quire. The theft took place on Aug. 30.

Perkins is also a member of the Franklin County School Board.

In the video, a man who is allegedly Wylie is seen pulling up to Perkins’ garage around 4:42 p.m. and nabbing several expensive tools from the garage.

According to Quire, Wylie took to Facebook to refute that the man in the video is him.

“It’s funny,” Quire said. “He got on the comments on Facebook and said it wasn’t him. We’re like ‘we still want to talk to you because you have three other warrants.’”

Wylie, possibly unaware that he was being filmed, tried to leave without a trace.

“When he got done he took off his T-shirt and wiped off the doorknobs,” Quire said. “The thing was, he was on video and you can see every item he took. I guess he just didn’t see the camera or thought it was fake.”

Detective Sergeant Lucas Deborde said that Wylie made three separate trips to Perkins’ garage for tools before driving away.

Perkins commented on a post on Wylie’s Facebook page, offering to make peace if Wylie returns his items.

“Robert, I knew your dad well,” Perkins wrote. “I used to haul his band equipment for him. If you bring all my stuff back and leave it, I won’t press charges.”

Wylie needs locking up and the key thrown away. He’s stolen everywhere and the police know it.

Mr. Perkins is awfully nice and understanding about it. He sounds like a quality man.

Mr Perkins is a good man .

But all the understanding in the world won’t help Wylie, his mental capabilities are fried and his sole focus in life is committing immoral actions because of the damage he’s done to his brain with the use of drugs. These pawn shops are havens for addicts and thieves to “cash in” - always have been. Easy to find where he takes his stolen property.

Poverty, not drugs, distorts reality to the point of Wylie believing that he can get away with stealing tools out of Mr. Perkins garage, and then fencing them in Frankfurt without being caught. I don’t know Wylie, and really don’t want to, but I do recognize the signature desperation of mental illness when I see it.

The question is, how to deal with the guy? It’s not a matter of him learning of his mistakes, and acknowledging that he’ll never do it again, because his record indicates that really isn’t working.

I know him and he’s a big strong abled bodied man that has worked and is capable of working . Your right in most cases about poverty, but not this guy.

Back the Blue rally set for Oct. 3

AOC cleaning up from weekend fire