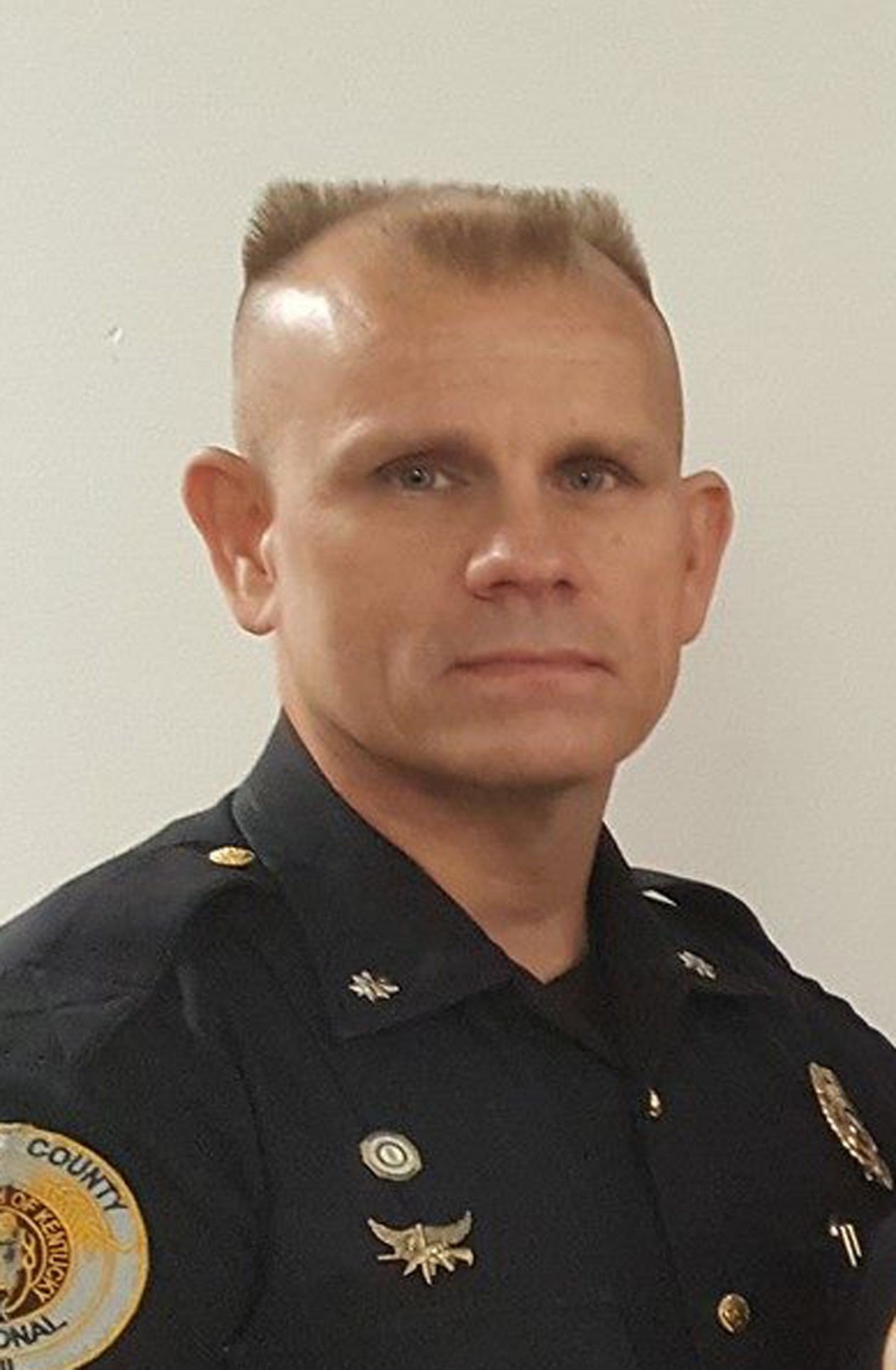 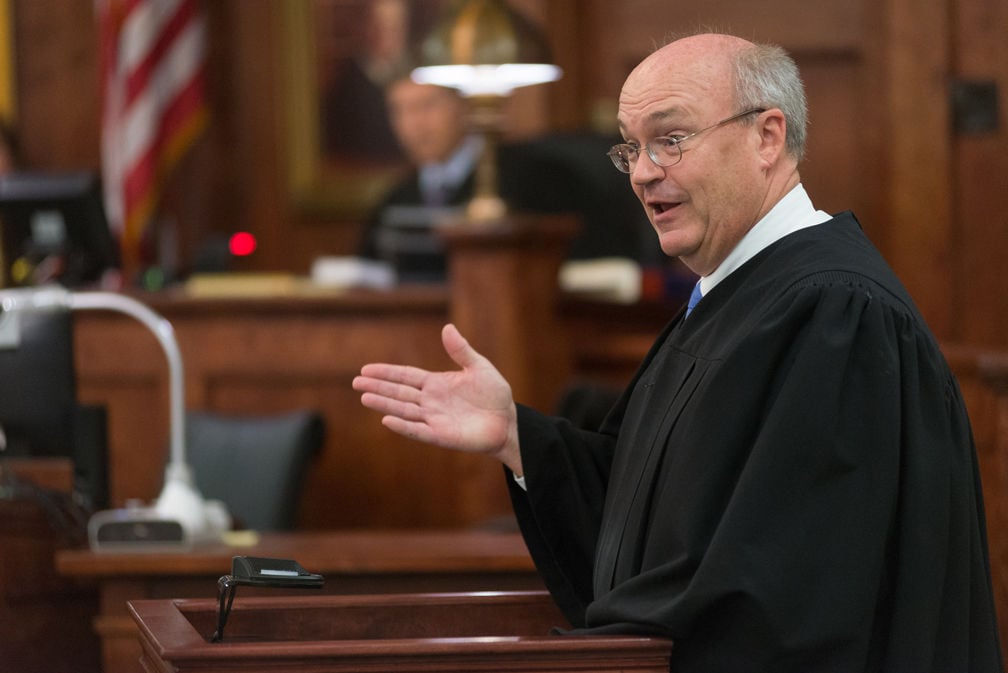 A Franklin Circuit Court judge ruled Wednesday that the county must turn over to The State Journal an unredacted criminal investigation report, which found evidence of sexual misconduct by a former chief deputy at the Franklin County Regional Jail.

Although no criminal charges were brought against Kelly Rouse, the former FCRJ chief deputy accused of sexual harassment in 2018, the investigation — done by an outside law firm — cost the county more than $14,000.

In mid-May 2018, Rouse was placed on paid suspension pending an investigation of the sexual harassment allegations. The investigation was done by attorneys Katherine Coleman and Scott Miller, of Lexington-based Sturgill, Turner, Barker & Maloney, PLLC. 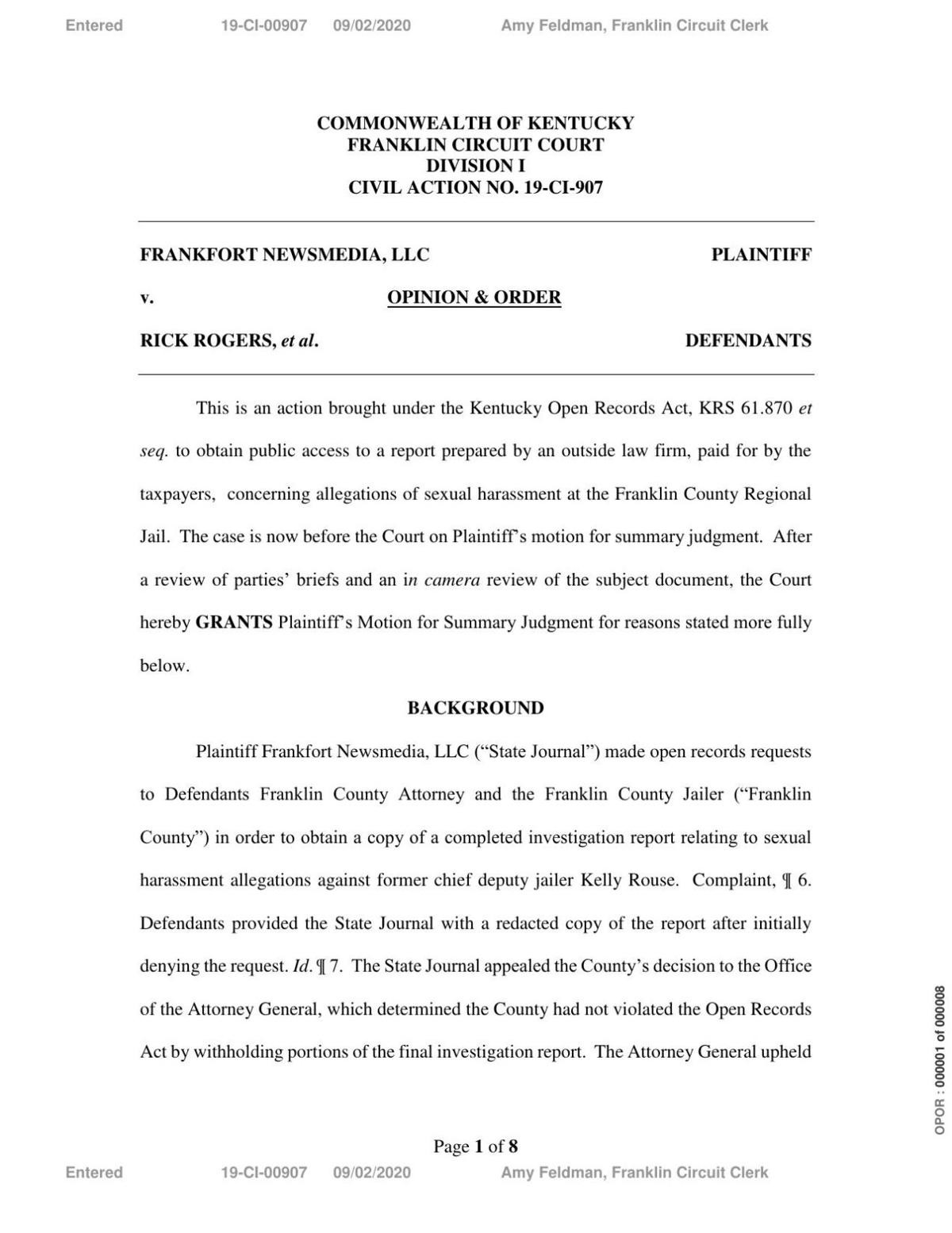 The newspaper filed an open records request with County Attorney Rick Sparks for a copy of investigation report. More than a month later The State Journal was given a heavily redacted copy.

While many details of the findings were blacked out, the report stated that employees at the jail described Rouse as “intimidating” and that he was found to have participated in misconduct.

At the time, Sparks said he “did his best to release what I can while preserving the records of my office,” adding that he left intact the portions of the report that did not pertain to possible criminal activity.

The county attorney also stressed the importance of protecting the identities of the complainants.

“People can get hurt from allegations that are found not to be true,” he explained, citing KRS 61.787, which states that county attorney records pertaining to criminal investigations or potential litigation are exempt from disclosure and remain exempt after enforcement action is completed or a decision to not take action has been made.

However, in his ruling on Wednesday, Franklin Circuit Judge Phillip Shepherd was “unable to find any aspect of the investigation report to be exempt from the Open Records Act.”

“The taxpayers paid for this report,” Shepherd wrote. “They have a right to view it in full.”

The judge’s ruling is a reversal of an appeal for an unredacted copy of the investigation report filed by the newspaper with the Attorney General’s Office. In that August 2019 ruling, the AG’s office stated that Sparks did not violate the Open Records Act by redacting the report.

“The investigation report sought by The State Journal contains summaries and descriptions of interviews with former and current employees of the Franklin County Regional Jail. The court acknowledges the subject matter of the investigation report has the potential to include embarrassing information,” the judge wrote. “But there is no information in the report about purely personal matters.”

Shepherd said that while specific instances laid out in the report may have the potential to lead to identification of those interviewed, the possibility is too remote to be exempt under the personal privacy exemption.

“Through disclosure of complaints and investigation materials, the public can discern whether county agencies — funded by taxpayer dollars — are effectively investigating and addressing employee misconduct,” Shepherd wrote. “It ensures that investigations are handled competently and without favoritism.”

When asked about Shepherd’s ruling Thursday afternoon, Sparks said it was a “thorough opinion.”

“Although I disagree with the conclusions as to the redactions, and being mindful that reasonable minds can reasonably disagree, I respect the court’s learned analysis, decision and guidance,” he told The State Journal. 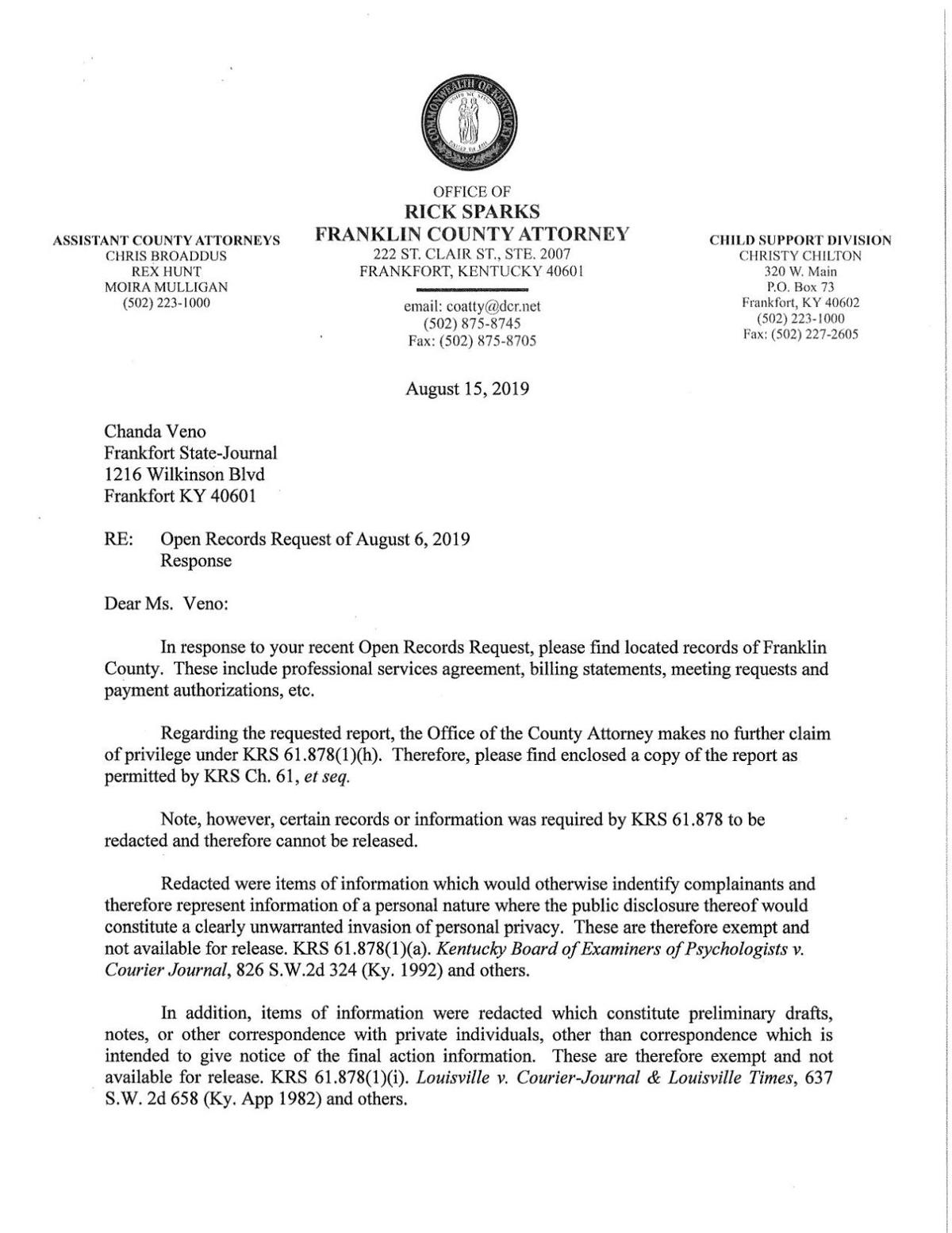 Amye Bensenhaver, who advises The State Journal on open records and open meetings questions, was pleased with the judge’s ruling.

“Once again, the Franklin Circuit Court has demonstrated a clear understanding of the disinfecting power of sunlight by firmly resolving the records access issue before it in favor of public access,” she said.

County Atorney says “ people can get hurt”? Who was he protecting with his redactions? Well that’s easy to see. Must be a case of “Trumpitis “ wanna be “ William Barr” ?