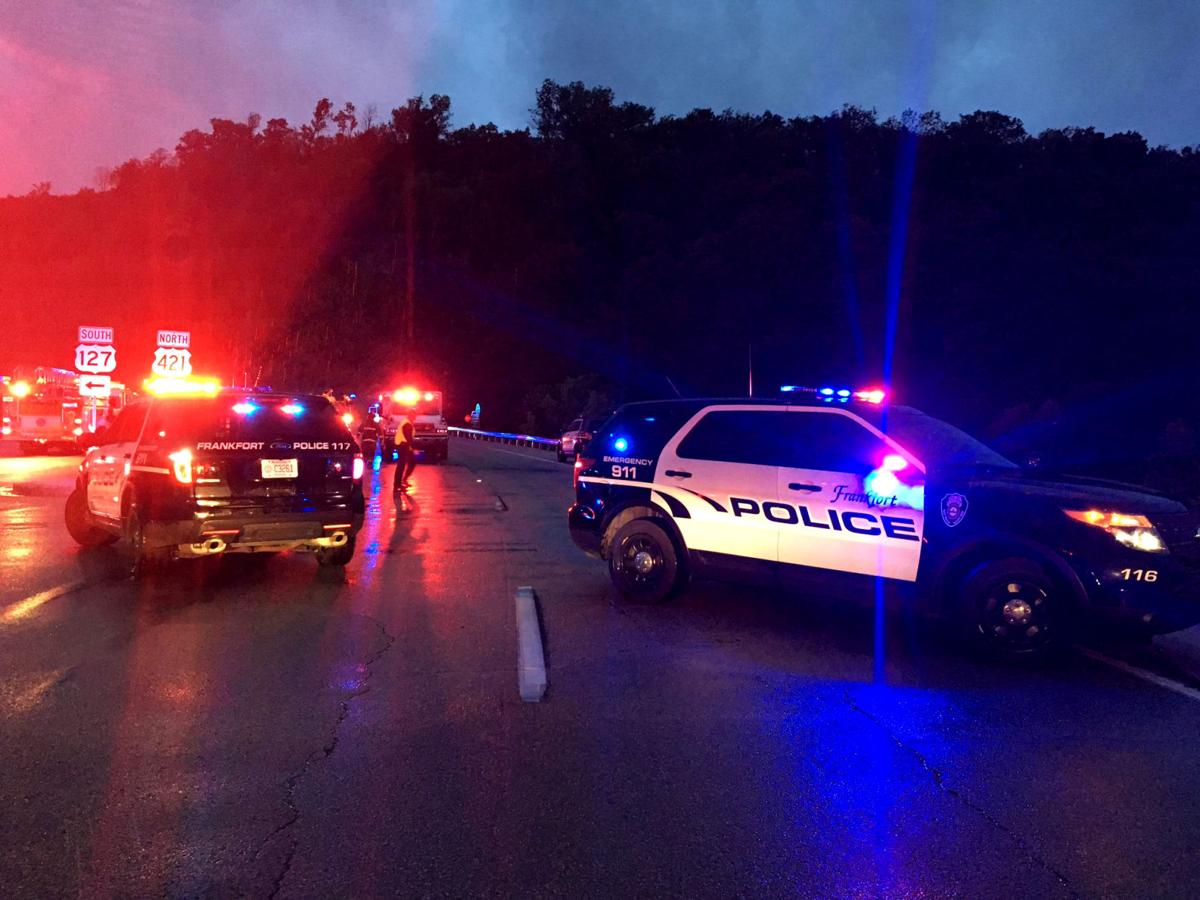 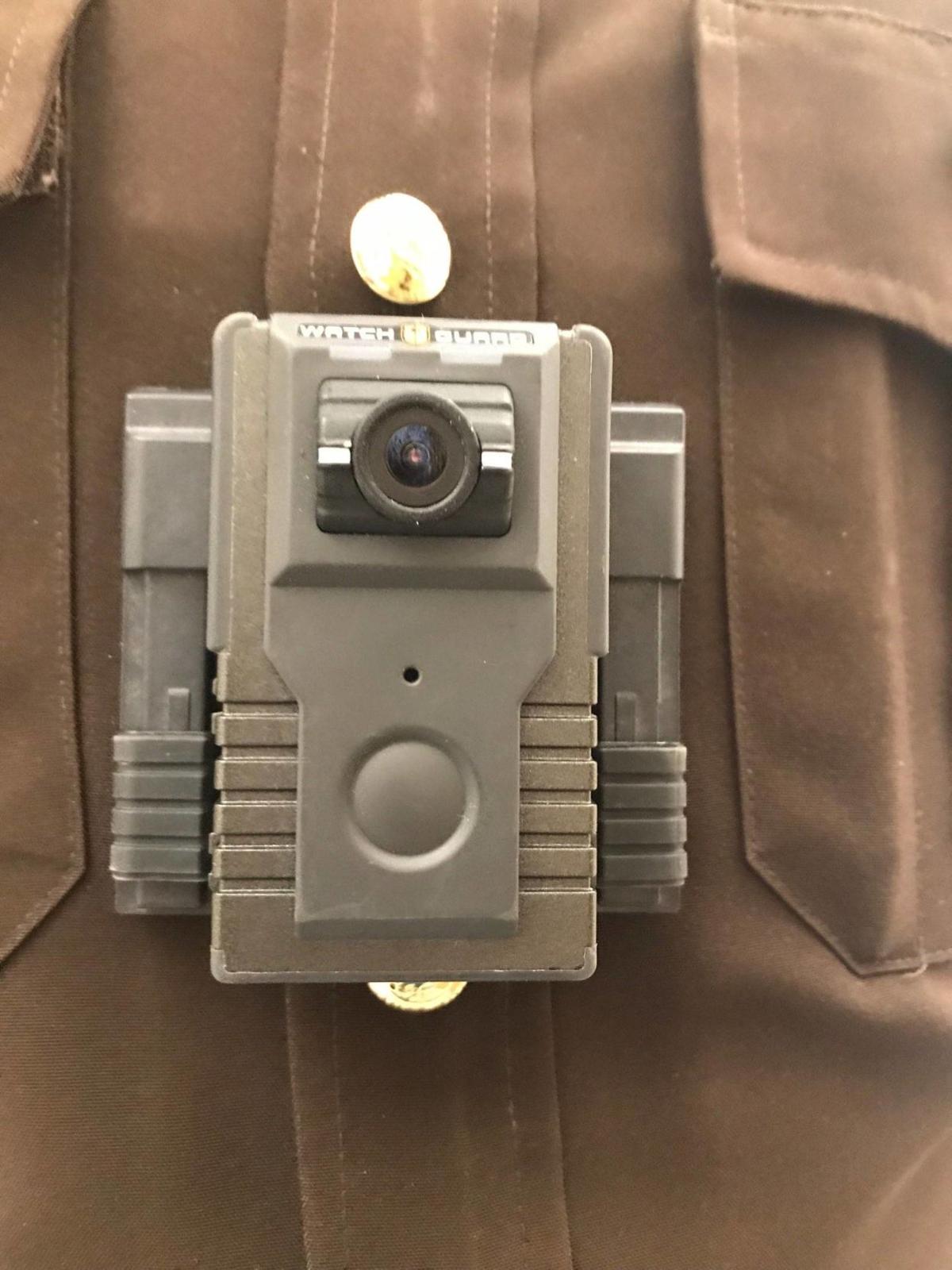 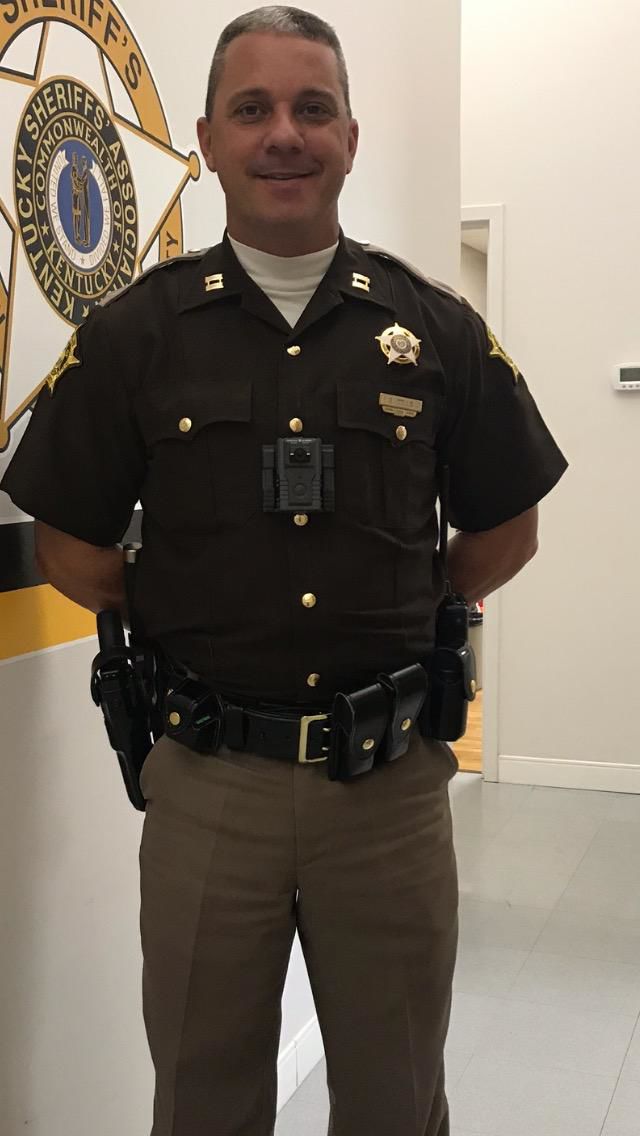 Captain Daniel Wills wears one of three body cameras currently equipped on officers in the Franklin County Sheriff's Office. Both FCSO and Frankfort Police Department hope to have a majority of officers wearing the cameras by the end of the year.

Captain Daniel Wills wears one of three body cameras currently equipped on officers in the Franklin County Sheriff's Office. Both FCSO and Frankfort Police Department hope to have a majority of officers wearing the cameras by the end of the year.

In the high-stakes world of criminal justice, an impartial eyewitness is invaluable.

Not only are the lives of those accused of crimes hanging in the balance; the reputations of law enforcement officers, their departments and their profession are often at stake.

In recent years, agencies across the country have been implementing body cameras in order to have an independent and impartial account of officer interactions with the public. And the fresh faces leading Franklin County law enforcement will be joining the ranks.

While the Franklin County Sheriff’s Office has begun to equip officers with the devices, a majority of law enforcement officers throughout the area are expected to be wearing body cameras by the end of the year.

“It’s more open, more transparent,” said Frankfort Police Chief Chuck Adams. “If we have complaints against officers, we can investigate those more quickly. And we can dispel them if unfounded or discipline if they prove to be true.”

FPD is awaiting word from the U.S. Department of Homeland Security (DHS) on the results of its application for a $90,000 body-worn camera grant. It would match the city dollar for dollar up to $45,000 for the cameras, docking stations and car chargers to equip about 40 patrol officers. The goal is to have most officers wearing cameras by year's end.

“The grant covers all of patrol, and we’ll phase in the remaining departments later in the year,” Adams said. “Whether we get the grant or not, we plan on having them in place by the end of the year.”

“It’s a culture change for the officers,” Quire said. “But they’re finding out that it helps them.”

In the past few months, FCSO has equipped the officers with body cameras out of its own budget, Quire said. And he hopes to be chosen to receive a similar federal grant that FPD is pursuing in order to eventually have all 15 road deputies wearing the devices.

Quire said the only issue to arise has been that some body cams have torn uniforms where they clasp on. That aside, they have proved useful.

A few weeks ago, FCSO received a complaint against an officer from a woman claiming she had been dragged naked out of her house and taken to jail, Quire said. However, the video showed that the officer gave her ample opportunity to get dressed before she was taken into custody in a nightgown.

“When we showed her the video, that was the end of that,” Quire said.

Some law enforcement agencies have shied away from the body cameras, citing the cost. That is among the concerns about the technology expressed by FPD's Adams. But his main concern is not violating federal medical records laws or the public’s right to privacy.

“The main concern will be the increase in public records request and the time it takes to redact those,” Adams said. “The person doing that work has to watch all the video and redact any faces or names of people whose privacy might be violated.”

Adams said the position of custodian over those records is expected to become full time in order to meet the demand. He said the position is non-sworn, so the benefits are not as costly as that of a sworn officer. However, there will still be an additional annual cost to the department.

Adams was not sure what that cost would be.

Quire said he could anticipate storage issues for the amount of data collected by the body cameras. He said that the two agencies have been in discussions about splitting the cost and sharing a server since they already share dispatch and other law enforcement tools.

“A lot of time, the public complains about price for law enforcement upgrades, but I haven’t heard a negative response yet,” Quire said. “It seems like we agree this needs to happen.”

Both Quire and Adams are newly in charge of their respective agencies. And they said the implementation of digital cameras is just something whose time has come.

“It’s not a legacy thing for me,” Adams said. “It’s something we need to do. It’s expected of law enforcement, and I just want to keep up with the times.”

Quire hopes the addition will positively influence the public's perception of police and help citizens understand why officers do certain things.

“Hopefully we’ll all have them one day and change the culture,” he said. “It’s not just about showing the bad things. There’s good you see, too.”