The former Franklin County Schools finance director who resigned last year in the middle of an FBI investigation was indicted Tuesday on nine counts of tax evasion in Franklin County Circuit Court.

Lesley Wade, 44, who turned in a resignation letter to the school district last summer was charged with nine counts of willfully filing or making false tax returns or failure to pay taxes, a Class D Felony. The charges span from 2011 to 2019. 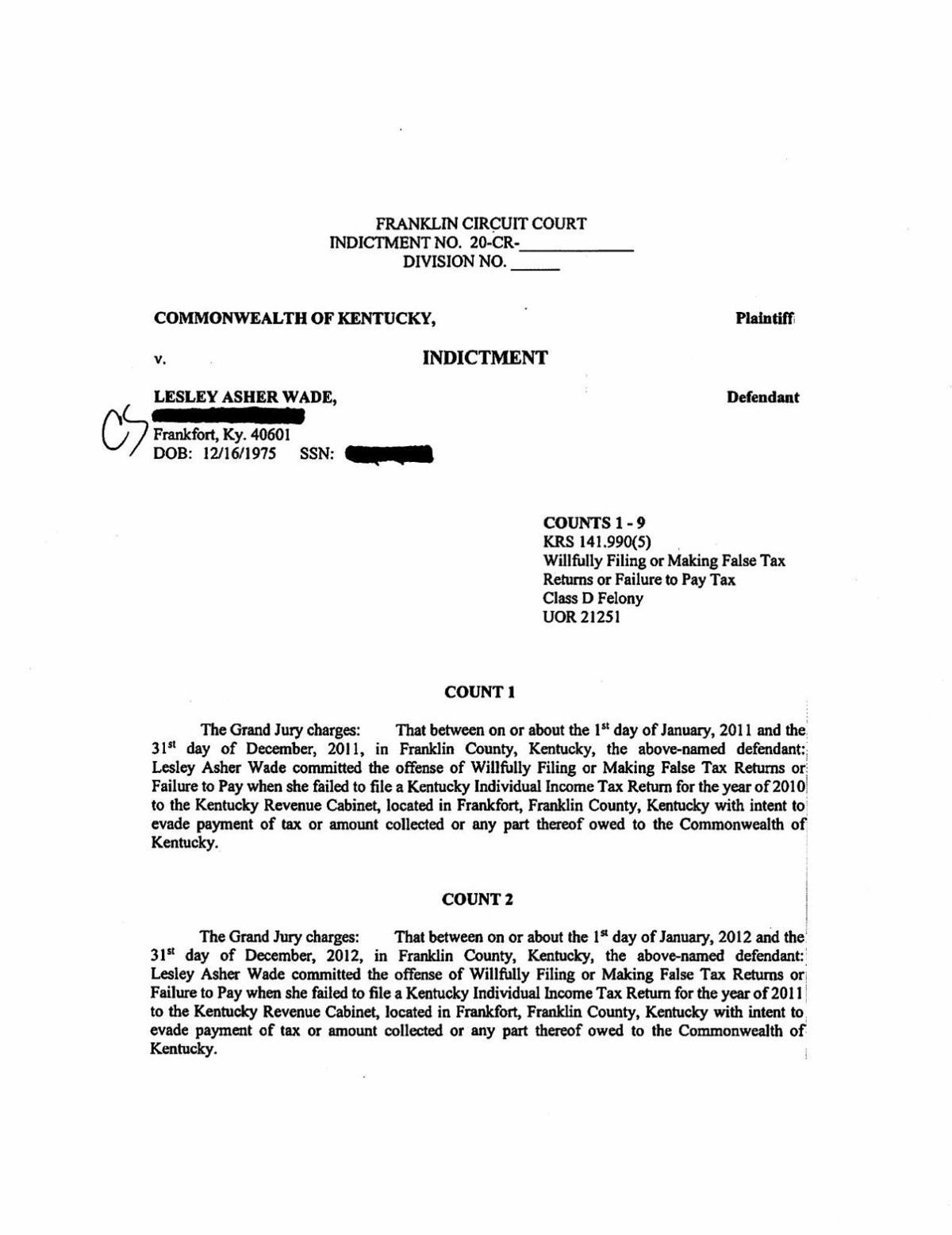 Commonwealth’s Attorney Larry Cleveland said Tuesday that the case came to his office as the Kentucky Revenue Cabinet is seeking restitution on taxes for the money that Wade allegedly stole from the school district. The amount comes to about $140,000, with $82,000 of that being what would have been collected in taxes and the remaining amount for penalties and interest.

However, the chances of actually collecting the money are slim, he said.

According to federal court records, Wade has not been formally charged with embezzlement from the school district, as of Tuesday afternoon.

An FBI investigation found that Wade stole an estimated $1.5 million from Franklin County Schools over numerous years, FCS Superintendent Mark Kopp told The State Journal last month. He said that Wade embezzled the money by writing fake invoices to the school district with real companies' names and then doctoring the checks to deposit in her bank accounts.

The FBI was tipped off after Commonwealth Credit Union contacted the agency when Wade attempted to deposit a suspicious check from the school district.

FCS has already received part of the money, about $600,000, back from a bonding company, as Wade was bonded after becoming interim finance director in 2016. She worked in the school district for 19 years, serving in multiple positions in the finance department.

“We’ve seen this before,” Cleveland said on the tax evasion indictments. “Someone has stolen a bunch of money and then the Revenue Cabinet finds out about it and then they want to charge them for not paying taxes on it."

In Kentucky, Class D felonies are punishable by one to five years in prison.