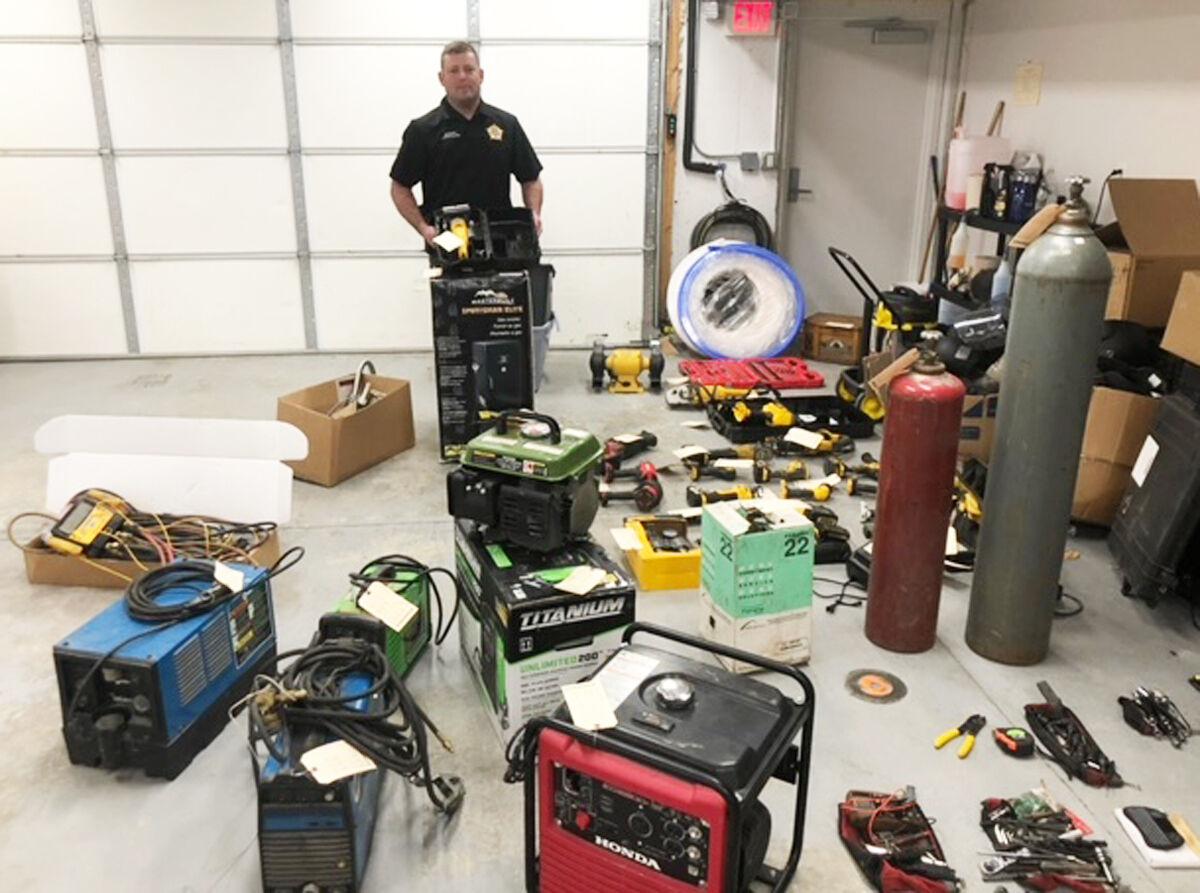 Franklin County Sheriff Chris Quire stands with some of the stolen items that were recovered from buildings owned by Joseph Stratton, 47, of Frankfort. (Photo submitted) 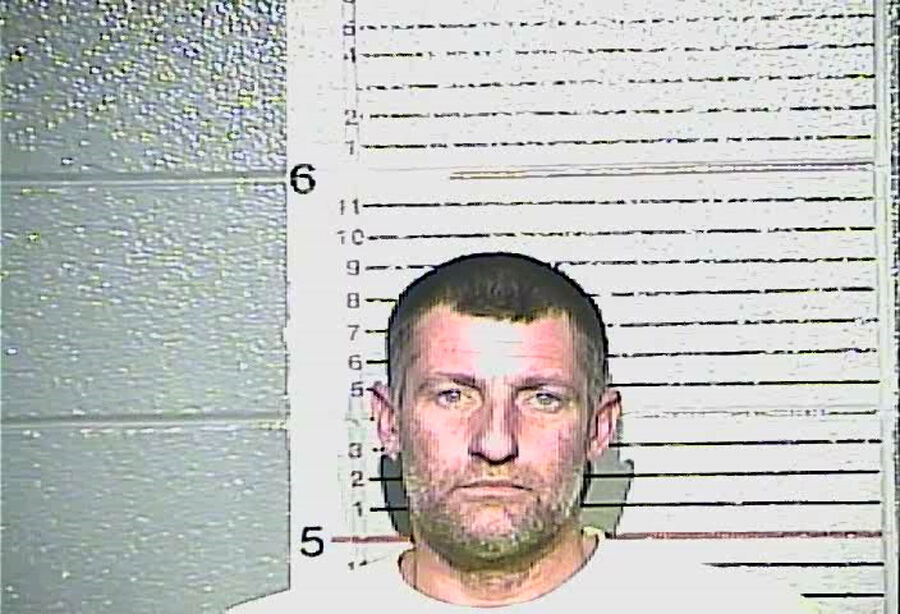 What started as an investigation into drug activity eventually led to the recovery of thousands of dollars' worth of stolen property last week.

Law enforcement then learned of a storage unit. A search resulted in the recovery of an EZ-Go golf cart that was reported stolen in Franklin County.

As the investigation continued, search warrants were obtained for a residence on Georgetown Road and a shop on Locust Drive. Illegal drugs were seized at both locations as well as numerous stolen items.

“Some of the property has been returned to victims of thefts and burglaries in Franklin County,” Sheriff Chris Quire told The State Journal.

Joseph D. Stratton, 47, of Frankfort, was arrested and charged with two counts of first-degree trafficking in a controlled substance (methamphetamine), first and second offenses, trafficking in marijuana (more than 5 pounds), and possession of a handgun by a convicted felon, all Class C felonies, and receiving stolen property (under $10,000) and second-degree possession of a controlled substance (hallucinogen), both Class D felonies.

Quire said FCSO recovered a total of 50 grams of crystal meth, more than five pounds of suspected marijuana, a loaded handgun and thousands of dollars worth of stolen hand tools and power equipment.

“It is believed that Stratton was serving as a ‘fence’ for items stolen from our county as well as other surrounding counties,” Quire said, adding that more arrests are expected as the case develops.

The sheriff also stressed the importance of recording serial numbers on valuable items.

“We also recommend making identifying markings on personal items that we may be able to use in the future to return to the rightful owners if the items were to be stolen,” he said.

Stratton is being held in the Franklin County Regional Jail on a $10,000 full-cash bond.