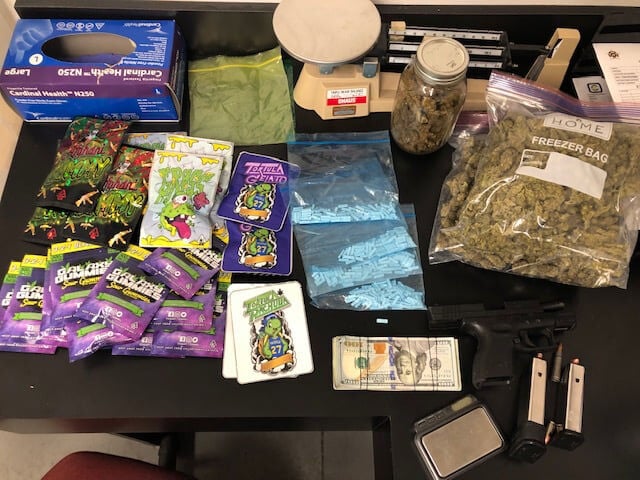 Franklin County Sheriff's deputies seized more than one pound of marijuana, marijuana edibles, approximately 400 Xanax pills, more than $5,200 in cash and a loaded handgun during a search of a vehicle after a routine traffic stop on Interstate 64 Saturday night. (Photo submitted) 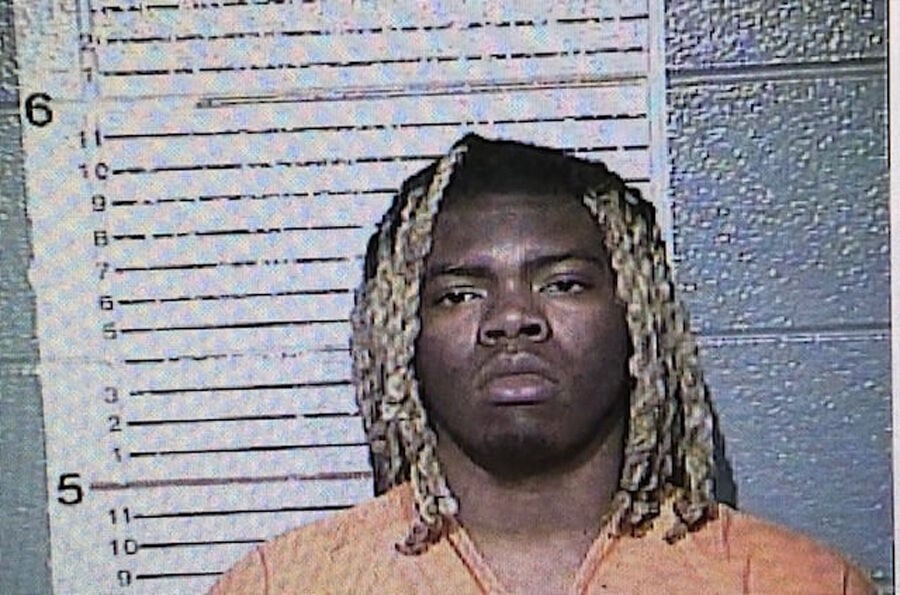 A Louisville man was arrested after a Franklin County sheriff’s deputy discovered more than a pound of marijuana, edibles, Xanax and a loaded handgun during a traffic stop on Interstate 64 late Saturday night.

During a search of the vehicle, deputies found marijuana, marijuana edibles, approximately 400 Xanax tablets, $5,280 in cash and a loaded firearm.

According to Sheriff Chris Quire, local law enforcement are seeing an influx of Xanax tablets in the community — including fake ones.

“These types of Xanax are often made in a press of some sort and look like real Xanax,” he said. “In fact, these fake Xanax are often laced with fentanyl and/or heroin.”

Quire said the Xanax pills discovered in the seizure will be sent to the Kentucky State Police laboratory for testing.

I wonder how this “routine traffic stop” turned into a search of this man’s car, revealing a virtual plethora of marijuana products, that from TV reports from states where marijuana has been legalized, appear to be purchased from a licensed commercial dispensary.

What could have possibly been the reason that this guy was profiled by the deputy and searched? Maybe his mug shot holds some clues?

Does the fact that it was a “routine traffic stop” have anything to do with his appearance, that looks like so many other young black men traveling along I 64 being pulled over by our sheriff’s office and searched for whatever?

Is this really a good use of our tax money, where FCSO deputies patrol the interstate that runs through our county, pulling over young black men and searching their vehicles, for items that are legally for sale in 16 states and DC? Where is the threat to the public? It would be in the public’s best interest to rather have these deputies patrolling our secondary roads in the county where a lot of us live, looking for somebody stealing a tractor or breaking into some garage or the barn.

I don’t feel threatened at all by people traveling the interstate with marijuana products, because it doesn’t effect me a bit. There’s no threat to me or anybody else in our county.