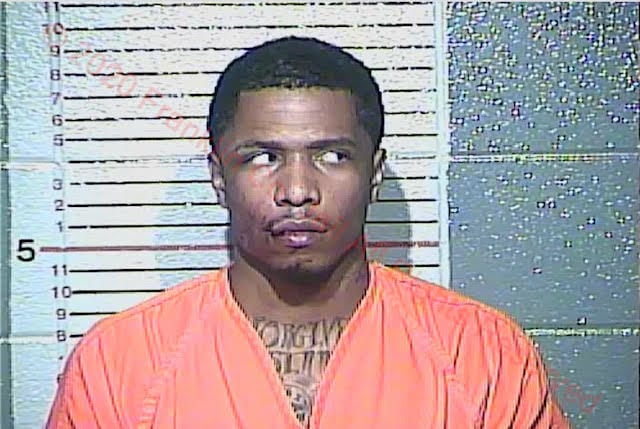 Terrance Nethanel Sharp Jr. was arrested on multiple charges after allegedly leading police on a pursuit through Frankfort Thursday afternoon. 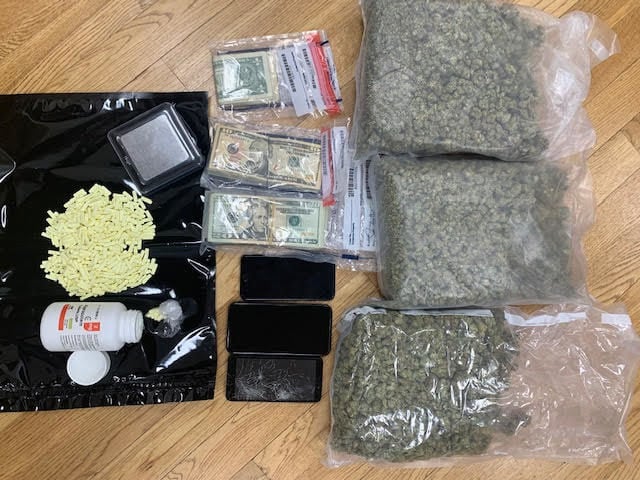 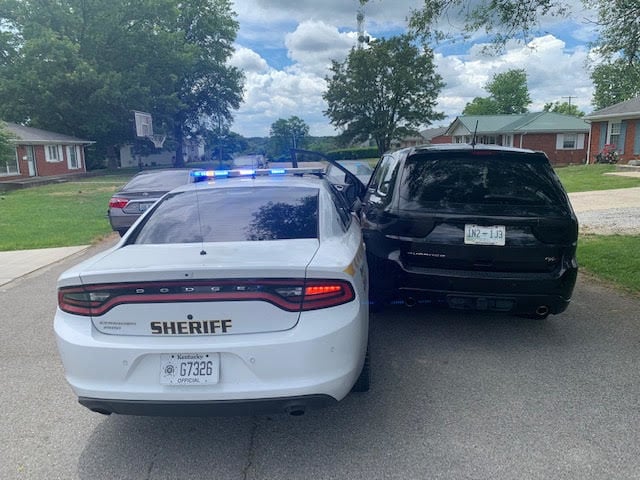 For the second time in six months, a Tennessee man is in jail after allegedly trafficking in illegal drugs and running from police.

From there, the pursuit went through Harrodsburg and Meadowview lanes, where the suspect nearly hit a Kentucky State Police cruiser, and on to Louisville Road and U.S. 127.

When Sharp turned onto Ashland Drive, Quire said it blew the tires on Sharp’s vehicle, which then struck a deputy’s cruiser. Sharp then ran from his vehicle, but was caught as he tried to jump over a fence and into a yard on Ashland Drive.

After Sharp was arrested, Quire said Frankfort Police’s K-9 unit arrived on the scene and alerted to the presence of narcotics in Sharp’s vehicle. As deputies and Frankfort officers searched, they found approximately three pounds of marijuana and 500 Xanax pills, along with packaging materials, scales and cash.

Quire said Sharp, originally from Memphis, Tennessee, was free after posting a $10,000 bond from a December 2019 arrest by Franklin County deputies. That incident involved a foot pursuit and a physical altercation with deputies which left the deputies with minor injuries, he said.

He is being held in the Franklin County Regional Jail on a $10,000 cash bond.

Marijuana should be legal but don't try to tell me that you would be ok with your daughter being sold some of those Xanax pills, or what ever they actually are.

Why would anyone’s daughter want to take Xanax unless she has preexisting hypertension? But that really isn’t the question, rather it is that what are the costs/relative risks of eliminating them from being sold to whomever by this guy? Obviously the war on some drugs has failed miserably at preventing guys like this guy from trying to sell them on the black market. These high-speed chases through multiple counties don’t seem to be having emotional effect on it. Maybe we should try something new. I don’t want my daughter being hit by it A car driven by someone fleeing the police or the police themselves bring one of these high-speed car chases. The risk to innocent pedestrians, or other motorist is much higher Green one is chases than Any health impacts of them buying Xanax.

Maybe we need to think this thing through some more!

These kinds of high-speed police chases, where multiple police vehicles from different agencies, are used in what could be described as a rodeo roundup of cattle on a ranch for branding. Except it is happening on our public thoroughfares, and neighborhoods, with civilian automobiles, pedestrians, kids, pets, etc.

These car chases make for exciting scenes in a movie, but in reality, they are very dangerous and very scary indeed. The risks of injury and death involved are enormous! However, the police officers seem to be enjoying it, like they are participating in a sporting event, like football or a video game.

And what was all of this dangerous chaos over? A mass murderer who had just killed a bunch of school kids and was fleeing the scene? Nope! A young black man who possessed some weed and pills in his vehicle, and was freaked out by the police when he was pulled over during a routine traffic stop! Does anyone else see the similarities of this to the Rayshard Brooks incident in Atlanta?

It was conducted like a military operation, coordinated from a command post giving orders over the police radios. And why shouldn't they be, after all, they are fighting in War on (Some) Drugs!

This is a prime example of our militarized constabulary over-reacting to a suspect who did not respect their authority, and ran. It is also how innocent people get killed, or what they call collateral damage, where unintended damage, injuries, or deaths are caused by an action, especially unintended civilian casualties, during a military operation.

At the climax of this multi-county chase, where several vehicles crashed into the suspects SUV, forcing it off the road, it would not have been uncommon to hear the officers congratulating each other with, "We got him!". Terrance Nethanel Sharp is lucky that this incident didn't end up with a couple of bullets in his back.

Where is the implied threat to the public safety in the confiscated bounty laid out in the Sheriff's traditional still life photo? It shows the Xanax, a prescription medicine used to treat anxiety disorders of depression, and some weed, and money. Nearly every day, someone is killed during a high-speed chase between police and a suspect. Almost half of the people killed have been bystanders or passengers in fleeing cars.

While we are discussing how our police force should be redesigned, these very dangerous high-speed chases should be in the mix. I don't want myself, my lived ones, or anybody else to end up as collateral damage in such a melee.

Aside from my comment , what you said is right.

The War on (Some) Dugs (but not on others that are much more deadly) has been a colossal failure. Like alcohol prohibition before it, this war has spawned very violent and organized crime syndicates. The War on (Some) Drugs has produced profoundly unequal outcomes across racial groups, manifested through racial discrimination by law enforcement and disproportionate drug war misery suffered by communities of color, primarily African Americans and Hispanics. Nearly 80% of people in federal prison and almost 60% of people in state prison for drug offenses are black or Hispanic. The "cure" is worse than the disease.

While a Minneapolis police officer held his knee on George Floyd’s neck, another joked “Don’t do drugs, kids,” to the crowd that gathered. When Louisville police officers forced their way into Breonna Taylor’s home under a “no-knock warrant” and shot her, it was to carry out a drug raid. When a police officer shot and killed Philando Castile, the officer claimed he felt his life was in danger because he smelled marijuana (cannabis) in Castile’s car. It has an undeniable role in fueling racist police brutality. But the entire criminal justice system, from stop-and-frisks, to disproportionate arrest rates, to mandatory minimums, is inextricably linked to state violence that disproportionately affects Black and brown people.