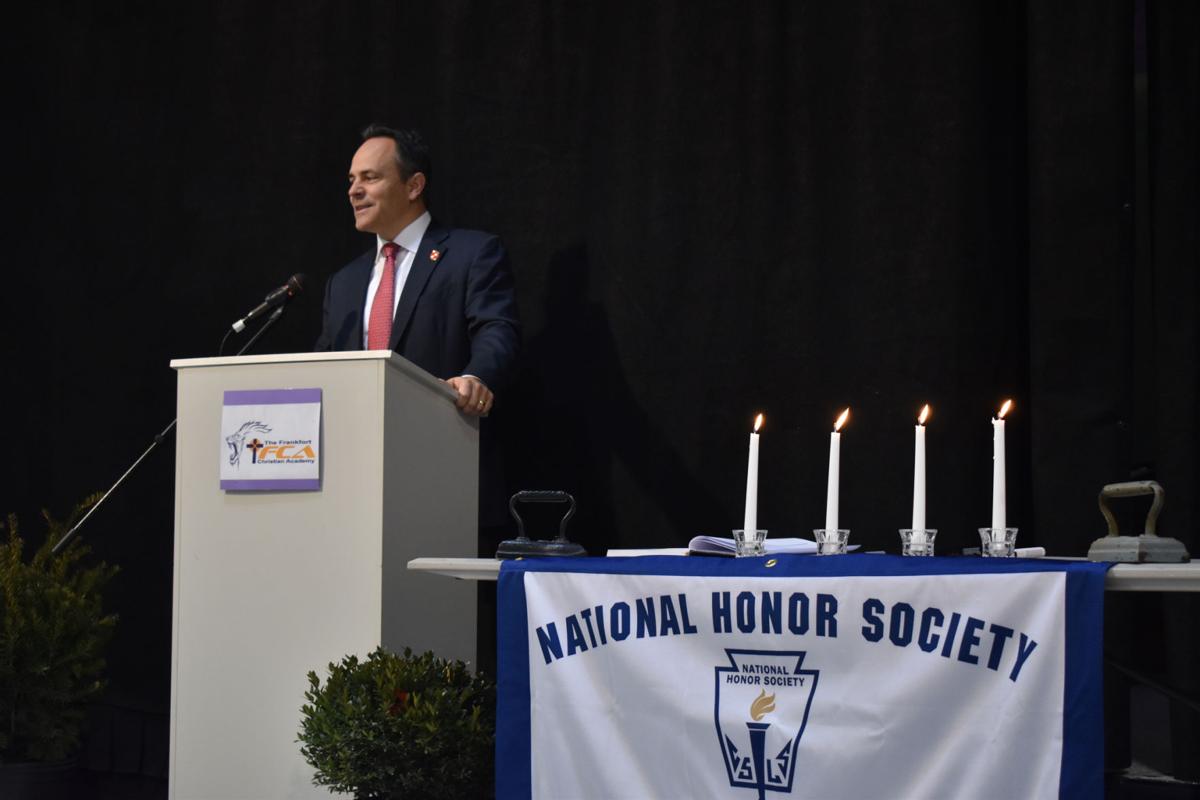 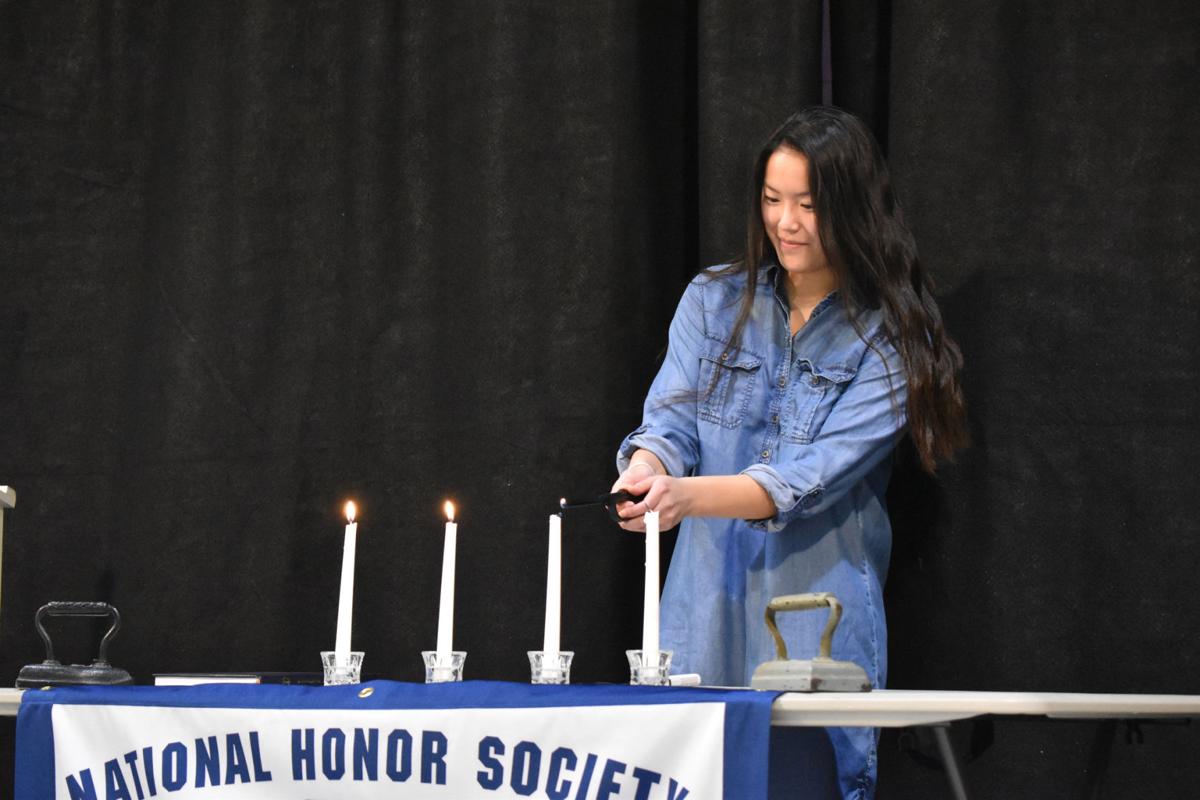 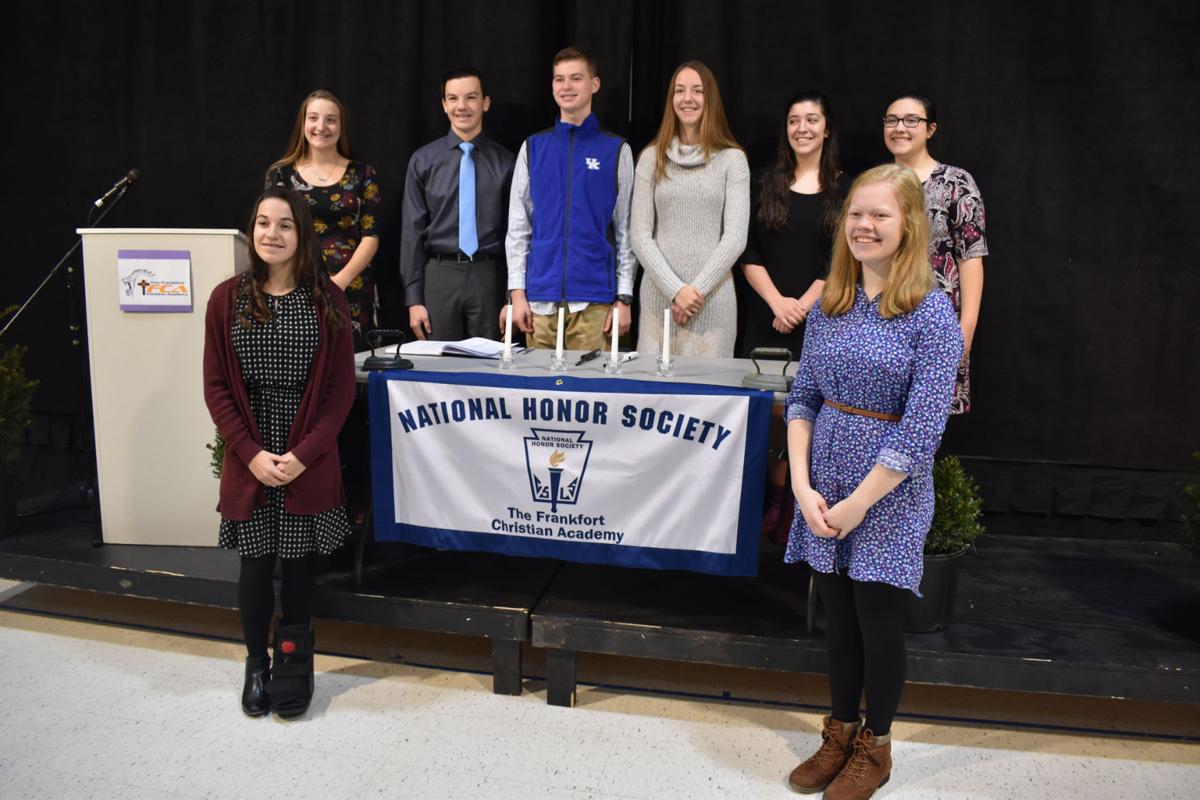 Editor's Note: A previous version of this article incorrectly stated that Glenna Bevin was killed in a car wreck alongside daughter Brittiney. We regret the error.

Gov. Matt Bevin told students at The Frankfort Christian Academy about his faith and gave advice about finding success in life after they graduate.

The governor spoke to middle and high school students, staff and visitors Monday morning at the member induction ceremony for TFCA’s National Honor Society chapter. Following his speech, he shook the hand of all NHS members.

Bevin, who leaves office next week, told the crowd that he studied at a small Christian school in New Hampshire for nine years and that the opportunity set the foundation of his religious values.

He said that having a strong belief in Christ helped him stand strong when his faith was tested. Brittiney Bevin, the oldest daughter of Bevin and his wife, Glenna, died in a 2003 car accident at age 17.

“I’m guessing, as people of faith, you hope that your faith will sustain you when times are tough. You pray that it will. You believe that it will. But you don’t really know until you have nothing but your faith,” Bevin said.

The governor also recalled a time that an unnamed sociology professor at Washington and Lee University talked about the religion of an indigenous group found in the Amazon rainforest in the middle of the 20th century. Bevin graduated from Washington and Lee in 1989.

“But of course in the discovery of them, people learned about them and some of their beliefs and we were studying that. And some of the things that they believed seemed a little bit to our mind a little preposterous and I won’t bore you with all of it other than to say that somebody made a comment ..., ‘How can somebody believe that?’”

He said the professor then compared the situation to the beliefs and stories of Christianity and “began to mock Christianity and made it sound like it’s just kind of the same.” Bevin said he felt he had to respond.

“So, I raised my hand and I said, ‘You know I find what you’re saying to not only be a bad analogy, but it’s offensive in some respects,’ and I said why.” The governor said that the professor then tried to mock him before moving on with the lesson.

“It’s interesting that we live in a world where everybody wants diversity unless it’s your view of a diverse idea. People want to include everyone except those who don’t agree with them,” he said.

Bevin said that many of the other students in the college class thanked him later for saying something. He ended his speech by talking about characteristics that a person should have to be successful, no matter what situation they are in or path they are on in life — humility, integrity, tenacity and service.

“Who knows where you are going to go or what you are going to do? There’s a lot of paths in life, but if you do these four simple things, I don’t care what it is you do. I truly think they will set you in a good direction. They will hold you in good standing.”

Bevin congratulated the NHS inductees on joining the organization. Following Bevin’s speech, Ryan Lamb, a senior at TFCA and president of NHS, said he thought the governor’s words were “great.”

“I think we all needed to hear him. A lot of those things go unsaid in today’s world. It served as a reminder to me about what I need to do in my personal life,” Lamb said.

The NHS chapter at Frankfort Christian Academy was formed last year, making the group of eight students inducted on Monday the second class inducted into the chapter. In order to become a member, sophomores through seniors must meet several academic requirements, including maintaining a 3.5 GPA and taking honors and Advanced Placement courses.

In the past year, the group has completed some community service, including creating a book room at the school for students to use. Lamb said the chapter will discuss more service projects after the new members attend their first meeting.