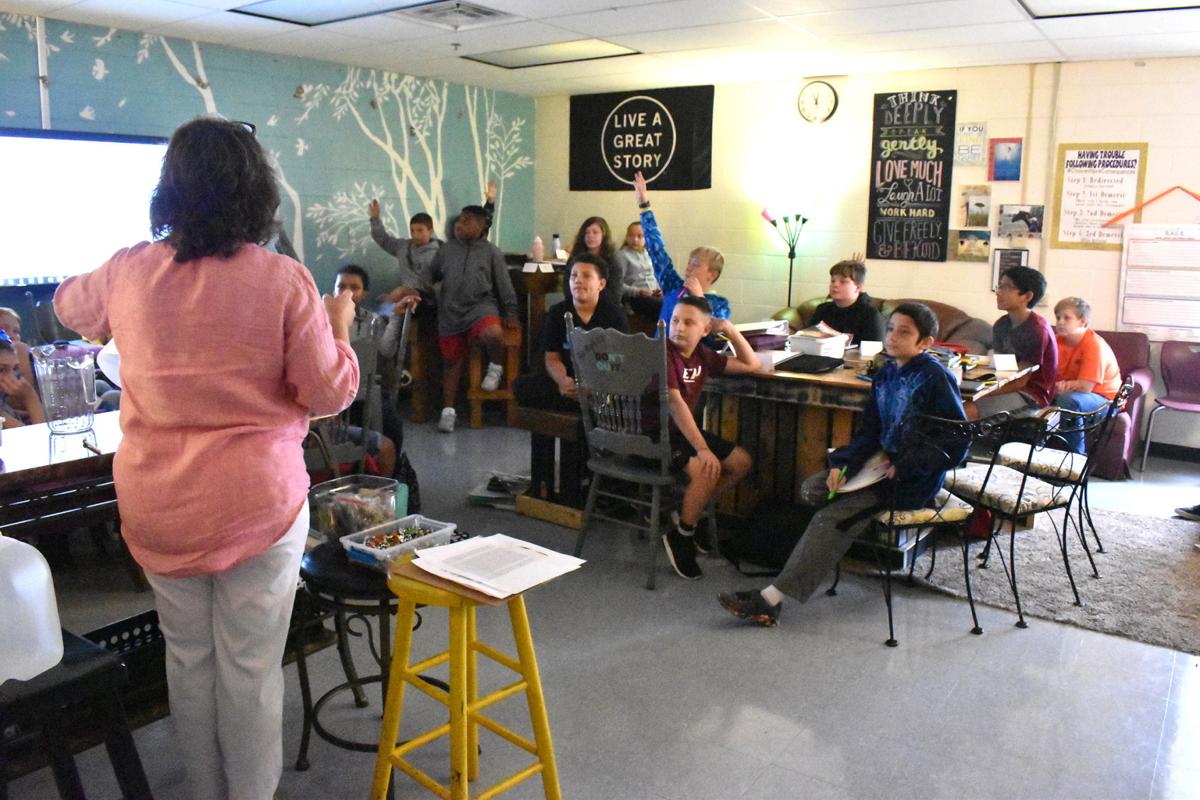 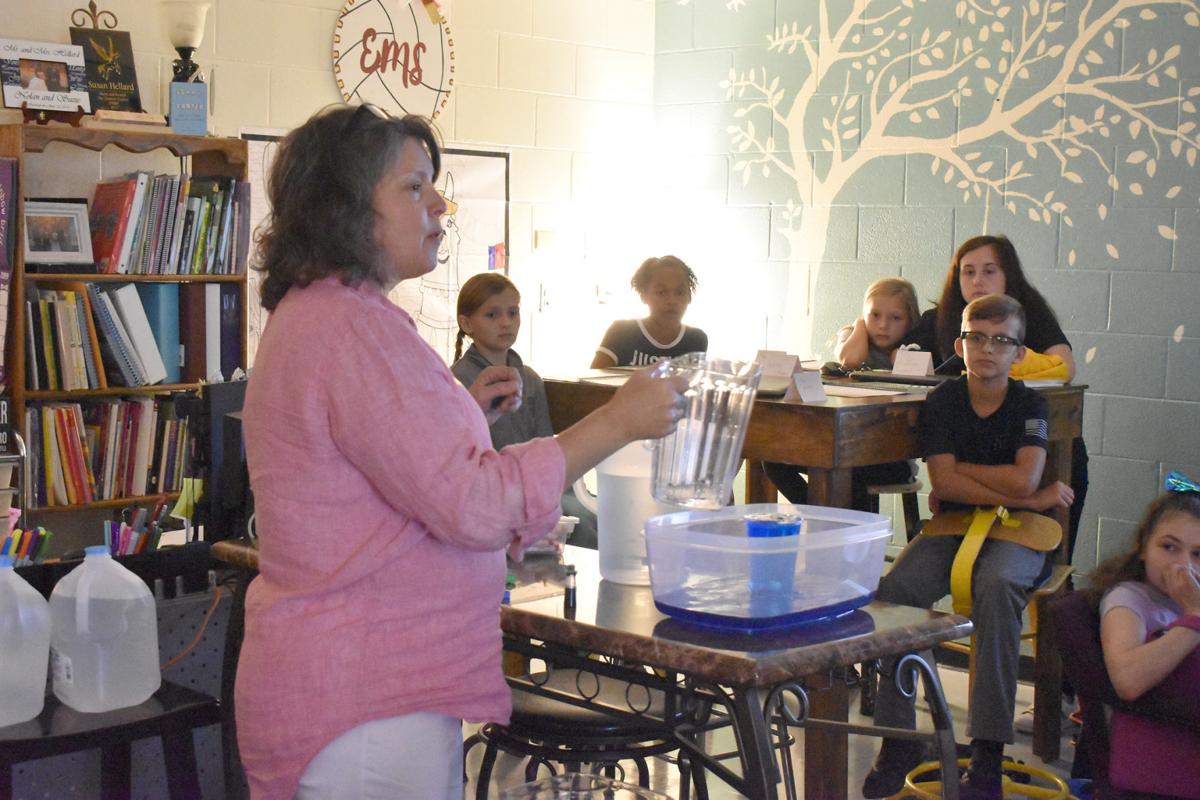 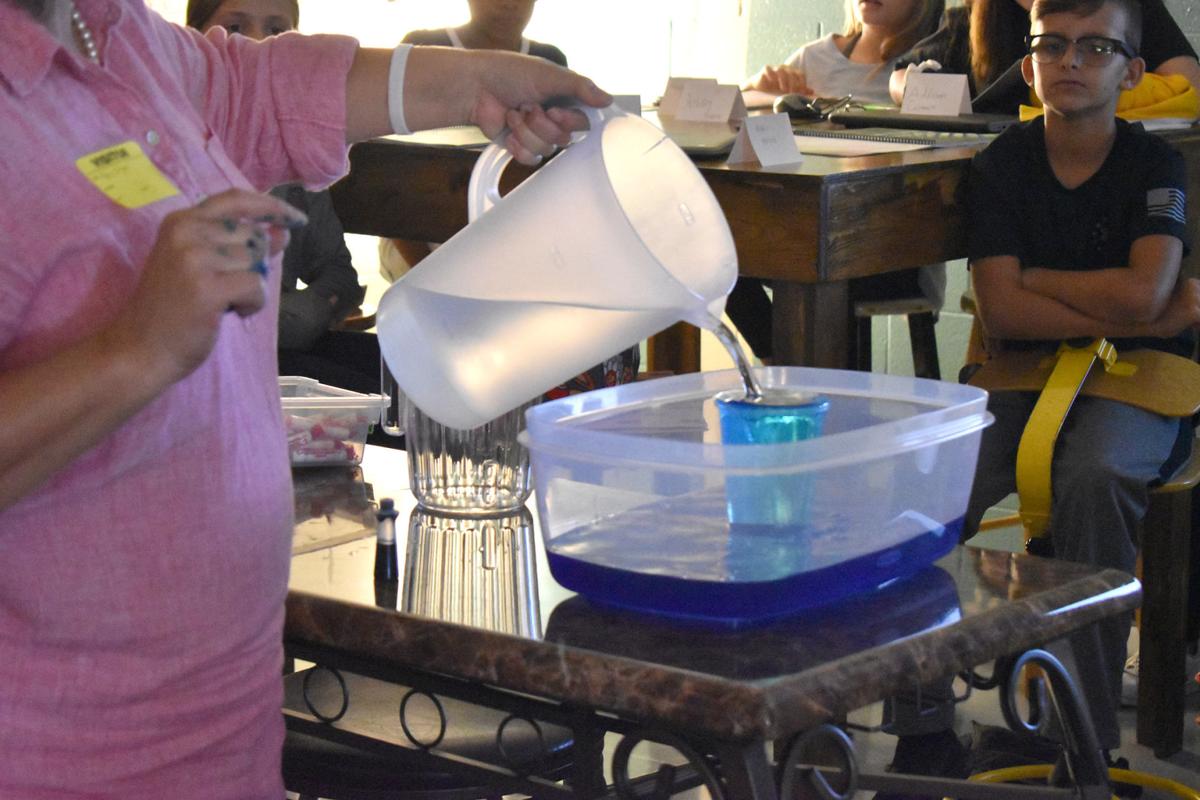 Through the support of an anonymous donor, sixth grade students at Elkhorn and Bondurant middle schools will complete a program that will teach them about making positive choices in their lives.

The 10-week program, called Anti-Virus Youth Education, teaches students about how bad habits from smoking to lying can infect their lives like a virus. It gives students tools to protect themselves from those viruses. Each week, a volunteer mentor leads lessons from a workbook.

The donor supported the program by buying workbooks for all students and helping the mentors become certified. According to its website, Anti-Virus Youth Education impacts over 20,000 students a year and is used in six states and 16 countries. The Ohio Department of Education named the program as a “Best Practice” for students.

Susan Hellard, a teacher at Elkhorn Middle, said her students respond positively to the program. She said last year’s sixth grade class was the school’s first to complete the Anti-Virus Youth Education program, thanks to support from the anonymous donor. As she set up for the first lesson this week, she enlisted some of those students, now seventh graders, to help her and they wanted to go through the program again.

Since the school has implemented the program, Hellard has noticed a change in the way her students behave. Last school year, students referred to Anti-Virus Education while the school celebrated Kindness Day in February, long after finishing the program in the fall, she said. Students are encouraged to look internally and recognize how they treat others.

“They do have some viruses within them already and let’s go ahead and recognize them, acknowledge them and find a way to beat them,” Hellard said.

Bondurant Middle teacher Macy Johnson said that last year was also the first year that school participated in the program. She said that Anti-Virus Youth Education will help the next local generation become adults with life skills "needed to succeed" and become tolerant, ambitious and respectful citizens. Johnson said that Frankfort can support the program by reinforcing positive behavior, learn more about the program and possibly even sign up to become a volunteer, which can be done at antivirusyouth.org.

"We have watched as students gain new perspectives on situations in life. The program has taught them valuable life skills they immediately use at school and at home," Johnson said.

Maria Bryan, a mentor in the program, gave Elkhorn Middle students their first lesson Monday. Mentors must go through a training process before they lead a class. The first three lessons of the program set the foundation for using Anti-Virus strategies and the rest focus on different character values: ambition, responsibility, hard work, emotions, restraint, common sense and generosity. Students connect these traits to historical figures, giving them a chance to find good role models, Bryan said.

“I think it helps them open their eyes and it makes them aware of what is going on around them and how they can put up barriers to protect themselves against things that might come at them that maybe they can or can’t help, and then also to help them to choose what they want to be a part of,” Bryan said.

In Hellard’s classroom, Byran led a demonstration with students Monday in which she recounted a story about a young boy who was charged with battery after throwing a persimmon at his friend and injuring him. For each bad action, Bryan put a “virus,” represented by a drop of blue food coloring, into a cup of water. With a handful of choices, the water became dark.

Bryan then put the cup in a tub of water and asked students to come up with positive actions that the boy could have taken or that they can do themselves, like telling the truth, treating others with respect and not cheating on tests. After several additions of water into the cup, the water became clear again.

Lena Kring, an Elkhorn sixth grader, recognized her own “screen time” on her cellphone as addictive behavior. She said she would often get back on her iPad after her parents went to sleep and she was alone in her room to watch videos or play games before falling asleep, but she doesn’t do that anymore.

“I looked on my screen time for a day and it turns out that I would be on my phone for nine hours a day,” she said.

Classmate Zarian Tillman said that sometimes he lies because he thinks that “it helps me not get in trouble.” Layla Fulfer, another sixth grader, said she recognized signs of gaming addiction in her brother after the class.

Sixth grader Camarin Robida said the first lesson in the program got him to think about his own behavior and how that can affect his friends and family. One of his addictive behaviors was bragging about himself. He tried to stop after his dad told him it would hurt his friendships, but Camarin still catches himself doing it sometimes.

“I think that if you get one person to stop, then you can get other people to stop too,” Camarin said of addictive behavior.