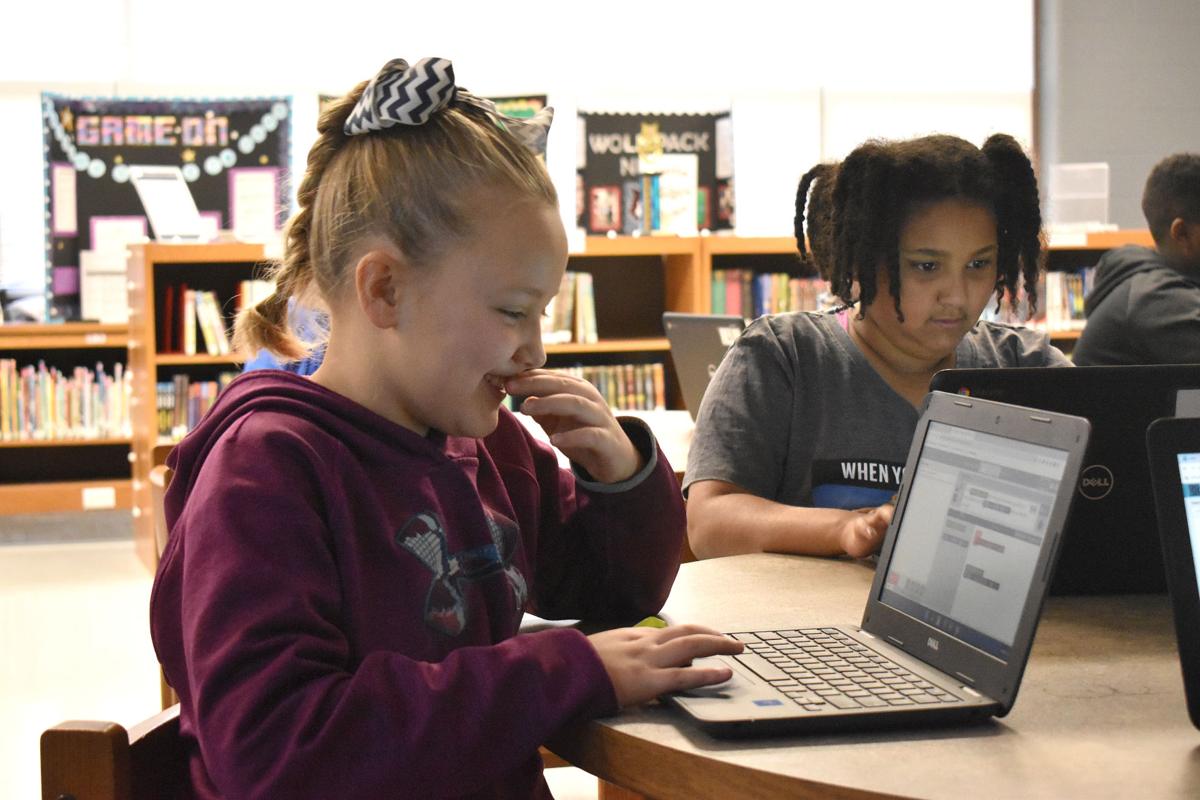 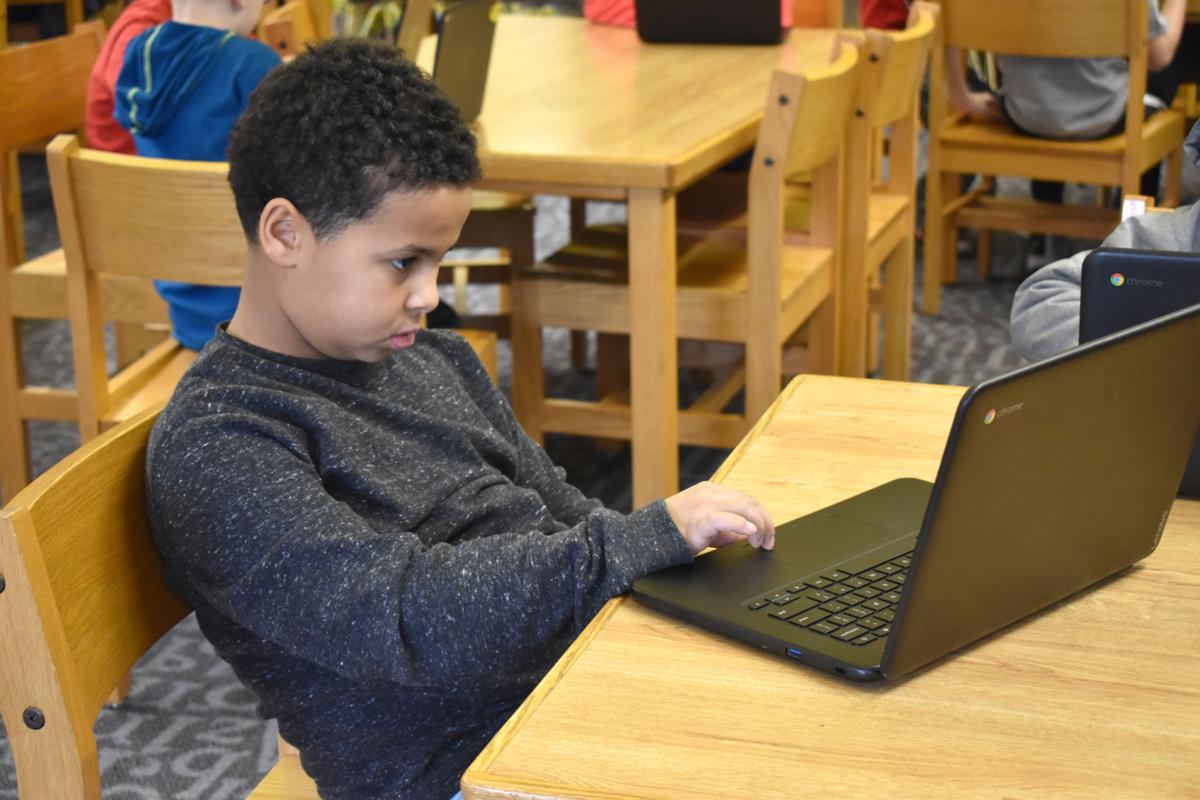 Ezkiel Warfield, a third grader at Hearn Elementary, plays a coding game on Friday during his class' lesson for Hour of Code. (Photo by McKenna Horsley) 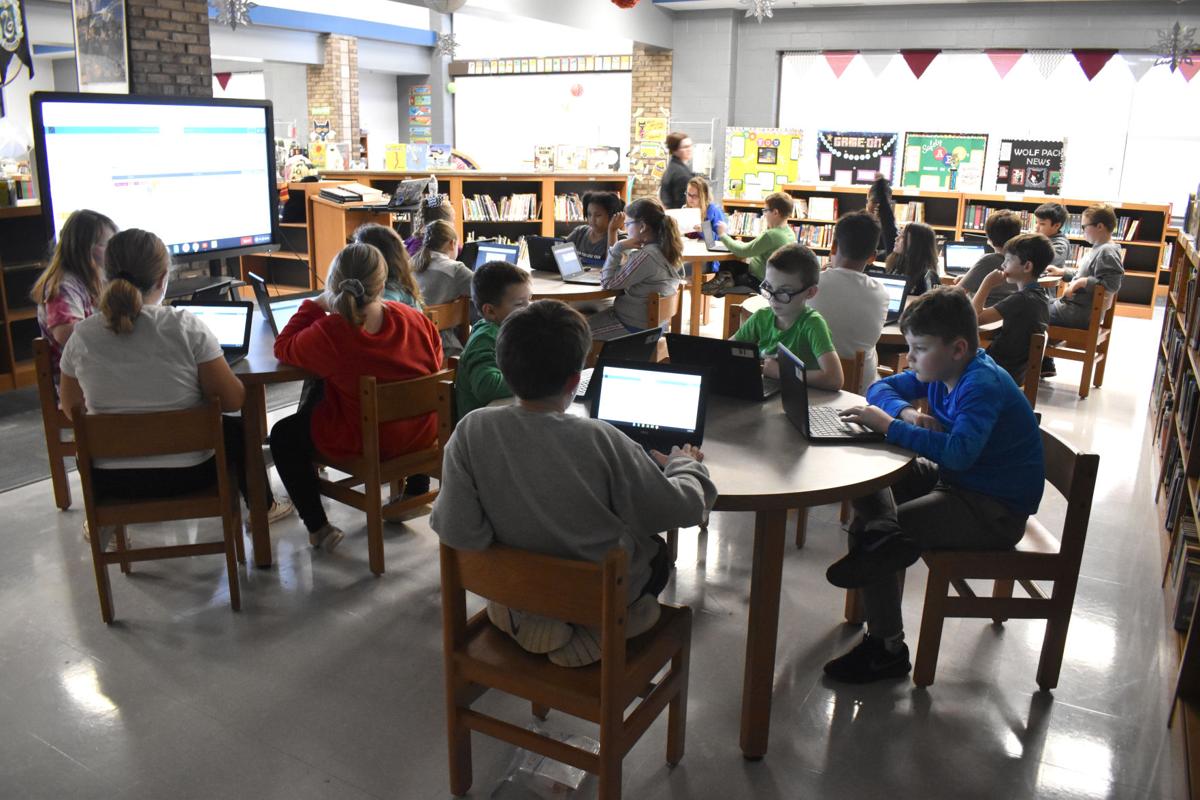 Fourth graders at Westridge Elementary follow along in a coding lesson as part of Hour of Code, a global movement that encourages schools to teach computer science. (Photo by McKenna Horsley)

Ezkiel Warfield, a third grader at Hearn Elementary, plays a coding game on Friday during his class' lesson for Hour of Code. (Photo by McKenna Horsley)

Fourth graders at Westridge Elementary follow along in a coding lesson as part of Hour of Code, a global movement that encourages schools to teach computer science. (Photo by McKenna Horsley)

Last week, many Franklin County students devoted an hour of their week to learning about computer science and coding.

As part of a global education event called Hour of Code, the students completed one-hour lessons about coding, or creating a program for a computer to perform different tasks. According to Hour of Code, millions of students across the world have been reached by the program.

Jordon Worley, the library media specialist at Hearn Elementary, said Friday that all of the school’s students, about 450, participated in a lesson. She said that when students learn how to code, they develop skills to use in other areas of the classroom.

“I think they definitely need to learn computer science,” she said. “It helps with their math skils and just understanding the basics of a computer … . It ties into literacy too because some skills, like sequencing, they can apply to literacy and reading books.”

“I’m new to coding,” said Ezkiel Warfield, a third grader at Hearn. On his Chromebook, he played a game that taught him about coding while taking care of virtual pets. He said that he felt like he was learning and that he would consider a coding career in the future.

Jessica Masters, the library media specialist at Westridge Elementary, said that over 400 from preschool to fifth grade at the school completed an Hour of Code lesson last week. On Thursday, she taught a class of fourth graders how to code with an activity called “Dance Party 2019.” In the activity, which is available for free on the Hour of Code website, students can use blocks of code to program animals to dance to popular songs, like Lil Nas X’s “Old Town Road.”

As students listened to Masters’ instructions and then created their own programs, they danced and sang along to their codes’ final outputs.

“It’s kind of fun and it’s pretty easy,” said Sabra Richardson, one of the fourth graders in the class on Thursday.

Classmate Kara McDonald said she liked the “different choices” she could make with the programs in the activity. Both said they are now considering jobs in coding.

Masters said that Westridge has been participating in the week of an Hour of Code annually since 2013, so some of the students came in knowing what to expect.

“They walked in and said, ‘Are we doing an Hour of Code?’ So, they really enjoy it,” Masters said.

Before the lesson, Masters showed students a video from Code.org with leaders of prominent tech companies, like Microsoft, Facebook and Twitter. The video, which was published in 2013, says that an estimated 1 million jobs in the U.S. may go unfilled in the future because only 1 in 4 schools teaches computer science. Hour of Code said that in 2015, 7 million jobs openings in the country were in occupations that value coding skills.