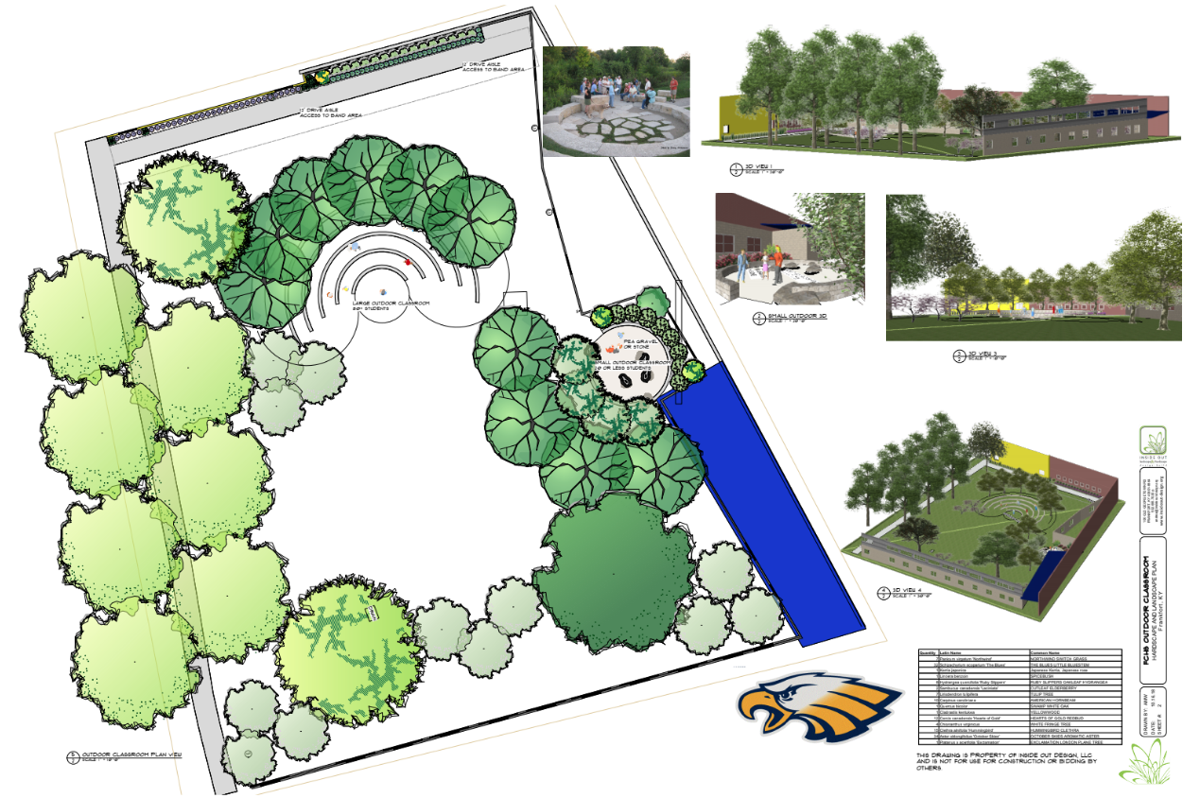 The initial design for the outdoor classroom at Franklin County High School. (Image provided by Inside Out Design) 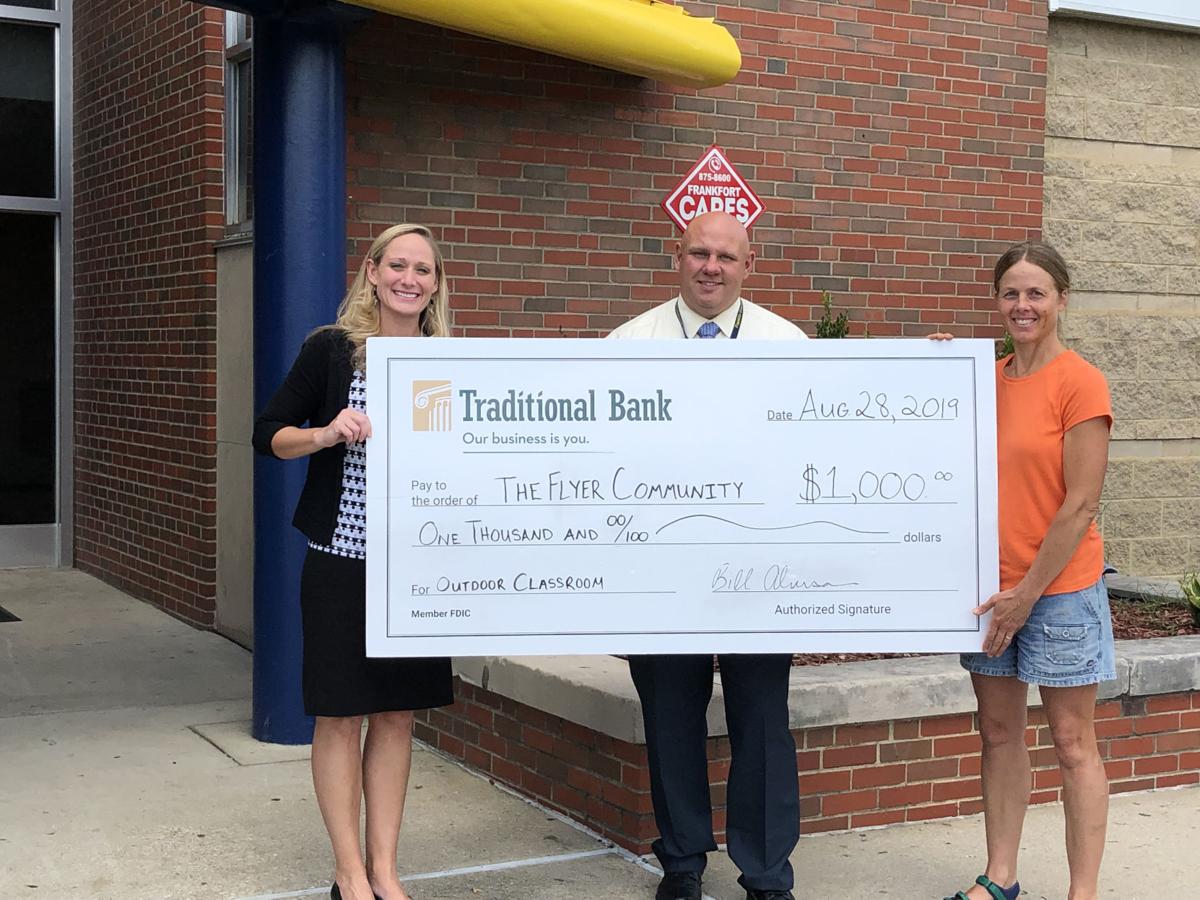 Franklin County High School students could be able to get out of their regular classroom and into a greener one.

The Flyer Community, a group of parents who volunteer to support FCHS, is working to secure funds to create an outdoor classroom for use by students and teachers.

Trina Peiffer, a member of the group, said the project had been an idea within the Flyer Community for awhile, but it has only become more attainable with recent support. For her, she wanted to be involved with the project because it is “something great for the school.”

As the work has progressed, Peiffer sees the project as a way to foster a connection between young students and the outdoors.

“The biggest thing is that trees and young people are critically important as we adapt to a world altered by climate change, but mostly I just wanted to do something nice for the school,” Peiffer said.

The estimated cost to create the space is about $92,000, Peiffer said. So far, Traditional Bank has given a $1,000 contribution. Fonda McWilliams, another member of the Flyer Community, started a GoFundMe account with a goal of raising $40,000 to support the project, which had raised slightly more than $1,000 as of Tuesday.

Peiffer said checks can be made to the Flyer Community and dropped off at the school.

Any class, organization or business that donates $500 and individuals who give $100 will be permanently recognized, Peiffer said.

FCHS Principal Charles Lewis said that Peiffer and her sister Chris Schimmoeller approached him about the idea last fall and said that they are a driving force in creating the outdoor classroom.

“‘I think the beautification aspect of it would be awesome to plant some new trees and flowers, those kinds of things. I like the idea of it,” Lewis said.

The proposed site for the classroom is in a green space at the school where a turnaround for buses used to be. Currently, the school’s marching band uses the area for practicing and sports fans tailgate there.

Inside Out Design made the initial design for the classroom, Peiffer said. The design uses hardscape to create two areas, one of which would be an amphitheater that has room for about 50 people.

The classroom is for all subject areas, not just those related to the outdoors. If an English class wanted to get outside for a day, it could reserve the space, Peiffer said. The space has potential to be a meeting spot for others, if the school allows after-hours reservations.

Lewis said that the school does allow outside community groups to use school property for other events, so that policy could apply to the outdoor classroom.

Lewis said he does not know of another nearby school with an outdoor classroom to the extent of this project. Some schools have outdoor spaces.

FCHS does have some agricultural classes, including a floral design class, that already meet outdoors in the school’s greenhouse, Lewis said. The structure provides a controlled environment for students to work on projects.

The school must also explore how to maintain safety in the outdoor classroom, Lewis said. If the project were to become a reality, the school would have to be compliant with regulations in laws like Kentucky’s Senate Bill 1, which was passed in the last legislative session.