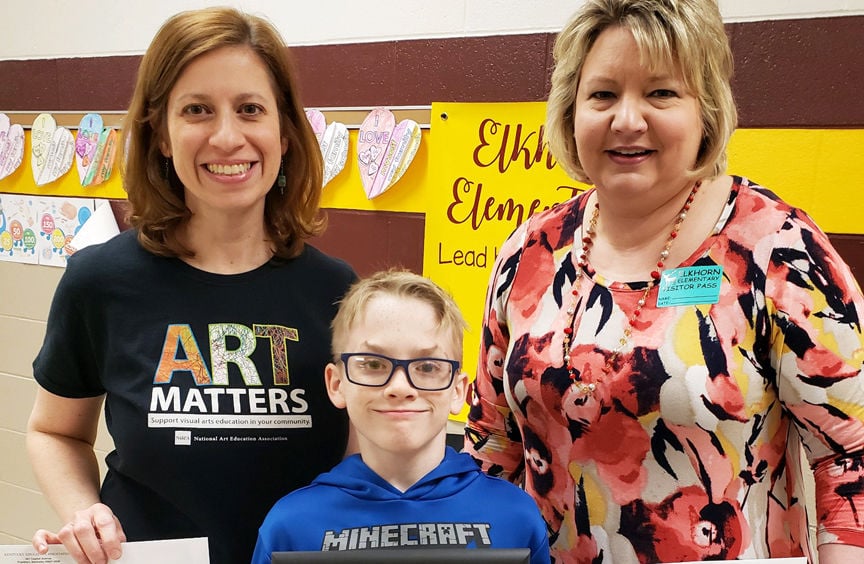 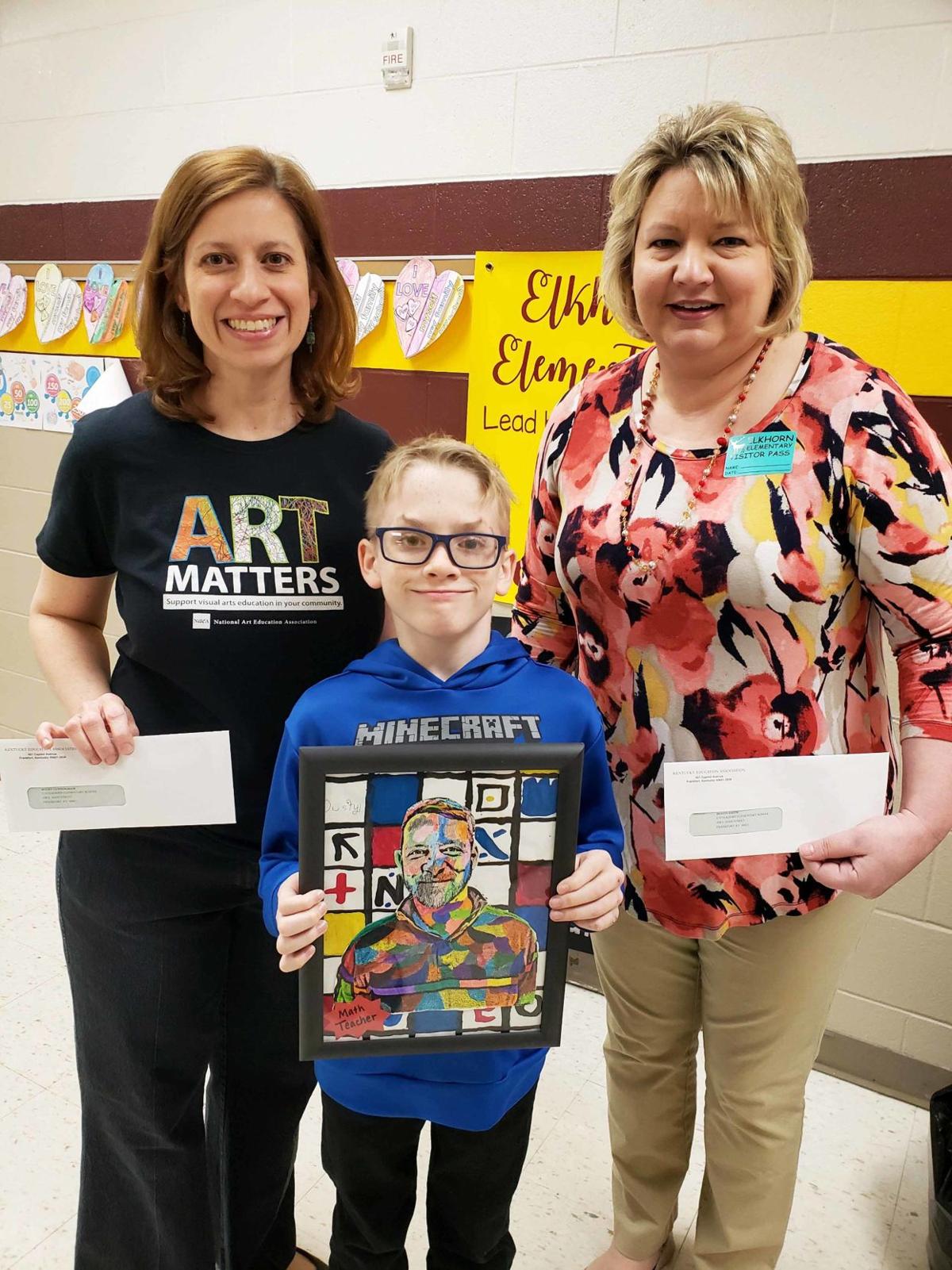 Fifth-grader Dustin Smith shies away from the limelight, but his vibrant artwork doesn’t.

As part of the statewide contest, students were asked to honor an educator or staff member who makes school a great place for them. Though he wouldn’t flat out acknowledge it, Dustin has a special place in his heart for Eddy.

“I don’t pick favorites, but he’s a really good, probably amazing teacher,” he said, before quickly correcting himself. “I should take the ‘probably’ out.”

Dustin added that Eddy, who teaches math, makes it exciting.

“I was taught to love math because it’s fun once you get the hang of it,” he said.

As for his painting, he told The State Journal he chose specific colors to embody his teacher’s temperament.

“I didn’t use a lot of red because it represents anger and I wanted happy emotions in color,” Dustin said, pointing out the subtle math signs in the background of the painting.

Eddy was flattered and all smiles when Dustin received his winnings — a $250 check — presented by KEA President Stephanie Winkler during a school assembly late last month.

Flanked by his parents, Mike and Ilka Smith, after the ceremony, Dustin proclaimed that he was going to give half of the prize to his younger brother, Dylan. He also hopes to buy a skin (an outfit) in the online video game Fortnite, and he might donate some money.

A member of the school’s art group and Gifted and Talented program, Dustin has also had his artwork featured in the annual show at the former Farmers Bank.

“She’s a great art teacher. If she wasn’t, I probably wouldn’t have gotten this far.”