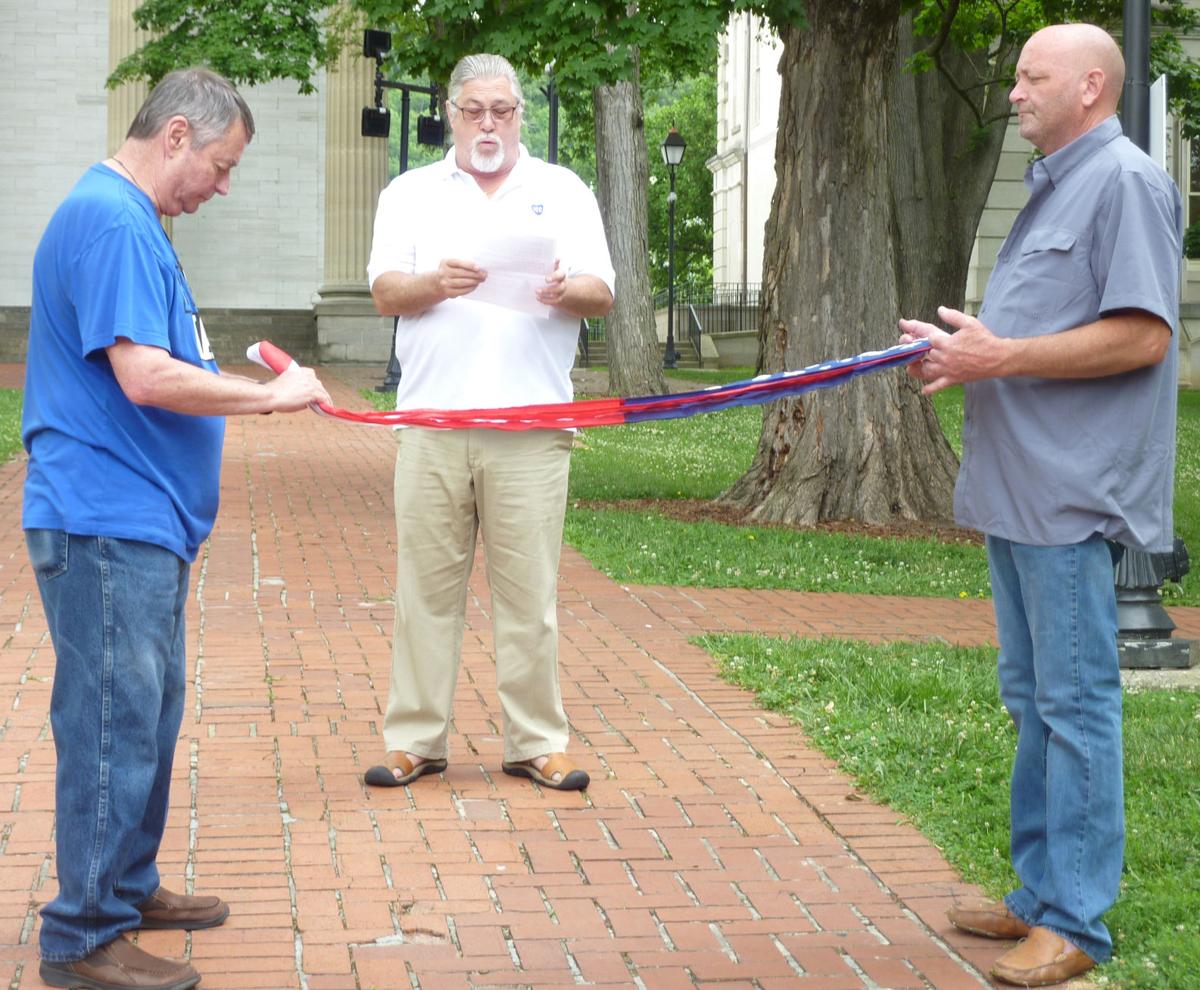 Rick Nesselrode, left, and Mark Ruble, right, perform a flag-folding ceremony as Bradford Marston, center, reads the importance of each fold on the Old Capitol lawn Monday. All three men are members of the Elks Lodge #530. (Chanda Veno | State Journal) 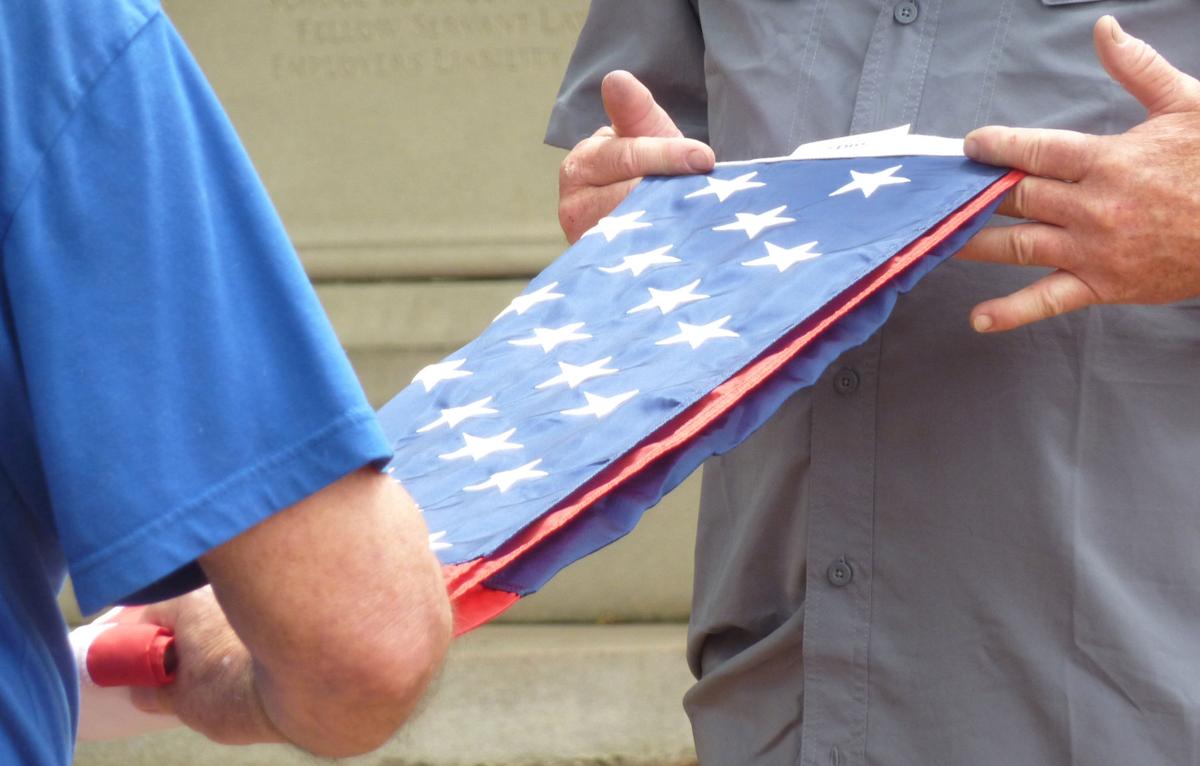 “This is a ritualistic ceremony we perform on a yearly basis,” said Mark Ruble, exalted ruler of the lodge, who added that the ceremony usually is timed with Flag Day, which this year occurred on Sunday. “This is the first time we’ve ever done it in public.”

As Ruble and Rick Nesselrode demonstrated the proper folding procedure, Past Exalted Ruler Bradford Marston explained the meaning behind each of the 13 folds.

“We have to go back and rehonor what the flag represents,” Marston added.

• The first fold is a symbol of life.

• The second fold is for our belief in eternal life.

• The third fold is made in honor and remembrance of the veteran departing rank, who gave a portion of his or her life for the defense of the country to attain peace throughout the world.

• The fourth fold stands for our weaker nature; as American citizens trusting in God, it’s to Him we turn to in times of peace as well as war for his divine guidance.

• The fifth fold is a tribute to America. In the words of Stephen Decatur, “Our country, in dealing with other countries, may she always be right, but it is still our country, right or wrong.”

• The sixth fold is where our heart lies. It’s with our flag and the republic it stands for that we pledge allegiance.

• The seventh fold is a tribute to our armed forces. For it is the armed forces that protect our country and flag against enemies, whether they be domestic or foreign.

• The eighth fold is a tribute to the one who entered into the valley of the shadow of death, that we might see the light of day, and to honor our mother, for whom it flies on Mother’s Day.

• The ninth fold is a tribute to womanhood. For it is through their faith, love, loyalty and devotion that the character of the men and women who have made this country great have been molded.

• The 10th fold is a tribute to father. For he has given his sons and daughters for the defense of our country since he or she was first born.

• The 11th fold, in the eyes of Hebrew citizens, represents the lower portion of the seal of King David and King Solomon and glorifies, in their eyes, the God of Abraham, Isaac and Jacob.

• The 12th fold, in the eyes of the Christian citizen, represents an emblem of eternity and glorifies, in their eyes, God the Father, the Son and Holy Ghost.

When the flag is completely folded, which some consider the 13th fold, the stars are uppermost, reminding of the national motto — “In God we trust.”

“The first time I ever saw (the flag being folded) I had no clue to the meaning behind it,” Ruble told The State Journal.