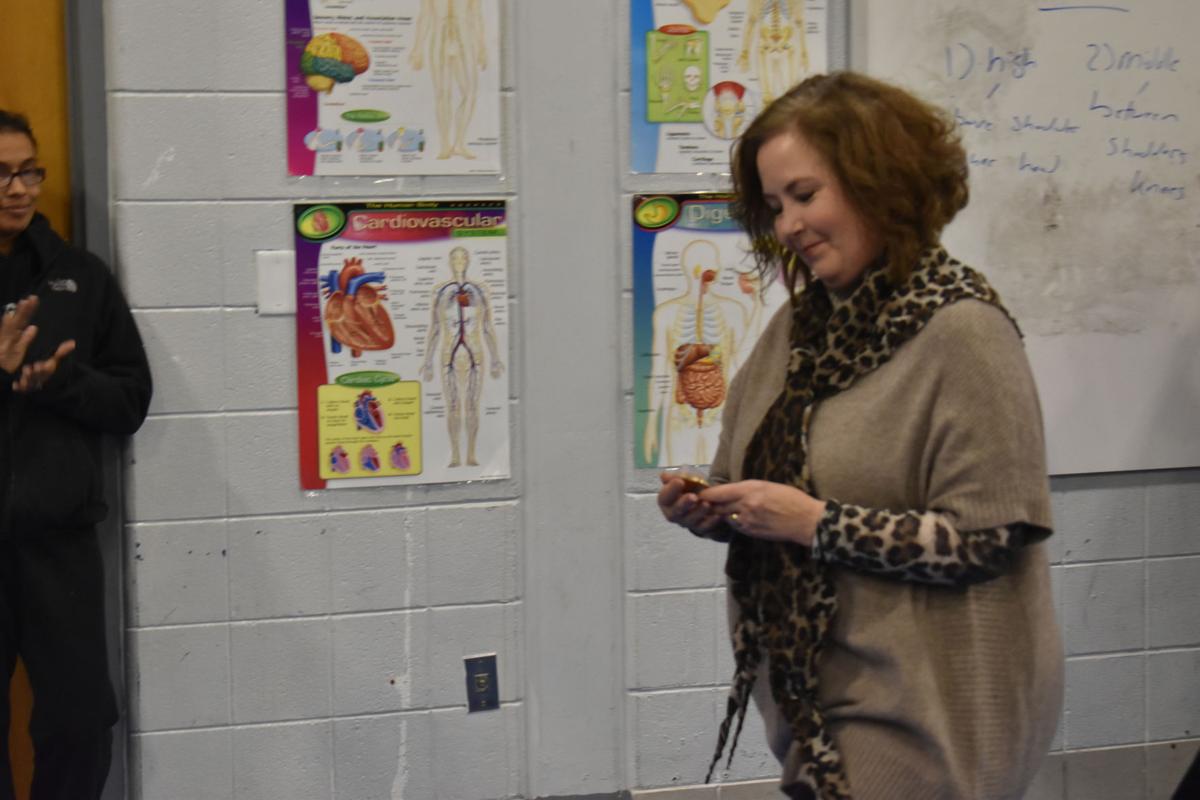 Sunny Hardin admires her Transforming Lives Award, which is a panther coin. (Photo by McKenna Horsley) 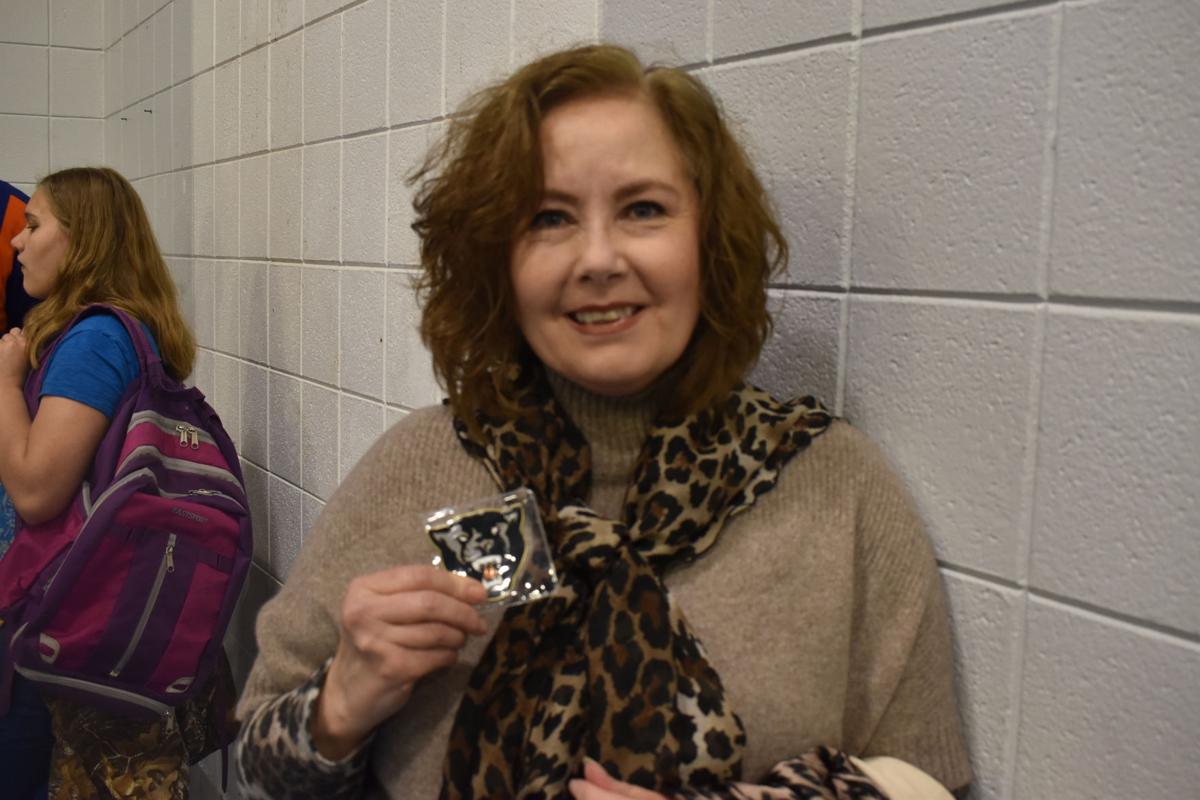 Sunny Hardin holds up her Transforming Lives Award, which is a panther coin. (Photo by McKenna Horsley)

Sunny Hardin admires her Transforming Lives Award, which is a panther coin. (Photo by McKenna Horsley)

Sunny Hardin holds up her Transforming Lives Award, which is a panther coin. (Photo by McKenna Horsley)

Sunny Hardin, the school district’s Family Resources and Youth Services coordinator, said after she accepted the award from Superintendent Houston Barber that she feels like she is “just doing my job” when she helps students and their families. She works with students at SSS and Frankfort High School.

Barber gave Hardin the award on Friday morning at Second Street School while parents, staff and students were gathered before starting the school day.

The Transforming Lives Award, which is sponsored by Traditional Bank, is a coin shaped like a panther and has "Frankfort Independent Schools" on the back. Barber told The State Journal that he gives the award to someone whose impact on the community as a whole should be recognized. There’s not set criteria, but FIS looks at a person’s magnitude and length of impact on the community.

Prospective recipients are not just employees but also students, parents and other community members who have made “acts of great impact” in areas like education, economic growth and helping Frankfort progress, Barber added. He started the award as a way to recognize the great things happening in Frankfort, especially acts that are behind the scenes and not front and center.

“Why she was the first recipient was because she represents everything that the award is about,” Barber said.

Hardin has worked for FIS since 2000, but she has been the FRYS coordinator since 2014. She said that her children attended FIS and that the district means a lot to her.

“I like it because I get to work with all the kids in the district, from preschool all the way to high school,” Hardin said of her job.

Hospice of the Bluegrass volunteers offer time to those in need

We Asked: Who is your favorite president and why?