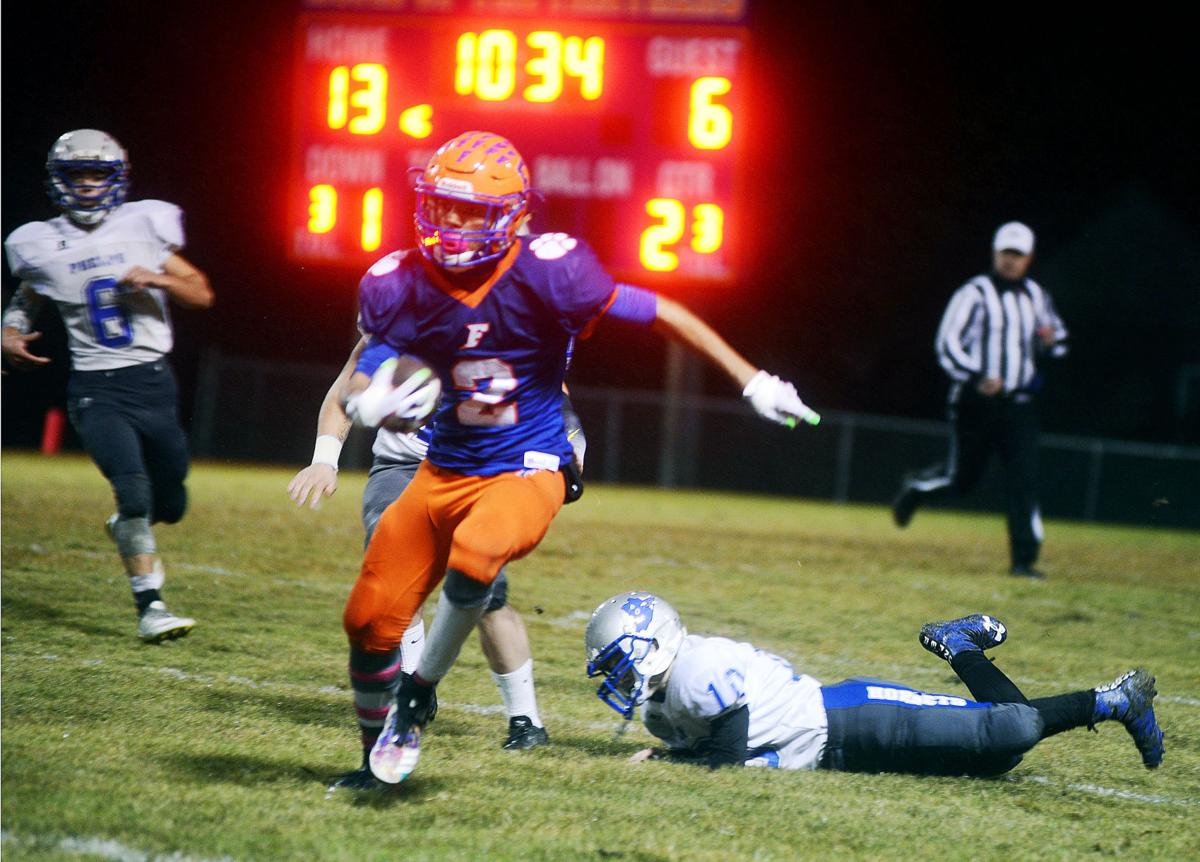 Frankfort's Jevon Bush carries the ball during the second quarter of Friday's game against Phelps at Sower Field. (Linda Younkin)

Frankfort Independent Schools moved a step closer to artificial turf on its football field, thanks to a donation from the Sower family.

Frank Sower Community Trust donated $50,000 to Frankfort Independent Schools to upgrade the Sower Football Field with artificial turf. Phyllis Sower, Frank Sower’s daughter-in-law, presented the donation to the school board during its Monday night meeting. The estimated total cost of the field is around $1 million, Superintendent Houston Barber said.

“He really, really strongly believed in sports … and the contribution of athletics to the overall development of young people,” she told the school board.

“There’s a very, very long history between the Sower family and Frankfort Independent Schools and we are so grateful,” said school board Chair Jina Greathouse.

During Monday’s meeting the board also discussed a partnership with T-Mobile that would further close the digital divide some FIS students face, Barber said.

The program would allow for hotspots for the internet wherever students in need lack access, such as on buses or at home. FIS would be among the first Kentucky school districts to be part of the program. The hotspots are different from the at-home internet access that students can sign up for through the school system and the city, as the hotspots would not have to be at one location.

“This is going to take it to another level because it's going to allow us to have free roaming spots wherever we need them to be,” Barber said.

Kayne Hodson, a representative of T-Mobile, said students who benefit from the program will receive a subsidy of up to $200 for devices. He said  the company and district have to discuss a few more logistics before the program is fully implemented. The program is part of T-Mobile’s nonprofit work.

The board also held officer elections Monday. Greathouse will continue as chair and Amelia Berry as vice chair for the next year.