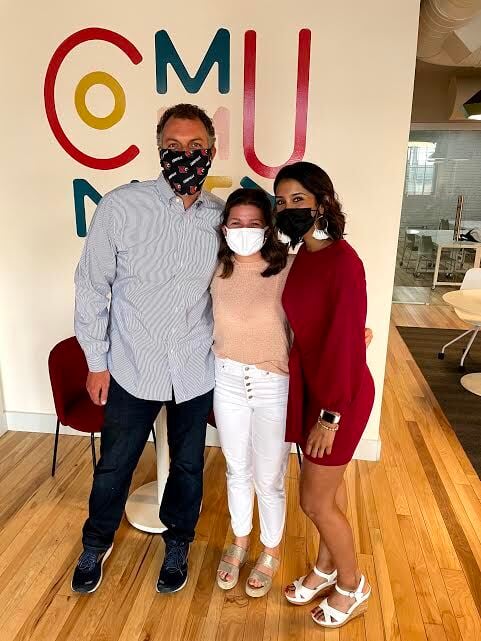 Frankfort High students Ella Abney, center, and Lilia Saxena Smithson pose with Ben Reno-Weber, a social entrepreneur from Louisville who is working with Abney and Saxena Smithson on the student leadership forum they've developed that will take place Thursday and Friday. (Photo submitted) 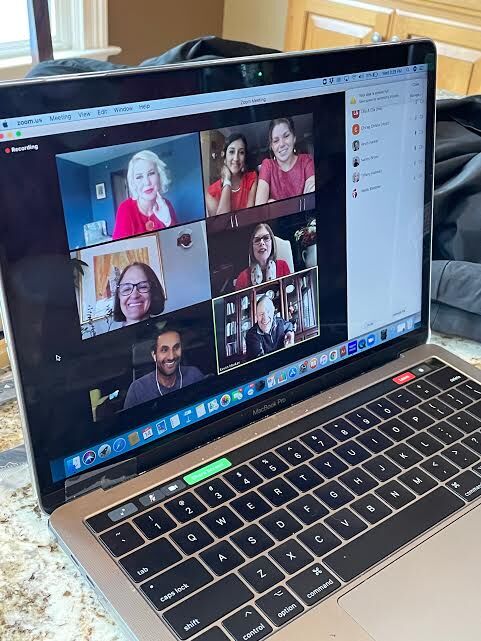 Frankfort High students Ella Abney, center, and Lilia Saxena Smithson pose with Ben Reno-Weber, a social entrepreneur from Louisville who is working with Abney and Saxena Smithson on the student leadership forum they've developed that will take place Thursday and Friday. (Photo submitted)

“We wanted to develop a leadership forum to empower students to explore their leadership potential and embrace it,” Saxena Smithson, a sophomore, said.

It wasn't long that the idea began to grow.

“It’s kind of like buying a house to flip it,” said Abney, a junior, said. “You start with a budget but it keeps going higher and higher.”

The result of that growth is Frankfort Leads, a student leadership forum that will take place Thursday and Friday.

To meet COVID regulations, the forum will take place at the Elizabeth, WesBanco’s downtown location and the Investor’s Heritage auditorium.

It will run from 8 a.m.-3 p.m. each day and include speakers, service projects and workshops. Students will be attending in person.

“It wouldn’t be the same if we had to be virtual,” Saxena Smithson said. “It's hard to interact on Zoom.”

“The advantage of virtual was it let us go a lot bigger on our speaker list,” Abney said.

Brown and Espinoza will present virtually, and Beshear's speech will be prerecorded.

A total of 130 students were nominated by teachers and counselors to attend the forum. They included FHS students and outstanding eighth graders from Second Street School.

Of those 130 students, 100 registered for the forum. They will attend at no cost with donations covering expenses.

“We talk about equity,” Abney said, “and not every student can afford $100 to attend a conference.”

The forum will focus on three kinds of leadership: influential, service and academic.

“People will see where they can use their leadership skills in an applicable way,” Abney said.

The service projects will be writing a letter to legislators (influential), the beautification of Dolly Graham Park (service) and creating literacy kits for The Kings Center summer students (academic).

Community leaders, students and school personnel have helped organize the forum, and they served on one of four teams.

The teams have been meeting since January to organize the event.

“One of the activities is a breakout game where students are stranded on an island, and they have to figure out how to get off the island,” Abney said. “They have to use all of the students on the team to break out effectively.

"There's another where someone is blindfolded. Someone will be leading them, but they'll have to use their communication skills."

This will be the first time the student leadership forum has taken place, and Saxena Smithson and Abney hope it becomes an annual event.

“When we began, Dr. (Houston) Barber (Frankfort Independent Schools superintendent) said he wanted to see us come back in 20 years as guest speakers, to see how the forum has grown and changed,” Abney said.

Second Street between Taylor Avenue and Conway Street to be closed

Franklin County has the second highest percentage of COVID-vaccinated residents in the state. Have you received your COVID vaccine?