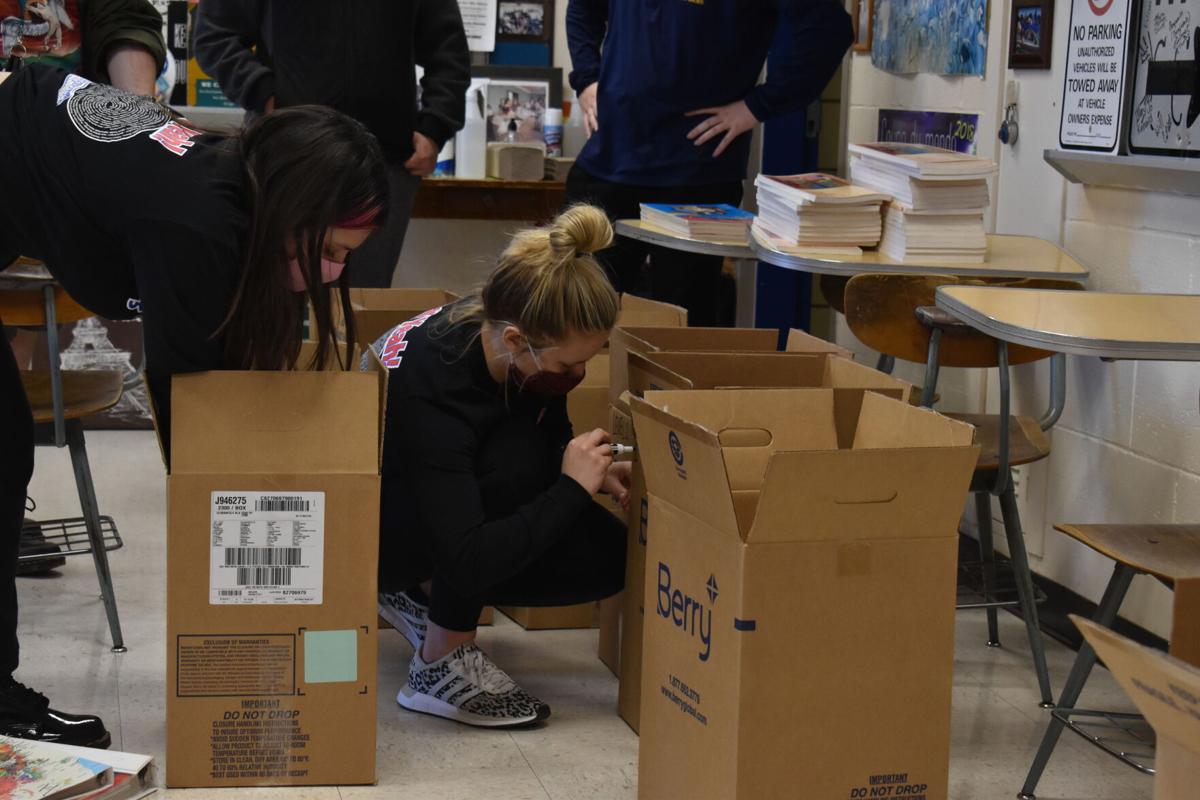 Peyton Sutton labels one box while Jordan Harris, left, packs another Thursday at Franklin County High School. Sutton and Harris are members of the school's French Club, which packed French textbooks no longer used at FCHS to be donated to a school in Haiti. (Linda Younkin/State Journal) 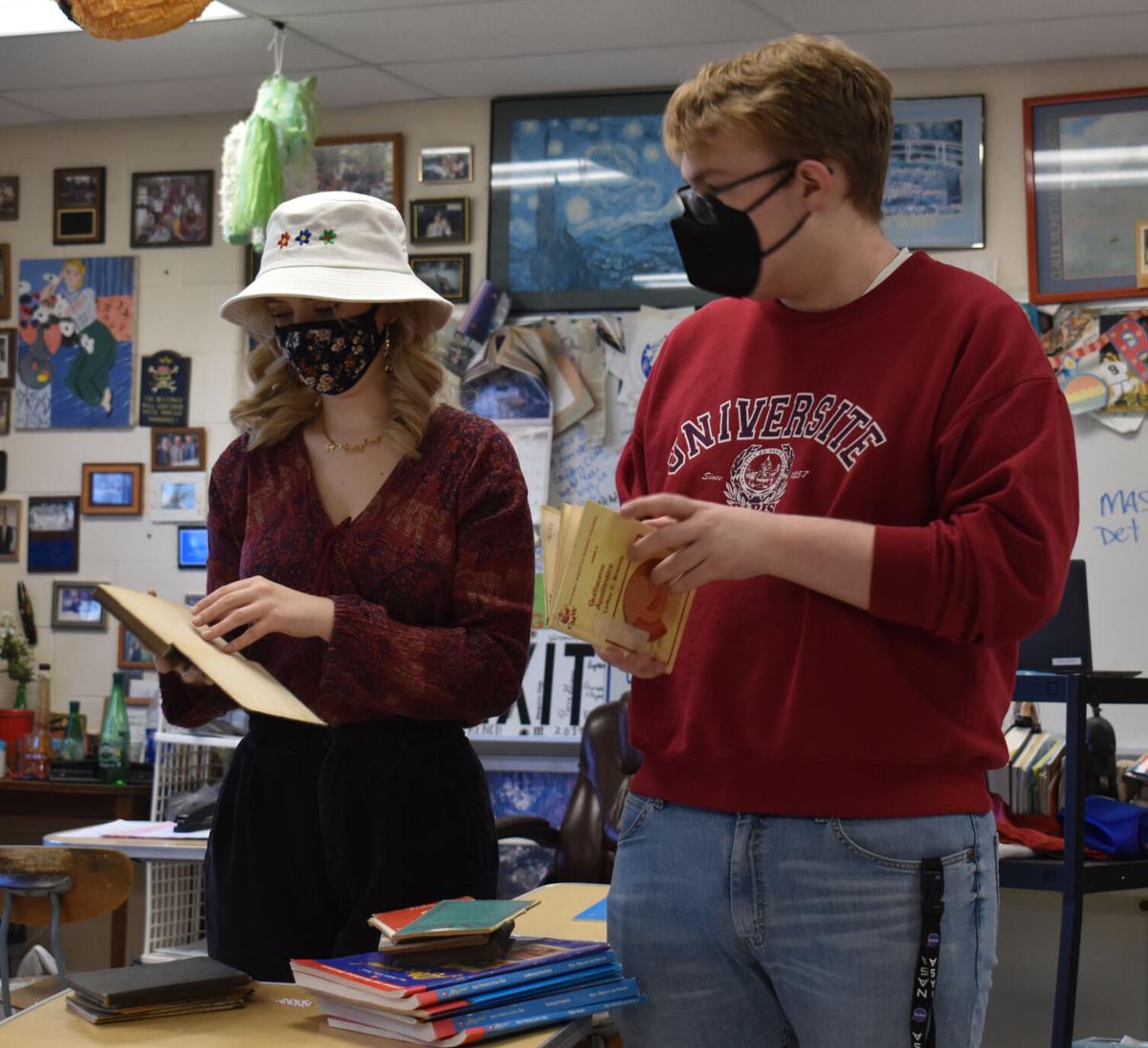 Franklin County's Kayla Rogers, left, and Cooper Hendrix look over material to be shipped to a school in Haiti. (Linda Younkin/State Journal)

Peyton Sutton labels one box while Jordan Harris, left, packs another Thursday at Franklin County High School. Sutton and Harris are members of the school's French Club, which packed French textbooks no longer used at FCHS to be donated to a school in Haiti. (Linda Younkin/State Journal)

Franklin County's Kayla Rogers, left, and Cooper Hendrix look over material to be shipped to a school in Haiti. (Linda Younkin/State Journal)

Franklin County High School had some French textbooks in storage that it was no longer using.

As of Thursday afternoon, the books were headed to a new home.

Members of the FCHS French Club, under the guidance of French teacher Terry Johnson, boxed the books for the Haitian Needy Children’s Foundation, a nonprofit organization based in Frankfort.

“We knew someone could use them,” Johnson said.

The books are going to a school in Samadeck, which is in the mountains of Haiti.

“Our founder, Raymonde Jacques, founded a school in Haiti about 25 years ago,” said Judy Goddard, the organization's secretary who picked up the books Thursday at FCHS. “The principal is very excited about the books.

“We’ve had books donated from Paul Sawyier Library, but they’re mainly in English. We need books written in French because people in Haiti speak French.”

The textbooks donated from FCHS include some for teachers, some for students and workbooks, and they were written for different levels of study.