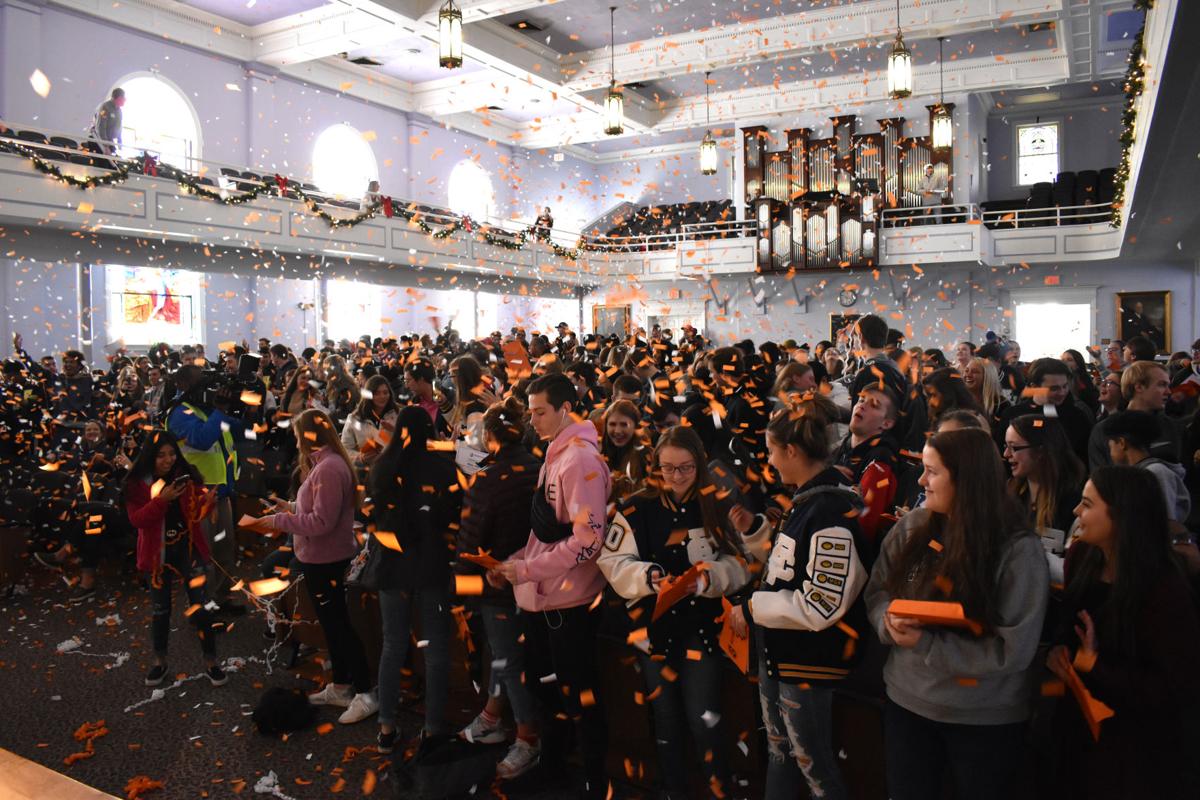 Local high school seniors find out that they are eligible for Georgetown College's Legacy and Legends Scholarship on Thursday at the college. (Photo by McKenna Horsley) 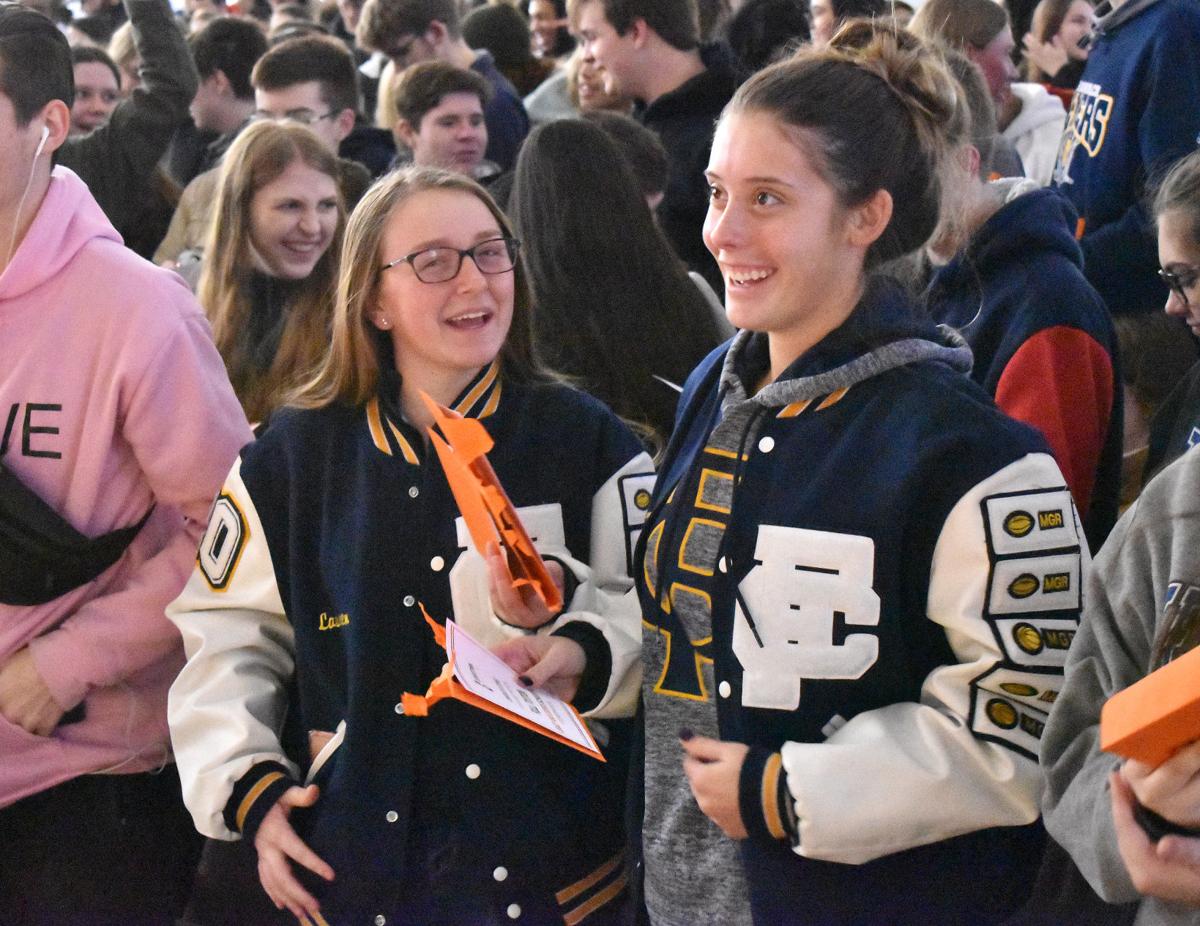 Local high school seniors find out that they are eligible for Georgetown College's Legacy and Legends Scholarship on Thursday at the college. (Photo by McKenna Horsley)

GEORGETOWN — Any student who graduates in Franklin County — no matter whether they are homeschooled or attend a public or private school — in the next decade will be eligible for a full-tuition scholarship at Georgetown College.

Current third graders to high school seniors are eligible for the scholarship once they graduate. The scholarship, formally called the Legacy and Legends Scholarship, is worth about $160,000 per student.

To use the scholarship, students have to be admitted to Georgetown, be a full-time student, stay in good standing with the college and live on campus. Room and board and fees are not covered by the scholarship. Funds from other scholarships, like the merit-based ones offered at Georgetown, or from KEES money or federal aid can be used to offset those costs.

“This is the exclamation point on the beginning of our 200th anniversary,” the president of Georgetown College, Will Jones, told students on Thursday.

Franklin County was among the counties chosen for its residents to receive the scholarship because of Georgetown’s early history of including women in the college. In 1846, four women joined a seminary connected to Georgetown. One was Mary F. Craig, who came from Franklin County. According to a press release, Craig “would be a trailblazer for all women who would go on to attend Georgetown College, and Legacy and Legends honors her legacy and the legacy of those early female students.”

Georgetown College is a private, Christian-affiliated institution in Georgetown, just under 20 miles away from Frankfort. The college has 90 programs, according to its website.

Franklin County is the fourth and final county to be eligible for the Legacy and Legends Scholarship. The other counties, which Georgetown announced previously, are Scott, Owen and Casey.

Current Franklin County seniors attended the announcement at Georgetown College on Thursday, but they didn’t know prior to the event what news they were about to receive. Jones told students that at least one of them would win a full-tuition scholarship. As the students opened the orange envelopes they were given to reveal the winners, they realized that they all won the scholarship.

“It kind of rearranges all my options at this point. Georgetown is definitely at the top,” said Lauren Walters, a senior at Franklin County High School.

Mark Kopp and Houston Barber, superintendents of Franklin County Schools and Frankfort Independent Schools, respectively, were in attendance on Thursday. They agreed that the scholarship is a “game changer” for their students.

“This is going to be a fantastic opportunity for our families to be able to afford a wonderful postsecondary education for their kids,” Kopp said. “We are only one of four counties in the state that has this opportunity, so we couldn’t be more excited to be a partner with Georgetown moving forward and we are so incredibly grateful for this.”

Kopp said that now, the district can tell students that tuition is no longer a “barrier” for them to attend a postsecondary institution. For students who did not have the resources to go to a four-year university, the scholarship is an opportunity to do so, Barber said.

Kopp added that the scholarship will not only benefit the students but the community.

Franklin County Judge-Executive Huston Wells said the scholarship will encourage residential growth, as it might entice people who currently work in Franklin County but do not live here to move their families. This could create a ripple effect, as young families could be enticed to move to Frankfort, have their kids go to college and then find employment after getting a degree, he explained.