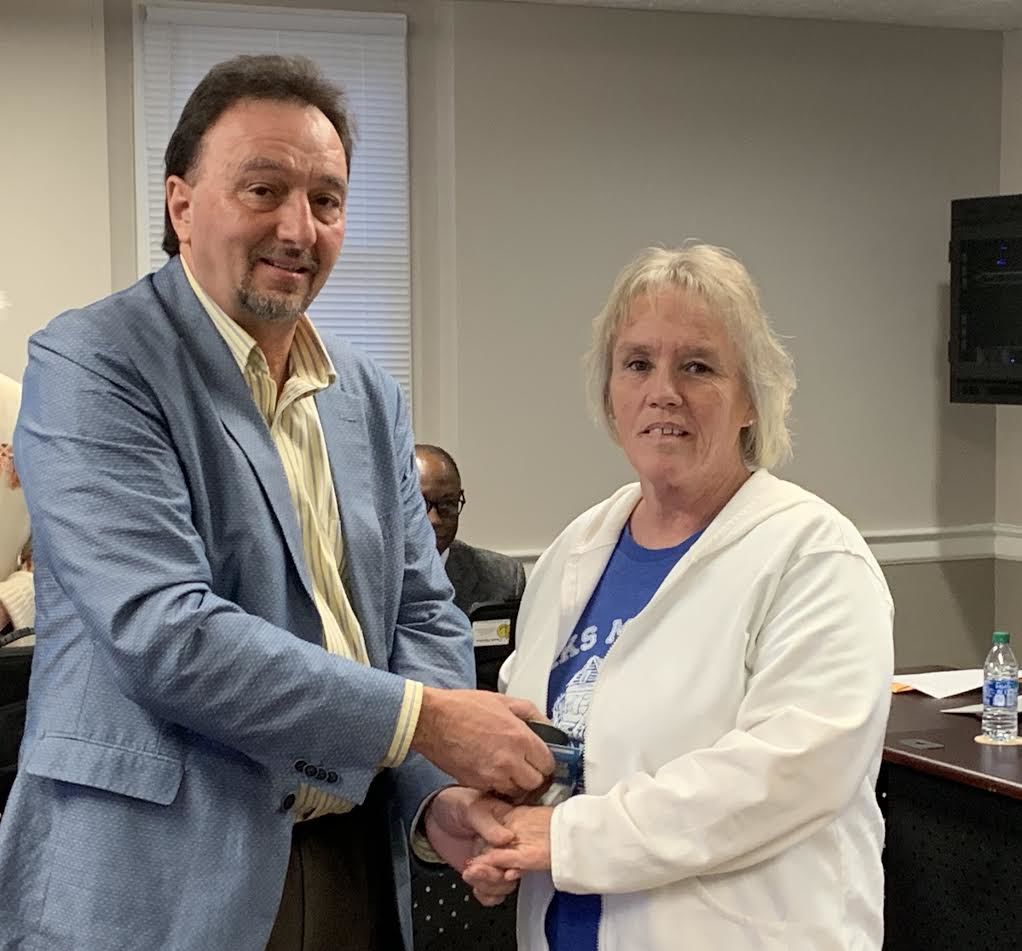 Michelle Grimes, right, stands next to Franklin County Schools board member Larry Perkins as she's honored at the FCS board meeting Monday night for her heroic efforts during a bus accident in February. (Jordan Hensley/The State Journal) 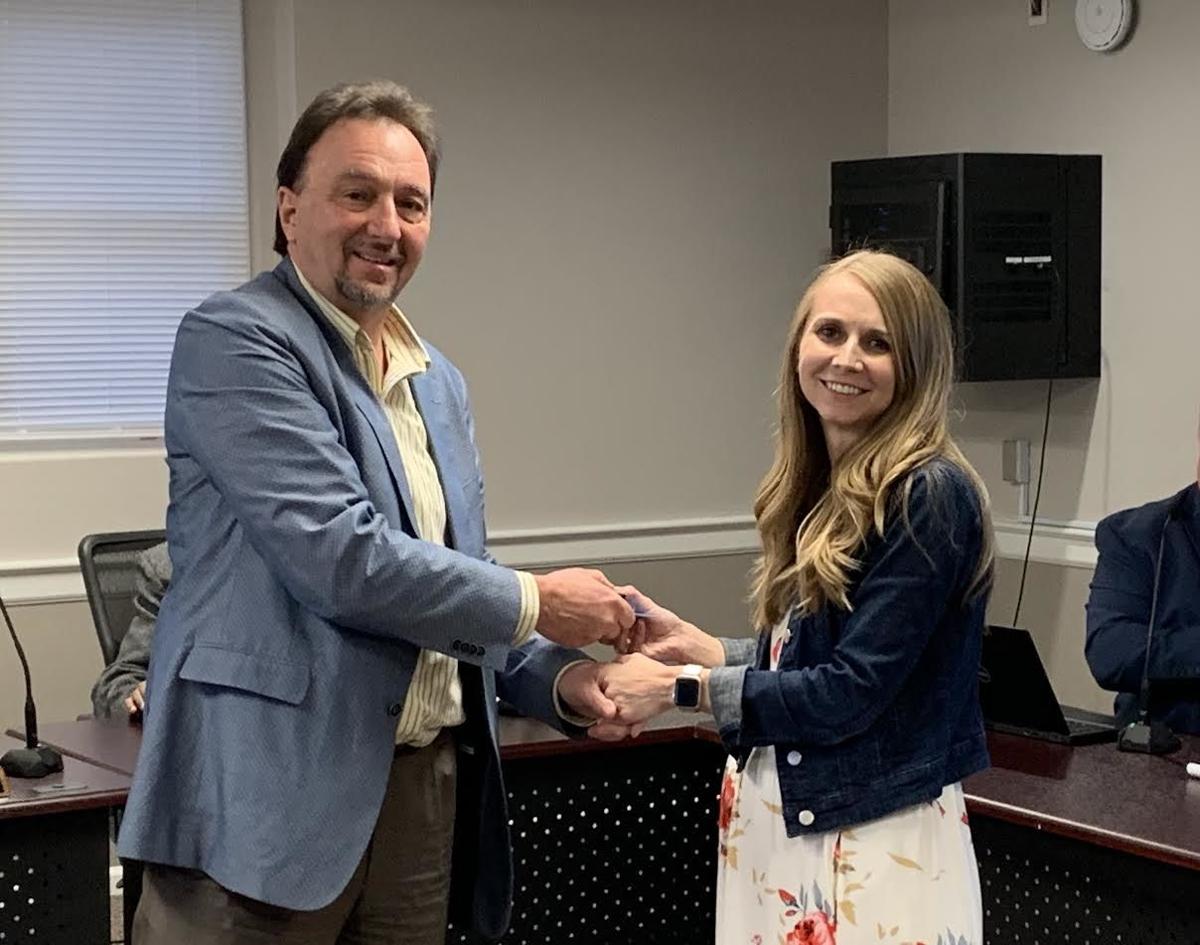 Elya Ebert, right, stands next to Franklin County Schools board member Larry Perkins as she's honored at the FCS board meeting Monday night for being outstanding with her colleagues and fourth-grade students at Peaks Mill Elementary. (Jordan Hensley/The State Journal)

Michelle Grimes, right, stands next to Franklin County Schools board member Larry Perkins as she's honored at the FCS board meeting Monday night for her heroic efforts during a bus accident in February. (Jordan Hensley/The State Journal)

Elya Ebert, right, stands next to Franklin County Schools board member Larry Perkins as she's honored at the FCS board meeting Monday night for being outstanding with her colleagues and fourth-grade students at Peaks Mill Elementary. (Jordan Hensley/The State Journal)

The bus driver responsible for keeping seven students safe during a crash last week was honored at the Franklin County Schools board meeting Monday night.

At around 3:30 p.m. on Feb. 25, Michelle Grimes, driver for FCS bus No. 29, was on U.S. 127 North at Swallowfield Road about to drop off a student when she noticed a vehicle was about to crash into the back of her bus.

Grimes then stopped the student from exiting the school bus, closed the door and pulled up to minimize the impact as a vehicle slammed into the back of the bus.

No one was injured, but the driver of the vehicle was charged with operating a motor vehicle under the influence of alcohol, among other charges.

“If it weren’t for (Grimes’) actions, this would’ve been a horrific accident,” Superintendent Mark Kopp said. “So, Michelle, we can’t give you enough to say how much we appreciate the job that you did, but we would love to honor you as a team member of the month.”

Grimes was one of two people given the team member of the month honor at Monday night’s meeting.

She and Ebert were awarded a special hockey puck and a $50 Amazon gift card.

“The relationship she forms with her students helps motivate them to work hard and succeed in school,” the nomination reads. “She gives them consistent encouragement and praise, along with voicing high expectations for them in and out of the classroom.”