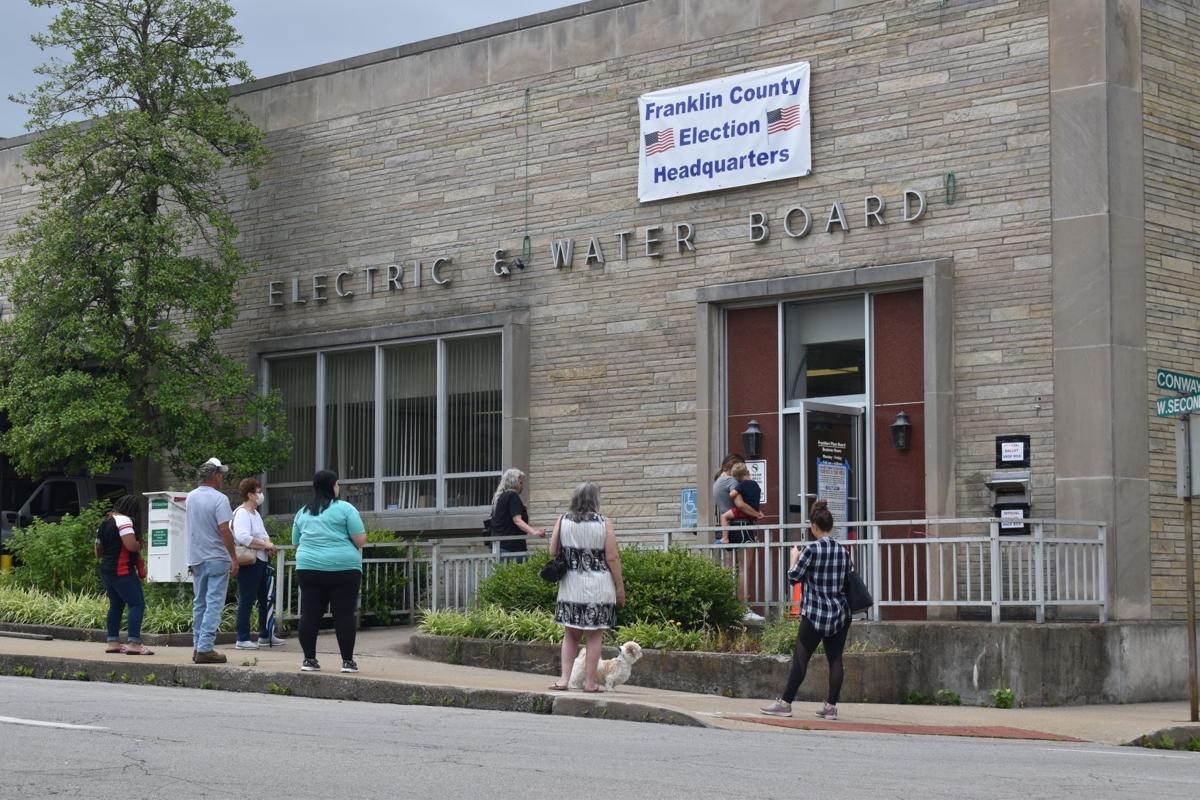 Voters lined up outside the old Frankfort Plant Board building on West Second Street on Tuesday for the 2020 primary election shortly before a rainstorm Tuesday morning. The old FPB building was one of three polling locations open due to the COVID-19 pandemic. (Jordan Hensley/The State Journal) 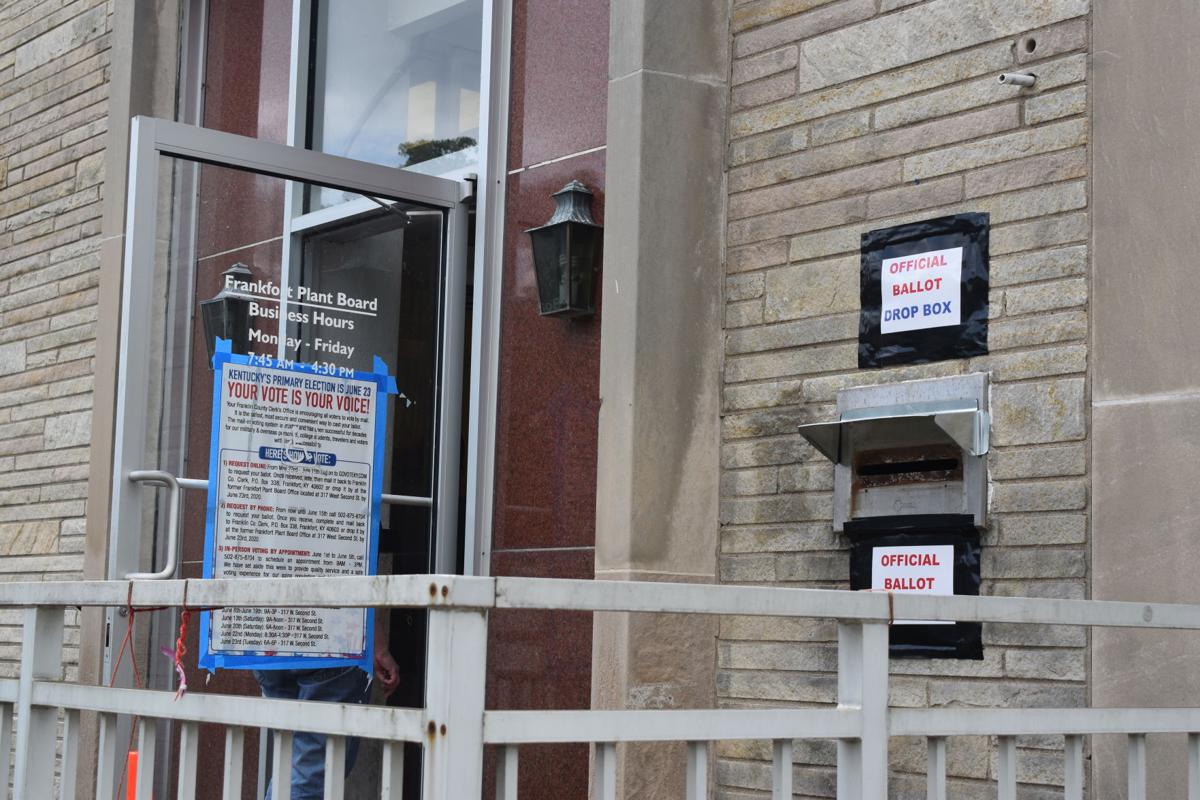 Franklin County voters could vote in-person or by mail for the primary election due to the COVID-19 pandemic. (State Journal file photo)

Even during a rainstorm, the line to vote at the old Frankfort Plant Board building remained steady Tuesday morning.

Should Kentucky allow unlimited early and mail-in voting in November like it did for the June primary?

In 2019, there were 44 polling locations across Franklin County.

More than 14,000 people either voted early in-person or by mail leading up to Tuesday’s primary, according to Franklin County Clerk Jeff Hancock.

Due to COVID-19 concerns, Gov. Andy Beshear pushed back the primary election date from May 19 to June 23. He also worked with the State Board of Elections to allow every registered voter to vote by absentee ballot. Typically, voters have to meet certain criteria to qualify for an absentee ballot.

Many voters were observed wearing a mask while voting on Tuesday.

Due to the high volume of mail-in ballots, Hancock told The State Journal results for Tuesday’s primary may not be available until June 30. Although Hancock is required by-law to post the in-person voting results for Tuesday, he said the totals will represent less than 10% of ballots cast.

“It just won’t be an accurate picture,” Hancock said. On Monday, Hancock said there were still thousands of mail-in ballots to be counted.

Although every registered voter in Kentucky could request an absentee ballot, many voters decided not to deviate from their regular election day plan.

“I wanted to vote for (Amy) McGrath,” Claus said when asked about the race most important to her during this primary. McGrath is in the running to be the Democratic U.S. Senate nominee to face longtime Republican incumbent Sen. Mitch McConnell in November.

While Claus wanted to vote in-person, Tiffany Durham, an in-person voter at the old FPB building, did not originally plan to.

Durham said she was disappointed she didn't receive the absentee ballot she requested.

“It would have been a lot easier to send in a ballot,” Durham said, adding she’s voting because she would like to see changes in “everything.”

Another voter who would like to see change was Todd Green. Green voted at Franklin County High School on Tuesday.

“He’s a good guy. I don’t have a problem with Mayor May, but I feel that’s not how it was designed — to be a career. And that goes on the national level too.”

Green said he voted in-person on Tuesday because he wanted to make sure his vote counted.

Frankfort Mayor Bill May announced in December he would not be running for reelection in 2020 due to a recent cancer diagnosis. May has spent 29 years in public office, serving as Frankfort’s mayor for five terms over 21 years and five terms as a city commissioner.

Five candidates are vying to take his spot: Tommy Haynes, Jason Keller, Stewart Perkins, Layne Wilkerson and Rodney Williams. The race for mayor is nonpartisan and the top two candidates will advance to the Nov. 3 general election.

The city commission race is also nonpartisan. The top eight candidates will advance to the general election.

Franklin Countians voting on a Democratic ballot will also choose a Democratic Franklin County Jailer candidate. Current interim Jailer Jake Banta is up against Tracy Hopper and Richard Sandifer in the Democratic primary. The winner will face Republican candidate Wes Culbertson in the fall.

Culbertson is running unopposed in the Republican primary.