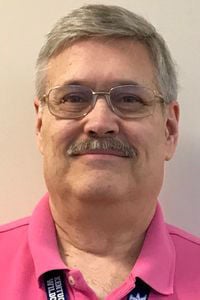 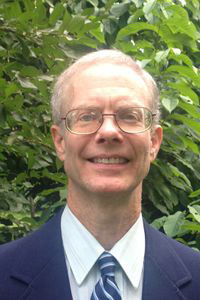 In advance of Tuesday’s primary election, The State Journal asked candidates running for Congress to complete a short questionnaire.

All of the U.S. House 6th District Republican candidates were invited to participate.

Here are the responses from Chuck Eddy and Geoffrey Young.

B. $250 billion in aid for businesses and nonprofits under 100 employees. This can include franchises provided all associated ownership groups do not exceed 100 employees: example, 4 McDonalds franchises. Complete report with transparency to Congress.

C. Transparency on earlier business aid must be reinstituted. The Treasury Department must report on all loans or grants in CARES Act.

D. This was not part of your question, but it is imperative for federal CARES Act to provide $1 trillion Budget Relief to state and local governments, similar to 2009.

B. Mandatory income tax release for previous five years for all House, Senate and presidential candidates to get on primary or general election ballots. No release, not on the ballot.

C. Mandatory public declaration of all donations of $1,000 or more to all PACs and candidates by individuals and companies/unions/other organizations. All media advertising over $5,000 cumulative per election cycle must have individuals and organizations who contributed to the purchase on file with FEC for public review.

Military Budget: A. A full audit shall be performed in 180 days. Report to Congress 60 days after completion. Audit to be performed every other year.

B. Overseas military bases shall be analyzed and reduced by minimum 5% every year for five years. Personnel stationed overseas to be returned to U.S. bases.

Direct all pandemic-related aid to families and small businesses, not to huge banks and “defense” corporations. I would've voted against the CARES Act (which was signed into law on March 27) because “almost 82 percent of the benefits of the tax breaks will go to just 43,000 Americans who make over $1 million annually. In contrast, less than three percent will go to the great majority who earn less than $100,000 per year,” according to the Joint Committee on Taxation (JCT), a nonpartisan congressional body.

No. I support community control of all police departments and an end to the militarization of police forces. The following article explains the most important elements of what community control means: active citizen involvement in the policies, hiring and oversight of police. https://www.minnpost.com/community-voices/2020/06/community-control-of-police-an-idea-whose-time-has-come/

Public financing of all elections. Ban all contributions by corporations, lobbyists, political action committees and unions. Limit individual contributions to a candidate to $500 per election. All candidates who are on the ballot should be invited to at least one debate per election cycle. Media coverage should never be limited to the candidates who have the most money. Prosecute party leaders who illegally rig primaries by providing party resources to some of that party's candidates and not others.

A bill to end all of our wars immediately. 1) The president shall sign a peace treaty with North Korea and establish full diplomatic relations with no preconditions. 2) The president shall remove all U.S. troops and CIA employees from Syria and Iraq because the governments of both countries demanded that we leave. 3) The president shall stop all cooperation with Saudi Arabia's genocidal attack against Yemen. 4) The U.S. shall quit NATO because it is no longer necessary. 5) AFRICOM shall be disbanded and all U.S. troops withdrawn from Africa. 6) All U.S. troops and CIA employees shall be brought home from Afghanistan. 7) All U.S. economic sanctions shall be canceled unless the UN Security Council approved such sanctions and still approves of them today.

The military budget should be cut by 50% because we do not need to “police” the entire world and we can't afford it. All work on “modernizing” our nuclear weapons should be halted immediately because the U.S. should be working with Russia and all other countries to eliminate all nuclear weapons worldwide — permanently. The CIA's budget should be zeroed out immediately because of the many illegal acts it has committed since it was founded in 1947.

Rep. Andy Barr did not respond to the questionnaire.