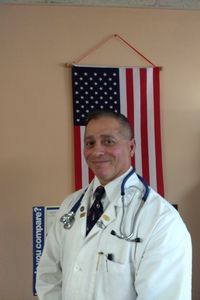 In advance of Tuesday’s primary election, The State Journal asked candidates running for the U.S. Senate to complete a short questionnaire.

All of the U.S. Senate Republican candidates were invited to participate.

Here are the responses from Paul John Frangedakis and C. Wesley Morgan.

Reparations owed were a great idea for freed slaves. Today none of us were slave owners or had families that did. African Americans need equality and opportunity. They are more than capable when given opportunities, better wages, education, especially inner city schools. We need to look at the leadership and see why they are not being treated with equality and get new leadership. I'm looking forward to help the community prosper and build a better relationship.

Election reforms should be no special interest money. No PAC money. Millionaires and billionaires should not be the only ones available to run.

First bill would be health care and education reforms. A working education system that helps all through better schools. Healthcare that is not government run but highly competitive so you get better rates and coverage.

Spending bills cut would be to countries we should not be supporting. Hundreds of billions a year go overseas, while our children in the United States are going to school ranked 27th in the world … same 27th ranking for our health care. Pathetic. We need better for everyone. Make America great for everyone!

Congress should provide financial assistance to all citizens as long as the citizens’ means of support is prohibited or curtailed by government order.

No, there has been all kinds of discrimination in American history, not just African American.

Strict voter ID laws, and a comprehensive, accurate and fast recount system should be instituted.

I would introduce a bill to reestablish a federal jobs program in Kentucky with emphasis on cleaning up and beautifying the state. To include all roads, streams, rivers and inter cities.

I would favor defunding all funds that are used in violation of the 10th Amendment of the Constitution. Such as Planned Parenthood, NPR and the Department of Education should be abolished.

Candidates Nicholas Alsager, Louis Grider and Naren James did not respond to the questionnaire. Sen. Mitch McConnell replied that he couldn't meet the deadline, and no contact information could be found for Kenneth Lowndes. Wendell Crow has withdrawn from the race but appears on the ballot.