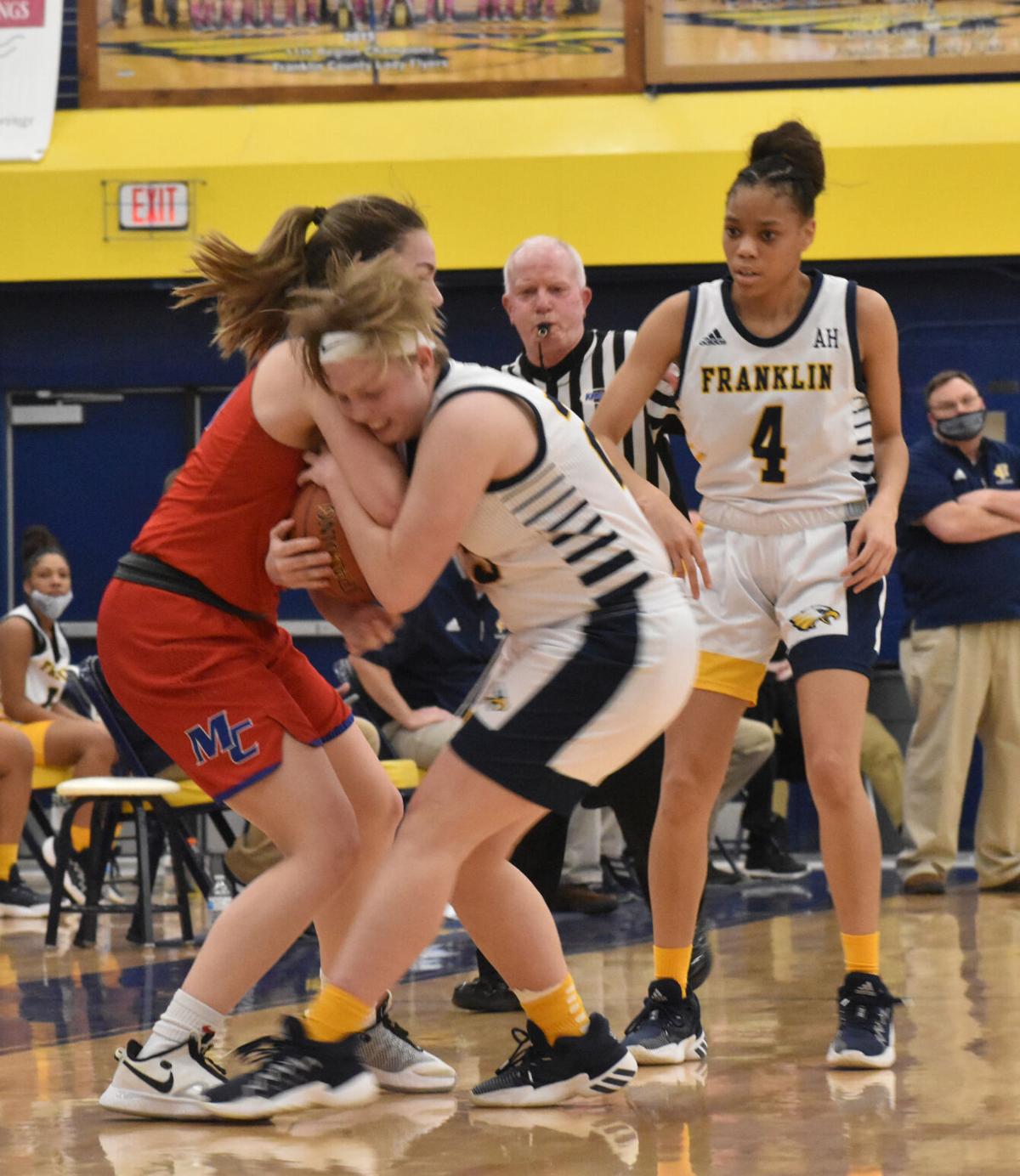 Because of a COVID issue within the Tates Creek girls basketball program, the Lady Commodores have dropped out of the 11th Region tournament.

Tates Creek was scheduled to play Franklin County Wednesday in the semifinals of the tournament.

With Tates Creek dropping out, the Lady Flyers advance to the championship game to be played Saturday at 2 p.m. at Eastern Kentucky University.

FCHS will play the winner of Wednesday's semifinal game between Madison Southern (18-6) and Lafayette (15-6).

The Lady Flyers put the news about the cancellation on Twitter and said information about tickets for Saturday's game will be posted later this week.

Tates Creek, which entered the postseason with a 4-11 record, won three straight games to capture the 43rd District title and beat Frederick Douglass Monday in the first round of the 11th Region tournament.