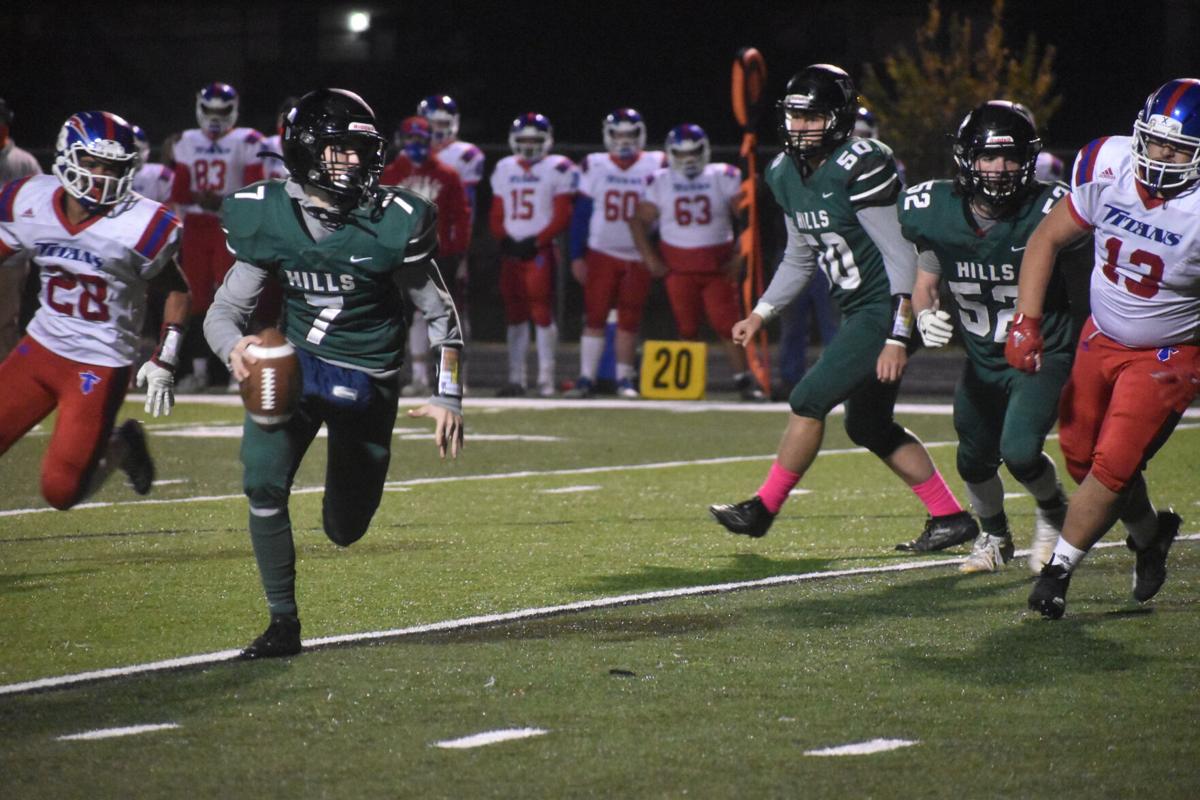 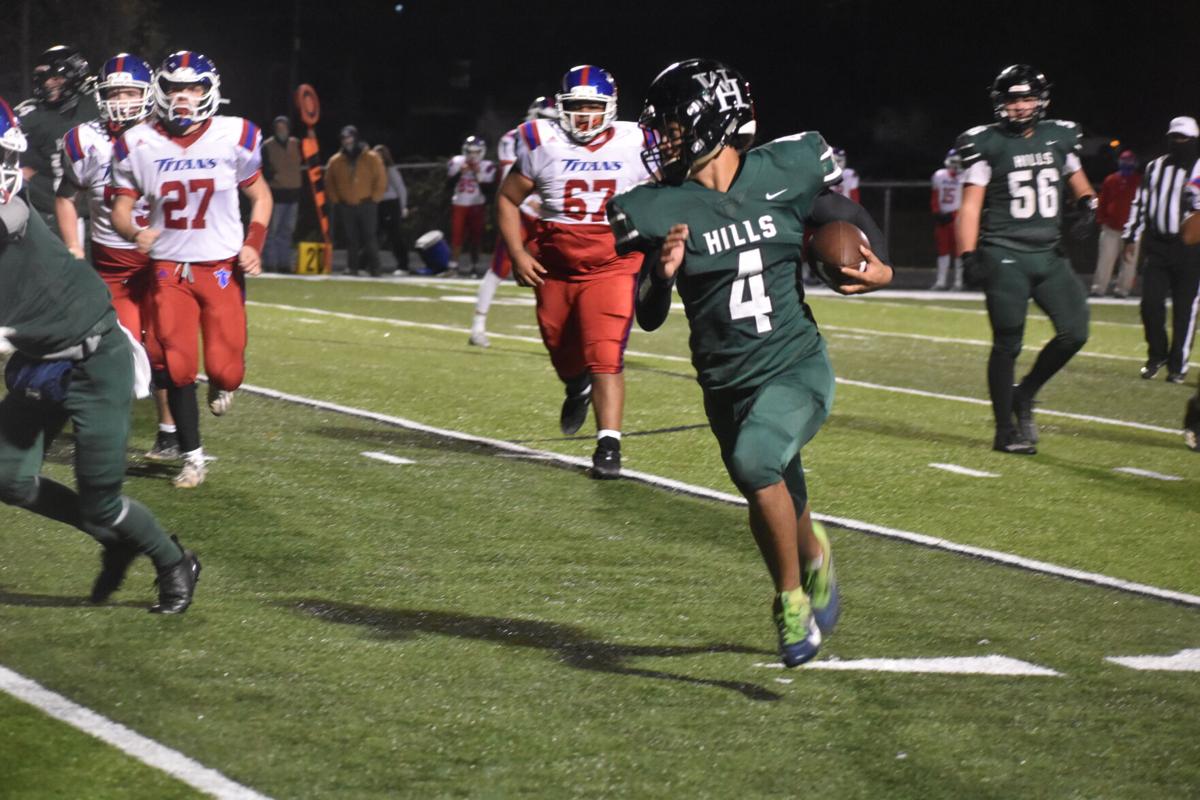 Western Hills' Jason Rogers heads to the end zone during the second half of Friday's game against Mercer County at WHHS. Mercer won 26-12. (Linda Younkin/State Journal)

Western Hills' Jason Rogers heads to the end zone during the second half of Friday's game against Mercer County at WHHS. Mercer won 26-12. (Linda Younkin/State Journal)

It wasn’t the outcome Western Hills football coach Don Miller wanted, but it was the improvement he was looking for.

The Wolverines hosted Mercer County Friday, an opponent that’s the fifth-ranked Class 3A team in the state in the latest Associated Press poll and whose only loss was its season opener against undefeated Boyle County.

“What I told them before the game is we haven’t put a full game together,” Miller said. “We’ll play a great first quarter and then struggle in the second quarter and dig ourselves too big of a hole.

“Tonight I thought we played better. We played all four quarters.”

The Titans (5-1) led 6-0 after the first quarter and tacked on a touchdown with less than a minute to go in the second quarter on a 55-yard pass from Trosper Buchanan to Aaron Caton, putting them ahead 13-0 at halftime.

The Wolverines started their first scoring drive on their next series, capping it with a 6-yard touchdown run by Jason Rogers. The big play of the drive was a 50-yard pass from Dylan Engler to Rogers.

With 5:44 left in the game, Engler an 8-yard touchdown pass to Rogers, and the Wolverines trailed 26-12.

That was as close as Western Hills got. Mercer turned the ball over on downs at the WHHS 5-yard line with 3:41 remaining.

A 13-yard pass from Engler to Dylan McGaughey gave WHHS a first down, and a personal foul penalty on the Titans two plays later moved the ball to Western Hills’ 39-yard line.

Mercer intercepted a pass with 1:02 left and took a knee on the next two plays to close out the game.

“In the second half we fought, battled,” Miller said. “This team beat CAL (Christian Academy of Louisville) 31-28, and they were ahead 28-12 before winning in overtime.

“I told the kids I’m proud of them. You don’t like a loss, but we did some good things.”

Western Hills (2-4, 0-3) will close out the regular season at home Friday against DeSales. The district opponents were scheduled to play Oct. 16, but it was postponed because of a COVID-19 concern at DeSales.

The Wolverines were originally scheduled to host Franklin County Friday.