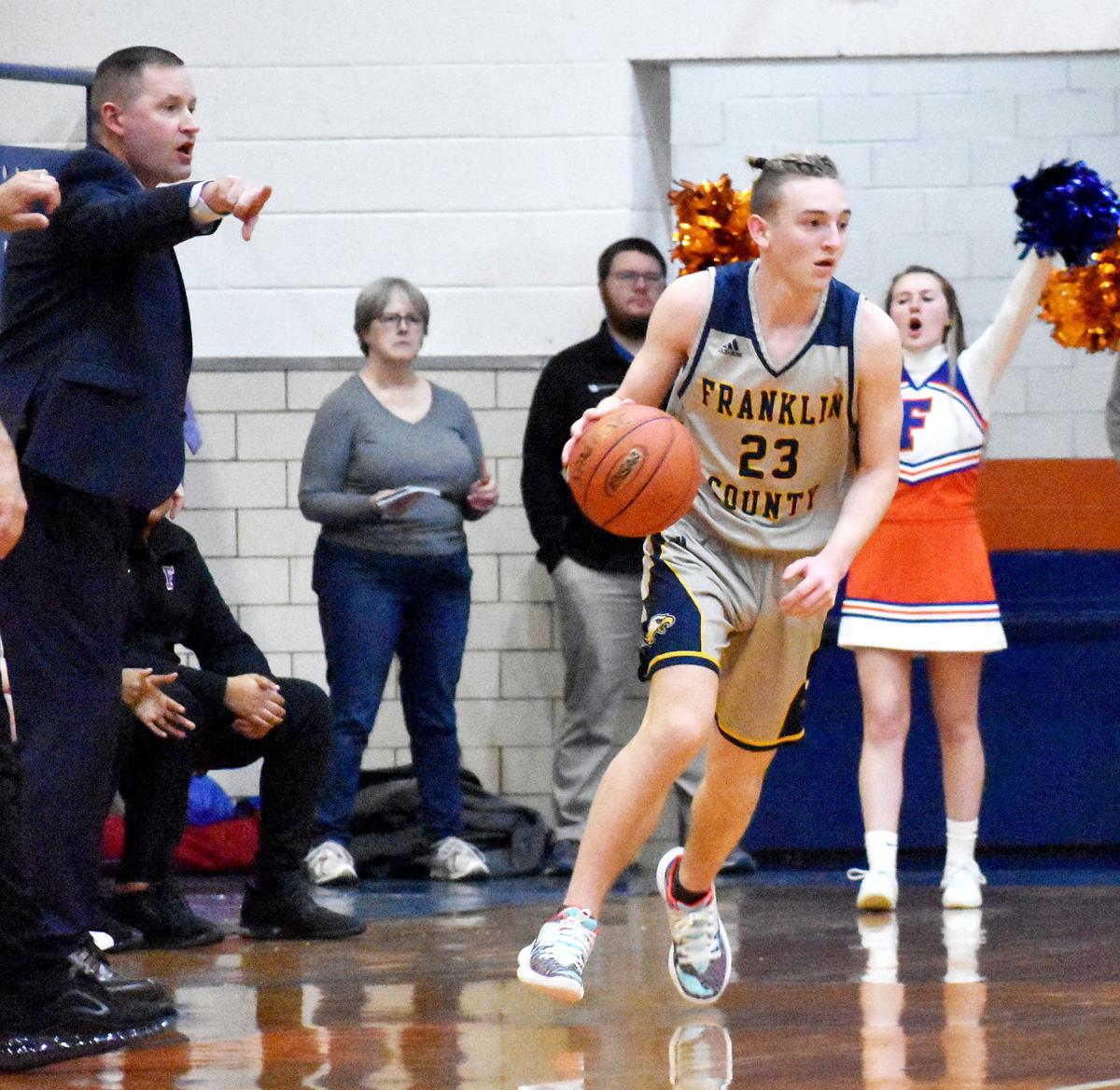 Franklin County’s Zac Cox takes the ball down the court during the game against Frankfort Friday night. (Chanda Veno/State Journal) 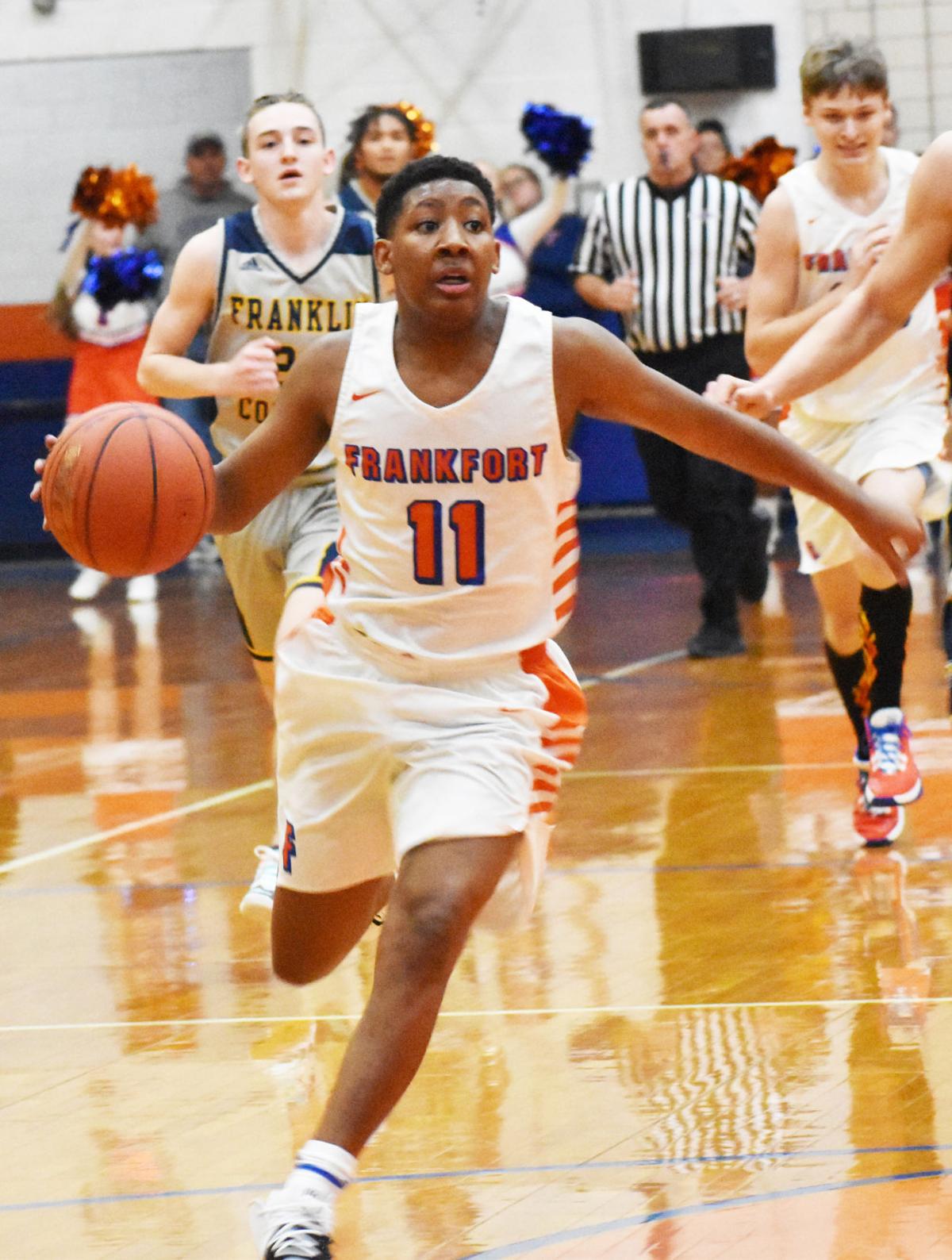 Frankfort’s Jordan Blythe takes the ball down the court during the game against Franklin County Friday. (Chanda Veno/State Journal)

Franklin County’s Zac Cox takes the ball down the court during the game against Frankfort Friday night. (Chanda Veno/State Journal)

Frankfort’s Jordan Blythe takes the ball down the court during the game against Franklin County Friday. (Chanda Veno/State Journal)

The Flyers left F.D. Wilkinson Gymnasium with a 54-47 victory.

“That was huge for us,” FCHS coach Tony Wise said. “We knew they’d come out ready to play. They had to replace some people, but they have some nice pieces left, and Will (O’Bryan) shot the all great from the outside.”

The Panthers’ strong play early gave FHS a 16-9 lead at the end of the first quarter and a 22-11 advantage with 5:07 left in the second period.

“We played really well in the first quarter and early in the second quarter,” FHS coach Chris O’Bryan said. “We go up 22-11, and then we don’t score again in the half.”

Cameron Phelps and Derrick King both hit 3-pointers during the Flyers’ 16-0 run to close the first half.

“I look up and we’re down 22-11,” Wise said. “I only had to call one timeout. The kids were a little frustrated, but they were getting good shots and hitting the glass.”

Frankfort won the third quarter 15-14 to trail by two points, 37-35, going into the final period.

“The third quarter has been difficult for us this year,” coach O’Bryan said, “but we played a much better third quarter than we have lately.

“We played well in the first quarter and early in the second, and we won the third quarter, but we have to play four full quarters. I can’t fault our energy or our effort. We’re competing, but we have to learn to play together as a team.”

FCHS had four players in double figures, led by Jayden Mattison with 12 points, 10 in the fourth quarter.

“We lost three games in a row,” Wise said, “but one was overtime and one we missed a free throw with two seconds left. Tonight we were able to get a lead, push it out and finish with some nice play.”

FCHS is now 6-7 overall and 2-2 in the district. The Flyers play their next game Tuesday at Carroll County.