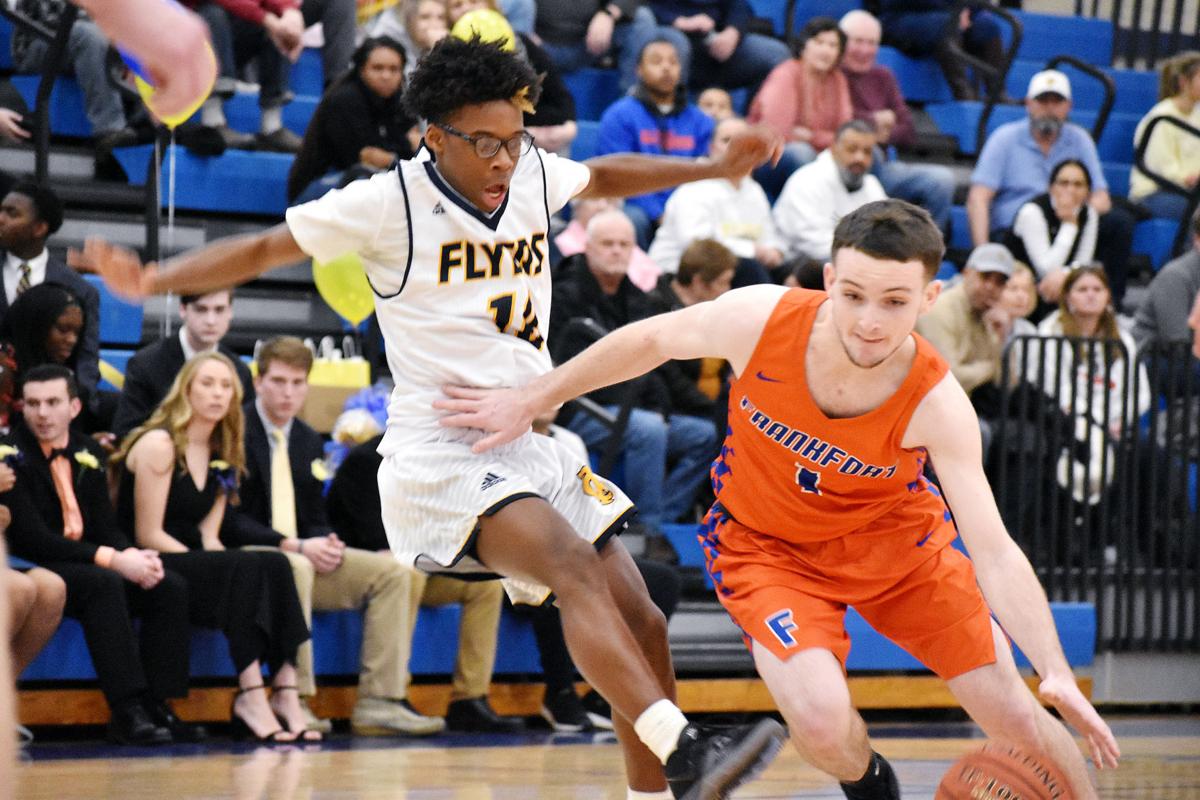 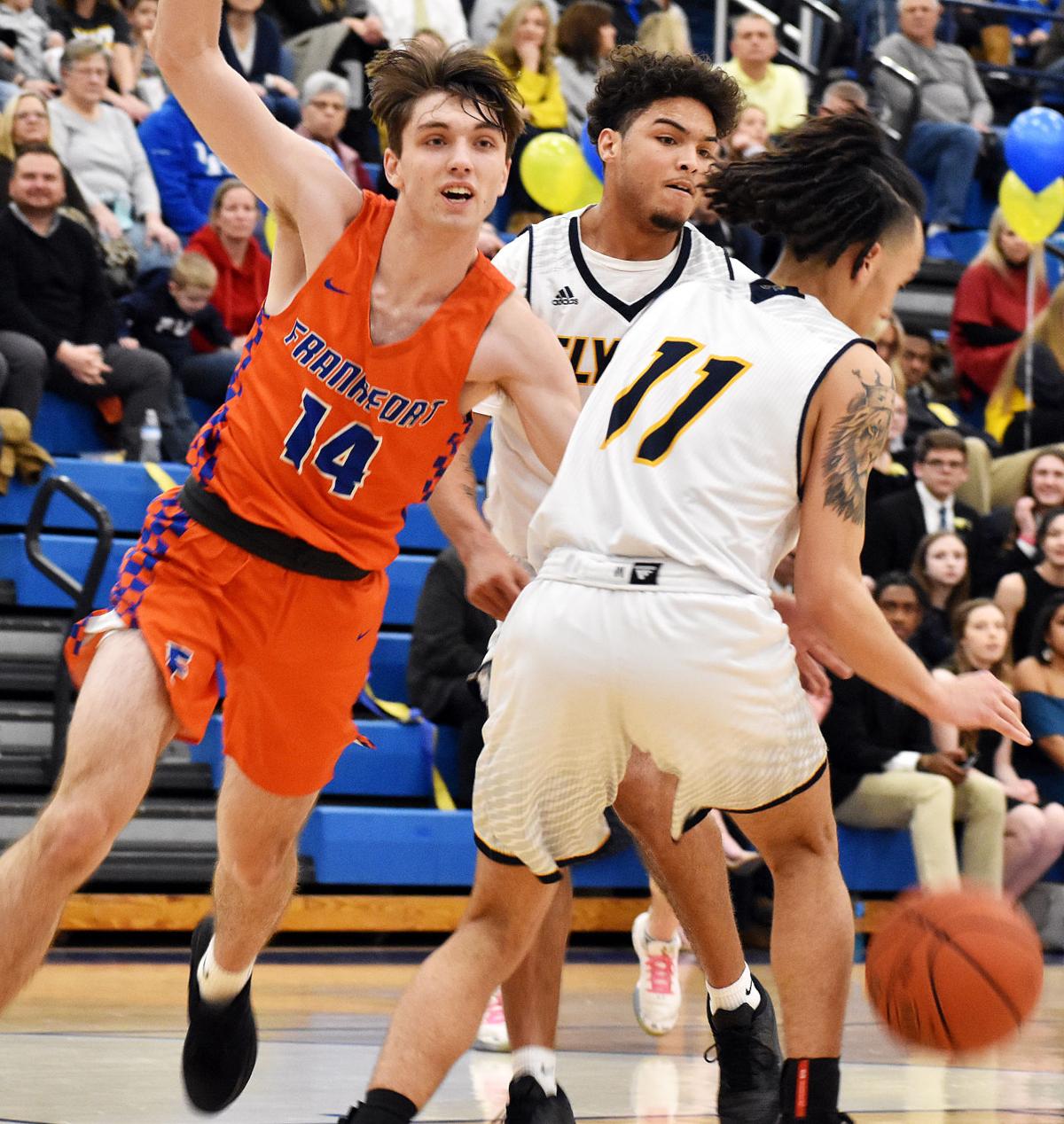 District seedings are still on the line, but Franklin County’s boys basketball team knows how it will start the postseason.

The Flyers defeated Frankfort 55-50 Friday at FCHS, wrapping up the second seed in the 41st District Tournament. Frankfort, if it beats Great Crossing Tuesday, would tie for the third seed with Western Hills.

“We talked that this was the kind of game in December that wouldn’t have gone our way,” FCHS coach Tony Wise said. “Frankfort is playing with a lot of confidence, and they’re hard to guard.”

The Panthers were close despite playing much of the first half without post player Jackson Twombly, who got in early foul trouble.

The Flyers kept the lead in the third quarter, and when Zac Cox hit a 3-pointer at the buzzer, FCHS led 34-29 going into the fourth quarter.

“We talked at halftime about playing with the same heart and energy. I felt like we did play with more heart, but we didn’t play as smart as we have lately.

“We’d make a move, get frustrated and make a foul, and you can’t do that.”

That was as close as the Panthers got in the final two minutes.

Joe Meador had several blocked shots during the game, and with 19 seconds left, FCHS’ Phillip Peiffer missed the second of two free throws, but teammate Jayden Mattison got the rebound and the assist as Peiffer scored on a layup to make the score 54-47 with 26 seconds left.

“Joe and I talked about that,” Wise said. “He kind of floated there in first half. I told him he needed to be more active, and he turned it up in the second half.

A free throw from Cameron Phelps put the Flyers up 55-47, and Austin hit a 3-pointer with three seconds remaining to make the final score 55-50.

“We got beat on the glass,” O’Bryan said. “Offensive rebounding down the stretch is what did us in.

“We played hard and we played with energy. Our kids didn’t quit, but we have to play smart, and we didn’t do that tonight.”

Frankfort (13-14) plays its next game at home Tuesday against Great Crossing, and FCHS (14-10) travels to Scott County Tuesday for its next game.