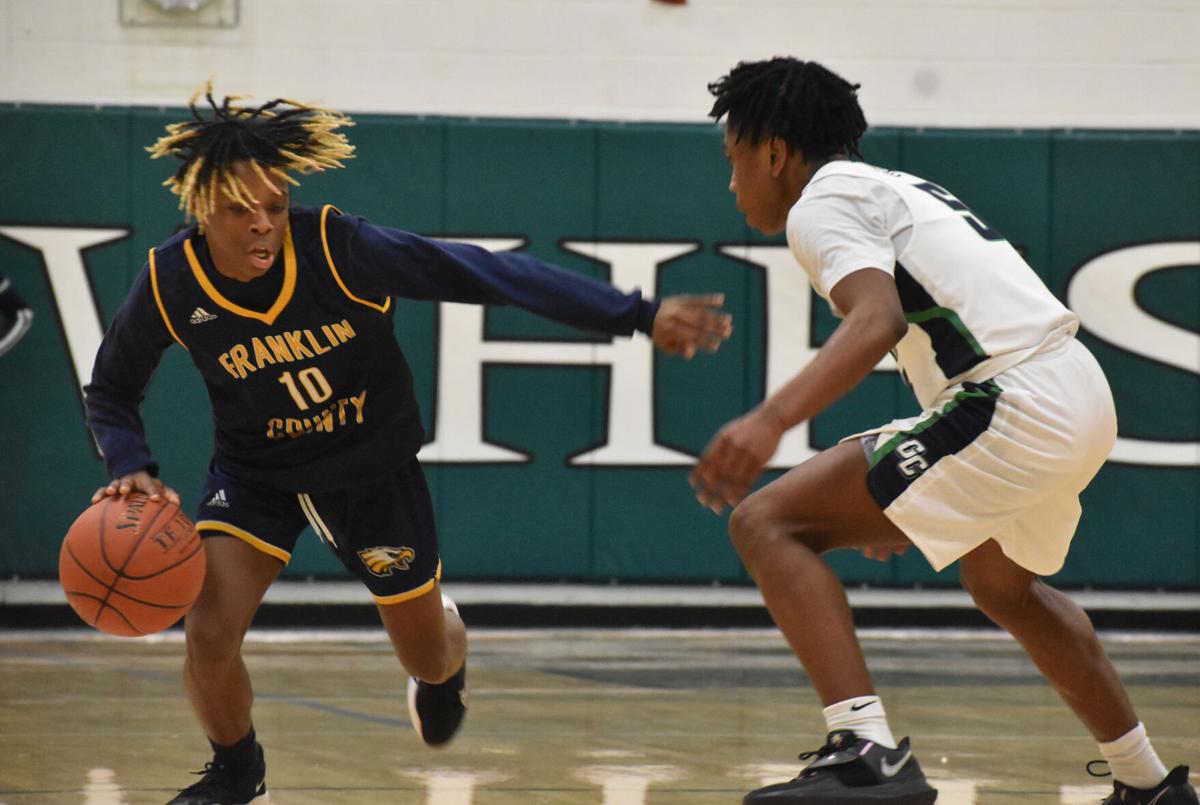 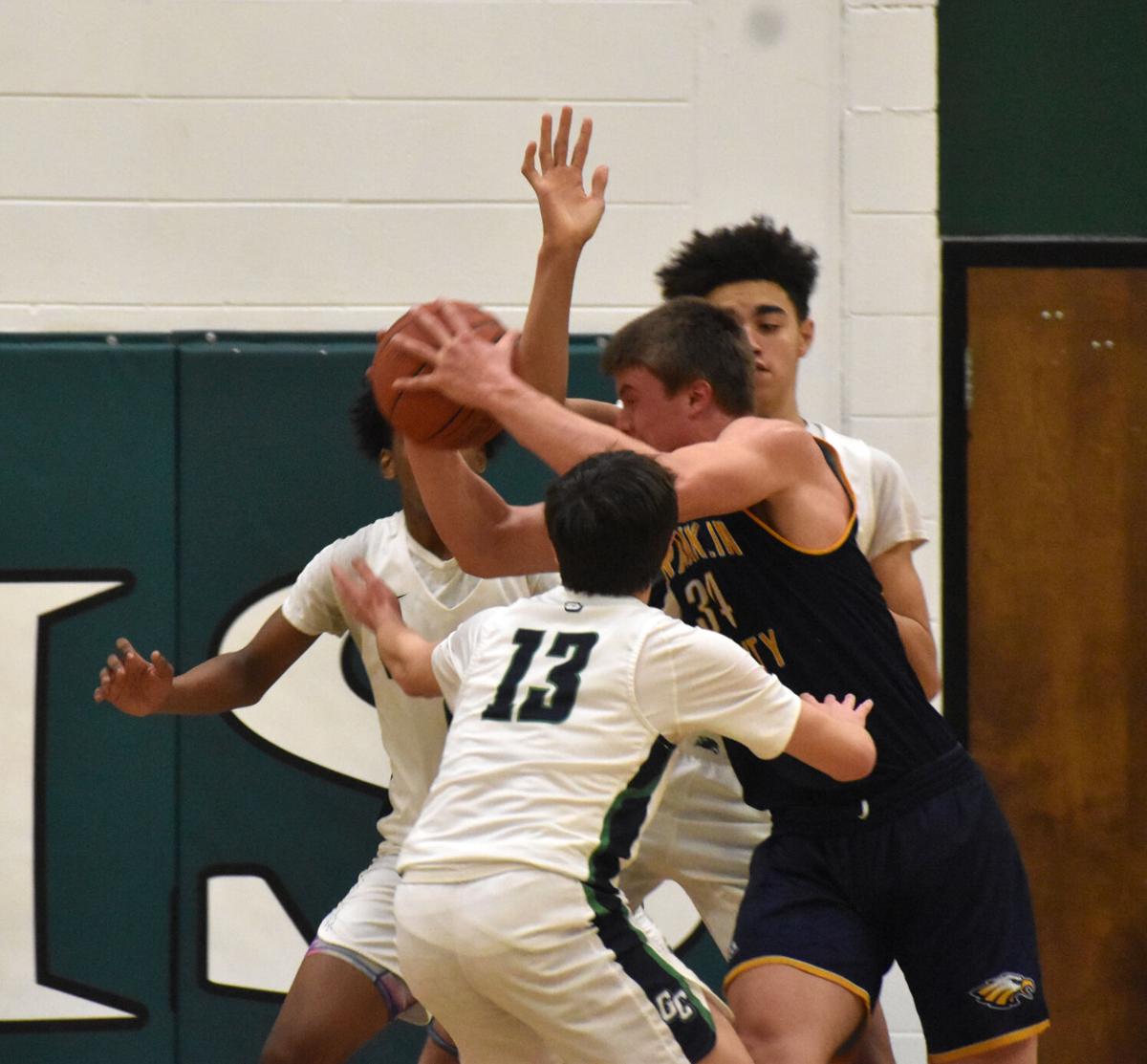 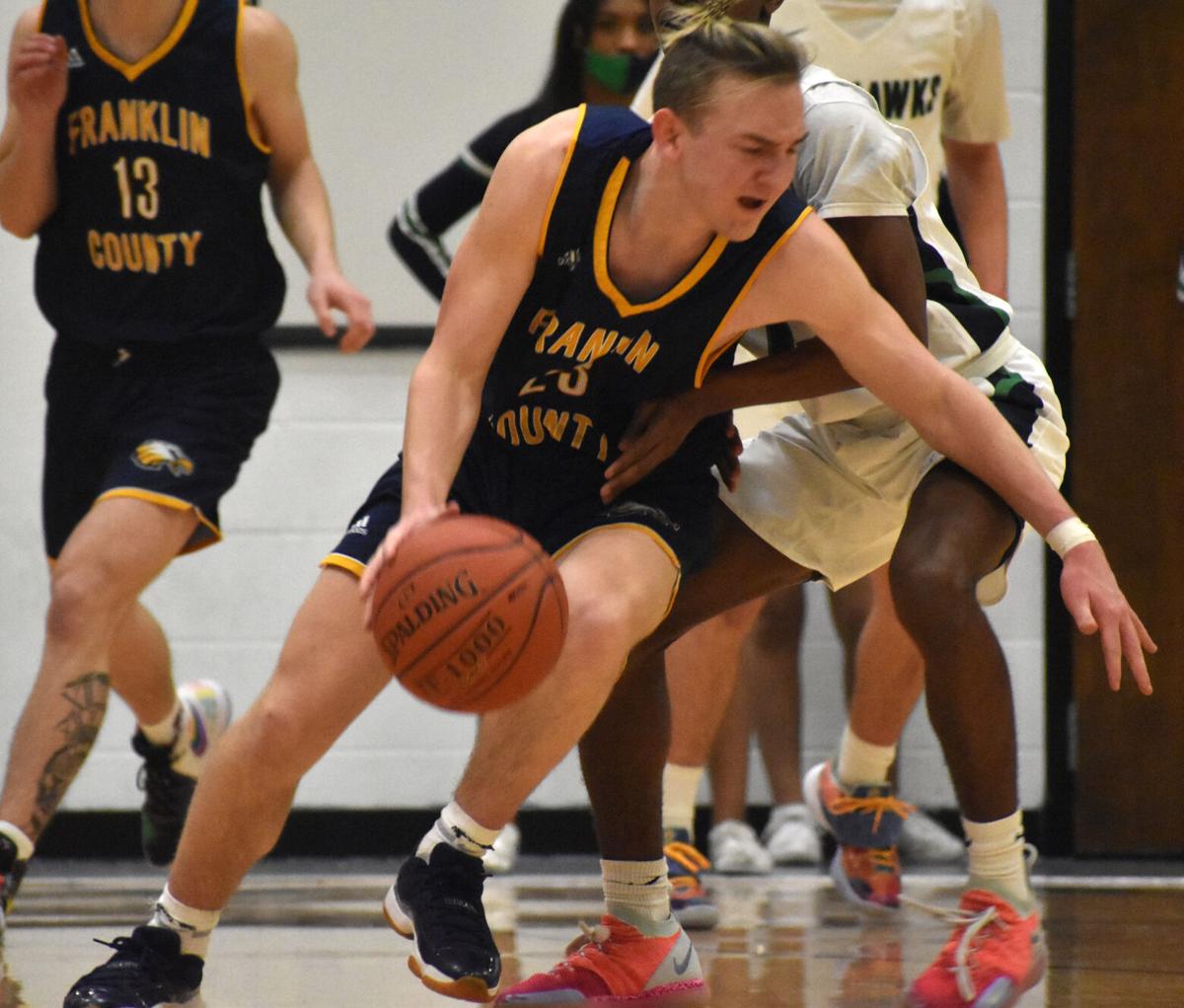 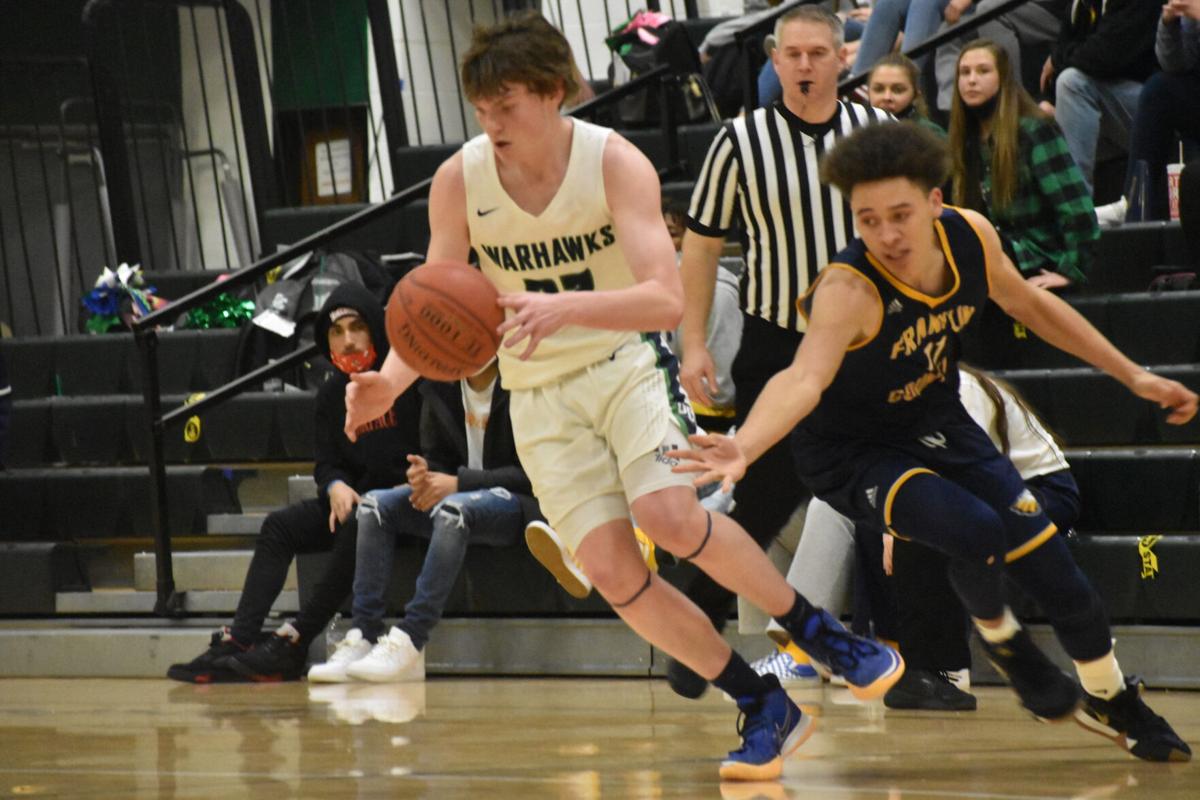 Boys basketball coaches in the 41st District have been saying all season that the district is so balanced there’s literally no difference between the No. 1 seed and the No. 4 seed.

The Flyers (13-9) will play in the championship game Friday at 8:15 p.m. against the winner of Wednesday’s Frankfort-Western Hills game.

Tuesday’s win secured a spot in next week’s 11th Region tournament for FCHS.

“I think if any of these district teams played a seven-game series, it would go seven games.”

When the two teams met on Jan. 15 in Georgetown, Franklin County held a late lead but lost 57-52.

Mattison rolled an ankle in practice the day before the game, and Peiffer missed the Flyers’ first three games of the season after suffering an injury late in the football season.

The Flyers were ahead 39-37 going into the fourth quarter, but Great Crossing wasted no time taking the lead, with Junius Burrell scoring on a layup and a 3-pointer for a 42-39 Warhawks advantage.

FCHS’ Nick Broyles hit a 3-pointer to tie the game, but a three-point play by Christian Martin tied the game at 45-45 with 5:08 remaining.

Cox started the Flyers’ 13-2 run with a putback, and he scored eight points in the fourth quarter.

After a layup by Great Crossing’s Carson Wells made the score 50-47 with 1:44 remaining, Peiffer had a three-point play and Fred Farrier II scored on a layup, putting the Flyers ahead 55-57 with less than a minute left.

Cox and Peiffer both scored 18 points to lead FCHS in scoring, and Broyles was in double figures with 13 points.

“The first game we were without Jayden, and he’s huge on the defensive end,” Wise said. “Phillip was just coming back, and Zac turned his ankle on the first play.

For the Flyers, it turned out being the No. 4 seed wasn’t an obstacle.

“We knew if we got the four seed, we’d get on the court Monday and get a couple of games in before Friday,” Cox said.