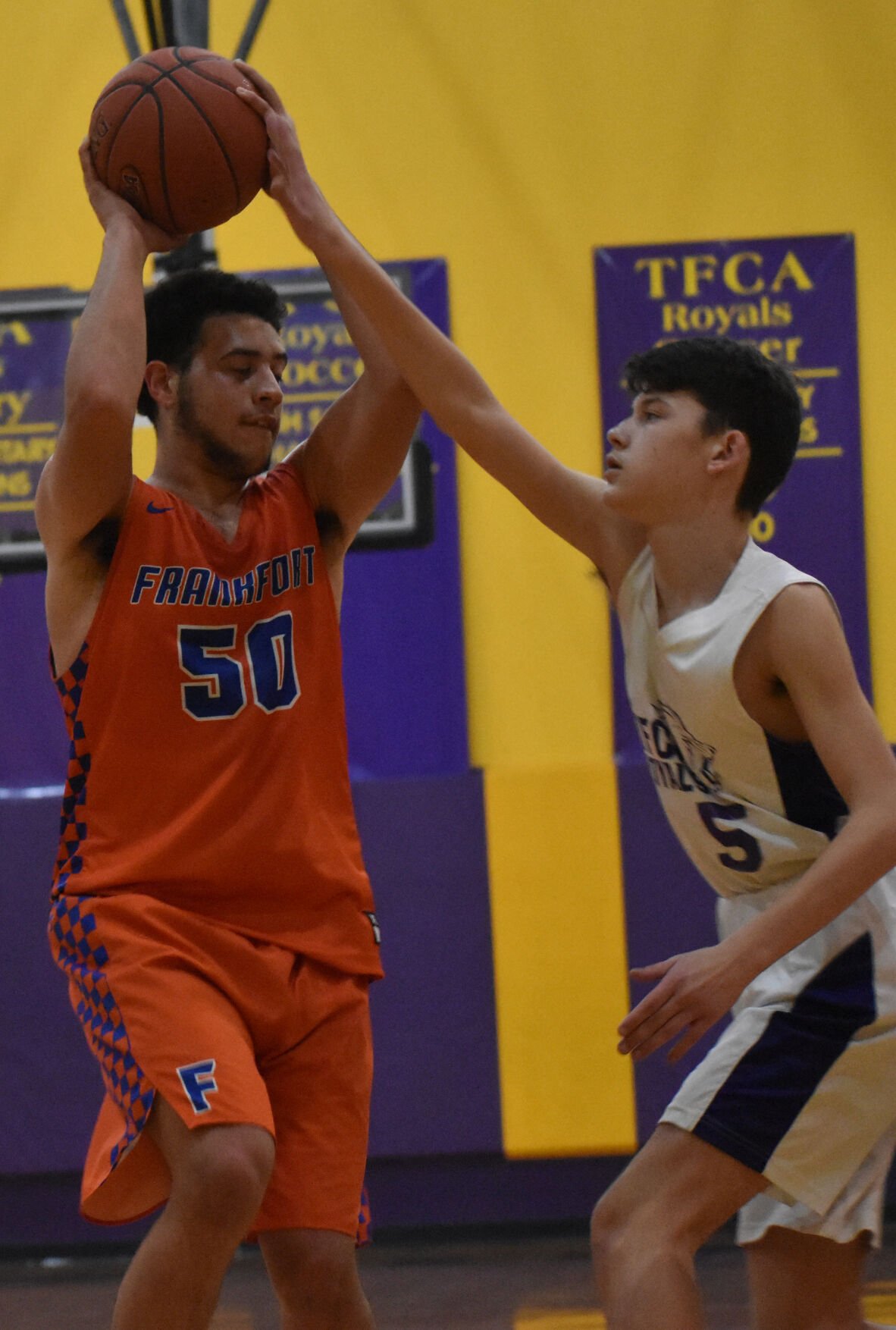 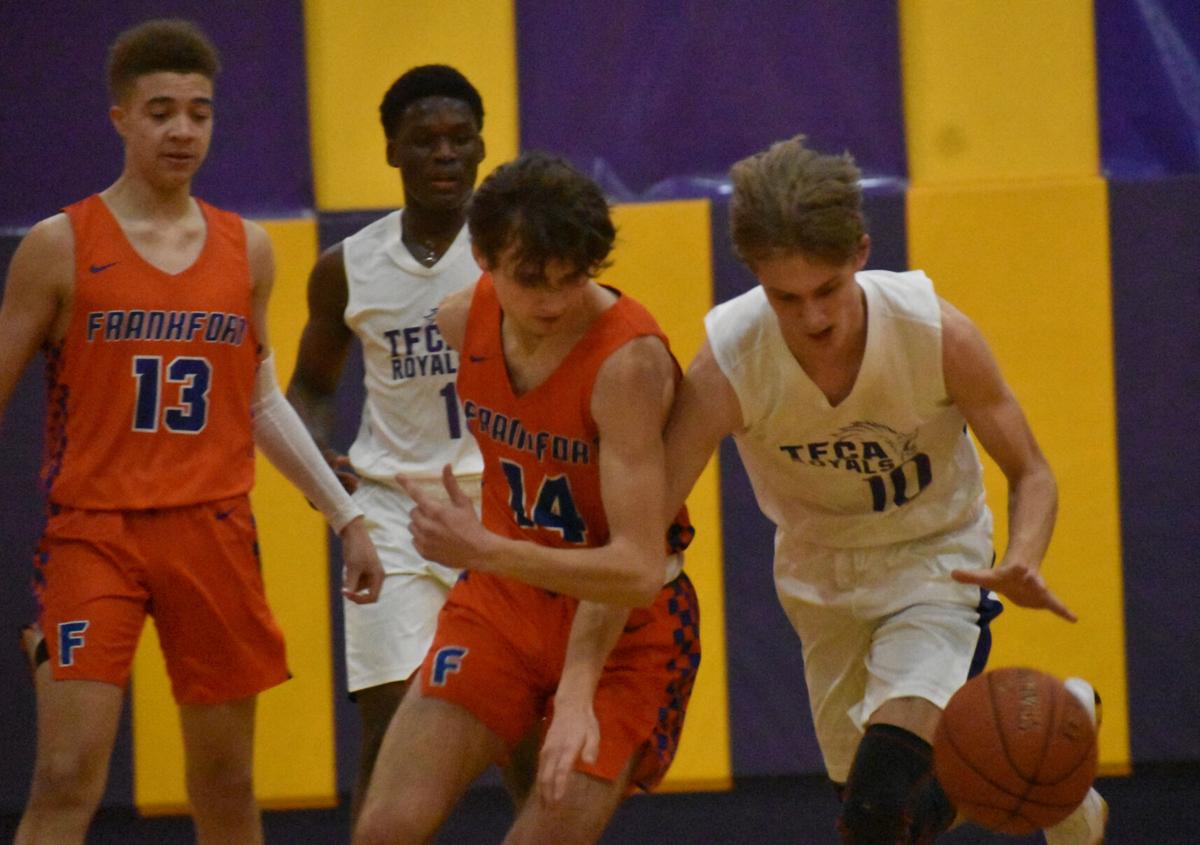 On Tuesday the Panthers bounced back with a 66-45 win over The Frankfort Christian Academy at TFCA.

The Panthers did their damage with the majority of their starters on the bench.

“We wanted to give our guys a rest,” FHS coach Chris O’Bryan said. “We have Franklin County coming up (Thursday). Jackson (Twombly) is banged up, and Nate (O’Bryan) has something with his ankle.”

Frankfort was ahead 9-5 after the first quarter, but TFCA led 19-16 with less than a minute left in the first half.

A 3-pointer by FHS’ Jackson Fisher with 39 seconds on the clock tied the game at 19-19 at halftime.

Blythe hit a 3-pointer to open the third quarter, and Hack had back-to-back 3s midway through the period, which ended with Frankfort leading 45-32.

“The guys really picked it up in the third quarter,” O’Bryan said. “Jordan and Caleb came in, and Charlie (Ellis) gave us a spark in the second quarter when we brought him in.

“Credit goes to Frankfort Christian,” he added. “They’ve gotten a lot better in the three years I’ve been here. This is the best team they’ve had since I’ve been here.”

“I was pleased with how we played,” Royals coach David Crutchfield said, “but we couldn’t hit any shots.”

TFCA (4-11) is a young team with seven sophomores, three freshmen and an eighth grader on its roster.

“We’ve improved,” Crutchfield said. “We had several players who were not fundamentally sound, so we’ve worked hard to develop their understanding of the game, and they’re getting better every day.”