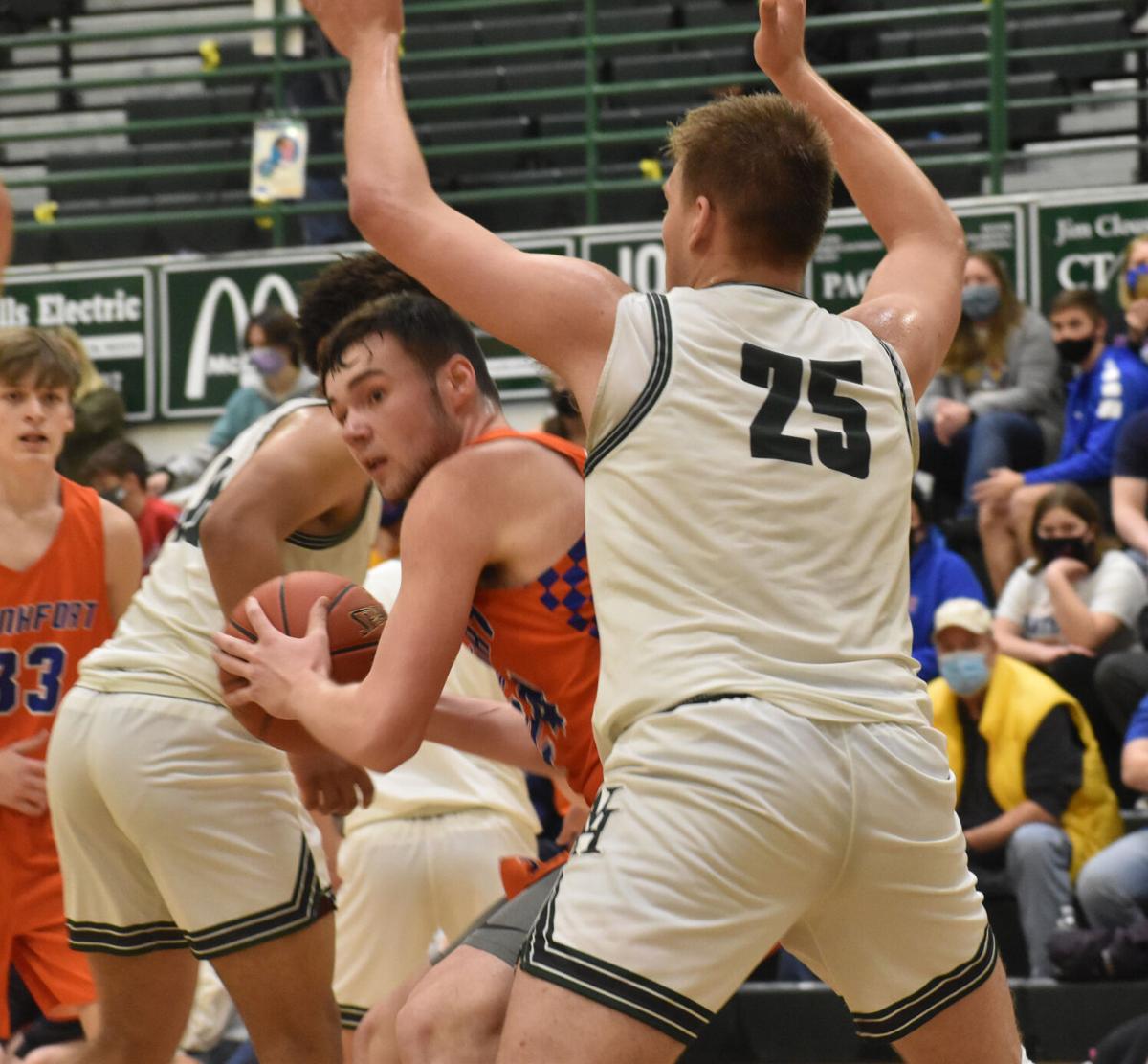 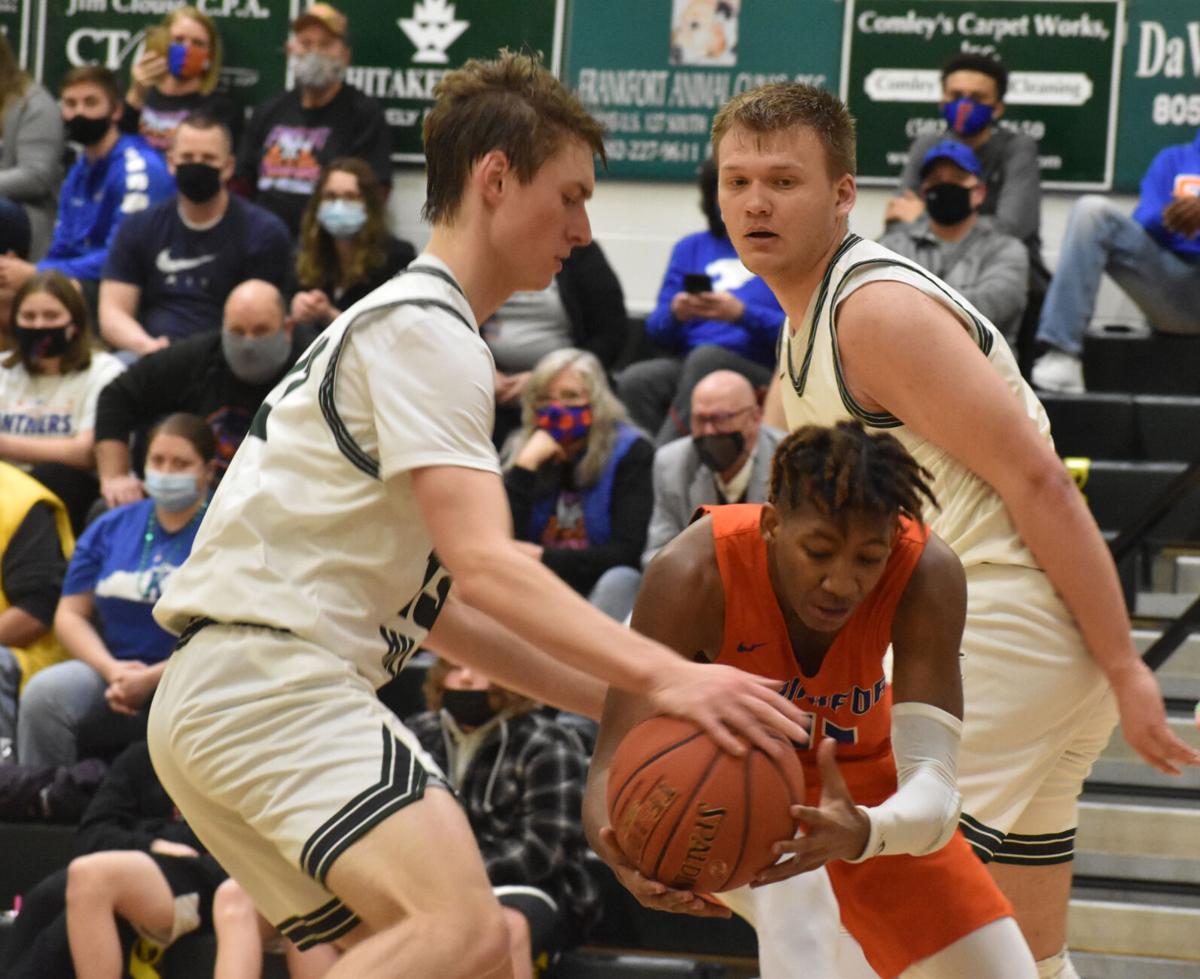 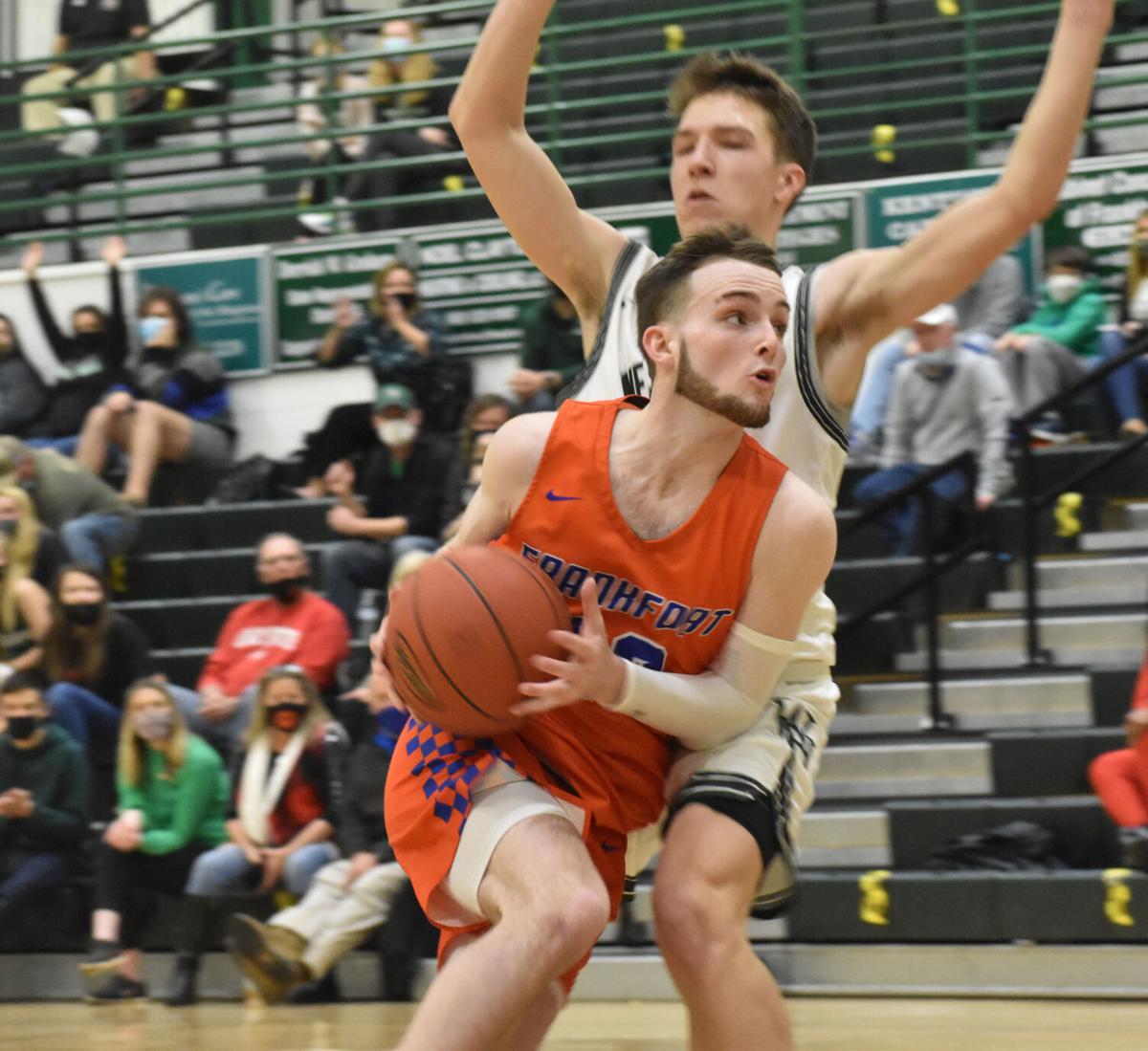 With 2:16 left in regulation and leading by six points, Western Hills’ boys basketball team had Frankfort on the ropes.

Then the Panthers escaped.

FHS won 60-58 in overtime when Jackson Twombly scored on a layup just before the buzzer in Wednesday’s 41st District tournament at WHHS.

FHS (16-6) will play Franklin County Friday for the district championship at 8:15 p.m.

“We had it,” WHHS coach Geoff Cody said. “We controlled the whole game. We were up late, and we panicked in that situation. I told them they didn’t have to do anything extra. We just didn’t execute.”

WHHS’ Zach Semones hit a 3-pointer 10 seconds later to tie the game and send it into overtime.

The two teams traded baskets in overtime, with layups by WHHS’ Walter Campbell and Twombly, leaving the game tied at 58-58.

Western Hills turned the ball over with 1:06 remaining, and Frankfort held the ball for the last shot.

“I knew I was going to make it,” Twombly said of his game-winning basket. “I had to.”

It was Western Hills that led most of the game. The Wolverines scored the game’s first six points and were ahead 11-7 at the end of the first quarter.

Frankfort tied the game at 19-19 late in the second quarter, which ended with WHHS leading 22-20.

“I thought we came out a little nervous,” FHS coach Chris O’Bryan said. “We weren’t quite ready mentally, and we were forcing things. I thought midway through the first quarter we started playing better.

“We talked about that in the first half our transition offense was working and our halfcourt offense wasn’t. In the fourth quarter we thought we weren’t being aggressive enough on defense and started pressing more.”

That helped the Panthers take the lead in the final minute of regulation.

“Semones hit a great shot to send the game to overtime,” O’Bryan said, “but our kids played with heart and energy, and I couldn’t be prouder.”

Twombly led all players with 34 points, and teammate Jordan Blythe was in double figures with 15.

WHHS had three players in double figures — Campbell with 21 points, Semones with 15 and Eric Gabbard with 14. Semones hit a 3-pointer at the buzzer ending the third quarter to give WHHS a 41-37 lead going into the final period.

“We didn’t miss a game this year because of a COVID case in our program,” Cody said. “I feel bad for the kids, not just because of tonight but for all they’ve been through.

“We played hard, and Zach hit that big 3-pointer to send us to overtime. All you can ask for is to have a chance, and we had a chance.”