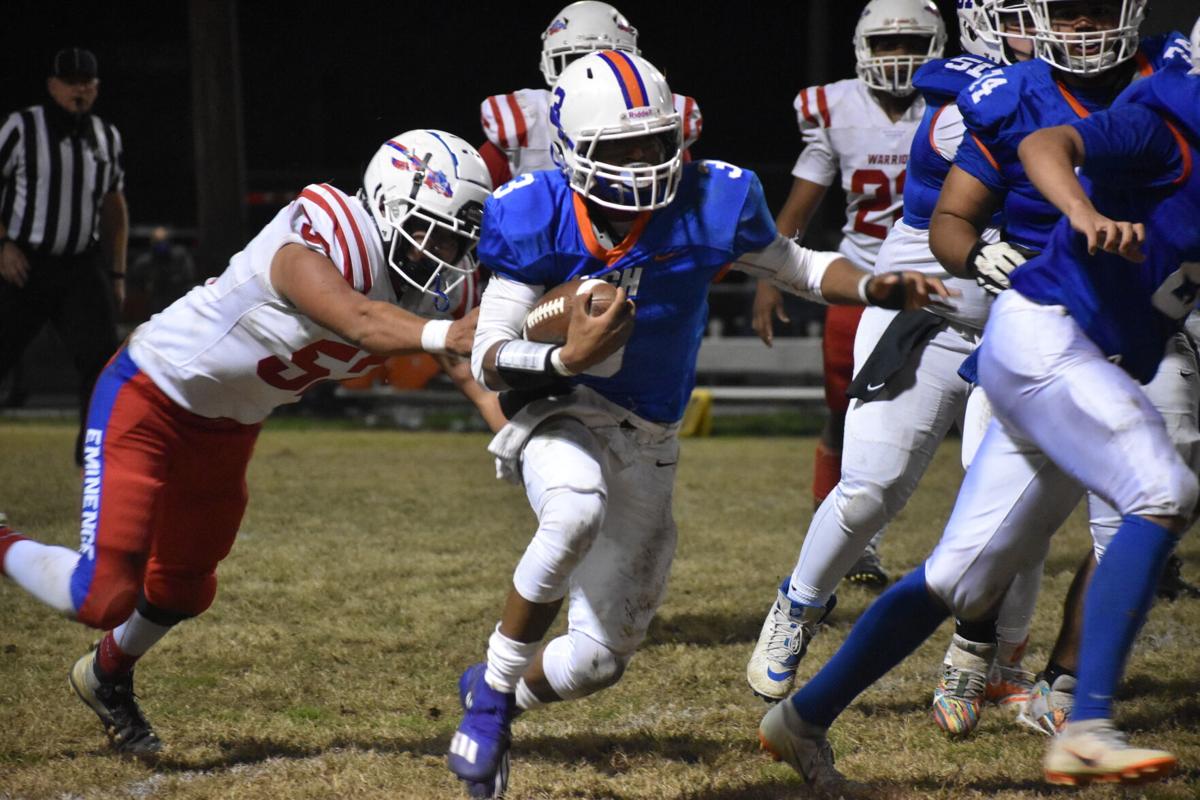 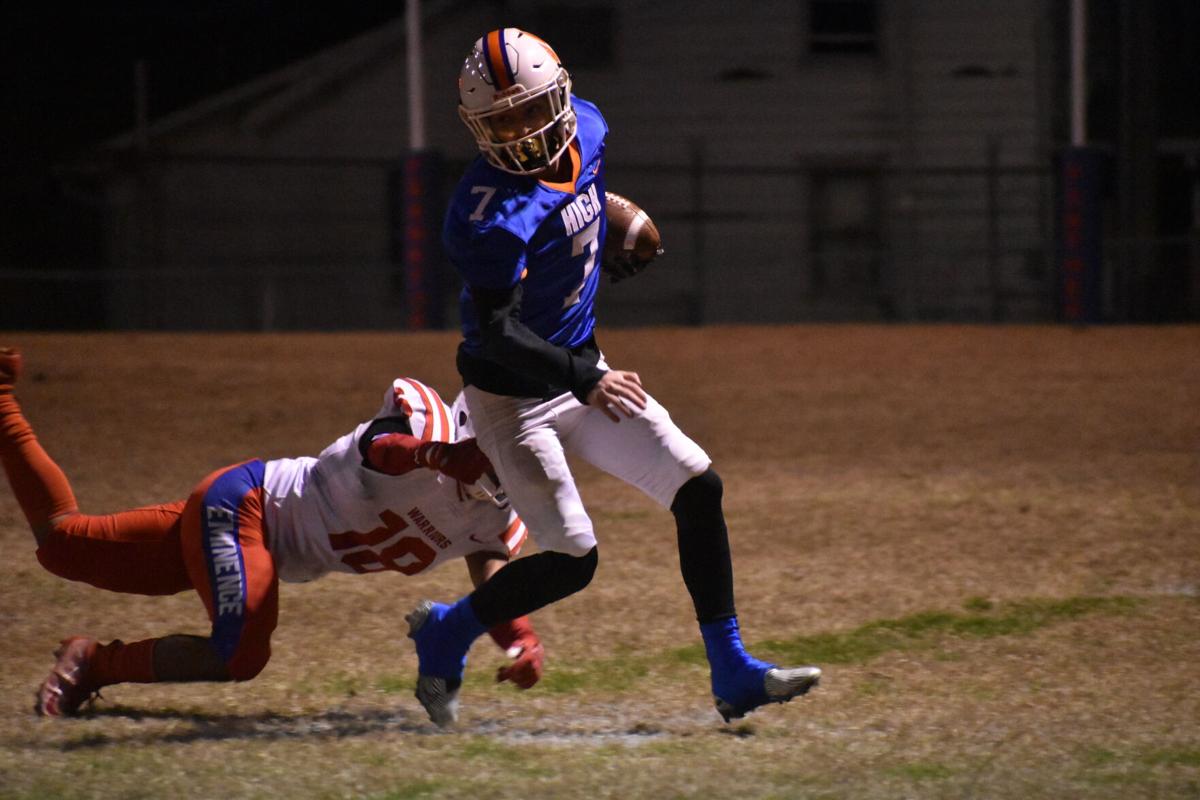 With 2:16 left in Friday’s game against Eminence, Frankfort’s football season appeared to be over.

With 44 seconds left, FHS was poised to extend its season.

But a failed two-point conversion attempt kept Eminence in the lead at 21-20, and the Warriors ran out the clock for the win at Sower Field.

The win puts Eminence (4-5) in the second round of the Class 1A playoffs. Frankfort ends its season at 2-5.

“I don’t know if it was as much what they did to beat us as it was us beating ourselves,” FHS coach Craig Foley said. “We were in position on every big play they had, and we just didn’t make the play.”

Down to their last possession, the Panthers scored on a fourth-down play when Sam Davis hit Larry Carter with a 47-yard touchdown pass to pull the Panthers within a point a 21-20 with 44 seconds remaining.

Frankfort went for two, but the run came up just short. FHS went with an onside kick, but the Warriors recovered and ran out the clock for the win.

“I’d go for two again, no hesitation,” Foley said. “We work on them every day. The play was there, but we have to finish it.”

The Warriors struck first Friday, leading 6-0 after the first quarter.

The Panthers rallied in the second, with a 10-yard touchdown pass from Davis to Elijah Walker, a 36-yard touchdown run by Azeno Williams and a conversion run by Williams to take a 14-6 lead at halftime.

Eminence scored less than a minute into the third quarter when, with Frankfort backed up near its own goal line, the Warriors’ Dawson Paulin deflected a pass and caught it in the end zone for a touchdown, cutting the Panthers’ lead to 14-12.

Eminence’s Adam Luchini kicked a 34-yard field goal with 3:49 remaining in the third.

That gave the Warriors the lead for good, but Frankfort made it interesting.

When the two teams met in the regular season at Eminence, Frankfort won 51-38.

“They didn’t do anything that surprised us,” Foley said about Friday’s game. “Their plan was to take the run away. I thought we did a decent job running the ball, but I thought we slid off some blocks in the second half.

“It was a lot of little things, but little things made a difference. We had opportunities, but we didn’t take advantage of them.”

“When we started (this season) I said I’d be glad if got two or three games in,” Foley said, referring to COVID-19. “I’m pleased with how things were handled from the top down and that we had an opportunity to play. I didn’t like taking last week off, but everyone had to do it.