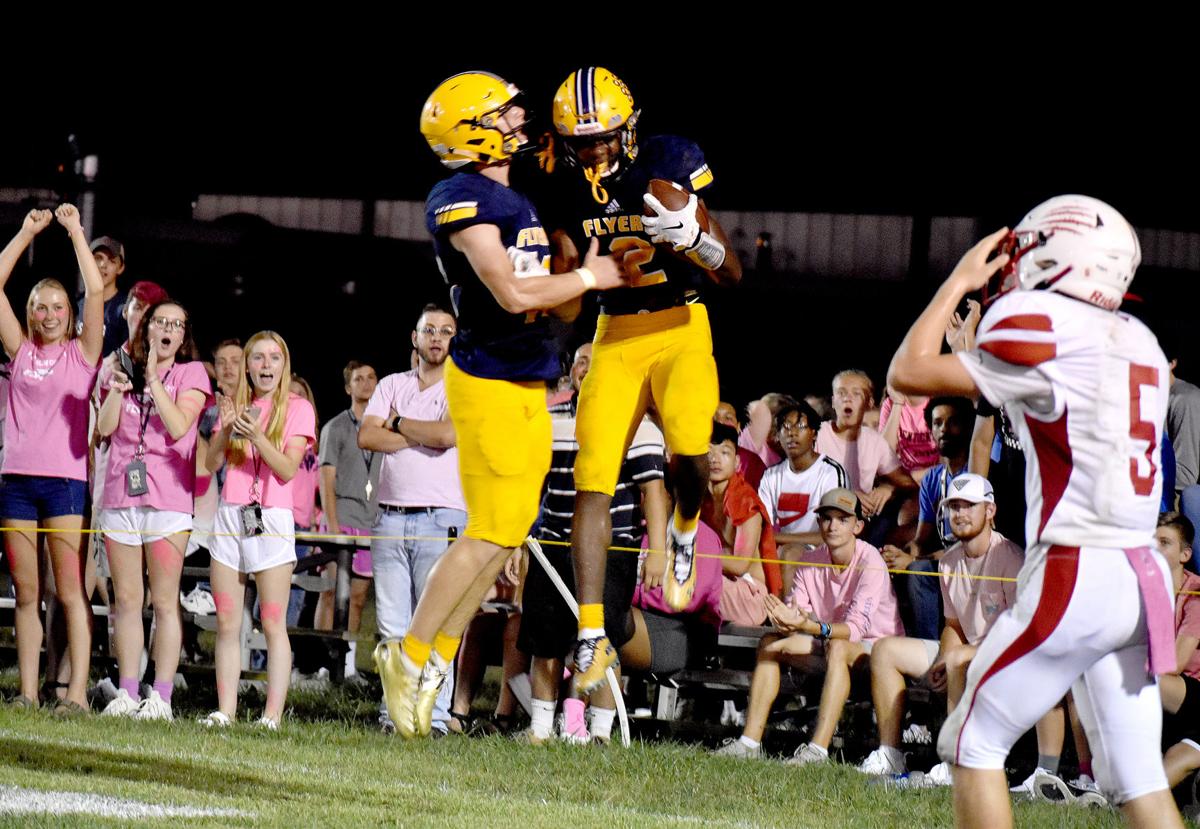 Franklin County’s Tariq Lester (18) cuts to the outside after catching a pass from Nick Broyles during Friday’s game at Benny Watkins Field. Anderson County’s Jacob Castle comes in on defense. (Linda Younkin) 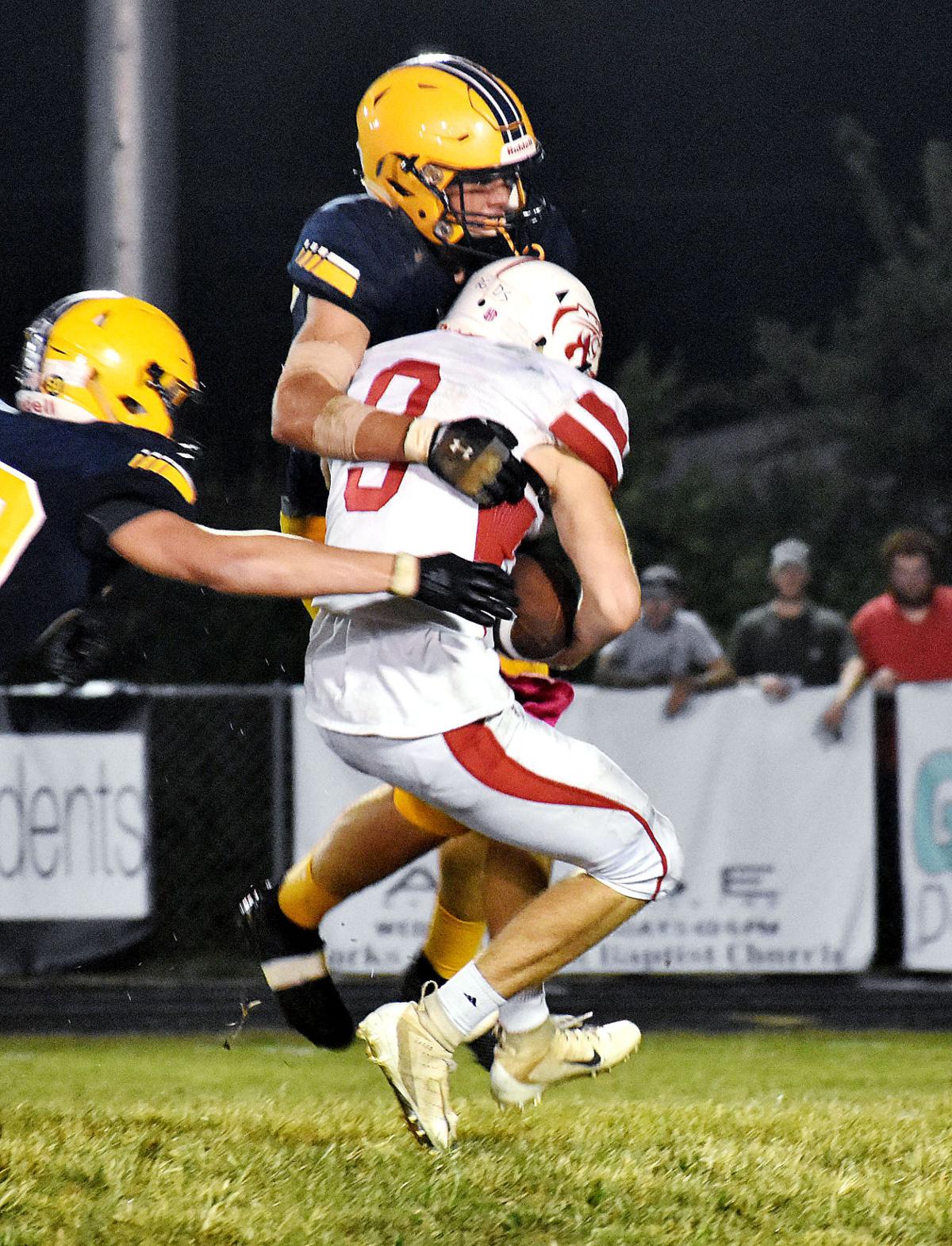 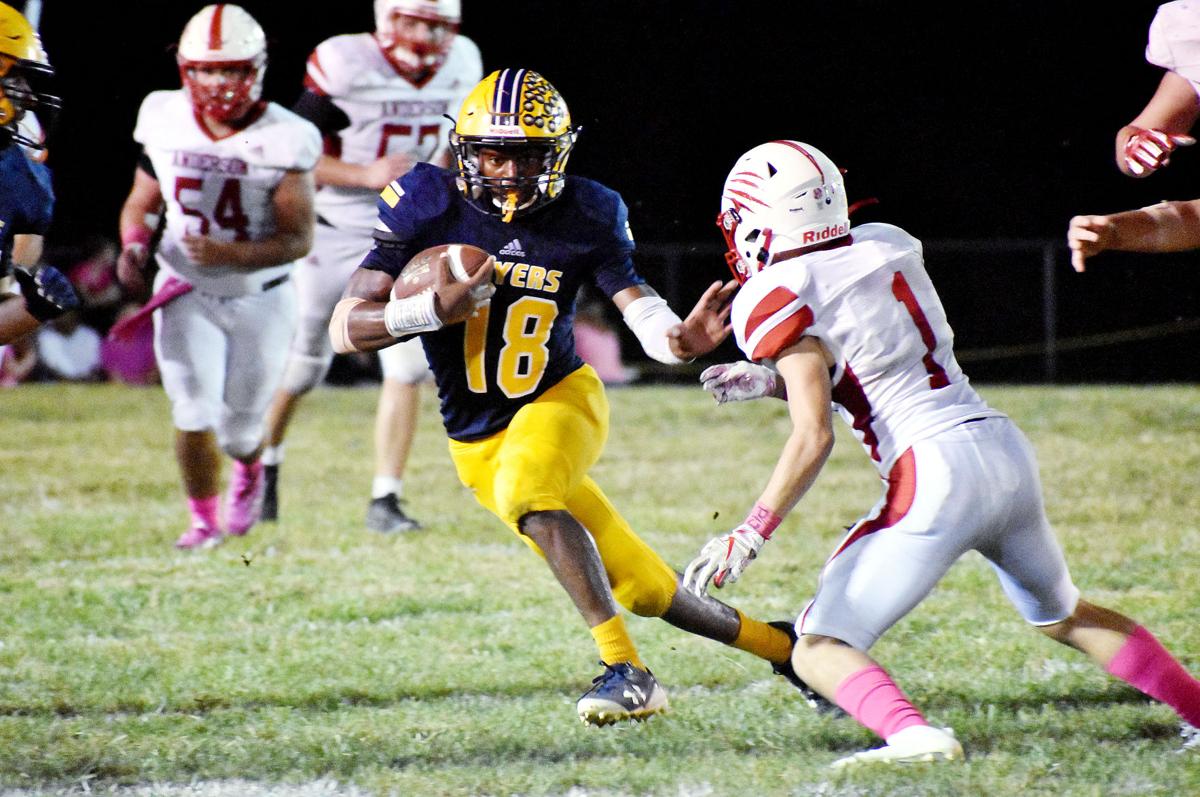 Franklin County’s Tariq Lester (18) cuts to the outside after catching a pass from Nick Broyles during Friday’s game at Benny Watkins Field. Anderson County’s Jacob Castle comes in on defense. (Linda Younkin)

The game wasn’t what Franklin County’s football team expected, but it was the outcome the Flyers wanted.

FCHS stayed unbeaten on the season with a 53-19 win over Anderson County Friday at Benny Watkins Field.

It’s the first time the Flyers have beaten Anderson since 2015, and it’s James’ first win over the Bearcats as FCHS’ head coach.

“This is one we wanted to get off our backs,” James said.

The Flyers did that in resounding fashion, scoring less than two minutes into the game and sending the contest to a running clock in the third quarter when they went ahead 53-13.

“I was expecting a closer game than it was,” FCHS quarterback Nick Broyles said.

The two teams are ranked in the state’s top 10 in Class 4A in the latest Associated Press poll.

“When we were warming up tonight it looked like when we played Knox Central and won big,” James said about the Flyers’ 42-20 win last year in the regular season.

“They were locked in and had completely bought into what we were trying to do.”

FCHS’ Zach Claudio scored on a pass from Broyles just over a minute into the game. The Bearcats (2-2) tied the game midway through the first quarter on a 1-yard touchdown run by quarterback Jagger Gillis, but FCHS responded with two touchdowns to lead 19-6 at the end of the period.

Broyles hit Fred Farrier with a 31-yard touchdown pass and ran the ball in from 5 yards out for another score.

A 28-yard field goal by Aiden Lewis gave FCHS a 22-6 lead with 8:42 left in the second quarter, but Anderson came right back with Zach Labhart returning the ensuing kickoff 74 yards for a touchdown.

That made the score 22-13, but it was all Franklin County after that.

“Everybody had a good week of practice,” Broyles said, “and tonight we played pretty good and came out with a win.”

FCHS added a 27-yard field goal by Lewis and two touchdowns in the second quarter. Tariq Lester had an 11-yard touchdown run, and Broyles hit Farrier with a 13-yard scoring strike on the last play of the first half, giving the Flyers a 39-13 lead.

In the third quarter, FCHS scored its last two touchdowns, on a 29-yard pass from Broyles to Farrier and a 37-yard run by Lester.

“We know we have potential to be good, but we’re still so young,” James said. “Sometimes it baffles me. Claudio scores early, and he’s a sophomore. Phillip Peiffer has been huge on defense, and he’s a junior who hasn’t played before.”

Anderson closed out the scoring on a 1-yard run by Gillis.

Now 4-0, the Flyers go on the road next week, playing at Woodford County Friday in their last game before district competition starts.

“I’ve told people I want to be peaking when we get to district play,” said James, whose team opens district play at Shelby County on Sept. 27.

“This gives us a lot of confidence,” Broyles said, “but we have to keep our heads on straight and keep working for our goals.”