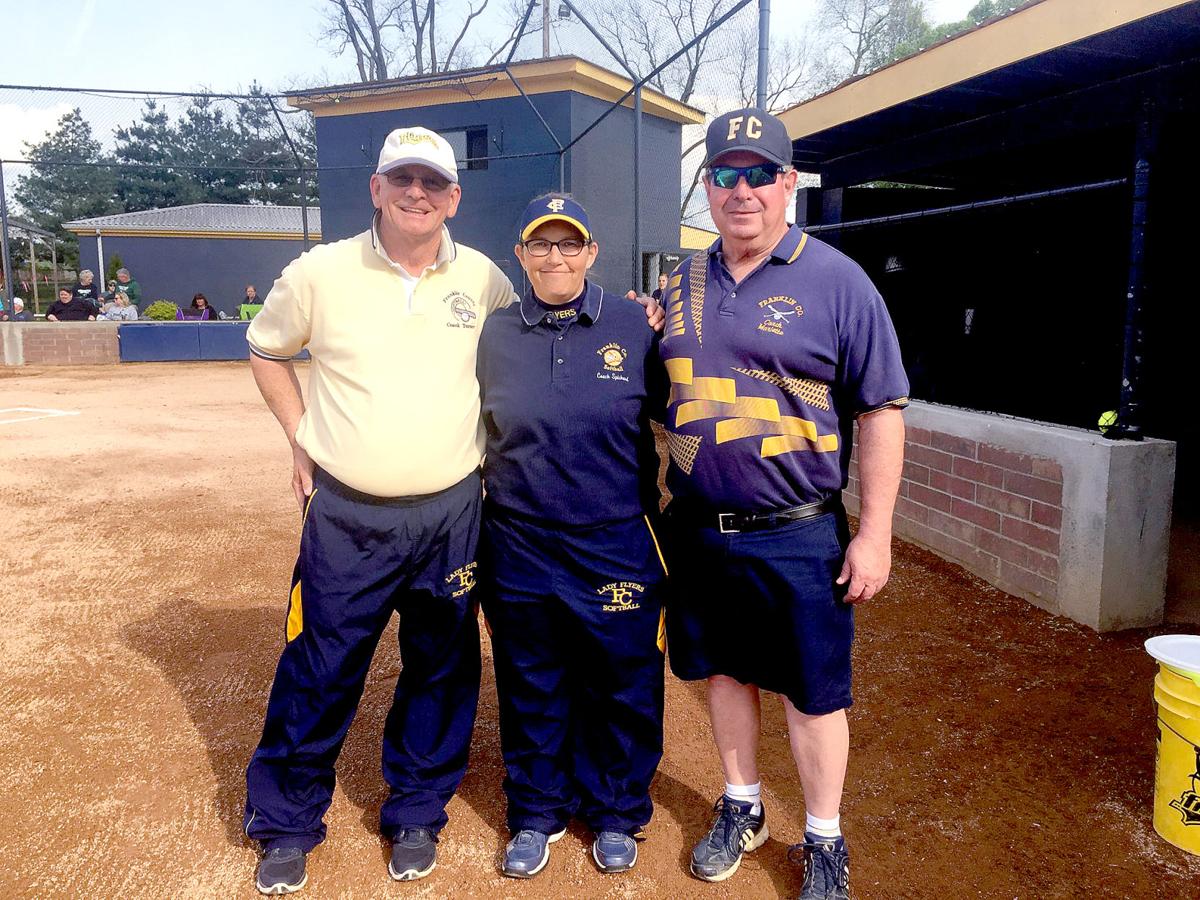 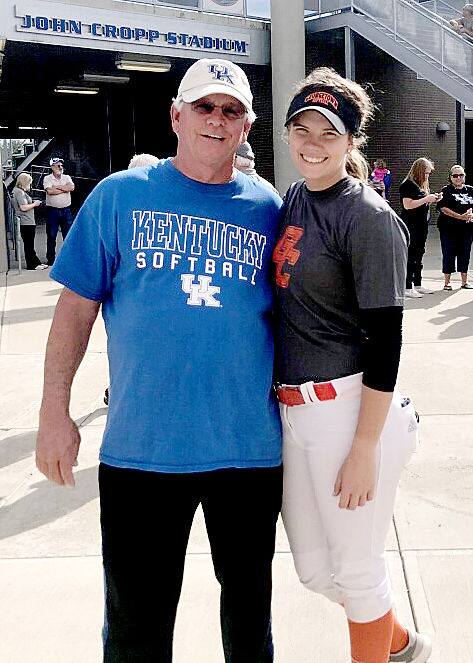 If there was a softball team that needed a coach, Butch Turner was there — a men’s team at GE when he employed there, women’s slow-pitch league, youth leagues, travel teams.

But for nearly the last quarter-century, Turner has been in the dugout as an assistant coach with Franklin County’s softball team.

That changes this spring.

Turner recently announced his retirement so he can spend more time with his grandchildren, Landon and Sawyer Pritchett, and attend their sporting events.

“Sawyer is a cheerleader, and she’s a pretty good soccer player, too.”

Turner and his wife, Judi, have moved to Lawrenceburg to be closer to their daughter, Lindsay, their son-in-law, Jeff, and their grandchildren.

Turner is comfortable with his decision, but that doesn’t mean it will be easy to walk away.

“I barely got the words out of my mouth,” he said about telling the team. “Tracy (Spickard) looked at the girls, and she kind of took over. She told them I’m retiring, and she told the girls the reason why.”

Spickard is starting her 23rd season as head softball coach at FCHS, and Turner and Ted Marlette were on the staff of Joe Karsner, Spickard’s predecessor.

“That has meant the world to have both Ted and Butch along for the journey,” Spickard said. “Nicole (McCoy), a ’96 softball alum, came on board after she graduated from college in 2001.

“To have that longevity with your assistant coaches is almost unheard of today, and I firmly believe it has made an impact with us maintaining the rich tradition of Lady Flyer softball established by Sally Gaines and Joe Karsner.”

Softball has always been Turner’s sport.

“I was never any good at baseball,” he said, “but I played softball. I played in a church league. I played for Bethel Church. That’s where I got started, and it went from there.”

He coached a team in a women’s slow-pitch league at Juniper Hill, and some of the players on that team are the mothers of players he coached at Franklin County.

“I just love it,” Turner said of coaching. “It seemed like I got along with everybody.”

Turner has done all of his coaching with his wife’s support and blessing, but she had one rule about softball when Jeff Pritchett spent 10 years coaching at Western Hills, nine years as the head softball coach.

“We weren’t allowed to talk about softball at Sunday dinner,” Turner said.

Not that it would have been a problem.

“We called each other and wished each other good luck,” Turner said. “We were competitive on the field until the last pitch, the last out was called, but we always got along.”

“The funny thing was everyone else made a big deal out of it,” Pritchett said. “It wasn’t really for us. We were competitive until the game was over.”

One of Turner’s favorite softball memories is when he coached a travel team that was playing in a tournament in Knoxville, Tennessee.

“I’ll never forget, the whole Tennessee coaching staff standing at the fence over on our side, and we beat every Tennessee team we played. We won it all.”

As for his favorite memories with the FCHS program, he has two — when the Lady Flyers made it to the softball fast-pitch state tournament in 2003 and 2009.

But what has meant the most are the players he’s coached and the friendships he’s made.

“They call me,” Turner said of his players. “It’s unbelievable. They’ll ask how I’m doing, or they’ll ask ‘Can you hit me some ground balls?’ or ‘What’s wrong with my swing?’

That is what Spickard sees as Turner’s greatest attribute.

“Butch’s biggest strengths are his passion for the game and rapport with the players,” she said. “He establishes a connection with the players that lasts well beyond their playing days at FCHS.”

Marlette has witnessed that rapport.

“It’s been great coaching with Butch through these last 24 years,” he said. “He has such a wonderful relationship with all the girls on our team.

“From their being in middle school, through high school and beyond, he has loved our softball girls and been loved and respected by all of them.”

Coaching at Franklin County has been special to Turner, who is a 1970 graduate of FCHS.

“Softball and Franklin County mean the world to him,” Pritchett said.

One tradition in the FCHS softball program is the senior class running with Turner from the flagpole in centerfield back to the infield. This year’s senior and junior classes have already asked if he’ll come back to keep the tradition going for a couple more years.

Don’t be surprised if that happens.

But he’s ready for the next chapter.

“Now I am going to enjoy watching my two grandchildren play the sports they love,” Turner wrote in a text message. “My granddaughter said it best after we finished reading a few scriptures in her brand new Bible.

“'Pop, don’t worry about the Flyers,’” she said. “'I’m a Flyer now. The cheerleaders throw me up in the air, and I just hope someone is there to catch me.’”