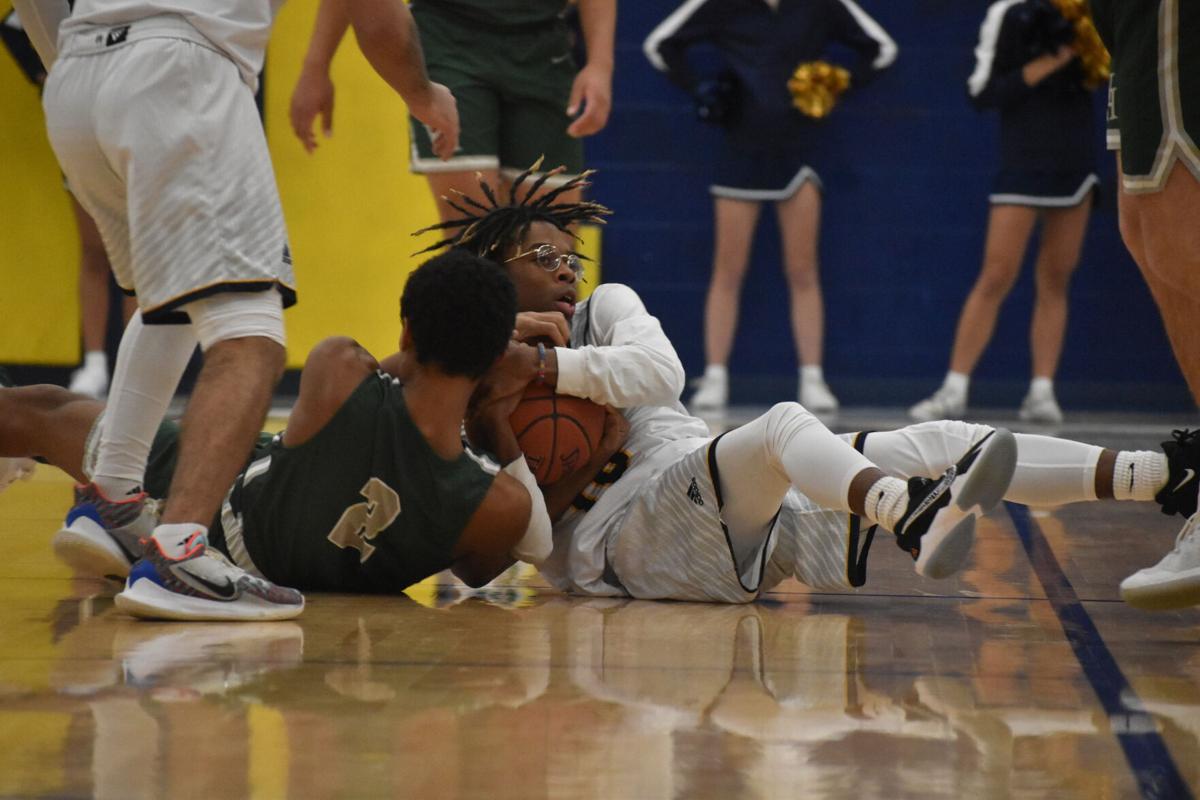 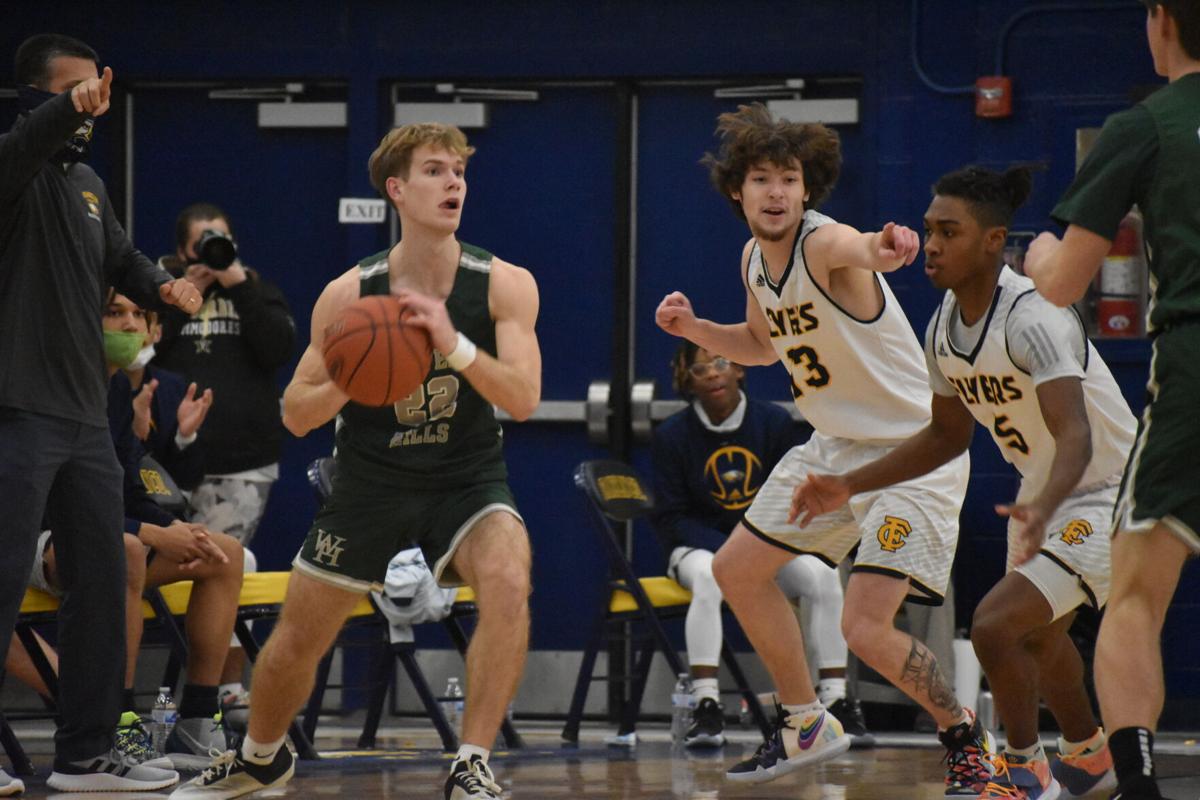 FCHS and WHHS are both now 1-1 in the district with Great Crossing sitting at 1-0 and Frankfort at 0-1.

“It’s like the last four years,” WHHS coach Geoff Cody said about the district race. “It’s going to be a battle to the end, whenever that is. We just have to learn from this and grow and go on.”

With schedule changes caused by COVID, district teams will meet just once during the regular season to determine district tournament seeding instead of twice as in past years.

On Friday the two teams played close early, but the Flyers scored the last six points of the first quarter to lead 14-8 when it ended and the first three points of the second period.

They extended their lead to nine with about 3½ minutes left before halftime. Two layups by WHHS’ Walter Campbell pulled the Wolverines with five points, but two free throws from Phillip Peiffer and a putback at the buzzer by Max Mulder gave the Flyers a 29-20 lead at halftime.

“Franklin County came out and flat out took it to us, and some of our guys were shell shocked at the beginning,” Cody said.

Western Hills never got closer than seven points in the second half.

“We’re like everybody else,” FCHS coach Tony Wise said. “We’re obviously behind. We’ve been emphasizing running our new offense and guarding guys in the halfcourt.

“With our length and quickness, that’s going to be our bread and butter, guarding people in the halfcourt.”

The Flyers’ largest lead in the second half was 15 points.

“I thought we had a chance to put them away,” Wise said. “I thought our depth was starting to wear them down, but we kept fouling them and putting them at the free throw line where they could catch their breath.

“You know they were going to play hard. This is a big district game, a big rivalry.”

The free throw line wasn’t kind to the Wolverines, who went 12 for 26 from the charity stripe for 46%.

Campbell led all players with 22 points, and teammate Eric Gabbard was in double figures with 10 points.

FCHS had balanced scoring with three players in double figures — Fred Farrier II with 13 points and Zac Cox and Mulder with 12 points each — and Phillip Peiffer was one point shy with nine points.

This is the first year Farrier and Broyles, both seniors, have played for the Flyer basketball team.

“Nick and Fred haven’t played organized basketball for four or five years,” Wise said. “They’re all learning to play together. I know this team is going to play hard and put the work in, and they’re only going to get better.”