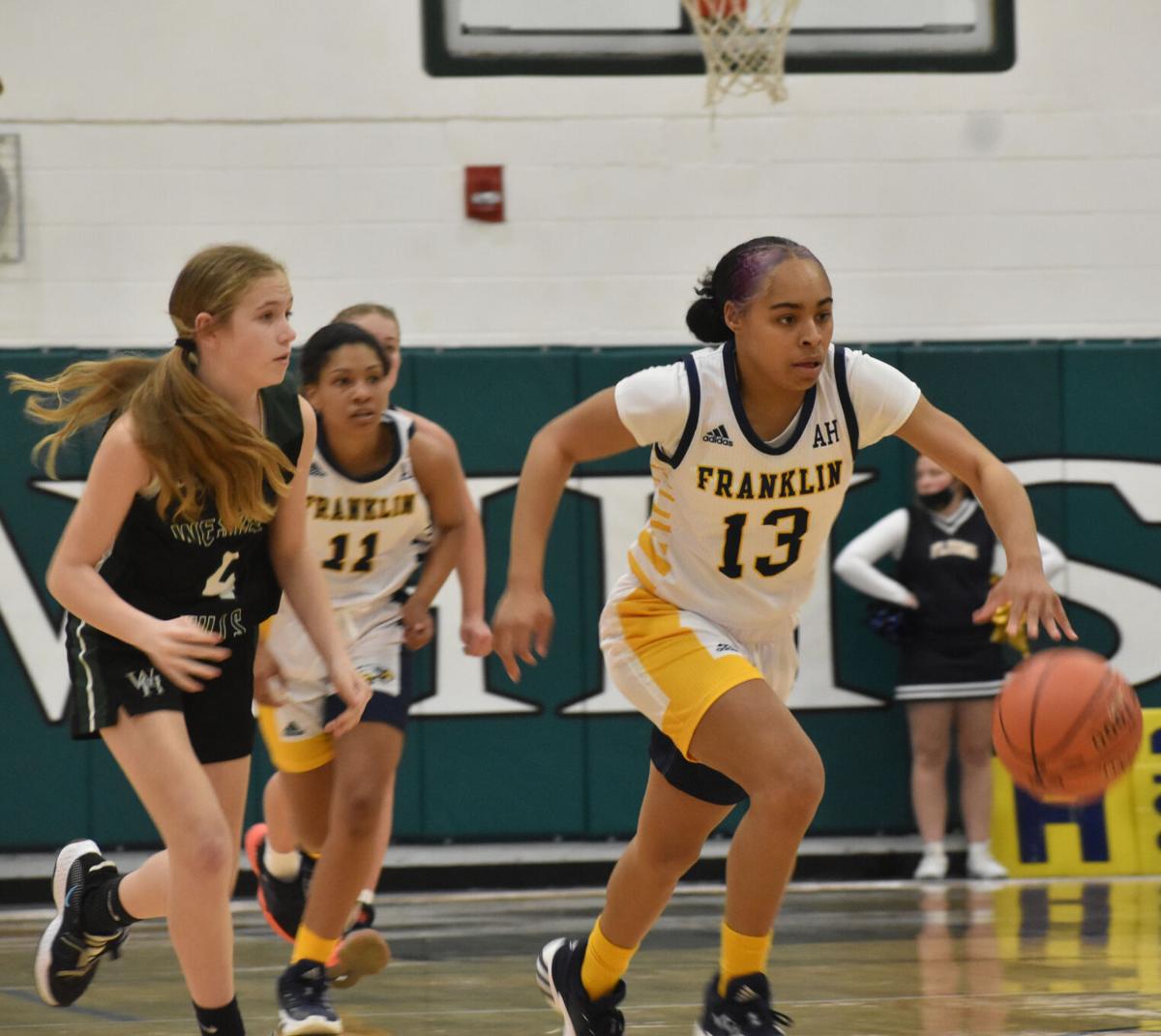 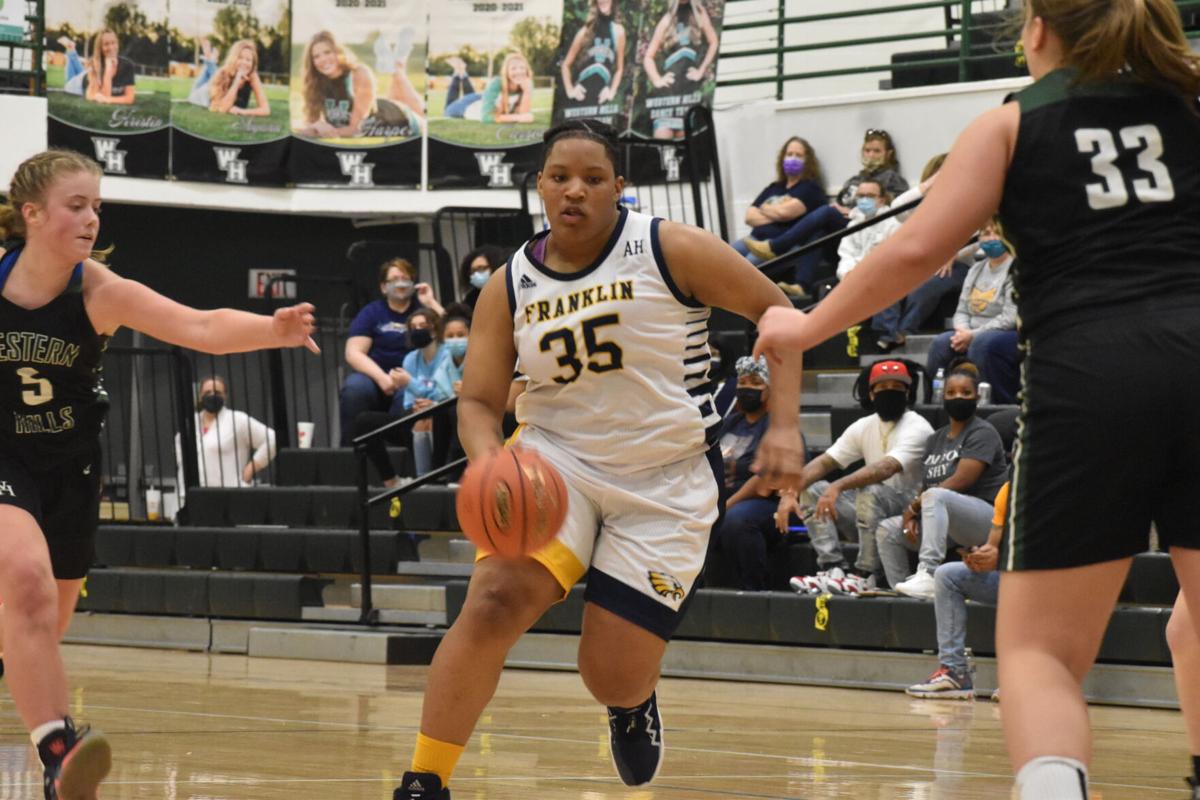 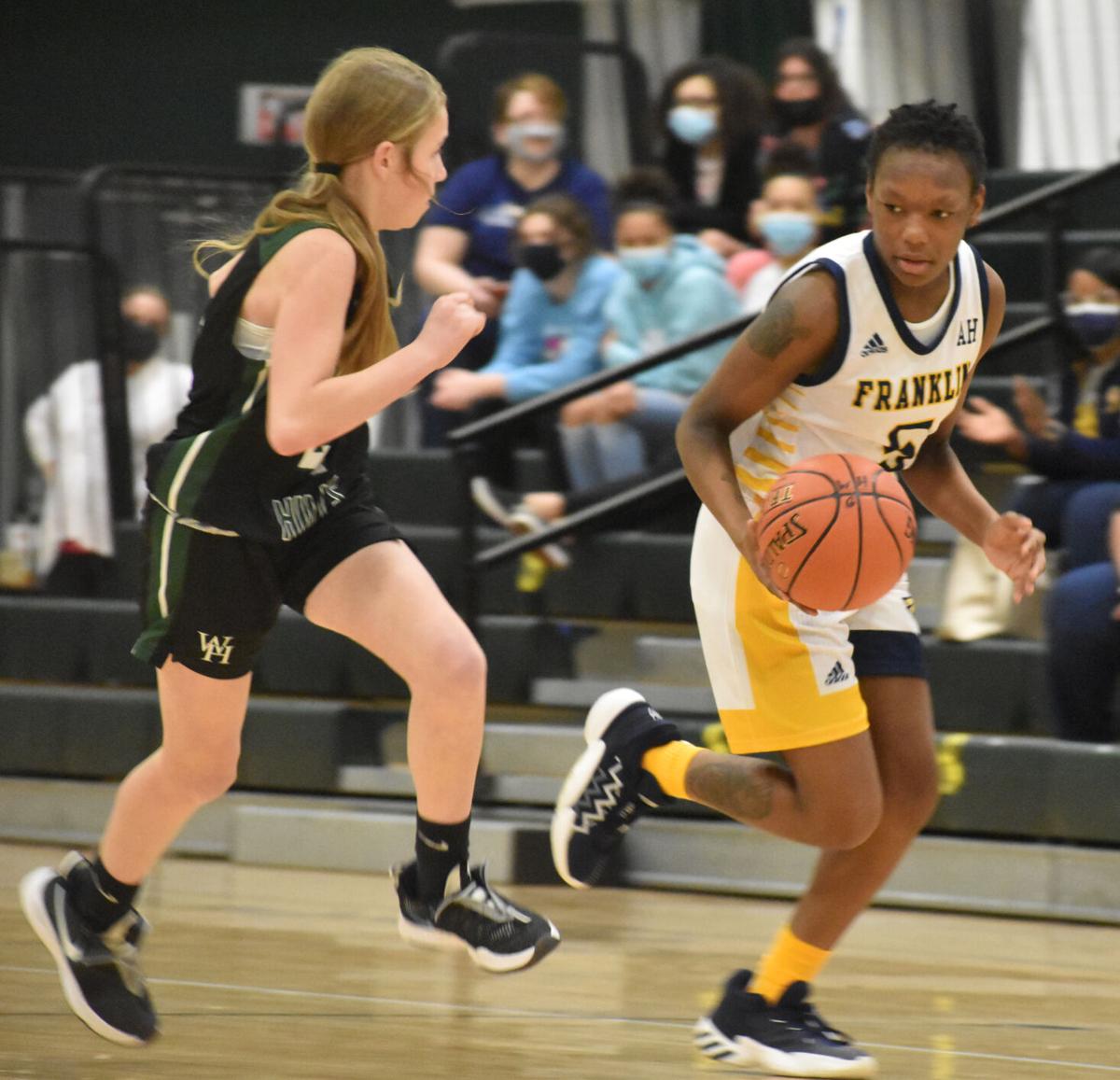 Franklin County’s girls basketball team went nearly a month without a game because of a COVID pause, and when the Lady Flyers returned to play they lost two of their first three games.

But FCHS is now on a four-game winning streak, the latest a 92-16 victory over Western Hills Tuesday in the 41st District tournament semifinals Tuesday at WHHS.

Franklin County will play for the district championship Friday at 6 p.m. against the winner of Wednesday’s Frankfort-Great Crossing game.

“This is the first time since March 1 we’ve been able to set our own schedule,” FCHS coach Joey Thacker said. “Kids have to have a routine. Our kids have a routine; we prepare for an opponent and play the opponent.”

“They shared the ball and looked for each other,” Thacker said of his team, “and they made sure to turn our defense into offense.”

Brooklynn Miles led FCHS with 18 points, followed by Cameryn Ridderikhoff with 13, Patience Laster with 11 and Shauvi Kennedy with 10.

Lauren Meadows, who finished with nine points, went 3-for-4 on 3-pointers, and Miles, Ridderikhoff and Alijah Starks each hit two 3-pointers.

Miles had seven assists, Nevaeh Carter had five, and Kennedy and Alex Newton each had four assists.

“These kids have had a lot of adversity,” WHHS coach Brandon Muravchick said. “We’ve had three (COVID) quarantines, so we didn’t have a lot of practice and they had to learn on the fly.

“We don’t like how this ended, but they’re all excited about next season, getting back in the gym. They left everything they had on the floor, and that’s all I can ask.”