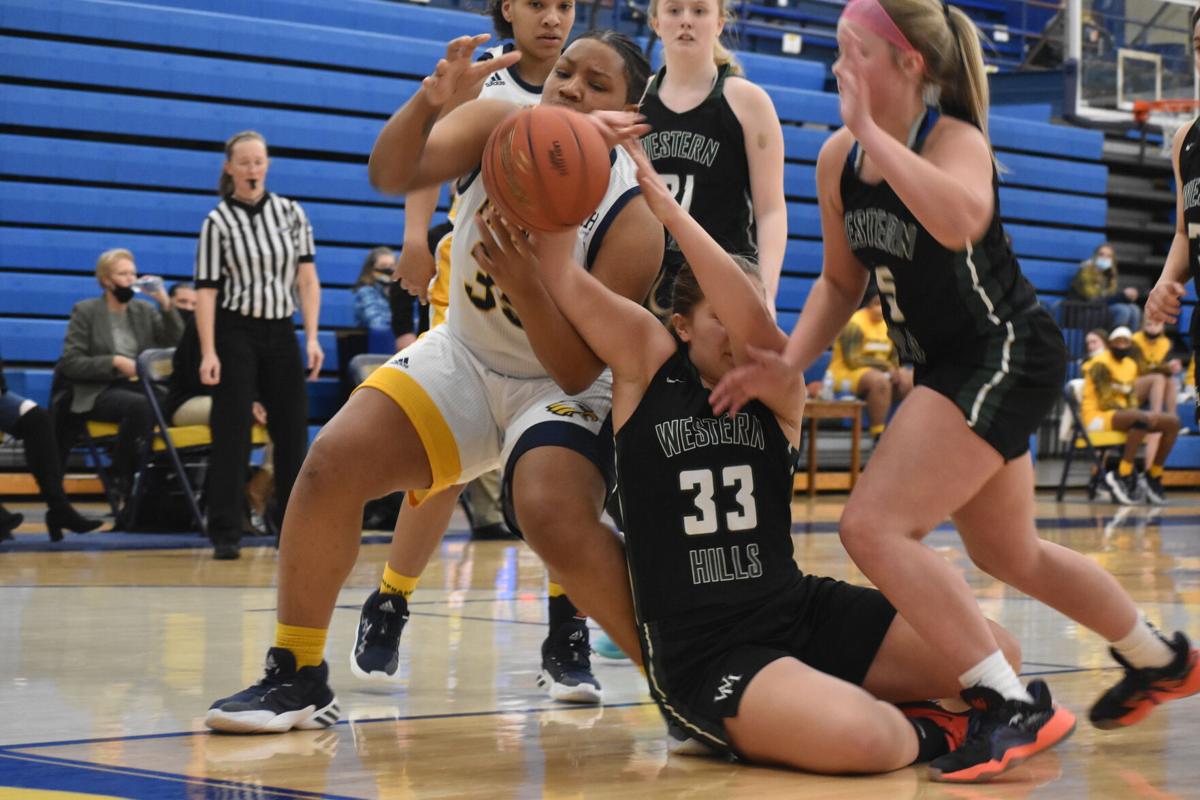 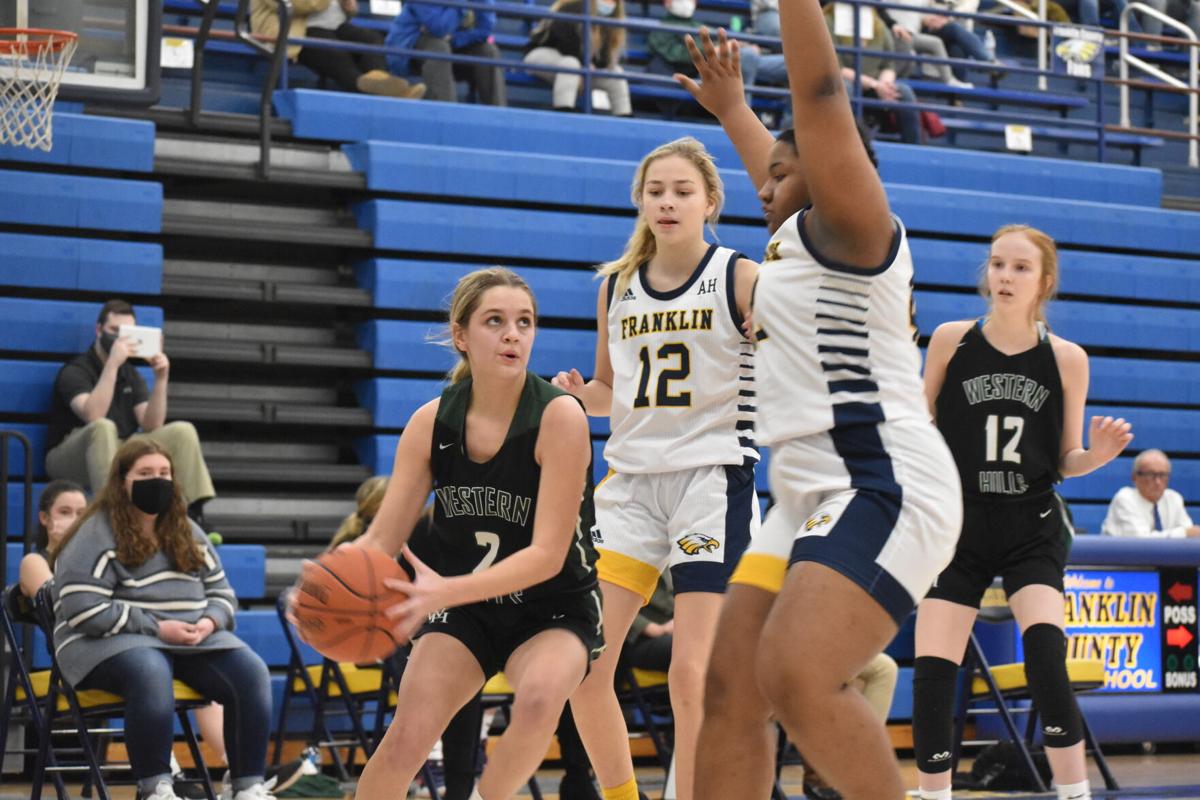 Taking advantage of its size, Franklin County’s girls basketball team took the ball inside and came away with a 78-17 win over Western Hills Friday at FCHS.

“We did that well our last couple of games early,” FCHS coach Joey Thacker said, “and then we forgot to stick with it.

“It’s hard for us from a schematic standpoint because we’re playing a bigger lineup than we’ve ever played, and we have kids getting used to playing new positions. I thought Patience (Laster) tonight did a fantastic job at both ends of the floor.”

Laster, a junior, is 5-10, and Jhaven Meade, a sophomore transfer from Bourbon County, is 6-4.

Both players start, and the Lady Flyers used that height advantage to help them build a 26-7 lead at the end of the first quarter.

Franklin County led 46-9 at halftime and 65-11 going into the fourth quarter.

“Especially against a zone, they’re able to see over the defenders and find our shooters,” Thacker said. “Some may argue we’re not as good a shooting team as we’ve been and statistics may prove them right, but against the zone we have been because we’re a better interior passing team.”

Despite the loss, Western Hills coach Brandon Muravchick was pleased with his team’s play.

“I am super ecstatic,” he said. “This is such a young group. We played that first game, and they had first-game jitters, and then we had a 10-day (COVID) quarantine where we couldn’t do anything.

“They could work out at home and we had Zoom workouts, and when they came back they had Great Crossing and Franklin County in the same week. We couldn’t do anything against the press of Great Crossing, and we talked about the press we’d see tonight. Coach Thacker does a great job, and they‘re a great defensive team.

“I’m excited when we were able to break the press. I told them they’ve been going 150 miles an hour, and tonight it was 130. When they get down to 100 miles an hour, they’re going to be OK.”

WHHS lost to Great Crossing 78-21 Tuesday in Georgetown and is now 0-2 in the district.

Laster scored 21 points to lead all players, and teammate Brooklynn Miles was close behind with 20 points. Miles moved past Princess Stewart into second place on the all-time scoring list for the FCHS girls program with her last basket of the game, a 3-pointer that gave her 2,058 career points.

Allison Story is the all-time leading scorer in program history.