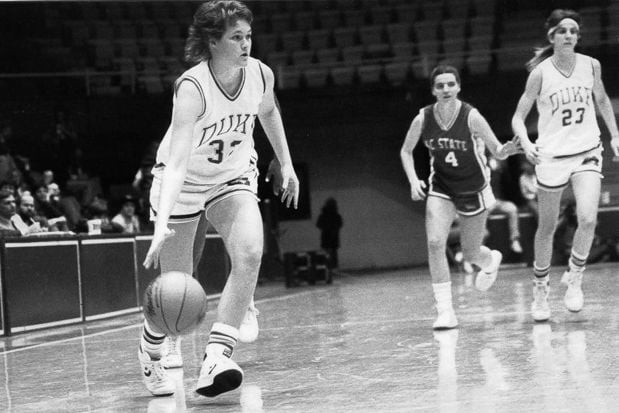 Photo submitted Connie Goins dribbles down the court when she played for Duke University. 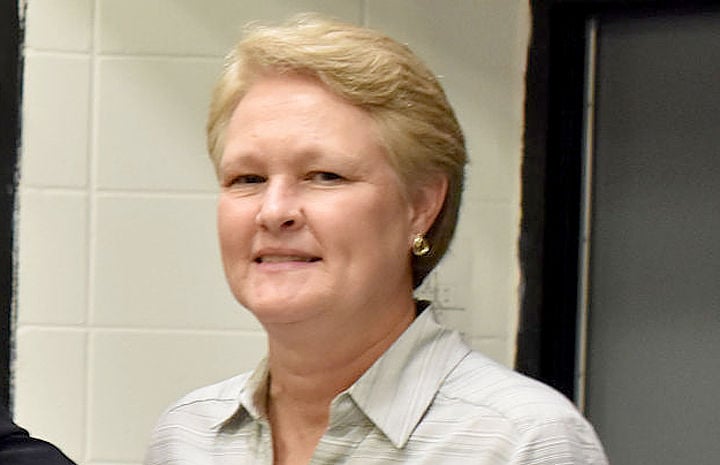 Goins, who finished her high school career with 2,928 points, was selected to the hall of fame in 2020, but due to the coronavirus pandemic the induction ceremony was moved to 7 p.m. May 15 at the State Theatre in Elizabethtown. The 2021 class will be inducted on July 24.

Goins started her high school career at Franklin County, where as a sophomore she helped lead the Lady Flyers to their first 11th Region title.

The following year the county was split into two attendance zones and she spent her final two years of high school at Western Hills. Goins led the Lady Wolverines to the state tournament as junior and the team reached the regional final her senior year.

“I had great coaches, great teammates and other players’ parents who became like family,” she told The State Journal last year after the hall of fame inductees were announced. “We made memories I’ll cherish forever.”

Following high school, Goins played basketball at Duke. She is retired from state government and for the past decade has worked part time in the Kentucky Teachers Retirement System. She is also an assistant coach for the WHHS girls basketball team.

Mother speaks out about importance of organ, tissue donation

Downtown Subway to close down by end of June, property owner says

Graham to be guest speaker at Rotary Club meeting