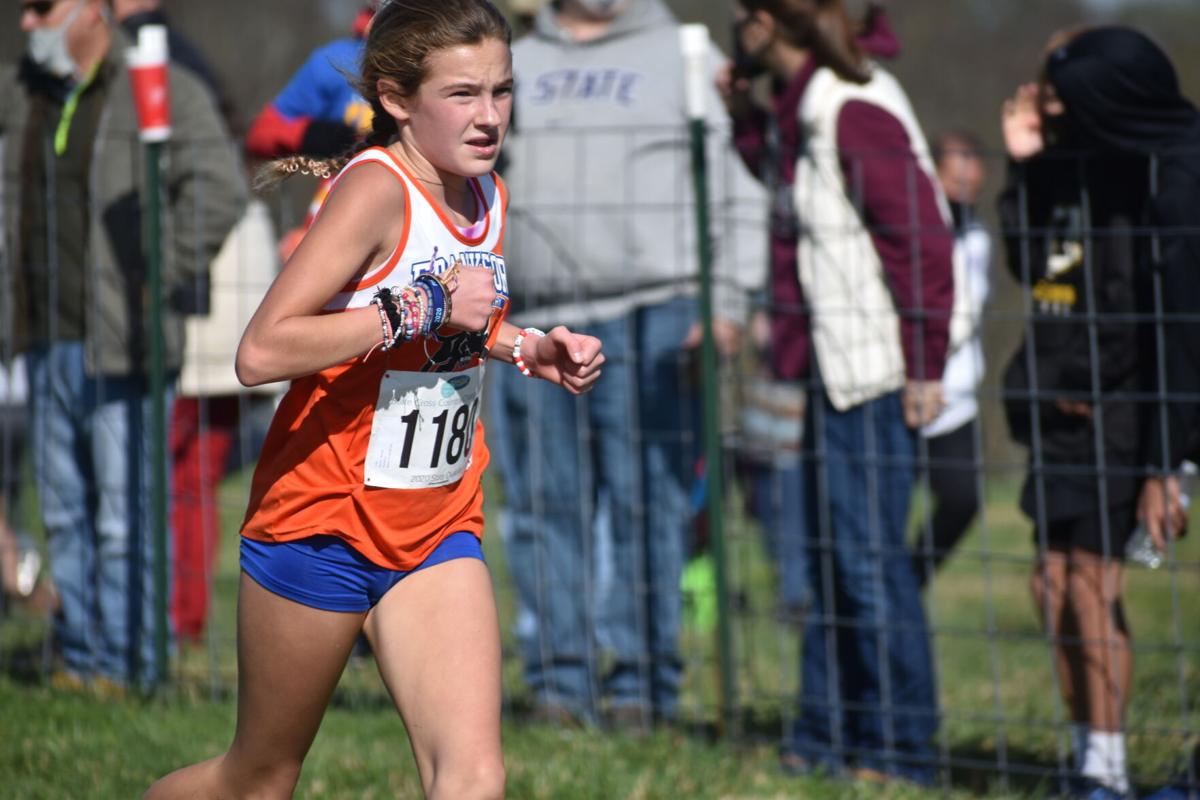 Frankfort's Kenzie Barber closes in on the finish line in the girls Class 1A race at the state cross country championships Saturday in Paris. Barber, a seventh-grader, finished 10th in the race. (Linda Younkin/State Journal) 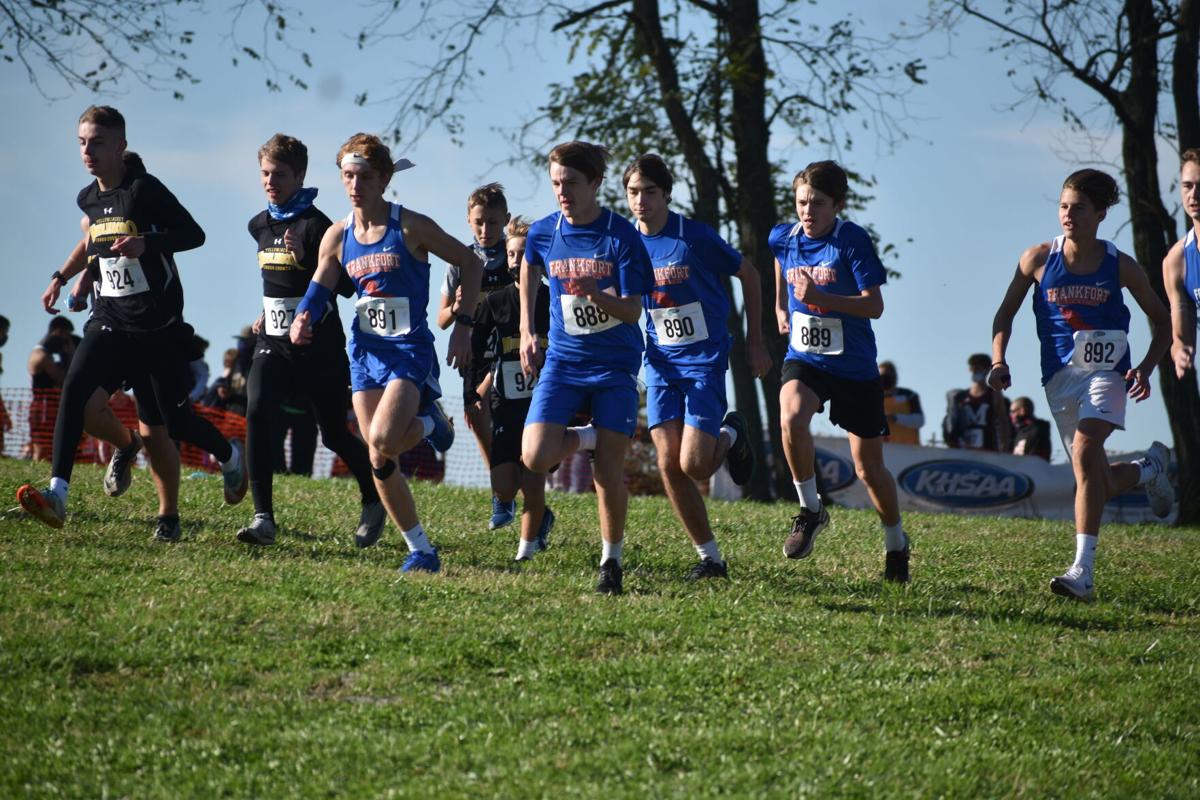 Frankfort's Kenzie Barber closes in on the finish line in the girls Class 1A race at the state cross country championships Saturday in Paris. Barber, a seventh-grader, finished 10th in the race. (Linda Younkin/State Journal)

PARIS — Frankfort’s young girls cross country team made some noise last week, finishing fourth in its regional meet and qualifying for the Class 1A state championships.

It’s the best finish at state by an FHS team since the Lady Panthers were fourth in 2002, the last time Frankfort qualified a girls team for state.

“I didn’t have any expectations coming in,” FHS co-coach Zach Moore said about the FHS girls team. “They’re so young. Today we ran five seventh-graders, an eighth-grader and a junior.

“Everybody is back next year. I’ll start worrying about how they place, maybe next year.”

Her top-10 finish is the best for an FHS runner at state since Ryan Quire placed eighth in the girls race in 2003.

“I was so nervous,” Barber said. “My tummy was going everywhere before the race.”

That settled down a bit once the race started.

“I got out to a fast start, and I stayed behind two girls at the beginning of the race,” Barber said. “At the first mile my tummy started hurting, so I kind of slowed down.

“Right around two miles I speeded up. I felt like I could catch the girl ahead of me, and then I felt I could catch some others, so I kept going.”

The Panthers, led by junior Chase Sweger’s 71st place finish, were 19th in the boys team standings. This was the first year since 2001 that FHS had both its boys and girls teams qualify for state.

Louisville Holy Cross won the boys team title with 61 points, and Holy Cross’ Josh Meiman was the individual winner in 16:16.95.

On the girls side, Bishop Brossart took four of the top seven spots, including the top three, to win the team title with 36 points. Brossart’s Claire Curtsinger took individual honors in a time of 19:42.90.