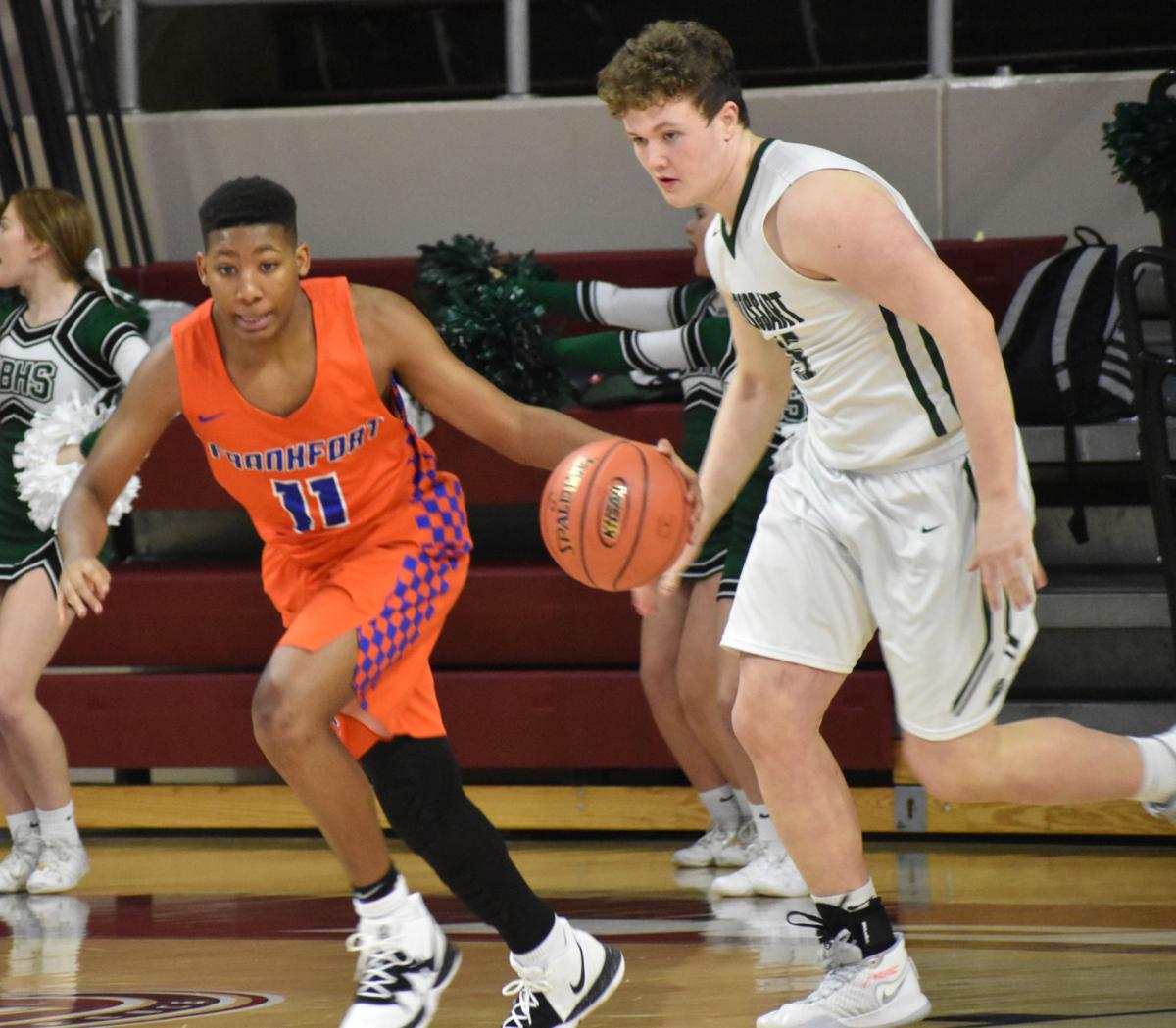 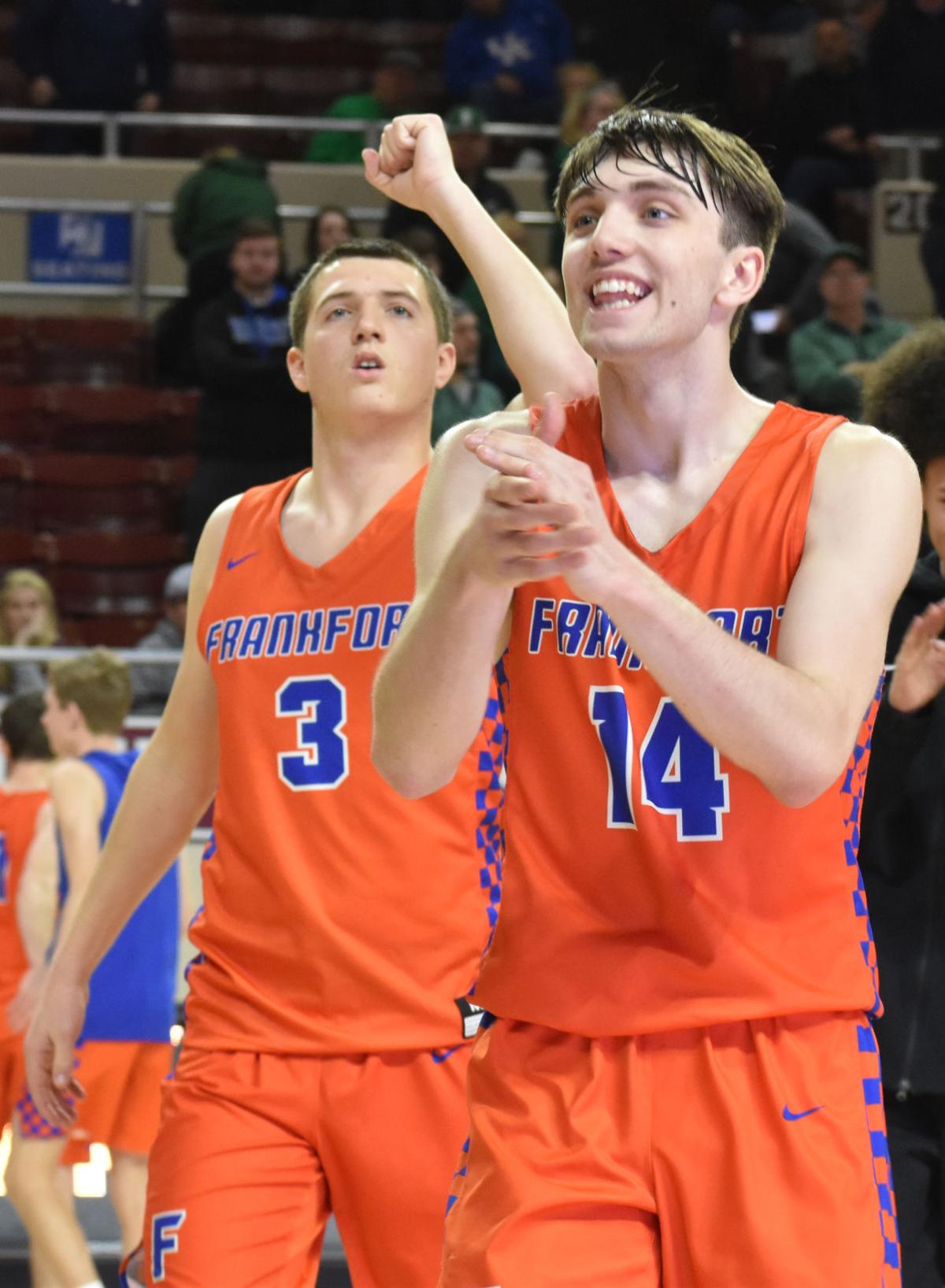 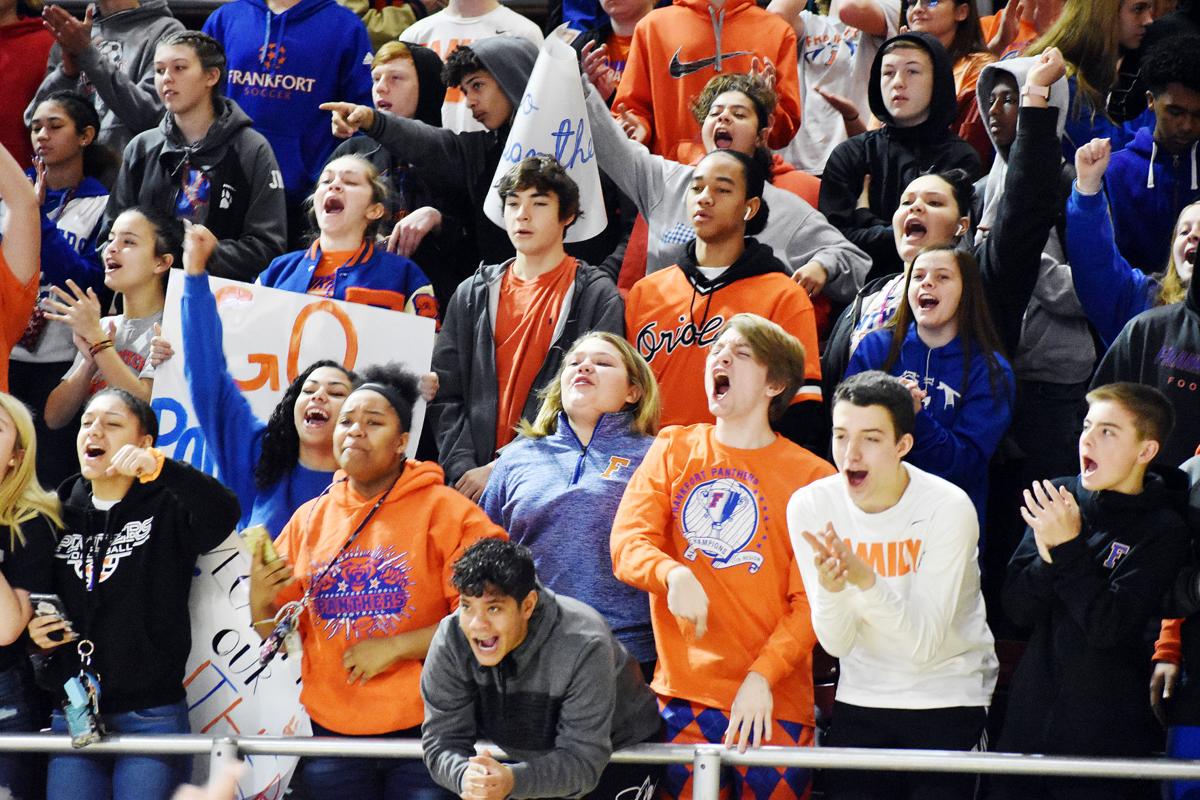 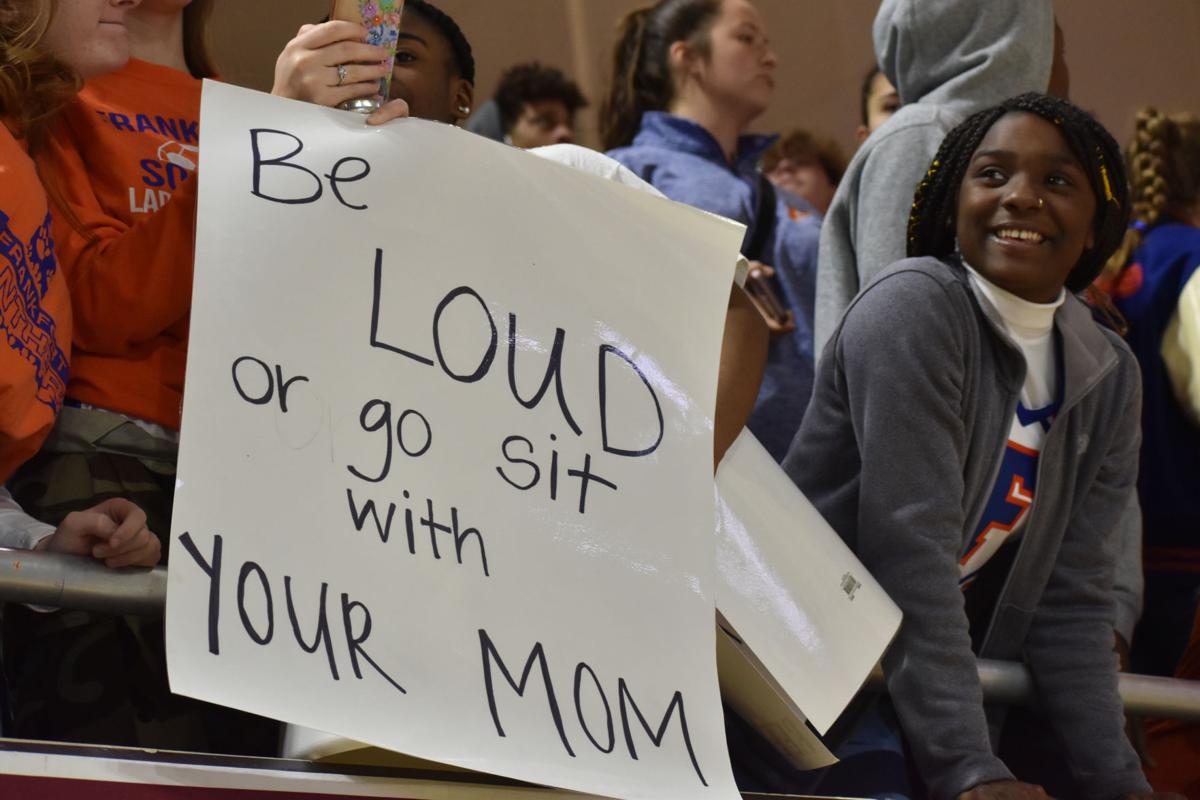 Frankfort senior Kiani Tatum, right, waits for the start of the Panthers' game next to a sign with instructions for the FHS student section at the Kentucky All "A" Classic Thursday at Eastern Kentucky University. (Linda Younkin)

Frankfort senior Kiani Tatum, right, waits for the start of the Panthers' game next to a sign with instructions for the FHS student section at the Kentucky All "A" Classic Thursday at Eastern Kentucky University. (Linda Younkin)

RICHMOND  — Eastern Kentucky’s McBrayer Arena wasn’t a new venue for Frankfort’s boys basketball team, which played there in last year’s 11th Region Tournament, so the Panthers decided to use that familiarity to their advantage.

“I told our guys, ‘you know the arena, you know the situation, let’s go out and throw the first punch and see how it goes,” FHS coach Chris O’Bryan said.

It went well for the Panthers, who defeated Bishop Brossart 57-52 Thursday morning in the Kentucky All “A” Classic.

The win puts Frankfort in Friday’s quarterfinals, where it will meet Owensboro Catholic, at 5 p.m. The Mustangs defeated West Carter 62-33 in Thursday’s first game.

“We immediately switched from zone to man defense,” O’Bryan said. “We needed to be moving.”

FHS led 14-12 at the end of the first quarter and held the Mustangs to just five points in the second period, which ended with Frankfort leading 30-17.

“We did a great job of drawing fouls, charges,” O’Bryan said, “doing all the little things you want to do to get that lead.”

The Panthers shot 58% in the first half while Bishop Brossart shot 35.3%.

FHS hit six 3-pointers in the first half, two each from starters Will O’Bryan and Chaz Austin and two from reserve Reed Miklavcic.

“Reed gave us a big spark off the bench,” coach O’Bryan said. “He had eight points at halftime, and he hit two 3s along with Will and Chaz.”

“It’s definitely been tough,” he said. “It was my shooting arm and I’ve struggled, but it’s a long season. It really is. We have a lot of games left. Coach scheduled a lot of games this year to get us more experience.”

The Panthers kept the momentum going in the third quarter, shooting 78% and leading 45-32 going into the final period.

The Mustangs cut Frankfort’s lead to four points twice in the fourth quarter but couldn’t get closer. FHS went 7-for-8 from the foul line in the final 48 seconds to seal the win.

“We did an excellent job in the third quarter keeping that energy,” O’Bryan said. “In the fourth quarter I thought we panicked, threw the ball away, but we had kids step up at the end.”

Will O’Bryan, Miklavcic and Austin all went 2-for-2 from the line in the final seconds, and Jackson Twombly went 1-for-2.

FHS had four players in double figures, led by Austin with 16 points. Will O’Bryan finished with 15, Twombly had 12 and Miklvacic chipped in 10.

Frankfort (9-12) is 4-0 lifetime against Bishop Brossart, including a win in the Elite Eight of the Kentucky All “A” Classic in 2003, the last time the Panthers were in the tournament. After starting the season 1-2, Thursday's win ended the Mustangs' 14-game winning streak.

This is Frankfort's sixth trip to the All "A" Classic, with the first five being from 1999-2003. The Panthers' best finish was reaching the semifinals in 2003.

“The last time we were here was 17 years ago,” Miklavcic said. “It was stressful, and there was some pressure. We let them get a little too close at the end, but a win is a win.”