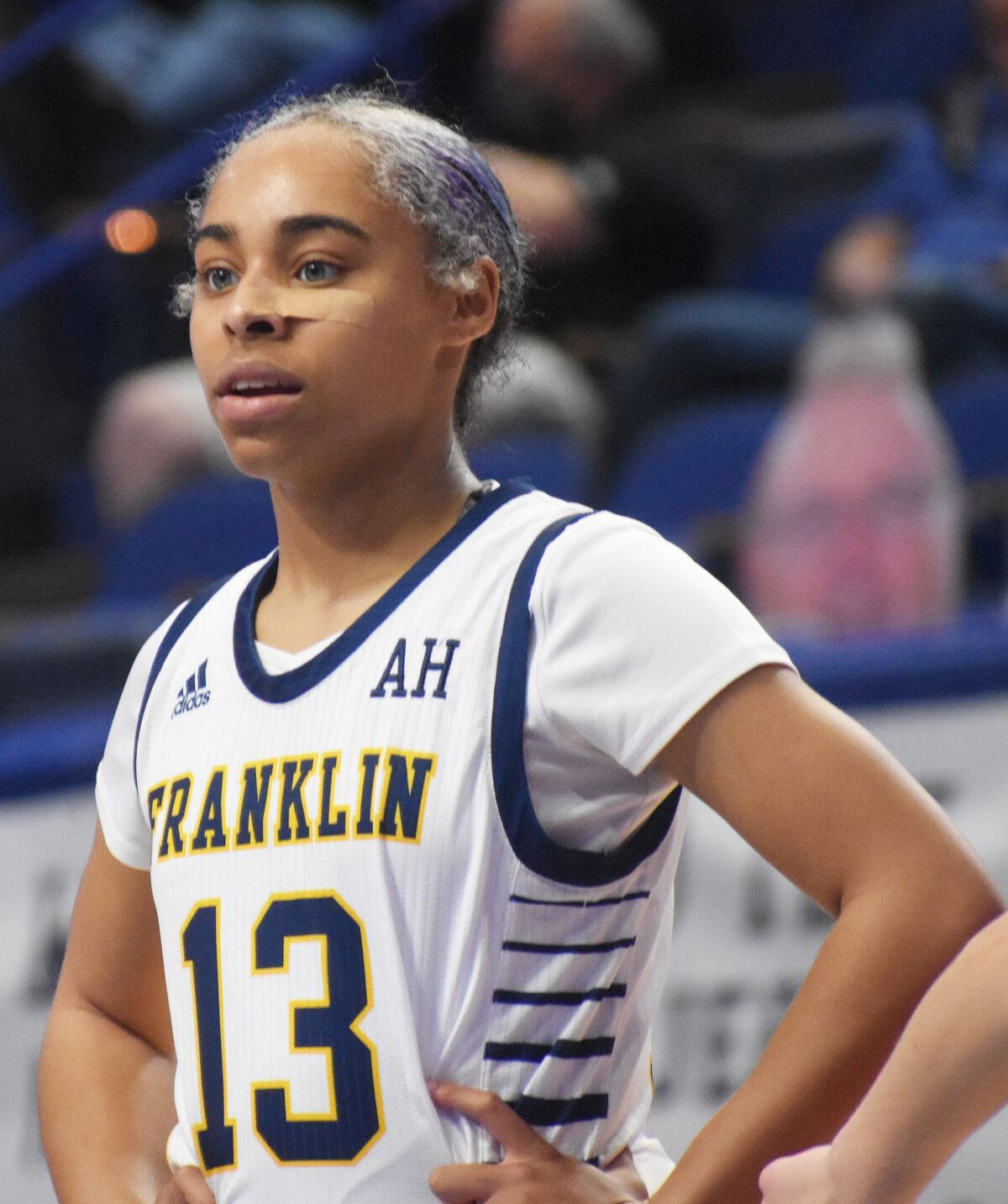 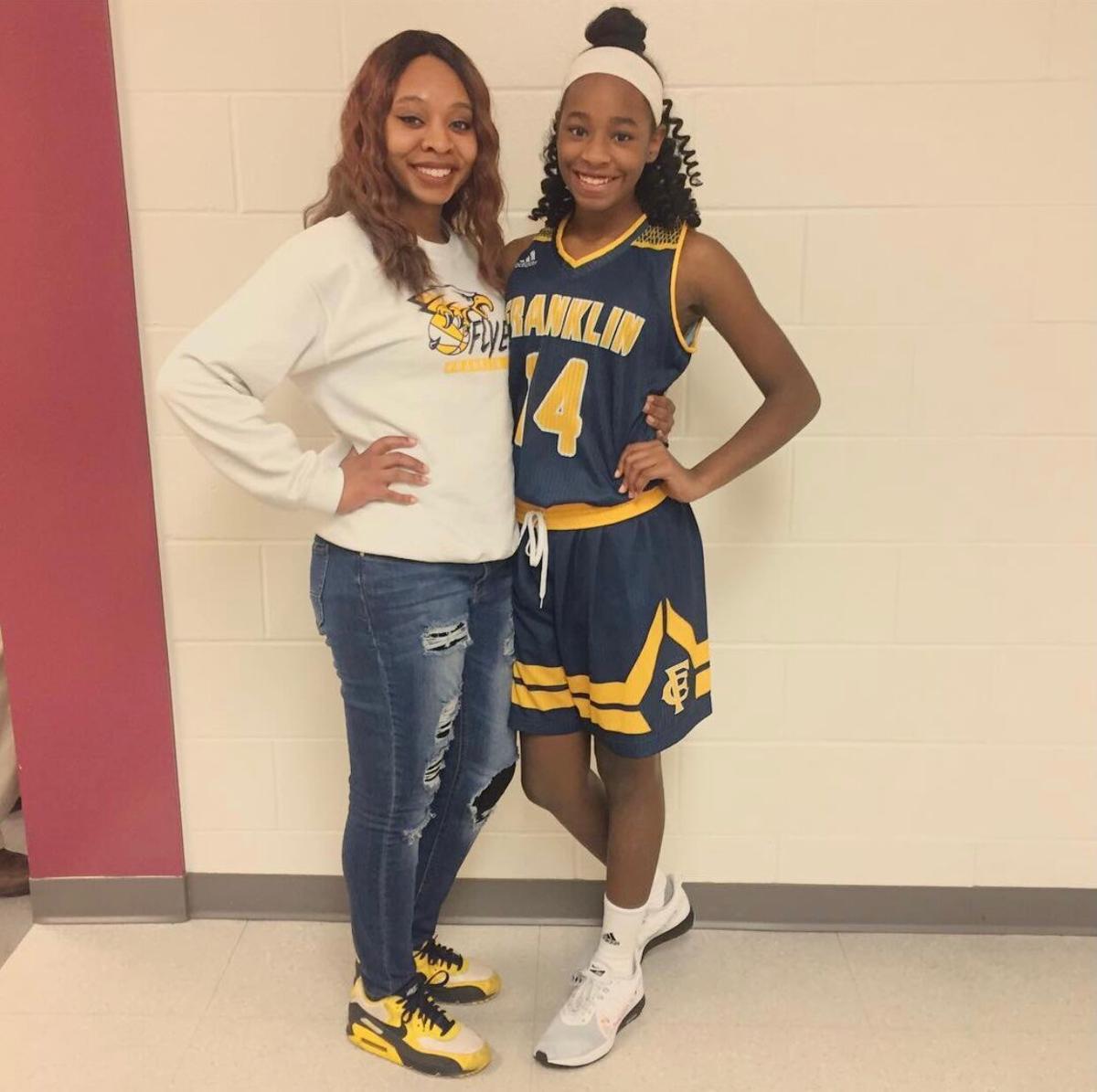 Sierra Newton, left, is a 2016 graduate of Franklin County and played in two state tournaments for the Lady Flyers. Her sister, Alex, right, is a sophomore guard on this year's FCHS state tournament team. (Photo submitted)

Sierra Newton, left, is a 2016 graduate of Franklin County and played in two state tournaments for the Lady Flyers. Her sister, Alex, right, is a sophomore guard on this year's FCHS state tournament team. (Photo submitted)

Franklin County is playing in the state tournament for the fifth time in the past seven years, and Friday the Lady Flyers are taking on Anderson County in the quarterfinals at Rupp Arena.

“I’ve told Brooklynn to enjoy every minute of it,” McGowan said.

In 1980, the Lady Flyers upset Oldham County, ranked in the top five in the state, in the state semifinals.

“We were definitely underdogs,” said McGowan, whose maiden name is White. “I never dreamed we’d be in the championship game. It was an experience.

“When we started, Coach (Nancy) Finney said to take it one day at a time, and that’s what we did.”

“My sister is deceased,” McGowan said. “She was Brooklynn’s rock, and before she died she asked me to watch out for her and Gordon (Brooklynn’s father). That’s what I’ve done. We’re a very close-knit family, and I go to as many games as I can.

“She’s a wonderful child. I couldn’t ask for a better niece.”

Miles, who has signed with Tennessee, said her great-aunt hasn’t shared a lot about her state tournament experience.

“She just says she’s proud of me,” Miles said. “It’s very special to me, and it means a lot that both of us have been able to make it to the state tournament.”

Alex, a reserve guard for the Lady Flyers this year, said her sister gives her basketball advice.

“All the time,” Alex said. “She likes to give me advice even though we play two different positions, but there are things I can pick up from her.”

The sharing of advice has been going on for years.

“Ever since she was little,” Sierra said. “When she was in elementary school I was an assistant coach for Lee Meadows (an FCHS assistant coach) for an Upward basketball team, but I think because I’m her sister sometimes she doesn’t want to hear my advice.

“I could tell her how things operate in practice, especially the first day with Coach (Joey) Thacker. He has Thackerisms, and I told her to be ready. She’ll ask me, ‘what does this mean,’ and I tell her what I think he meant.

“I think it’s cool to share that with teammates, but as sisters that’s something we can share for life.”

Alex has been around the FCHS program for much of her life, and that exposure inspired her to play basketball.

McGowan, who graduated from FCHS in 1981, won state championships in track in the 400- and 800-meter relays.

Sierra Newton graduated from FCHS in 2016 and NKU in 2020. She’s currently working at the Cincinnati Enquirer, and between her job and COVID she hasn’t had much chance to watch her sister’s games in person. She has been watching online.

Sierra couldn’t be at Wednesday’s game, a win over South Laurel, but she plans to be at Friday’s game.

McGowan has been at every state tournament game in which Miles has played, and that’s not changing.

“I bought my ticket before I left Rupp (Wednesday),” she said. “I can’t stand it. I want it here now.”