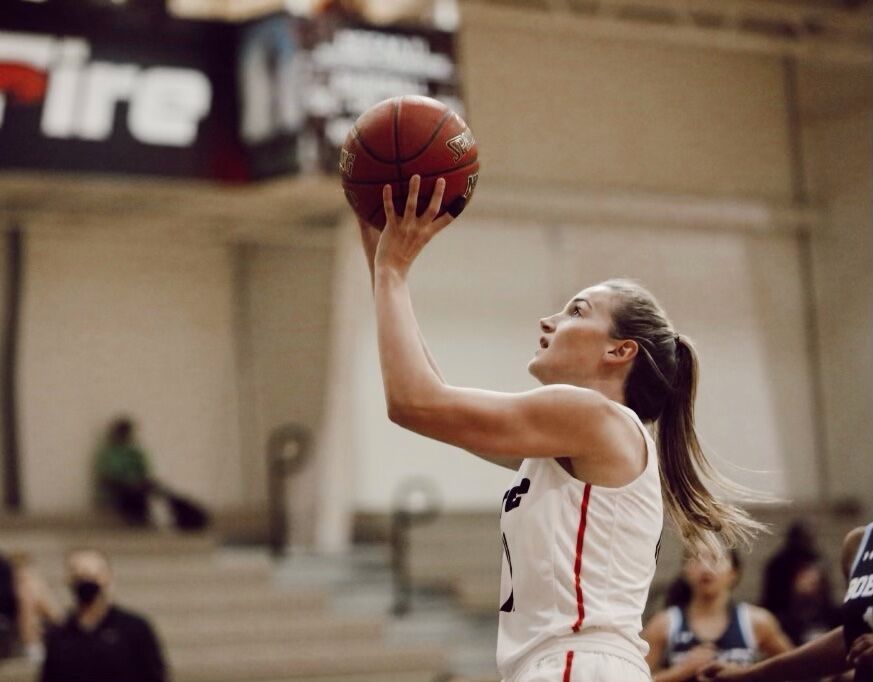 Rebecca Cook, a 2017 graduate of Franklin County, is now attending Southeastern University, an NAIA school in Lakeland, Florida, and is a member of the women's basketball team that reached the round of 16 in the NAIA women's national tournament. (Photo submitted) 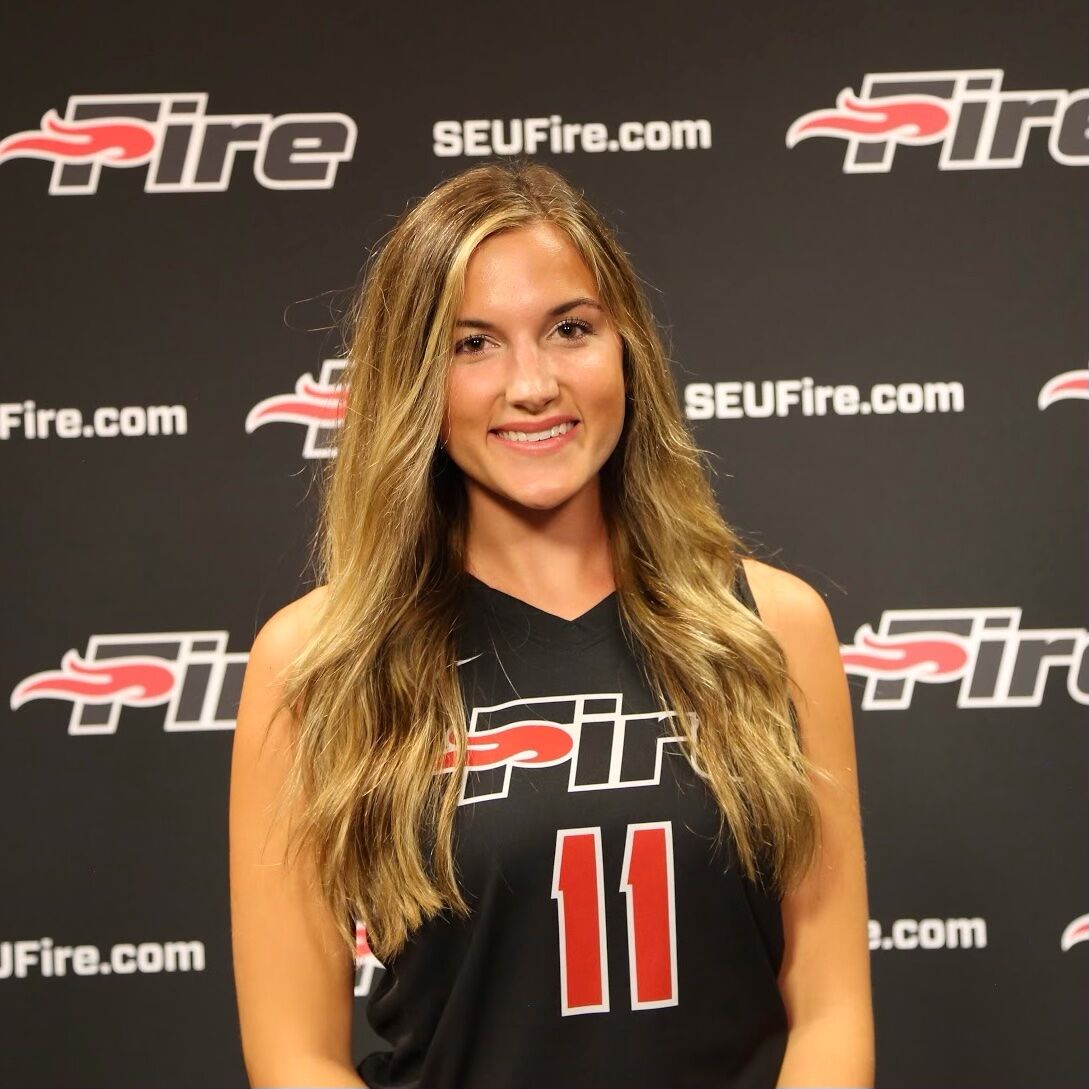 Rebecca Cook is in her first year at Southeastern University, where she is a member of the women's basketball team. (Photo submitted)

Rebecca Cook, a 2017 graduate of Franklin County, is now attending Southeastern University, an NAIA school in Lakeland, Florida, and is a member of the women's basketball team that reached the round of 16 in the NAIA women's national tournament. (Photo submitted)

Rebecca Cook is in her first year at Southeastern University, where she is a member of the women's basketball team. (Photo submitted)

Rebecca Cook’s college journey has had plenty of twists and turns, but she’s found a home at Southeastern University.

Cook, a 2017 graduate of Franklin County, transferred to Southeastern, a private, Christian school in Lakeland, Florida, in the fall after attending Western Kentucky and Kentucky.

With the transfer has come a return to basketball.

“The beginning was really hectic,” Cook said, “but once I got settled in it’s been awesome.”

A mainstay of FCHS’ girls basketball team and a member of the Lady Flyers’ 2015, 2016 and 2017 state tournament teams, Cook opted to sign with WKU for track after winning a state title in the 400-meter dash and finishing second in the 200 dash her senior year, the only year she ran track in high school.

Cook, after suffering a broken foot her freshman year, stayed at Western for 1½ years.

“It felt heavy on my heart that I wasn’t in the right place,” she said.

So following the first semester of her sophomore year at WKU, Cook decided to transfer.

“I entered the transfer portal on January 2, I talked with the UK track coach on January 3, and by January 9 I had found an apartment, moved in, enrolled in classes and started training with the track team,” Cook said.

But the injury bug struck at Kentucky when Cook broke her foot — “same foot, different bone,” she said — and she began rehab.

“I started thinking maybe my body wasn’t responding well to track,” she said. “I wanted to try and push through it. I didn’t want to quit injured.”

The injury, along with other health issues, changed Cook’s mind.

“I was giving up sports, something I’d been doing so long,” she said. “It was my identity. It was hard to make that change even though it was better for my body.”

Cook stayed at UK, working in the broadcasting and public relations department, until a chance meeting changed her course again.

While visiting a friend, she was introduced to Billy Mote, a baseball player at Creighton. Mote, now Cook’s boyfriend, transferred to Southeastern, and while helping Mote move, Cook was talking to some of Southeastern’s baseball coaches and said that she ran track at Kentucky and played high school basketball.

“It was just a conversation,” Cook said. “I didn’t think anything about it.”

A few days after that, in the athletics department offices, the coaches were talking about Cook when Tim Hays, the women’s basketball coach, came by and overheard part of the conversation.

“He told them he’d just lost a 5-11 shooting guard,” Cook said. “He said he needed to replace her, but it was so late people weren’t looking to transfer.”

Cook wasn’t either, but then came a call from Hays saying he’d like to talk to her.

“I was on a plane the next day with my carry-on,” she said. “I committed, enrolled in classes and was practicing with the team in less than three days.”

It’s worked out well. Cook didn’t start but was the first or second player off the bench for the Fire, which was ranked in the top 20 nationally among NAIA schools and reached the round of 16 in the NAIA national tournament.

Because of COVID, Cook had enrolled in just one class at UK for the 2020 fall semester, so she was able to transfer and was immediately eligible at Southeastern.

“I struggled offensively all season,” she said. “I had trouble finding my touch around the basket. It had been almost four years since I played.

“It was pretty cool Coach kept putting me in games, that he had confidence in my defense and that I could get a defensive stop. I feel like that’s what I did in high school.”

It has given Cook an experience she never expected to have.

“Some assistant coaches were telling us you don’t realize how much you’ll miss this until it’s gone, and in my mind I thought, ‘I know that.’ I’ve missed it and thought it would never happen again, especially at the college level with a team that made it to the Sweet Sixteen.”

Southeastern won the Sun Conference tournament and finished the year with a 26-3 record.

Cook will graduate in May with a degree in digital journalism, and she has two years of eligibility remaining.

She plans to play next year and work on a master’s degree. She’s unsure if she’ll play another year after that, but she hasn’t ruled it out.

“I think all of my college experiences have been stepping out on a leap of faith and putting me at this point,” Cook said. “God has perfectly fit all the pieces together.”