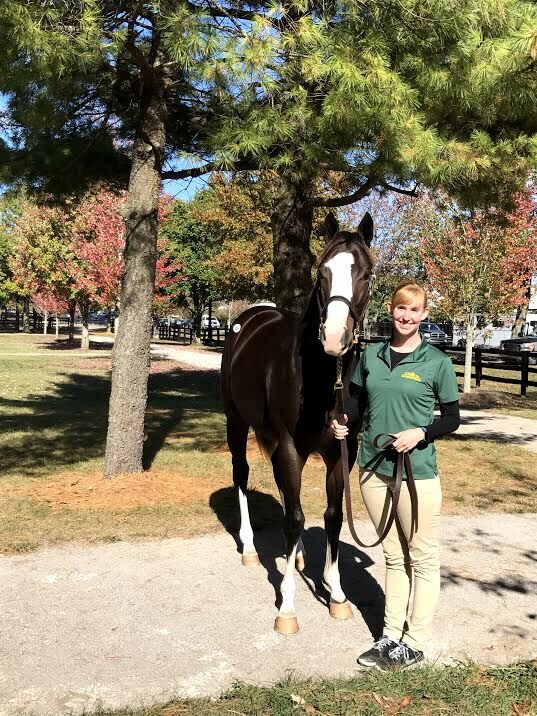 Courtney Schneider, a 2011 Franklin County graduate, is the director of sales at Shawhan Place in Paris. (Photo submitted) 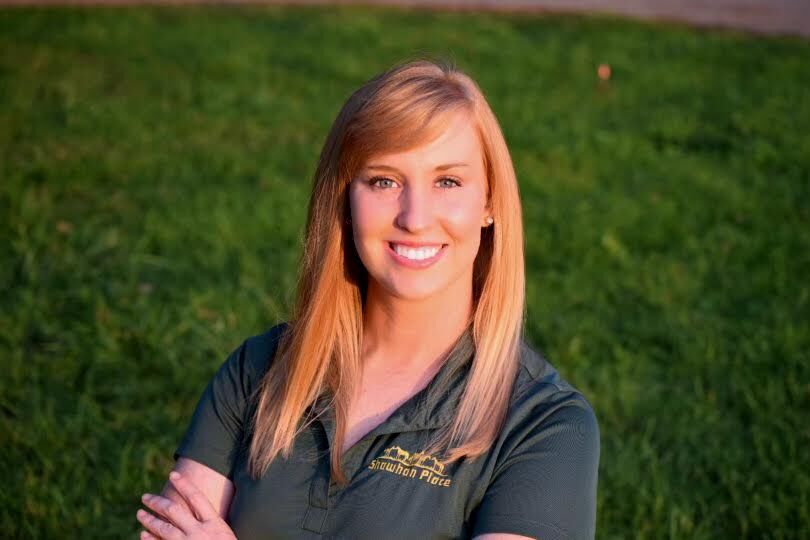 Courtney Schneider, a 2011 graduate of Franklin County, was recently appointed to the board of directors of the Kentucky Equine Education Project, and she's president of the Kentucky Thoroughbreds Farm Managers’ Club. (Photo submitted)

Courtney Schneider, a 2011 Franklin County graduate, is the director of sales at Shawhan Place in Paris. (Photo submitted)

Courtney Schneider, a 2011 graduate of Franklin County, was recently appointed to the board of directors of the Kentucky Equine Education Project, and she's president of the Kentucky Thoroughbreds Farm Managers’ Club. (Photo submitted)

For Courtney Schneider, there was never any question her career would involve horses.

It’s a passion she’s had all her life.

“My great-grandparents used to own Lakeview Park when it was a fully operational thoroughbred farm called Lakeview Farm,” Schneider said. “They passed away before I was born, but I heard family members talk about growing up there.”

Schneider, a 2011 graduate of Franklin County, is the director of sales at Shawhan Place in Paris. She is the daughter of Bill and Debbie Schneider.

She was recently appointed to the board of directors for the Kentucky Equine Education Project (KEEP), Kentucky’s equine economics advocate.

‘The first racehorse I remember falling in love with was Skip Away, a champion racehorse when I was 4 years old,” Schneider said. “I started taking riding lessons when I was 6 years old, and I dabbled in riding here and there.

“My grandfather gave his grandchildren a horse one year for Christmas. It was really all of ours, but I felt it was more mine because I was more interested in the horse than the others.”

When it came time for college, Schneider had a vision for what she wanted.

“I was going to go to UK because I wanted to be in their equine program,” she said.

While at Kentucky, Schneider worked at the school’s thoroughbred farm, Main Chance Farm. She graduated from UK in 2015 with a degree in equine science and a minor in agriculture economics.

After graduation, she was accepted into the Irish National Stud Program and went to Ireland for a six-month breeding course.

Schneider began working at Shawhan Place upon her return, and she’s been there since 2016.

“I get to do a little bit of everything,” she said when asked about her job. “I talk to clients, I work sales, I help raise foals. One of the things I like at Shawhan is there aren’t a ton of people on the farm, and it’s very much a family atmosphere.

“Foaling out a mare is one of my very favorite things, and I really enjoy working the yearling sales as well.”

Helium, who will run in this year’s Kentucky Derby, was bred and foaled at Shawhan. He was sold as a yearling.

In addition to serving on the KEEP Board of Directors, Schneider is the current president of the Kentucky Thoroughbreds Farm Managers’ Club. She’s just the organization’s second female president, and at 28, she’s tied as the youngest to hold the position.

“As long as there’s a horse industry, that’s where I’ll be,” Schneider said. “There are weeks where I work seven days a week.

“It’s been said if you love what you’re doing you don’t work a day in your life, and I wake up every morning thinking about the day and looking forward to it.”