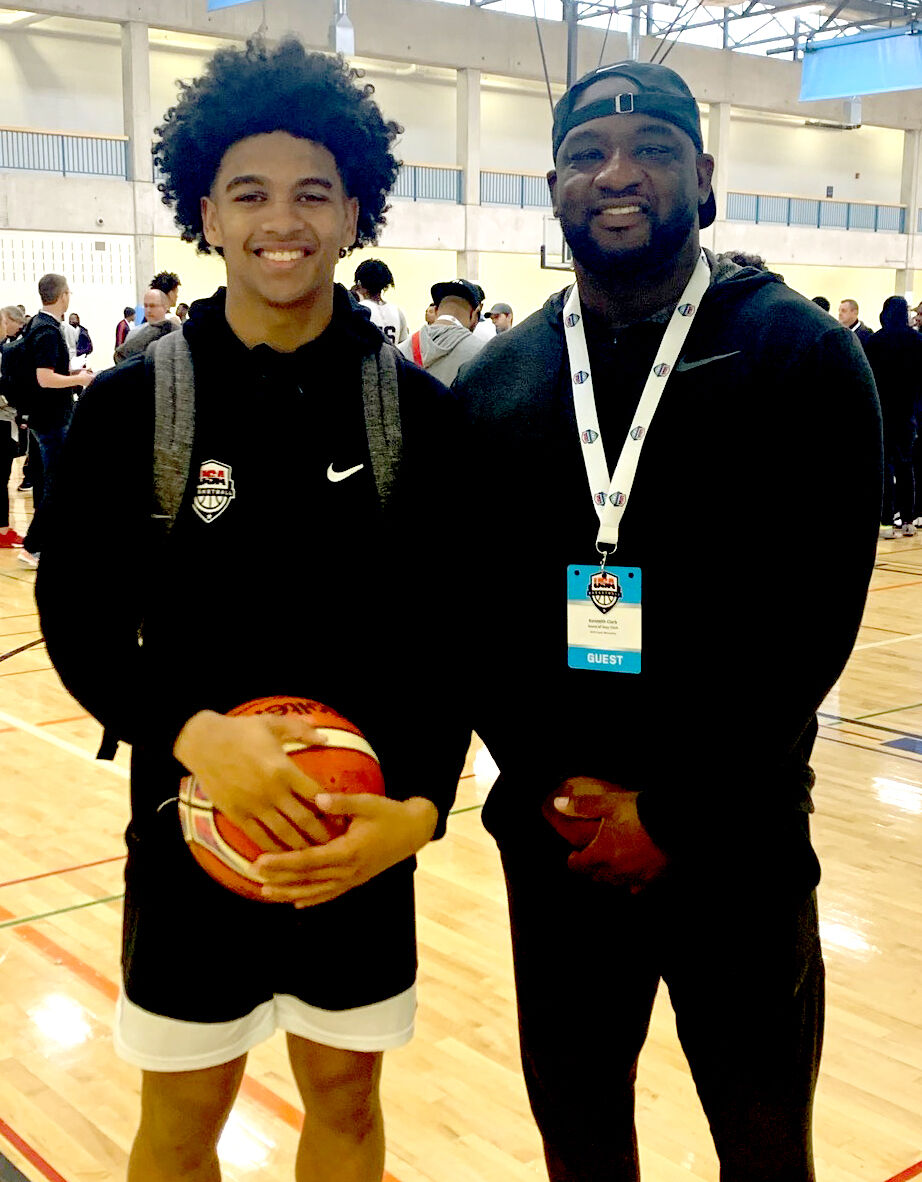 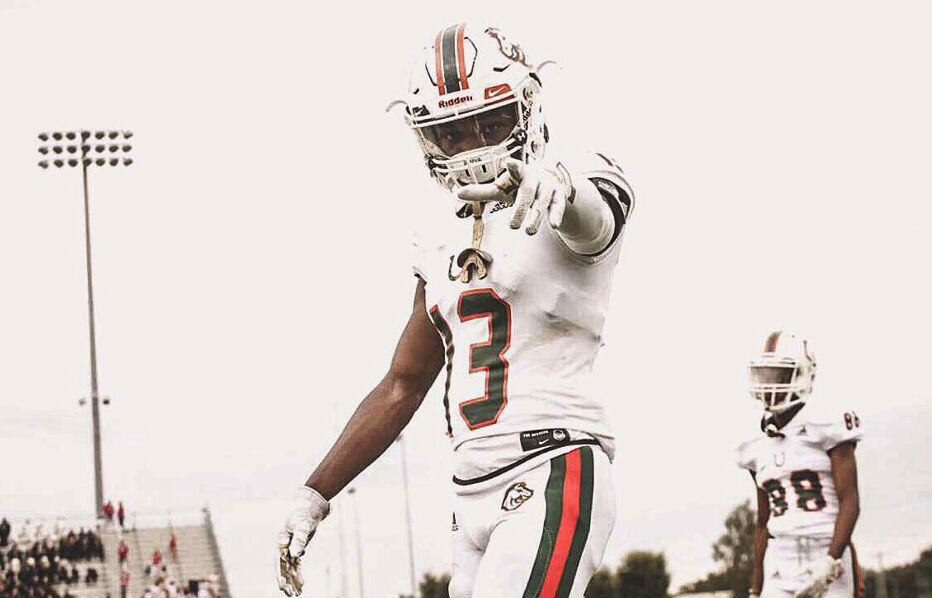 From the time Kentucky started recruiting point guard Skyy Clark it was a “blessing” for the family.

“Recruits dream of getting a call from coach Cal or his staff at Kentucky,” said Kenny Clark, Skyy’s father. “That is huge for these kids. Definitely an honor and speaks for all the hard work he has put in.

“It was a special moment when he got the Kentucky offer. We knew it was coming one day but it caught us off guard. Coach Cal had not offered an incoming junior yet and he never offers expect in person. With everything going on, he had not had a chance to see Skyy play this AAU season, so a Zoom call was the best he could do but we were still thrilled.”

“Everybody knows who coach Cal is. You seen how genuine he is as a person, then you meet him and everything you thought about him is true,” Kenny Clark said. “It’s just that mystique of coach Cal. You look at any NBA roster and see players from Kentucky on every roster.

“It’s the Kentucky basketball history that impresses not only my son but all these kids. Everybody wants a Kentucky offer.”

The 6-2 Clark is a top 15 player in the 2022 recruiting class and has an elite set of skills that could easily allow him to reclassify to the 2021 recruiting class to get to college a year earlier if he wanted.

However, Clark has worked diligently to get where he is now.

“He started playing at 9 years old and he has had to grind,” Kenny Clark said. “He sat on the end of benches and shed a bunch of tears because he was not playing. I actually thought about putting him into football. A friend of mine told me I had to see the future and that he had a skill set to be great in basketball.”

Kenny Clark played in the NFL. So did his brother and his cousins. Skyy Clark has the same “phenomenal” athletic ability even if he had “to work his butt off” early in his basketball career.

“I did not push my kids to do anything they did not want to do,” Kenny Clark said. “If he did not want to play football, that was okay. If it was basketball, he just had to figure it out. If not basketball, then we would have looked for something else.”

Success has not changed Clark’s personality, either.

“He’s always been mature and outgoing. What you see is what you get. He won’t change,” Kenny Clark said. “He’s got an old soul. He doesn’t follow. He always leads. He dances to his own music. He takes everything in stride. He has not let success change who he is at all.”

Part of that humble approach is because the high school junior still remembers when he was sitting on the end of those benches years ago. His father remembers him crying and how people doubted if Skyy could play basketball. That’s when former Syracuse and Long Beach State player Ramel Lloyd changed Skyy Clark’s future.

“Ramel saw Skyy was frustrated. We were going to leave (basketball) and find something else to do,” Kenny Clark said. “Ramel told our coach to give him Skyy and watch what he would do for him. Since then he was always on coach Lloyd’s team. He started improving every day. He put the confidence in him and expected nothing but greatness out of him.”

Many others now expect the same greatness from Skyy Clark even if there are some who question his outside shot, size and more. Those doubters amuse Kenny Clark.

“You can’t please everybody,” Skyy Clark’s father said. “Some say he can’t shoot. Ye he shot 40 percent on the 3-ball last. Some say he’s not the tallest point guard but he was the second leading rounder on his team and also averaged two or three dunks per game.

“We just have got to keep honing his skills. He gets shots up daily. He works on his basketball IQ daily. Let all the naysayers talk. We do not listen to them. He doesn’t care what people say. Myself, I always thought a 6-2 point guard was fine. But we’ll just keep working.”

Recently Skyy Clark said on “Sources Say Podcast” that he was “definitely” considering reclassifying to the 2021 recruiting class depending on how much he improves in the months ahead.

“Reclassification is on the table,” Kenny Clark said. “We don’t know exactly if he will. But I think you have to give yourself all the options you can. You want to give yourself every option. You always want to stay prepared because you never know what can happen.”

One huge advantage that Frederick Douglass junior defensive back Ty Bryant knows he will have when he gets to college is the competition he practices against daily.

Bryant already has six scholarship offers, including Kentucky, with plenty more likely to come as he continues to hone his skills.

“I know going against those guys in practice every day makes me better,” Bryant said. “Dekel is so good. He’s quick, fast. He can really move. Last year me and (Baylor signee) Devin Neal guarded hm a lot before he left (to attend IMG Academy in Florida his junior season).

“Now it’s nice to have him back. It helps me a lot. When you are going against the best in practice, games are going to come easy. Last year our motto was to make practice harder than games.

“I feel like going against Dekel and Dane, they take everything out of me. We are competitors. We don’t like to lose. I know when it comes to game time the dude in front of me is not going to beat me cause of what I have seen from Dekel and Dane every day.”