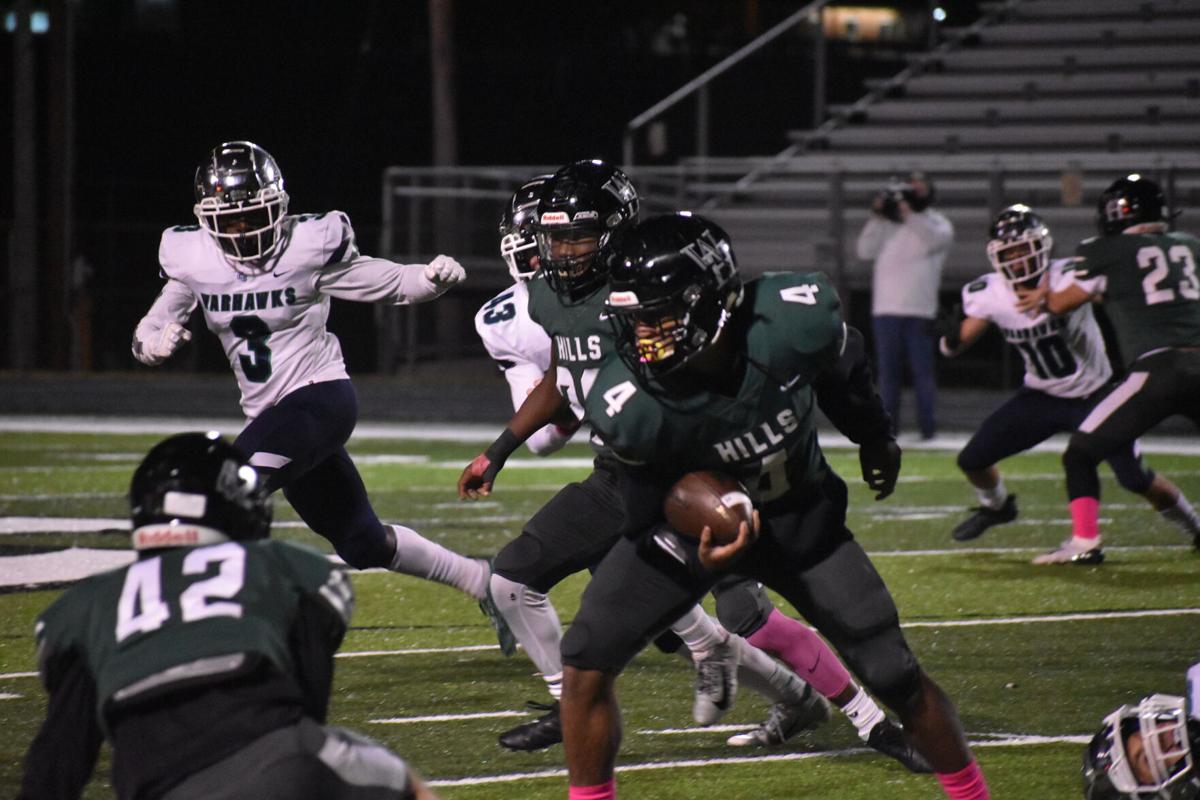 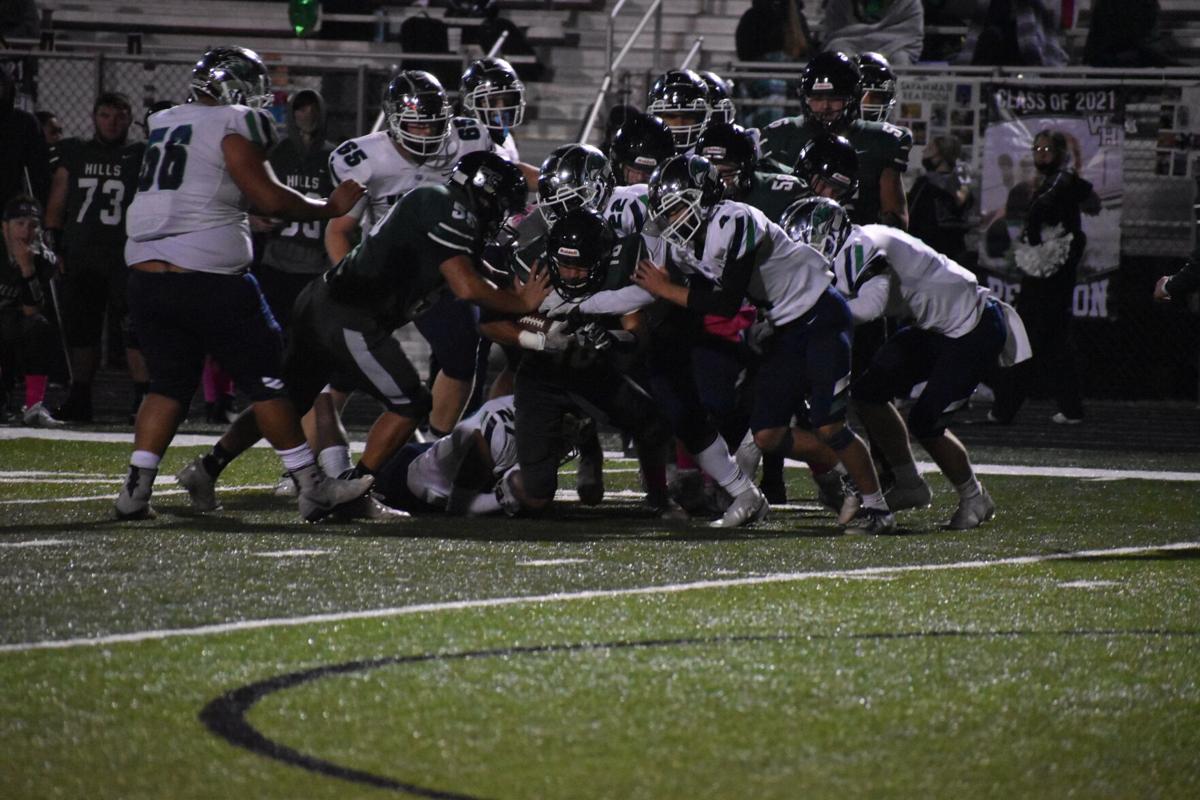 Western Hills' Jeffery Parker is tackled in the middle of a group of players during Friday's game against Great Crossing at WHHS. Parker scored for Western Hills in its 42-7 loss. (Linda Younkin/State Journal)

Western Hills' Jeffery Parker is tackled in the middle of a group of players during Friday's game against Great Crossing at WHHS. Parker scored for Western Hills in its 42-7 loss. (Linda Younkin/State Journal)

The game was played later than planned against an unexpected opponent, but Western Hills’ football team finally played its home opener Friday.

“It’s been a roller coaster of emotions,” WHHS coach Don Miller said, “but we finally got a game in on this field. You don’t know going forward what’s going to happen.”

Friday’s game, a 42-7 loss to Great Crossing, was the Wolverines’ first on its new synthetic turf field.

WHHS had a 14-day quarantine period last month because it had played a team with a player who had tested positive for COVID-19. That wiped out the home opener scheduled for Sept. 25.

The Wolverines were to play DeSales in a district game Friday, but Miller found out Thursday afternoon that DeSales couldn’t play because of COVID-19.

Great Crossing stepped in as Friday’s opponent, and for a half Friday the game was close.

WHHS (2-2) scored on its first possession, capping the drive with a 10-yard touchdown run from Jeffery Parker. TJ Walker kicked the extra point, and the Wolverines led 7-0 with 6:33 left in the first quarter.

Western Hills took a 7-0 lead into the second quarter, but Great Crossing scored twice in the period to lead 14-7 at halftime.

“I thought we played very well in the first half,” Miller said. “Then there was the pass play where we were looking in the backfield when our corner should have gone under and our safety over top, but (Kalib) Perry is a good player and has some DI offers, and that tied it up at 7-7.”

The 48-yard play came midway through the second quarter. With 1:22 left, Caleb Shively intercepted a pass thrown by Dylan Engler and returned it for a touchdown and a 14-7 lead.

The Warhawks (2-3) took the second half opening kickoff and scored within two minutes on a 9-yard run by Casey Fain.

Great Crossing scored two more times in the third quarter, with a 41-yard run by Perry and a fumble recovery returned about 50 yards by Peyton Harris.

The Warhawks led 35-7 at the end of the third quarter, and they scored their last touchdown with 37 seconds left in the game on a 22-yard run by Jake Broughton.

Austin Welch was 6-for-6 on extra points.

“We just self-destructed in the second half,” Miller said. “I told them it’s the stupid penalties we’re getting. We’re not playing smart football right now.”

Western Hills is scheduled to play at the Christian Academy of Louisville in a district game Friday.