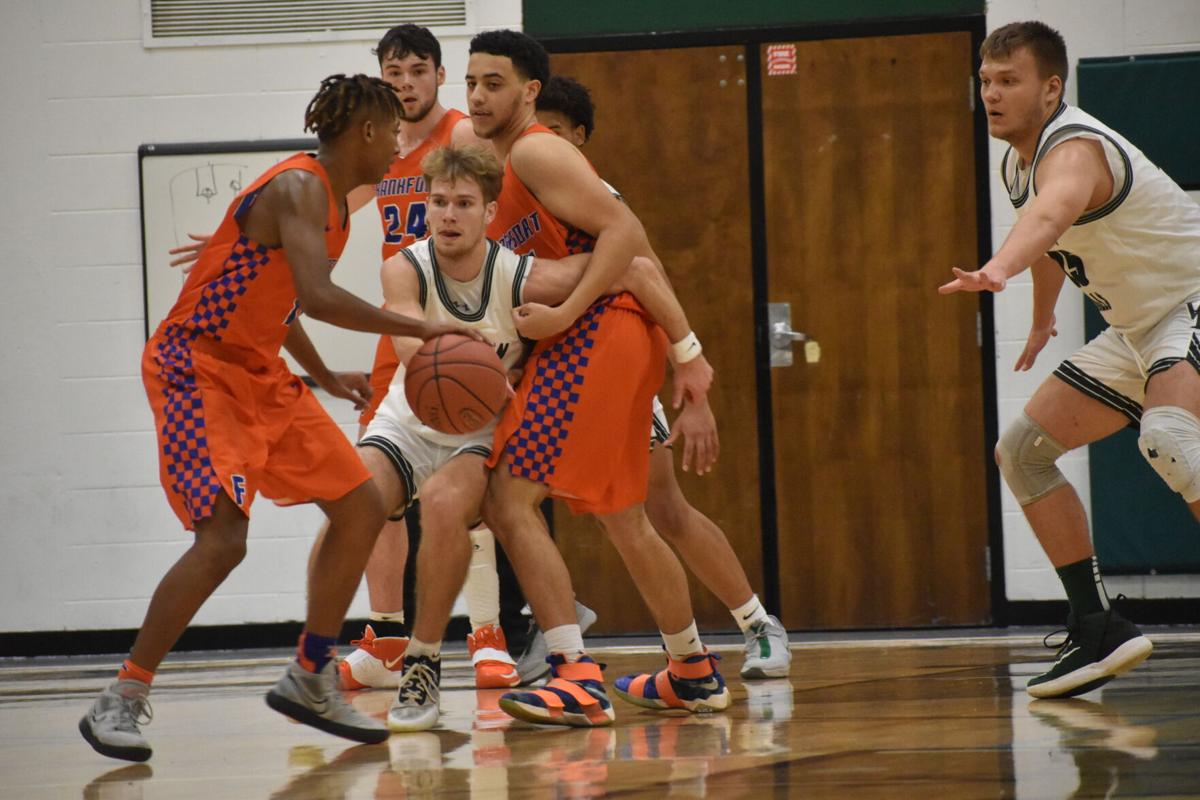 Frankfort's Jordan Blythe, left, works the ball on offense as Western Hills' Mason Satterly tries to get past Elijah Walker during Friday's game at WHHS. Coming in on defense is WHHS' Eric Gabbard. WHHS won 58-56 in overtime. (Linda Younkin/State Journal) 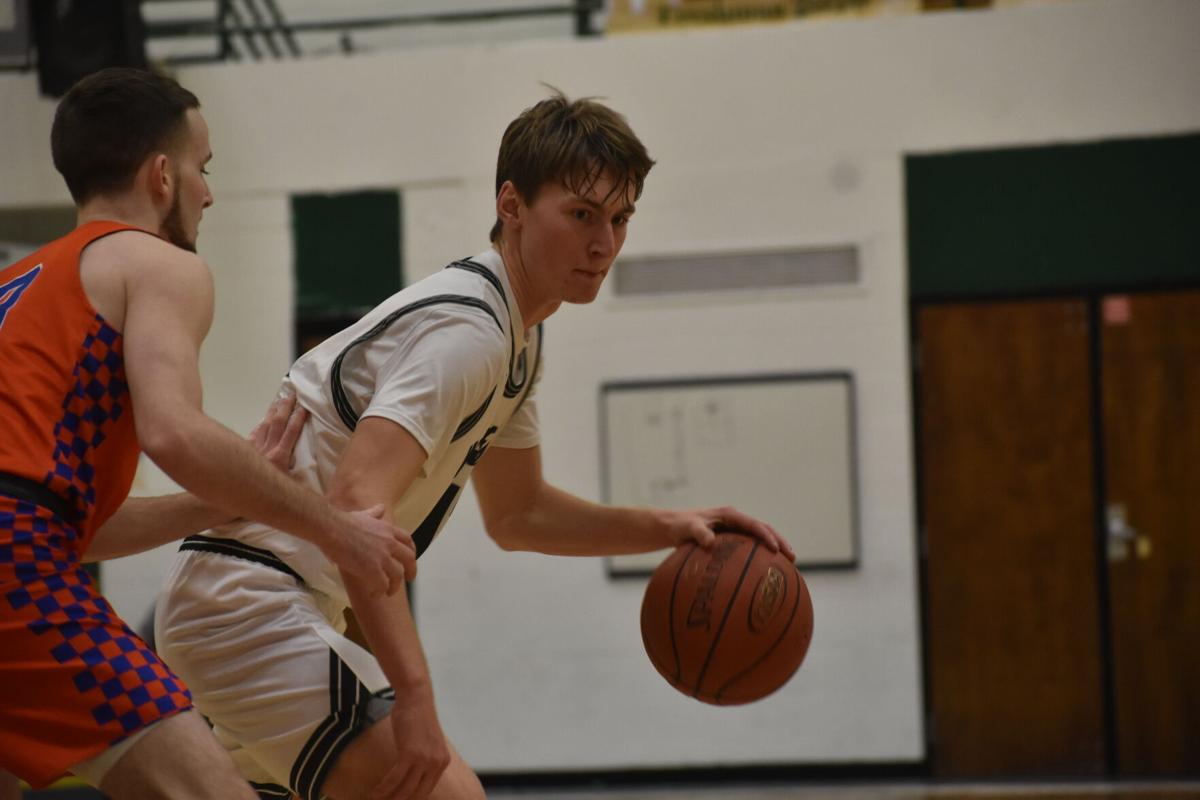 Frankfort's Jordan Blythe, left, works the ball on offense as Western Hills' Mason Satterly tries to get past Elijah Walker during Friday's game at WHHS. Coming in on defense is WHHS' Eric Gabbard. WHHS won 58-56 in overtime. (Linda Younkin/State Journal)

After one quarter, Frankfort’s boys basketball team led Frankfort 19-6, and with just over five minutes left in the first half, FHS was ahead 26-9.

Everything seemed to be going the Panthers’ way, but WHHS rallied for a 58-56 win in overtime Friday at Western Hills.

“That’s one of the things we talked about at halftime,” FHS coach Chris O’Bryan said. “You can’t let a team back in it. It doesn’t matter who they are.

“Give credit to Western Hills. They came back in the second quarter, and it was a dogfight from there.”

“Once we calmed down and got where we needed to be defensively, we outscored them 22-12 in the second quarter and were only down by three at halftime.”

Western Hills scored the first four points of the third quarter to take a 32-31 lead, and neither team led by more than two points in the quarter until a layup by Jordan Blythe put FHS up 45-41 at the end of the period.

A 3-pointer by WHHS’ Zach Semones tied the game at 54-54 with 1:11 left in the fourth quarter and sent the game to overtime.

With four points from the foul line, the Wolverines led 58-56 with 1:36 left in the game. They got the ball back but turned it over with 20 seconds remaining.

Frankfort missed a shot just before the buzzer.

“We had every chance to win,” O’Bryan said. “It comes down to the little things.

“There are a lot of things we have to do, but these are good kids and they’re working hard, and they’ll get better as the year goes on.”

“We have to play for 32 minutes,” O’Bryan said. “We took the second quarter off mentally for about six minutes, and you can’t do that and expect to win, especially in a district game.”

After opening the season with three straight losses, the Wolverines have now won their last two games.

“I’m proud of them and the way they responded,” Cody said. “Mason (Satterly) and Kolton (Perkins), in the second half especially, really stepped up, and we had three players in double figures. The big thing is we’re 1-0 in the district. That’s what matters.”

Nearly a year after pandemic began, Kennedy Owens celebrates her birthday with a parade