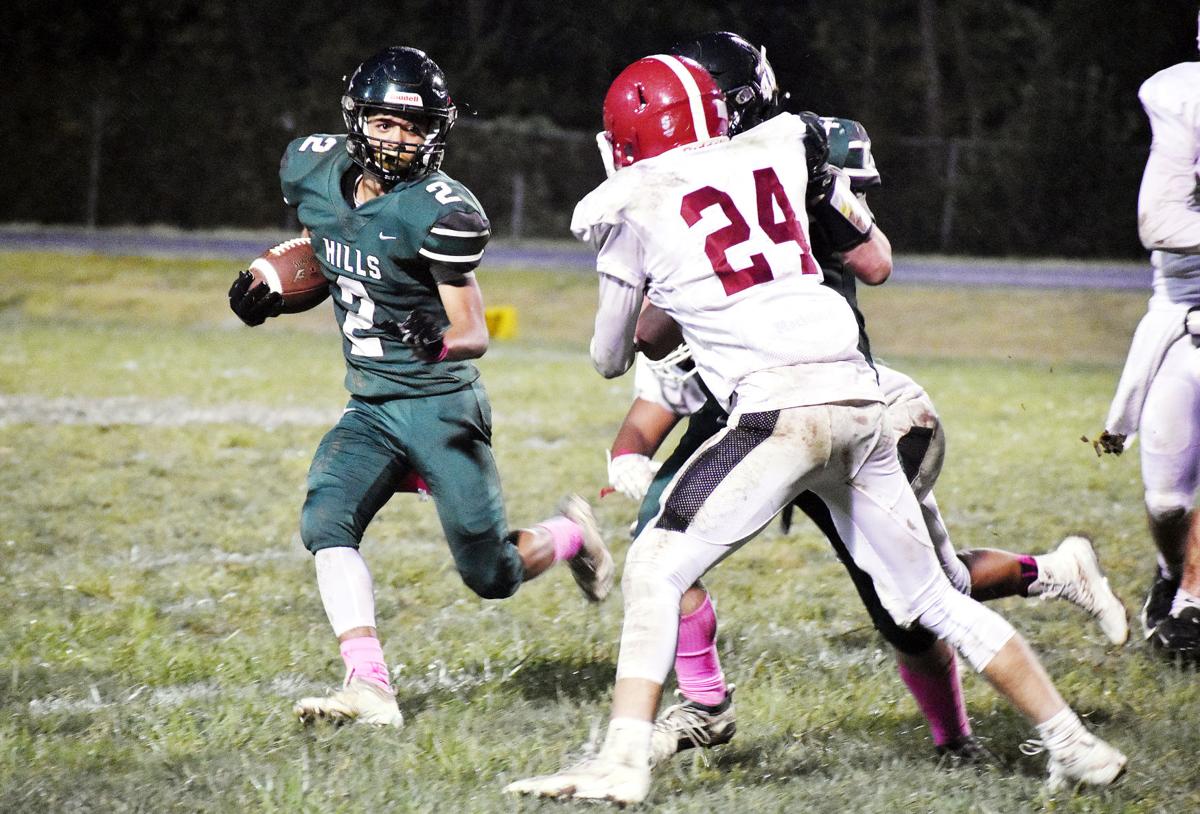 Western Hills' Demetrius Britt (2) cuts to the outside against Henry County's Blake Cole during Friday's game at WHHS. (Linda Younkin) 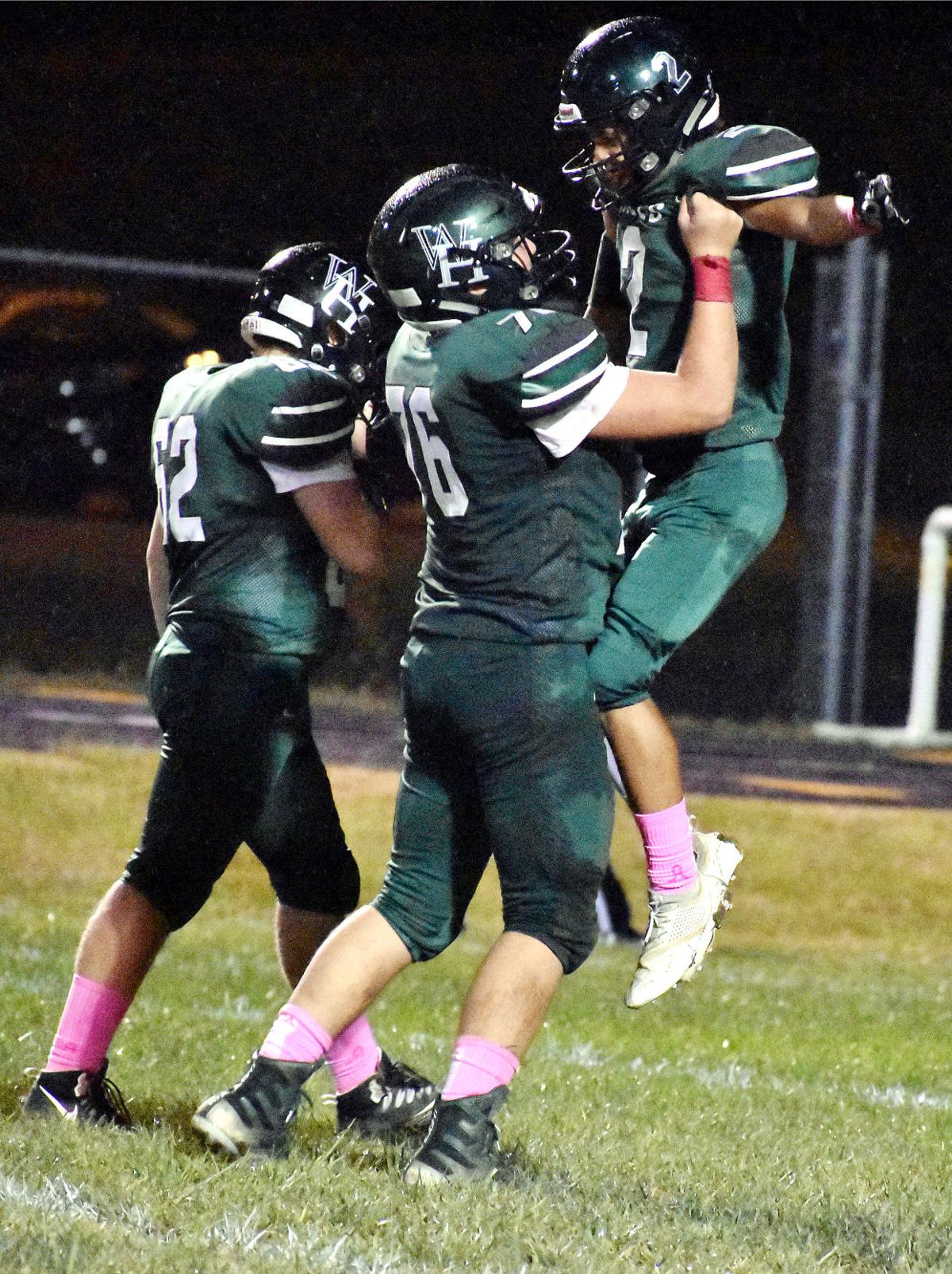 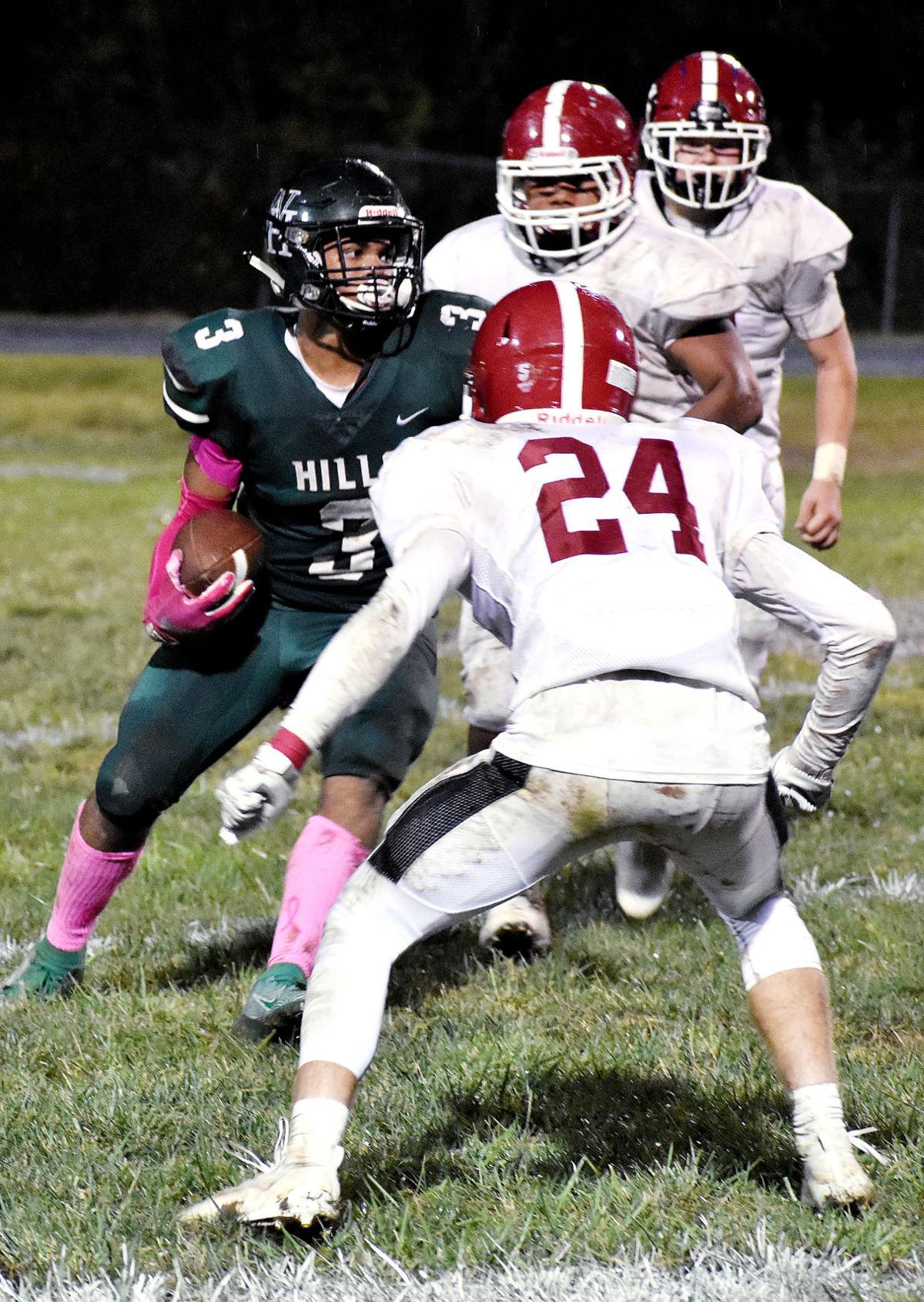 Western Hills' Demetrius Britt (2) cuts to the outside against Henry County's Blake Cole during Friday's game at WHHS. (Linda Younkin)

Western Hills’ football team saw its 17-point halftime lead disappear in the second half, but the Wolverines didn’t let the win slip away.

“I’m disappointed we gave up that many points,” WHHS coach Don Miller said, “but I’m proud we found a way to win.”

WHHS didn’t score on a conversion or point-after kick after any of the touchdowns.

While his team had a 17-point lead, Miller knew what Henry County was capable of.

“We watched film of their games with CAL (Christian Academy of Louisville) and DeSales, and we tried to explain to the guys that they moved the ball in those games,” he said.

“They did a very good job up front of knocking us off the ball.”

That helped the Wildcats score three straight touchdowns for a 26-24 lead with 6:36 left in the game.

WHHS responded with a 25-yard touchdown run from Rogers, who also ran for the conversion and a 32-26 lead with 4:29 remaining.

With just 1:36 left in the fourth quarter, Henry County’s Andrew Mays scored to tie the game at 32-32. The point-after kick was no good, and the game went to overtime.

“The second half was very frustrating,” Rogers said. “We started to play the blame game, but our coaches told us if we just stayed together we could win this game. We did this for our fallen teammate, Cameron Purvis.”

Purvis was injured in the second half.

Both teams scored in the first overtime, with WHHS’ touchdown coming on a pass from Rogers to Moorman. Neither team made its point-after kick.

The Wildcats had the ball first in the second overtime and scored on a pass from Eli Ammiott to Kevin Wix with Michael Soto kicking the extra point.

On third down and the ball just outside the goal line for WHHS, Rogers ran for a touchdown, making the score 45-44, and he caught a pass from Engler for the two-point conversion and the win.

“This gives us big confidence boost and a chance to make the playoffs,” Rogers said.

Western Hills plays next Friday in Louisville at DeSales.