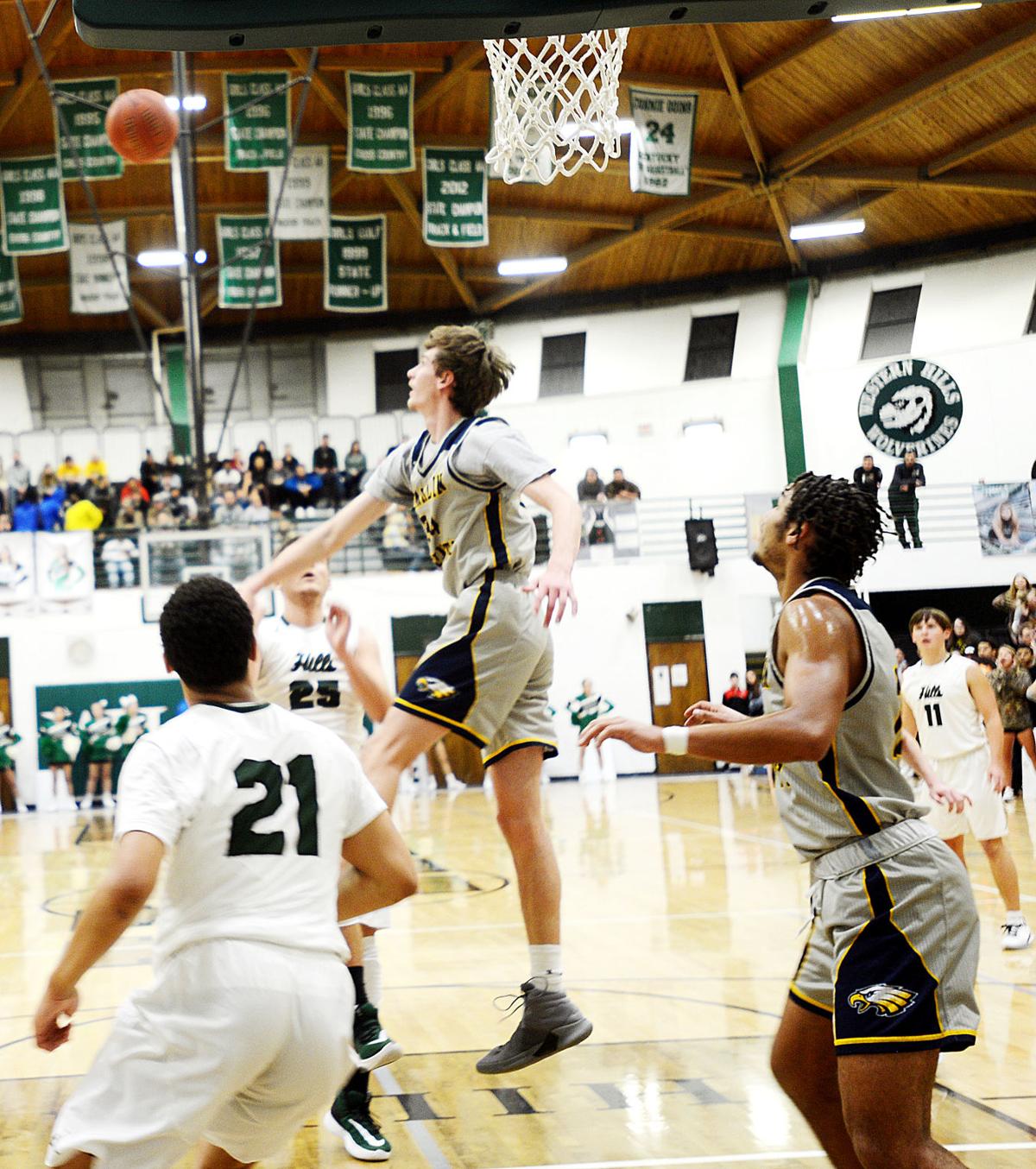 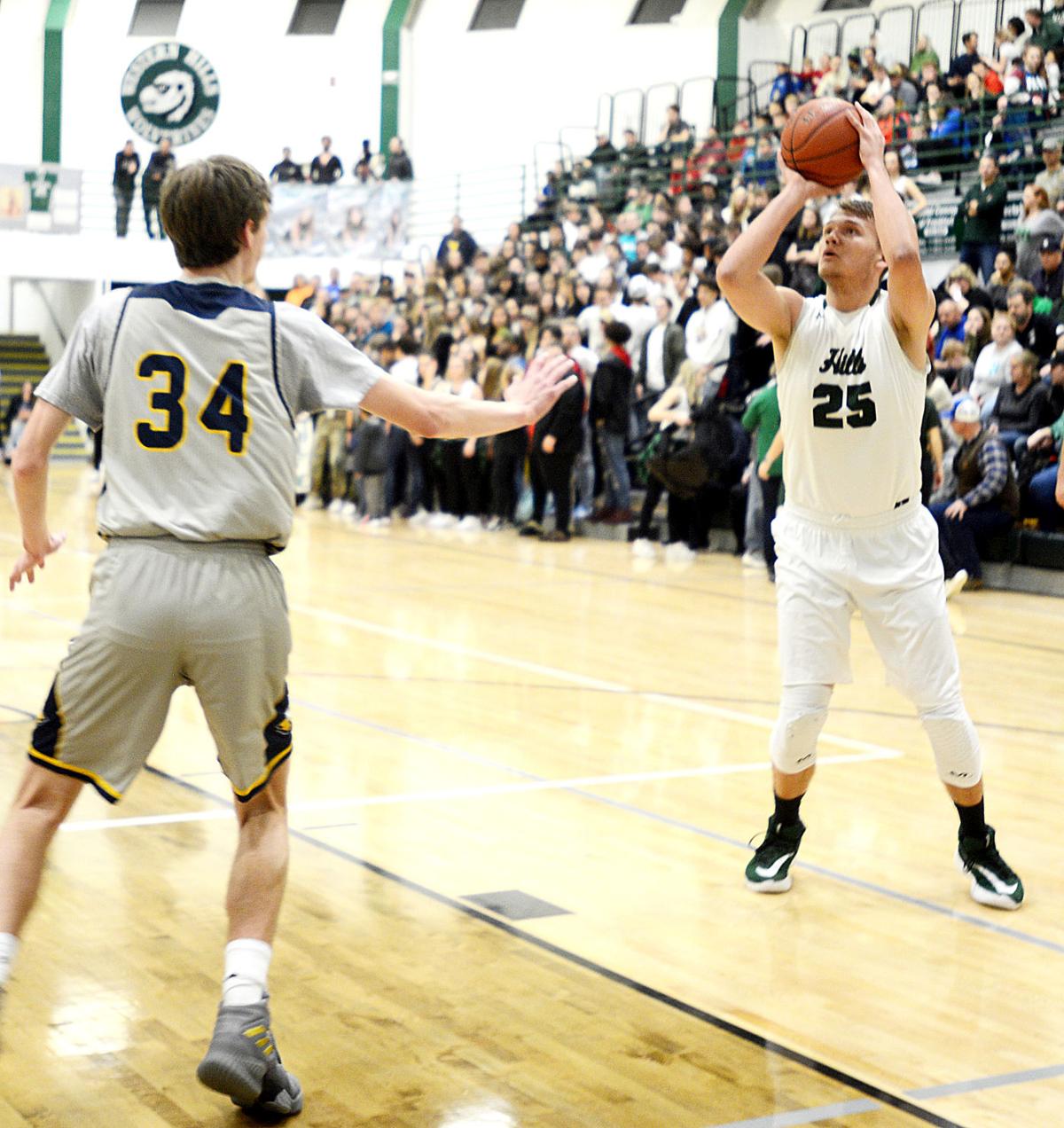 With 1:17 remaining, leading 62-55, Western Hills’ boys basketball seemed to have the game well in hand.

With 2 seconds left, trailing 63-62 and going to the line for one-and-the-bonus, Franklin County seemed poise to complete its comeback.

A missed free throw, followed by a foul and technical foul on FCHS, gave the Wolverines a 65-62 win Friday at WHHS’ Lapsley Cardwell Gymnasium.

“With 1:15 left and down by seven, if you’d told me we’d have a chance to make the bonus and win the game, I’d take it,” FCHS coach Tony Wise said.

The game was close throughout, with the Flyers leading 15-14 at the end of the first quarter and 29-28 at halftime.

The score was knotted at 46-46 going into the fourth quarter.

With FCHS leading 55-54 with 5:23 remaining, the Wolverines put together an 8-0 run with two 3-pointers from Zach Semones and two free throws from Matson Wainwright.

“They felt good when they left my hand,” Semones said of his 3-pointers. “I knew they were going in.”

He also knew the seven-point lead didn’t seal the win.

“We knew they’d make a run,” Semones said. “That’s what good teams do, but we kept our composure and luckily they missed a free throw.”

The Flyers’ 7-0 run came with four free throws by Zyshonne Atkinson and a 3-pointer by Joe Meador.

WHHS’ Eric Gabbard went 1-for-2 from the foul line with 33 seconds left, giving the Wolverines a 63-62 advantage, and FCHS missed the front end of the bonus with two seconds remaining.

Noah Smith and Semones went to the line on the foul and technical, and each player made one free throw to seal the win.

Atkinson scored 25 points to lead all players. Semones finished with 21, and teammate Eric Gabbard poured in 17 points in the post.

“We talked about that at halftime,” WHHS coach Geoff Cody said. “We had to establish an inside presence, and that’s what he did.”

After going nearly 12 years without beating Franklin County, the Wolverines have posted wins against the Flyers the past two years.

Friday’s victory puts WHHS at 3-0 in the district and 7-4 overall.

“We’ve taken a lot of steps. We still have some more to take, but the kids are starting to figure out a way to win. We did a good job mixing it up on defense. I’m proud of my guys.”

Franklin County is now 5-6 overall and 1-2 in the district.

“This was a great atmosphere and a fairly well-played game,” Wise said. “This is the first week, from start to finish, we’ve had every kid healthy.

“We’re a lot better team than we were 10 days ago, but we have a ways to go. I’m super proud of my kids. They played their tails off.”