The City Commission will reconvene on Monday night for a work session that includes discussion of two much-discussed topics: allowing backyard chickens in city limits and a potential joint meeting with the Franklin County Fiscal Court which members of the court have called for regarding the performance of Kentucky Capital Development Corporation (KCDC).

In closed session, the group will also hold discussions that may lead to the appointment of a new city manager. Since August, Frankfort-Franklin County Emergency Management Director Tom Russell has served as city manager either on an interim or temporary basis.

The issue of whether the city should allow backyard chickens dates back to before the pandemic, as a large contingent of Frankfort citizens called for the city to allow chickens as the nearby metros of Lexington and Louisville have.

KCDC is a topic of discussion that has been limited thus far to the fiscal court, which cut the organization’s budget by $15,000 for the second year in a row in a budget made final on Thursday. A majority of the court, at the request of Magistrate Michael Mueller, expressed a desire to meet with the city regarding economic development and the two governing bodies’ financial commitments to organizations like KCDC.

The meeting will take place in-person at City Hall or can be viewed online at the city’s Facebook page. 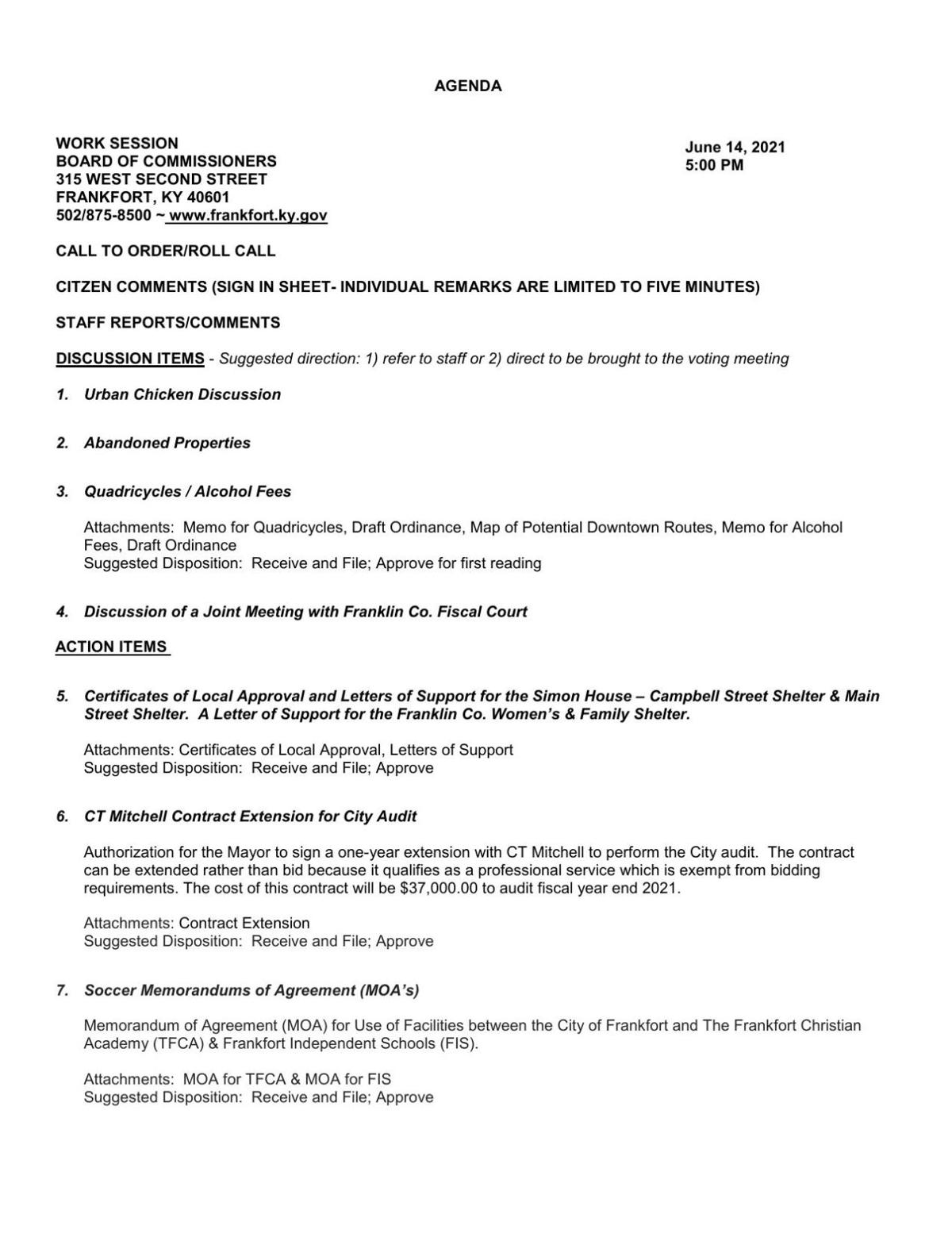 I am against allowing chickens in the city limits. I know that some people will be considerate and do what they are supposed to. I also know that unfortunately some won't. If now taken care of, I know the chickens can be smelly and dirty and cause problems and noise for neighbors. I live in a nice, but close neighborhood and if someone moved in with unkempt chickens, we would probably have to move. We have lived here for 25 years.